Thai One On at Saigon Cuisine in Conway (or Little Rock). 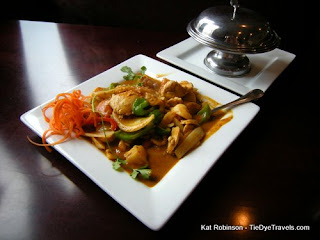 There’s been a lot of pitter patter on Twitter and other social media about the need for good, reasonably priced Thai in our area. So I’ve been on the lookout. And hey, I found some. It’s in Conway at Saigon Cuisine. 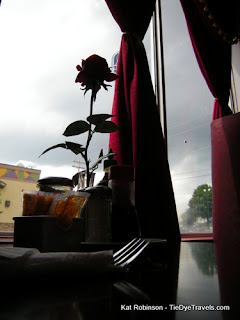 Saigon Cuisine opened a few months ago in the former KFC on Oak Street, just off the interstate. Don’t let the exterior delude you; inside you’ll find an almost elegant atmosphere and some pretty darn good food, too.

I’ve dropped by a few times lately, having been in the area and knowing I needed to try it out. I thought what I wanted was a traditional Pad Thai. I was wrong. Thank goodness I had a good waiter who sorted me out. 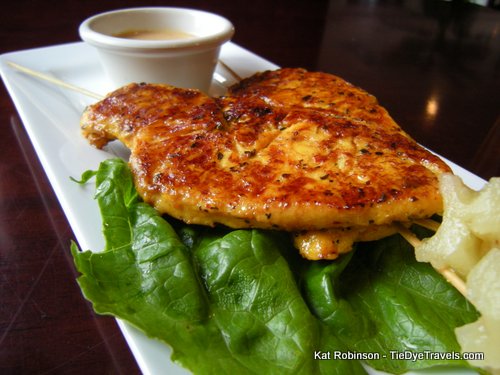 While wading through the extensive lunch menu my waiter came over and asked what I was looking for. I told him I was interested in something with a peanut flavor, was in the mood for chicken and wanted something substantial. He directed me away from the Panang I had considered and steered me towards the Massaman Curry ($9.95), and I decided to trust him on it. I also ordered up Chicken Sate ($5.95) to make sure my peanut craving was satisfied. 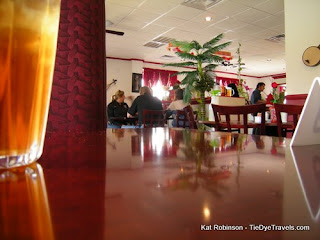 I listened to a table nearby open their fortune cookies and laugh over their results. It was after the lunch rush but lunchtime specials were still in effect (lunch runs through 2:30 p.m.) and foreign language chatter beyond that. I sipped on my tea and enjoyed the soft booth and the warmth of the early afternoon sun streaming through the window. 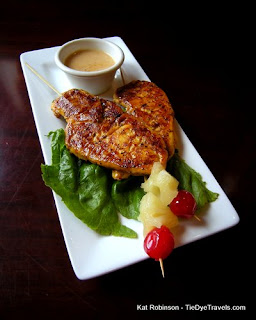 The Chicken Sate was delivered, two hand-sized flat chicken breast slices colored yellow all the way through. The chicken had a lovely flavor of pineapple-induced sweetness and turmeric-infused scent that permeated every morsel. I did find the big portions a bit too much for the thin skewers they came on but happily munched away with the help of a fork, dunking the pieces into the creamy peanut sauce that came with the dish. 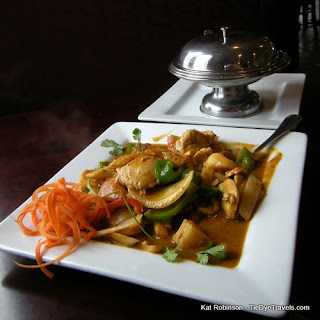 The Massaman Curry came out on a huge square plate, accompanied by a covered dish of steamed rice. Hunks of chicken, onion and green bell pepper were piled on with bits of well-stewed tomatoes, small ovoid potatoes and bamboo shoots. The fragrance was sweet and meaty all at the same time. I liked the balance of coconut milk against the tomatoes, which had absorbed a whole lot of that spice. The dish had a good deal of heat to it, but it wasn’t so much to make me sweat. I was thankful for being directed towards it.

So I had to take friends back to try Sai Gon Cuisine. The four of us dropped by Sunday with a hearty appetite built up, ready to scarf some good eating. My companions indulged in Bubble Tea ($3.75), two of them in the coconut flavor and one a tea flavor. I enjoyed watching their reactions to the tapioca “bubbles” and flavors. 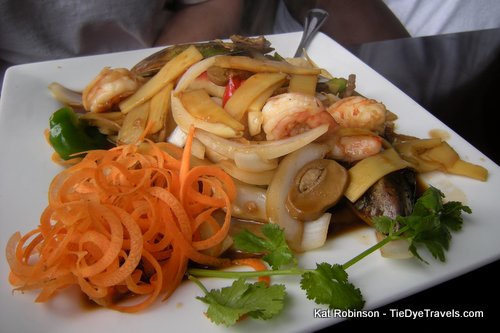 One of my dining companions went with the beef version of the Massaman Curry and agreed to its tastiness, being the only one of the four of us able to eat everything in one sitting. Another chose the Combination Seafood ($15.25), a gorgeous presentation of various seafood in another one of those fine sauces. The Thai seasoned dish was full of shrimp, scallops, squid and these gorgeous green tinted shelled mussels along with red and green bell pepper, mushrooms, bamboo shoots and a whole heck of a lot of onion. The only complaint about the dish were those onions, which weren’t quite cooked through. 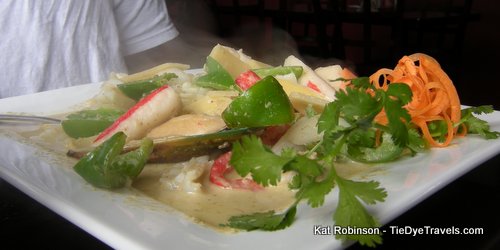 Another chose the similar Lemon Grass Combination Seafood ($15.25), what appeared on the menu to be the same combination of items with a different sauce. The dish came out with a lot more crab and a lot less onion, with a creamy light sauce and large chunks of bell pepper. For what appeared to be so similar, the dishes were apparently quite different. 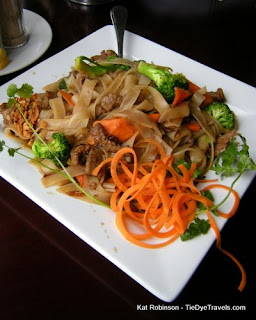 I wanted noodles, so I found some on the menu. The Thai Street Noodles ($9.95) were a more than ample heap of steaming extra wide noodles cooked in a brown and spicy Thai sauce with lots of carrots and broccoli. I’d chosen beef as my protein this time, and was thrilled with the soft chunks of beef, which were coming apart on the plate. The savory flavor had permeated both meat and noodles. It was a bit old plate of comfort.

I have no idea what the desserts are like, because on both visits I’ve been way too full to even contemplate them. But there’s a good variety of traditional desserts, like lychees in jelly and Che Ba Mau (three types of beans in syrup, jelly and coconut milk). There’s also vanilla ice cream.

And the drink list deserves a special mention… with not only the bubble tea and stuff we’re used to like soda and tea but also Soda Xi Muoi (pickled lemon soda), Vietnamese coffee and Aloe Vera drink.

And I didn’t even cover the Vietnamese and Chinese entries on the menu. Which, I gotta tell ya, really is a big book, even at lunch. My suggestion is to figure out one of those cool drinks first and then buy some times with an appetizer while you determine your course of action. 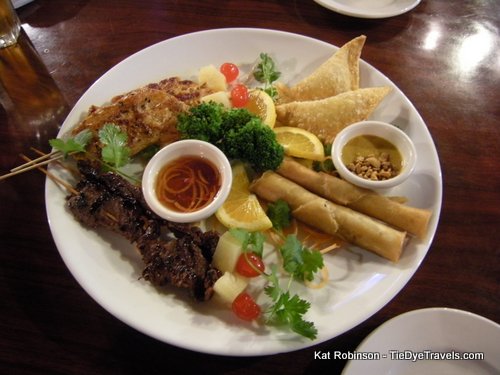 UPDATE 6/22/10.  Went back with the hubster for dinner at the Little Rock location and enjoyed a nice evening meal together. The appetizer plate with chicken satay, beef on skewers, cheese wontons and spring rolls with peanut sauce was rather excellent. 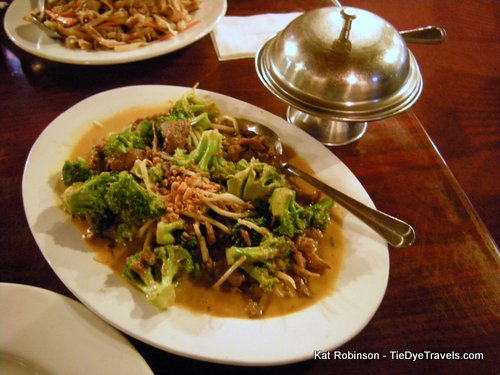 He chose the beef with broccoli from the Chinese menu at the back and was well pleased with his choice. 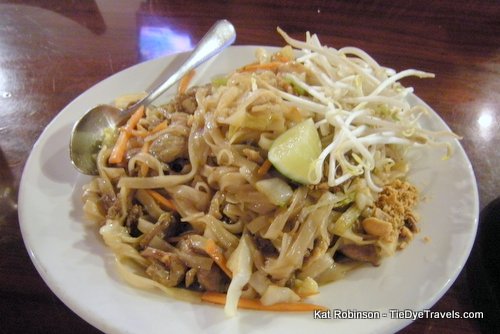 But it was nothing compared to the marvelous Pad Thai I experienced.

UPDATE 11/3/17. A new restaurant. The Dive, has moved into the Conway location. A Dunkin Donuts now lives in the Little Rock location. 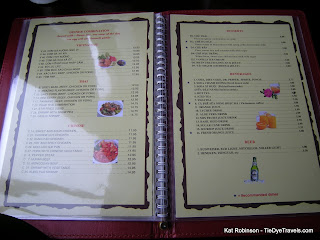 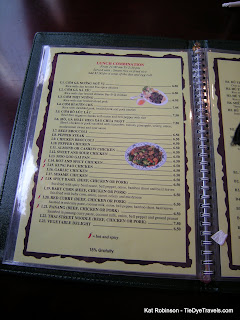 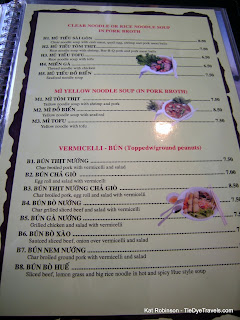 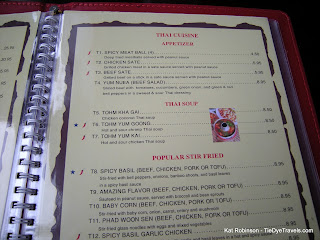 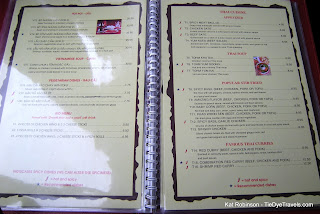 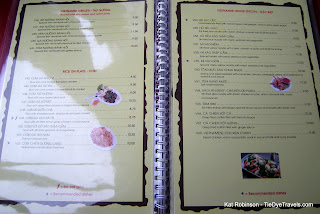 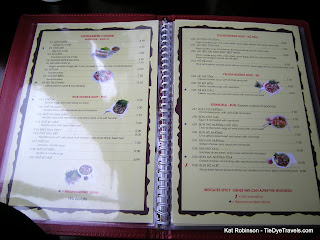 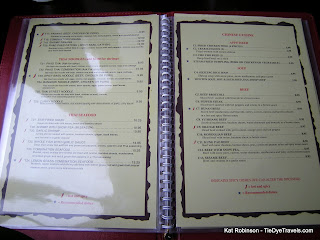 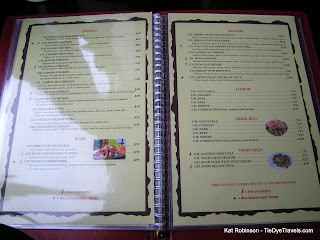