State Line Pie at Sue and Carol's Restaurant in Texarkana. 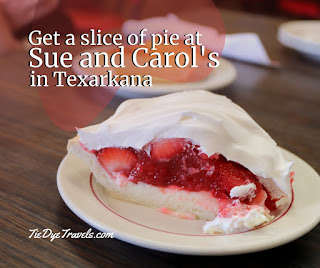 The border city in southwest Arkansas boasts many claims to fame. When it comes to pie, you have to come have a sit-down at this brick-faced eatery just feet away from Texas.

Sue and Carol's has had many homes around the city over the decades. Opened in 1979 by Sue Sanders Hall and her daughter, Carol Rodenroth, this restaurant has always stood busy on quality breakfasts, comforting lunches and a nice selection of pie. I have been blessed to sit down to sit down and enjoy the excellent veal cutlet for lunch, and I am a fan of the creamed potatoes. But the main reason I go to Sue and Carol's is the pie. 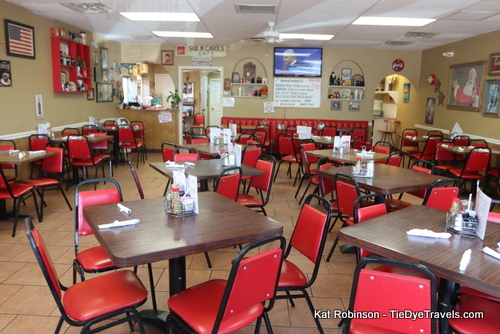 The restaurant is easy to overlook as you drive along StateLine Avenue. Pull in and enter a neat and tidy caramel-colored diner packed with Coca Cola memorabilia and photos of Elvis, both hallmarks of a traditional Arkansas diner. Indeed, I suspect this would have been a favorite stop of Elvis had he been around when Sue and Carol's got started (Elvis was one of many who performed at the nearby Municipal Auditorium back in the 1950s, along with Johnny Cash and The Browns and many others on the circuit). Padded red chairs sit around brown wood tabletops, and notice from the staff is quick. 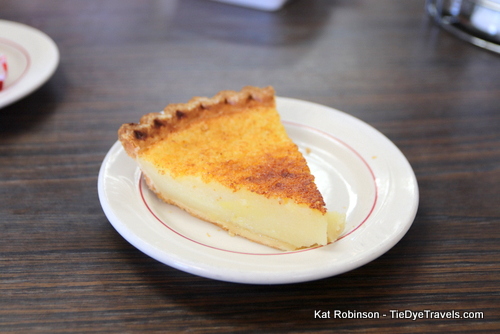 This particular Tuesday afternoon, most of the pies had been demolished by hungry patrons for the day, but my traveling companion and I were able to sample three of the many pies available that day. The first was a classic Arkansas pie, egg custard. The consistency was perfect, a somewhat creamy custard with just enough sugar and the perfect amount of nutmeg. A lovely patina of caramelization adorned its top. 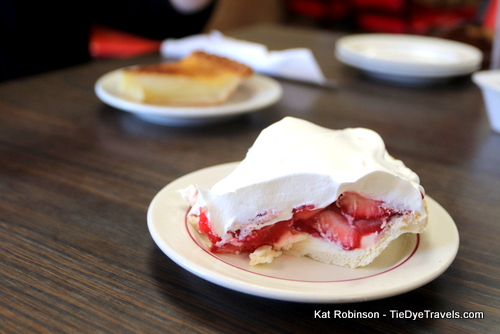 The second pie was one particular to this region, particularly far southwest Arkansas, northwest Louisiana and East Texas. This strawberry cream pie came with its whipped cream top, a somewhat gelatinous goo in-between sizeable berries. Above its pastry crust lay a delicate and thin layer of sweetened cream cheese, just enough to add flavor but not enough to convert the entire thing to a cream cheese pie. The balance was absolutely lovely. 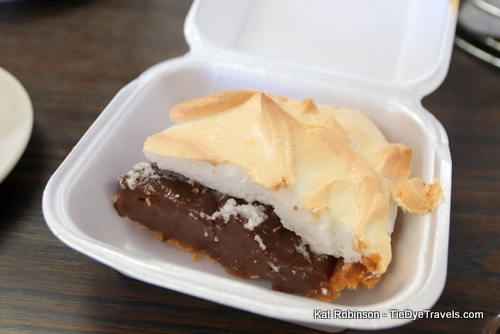 Though these were the two pies we were told left onhand after the lunch rush, the staff found a single slice left of the day's chocolate meringue pie, which was referred to as a chocolate cream. The blindbaked crust held within it a thick pudding-like custard of chocolate, topped with a rather eggy meringue beautifully toasted. 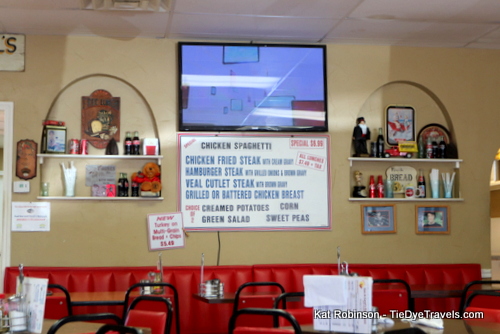 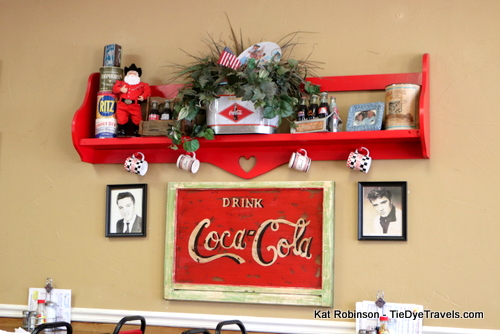