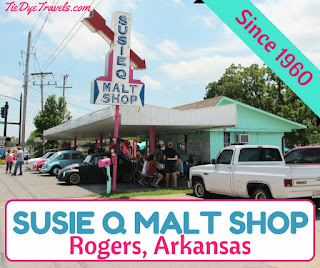 Believe it or not, the teal colored dairy bar in Rogers wasn't named after the song written by Dale Hawkins and performed by many, including Creedence Clearwater Revival. The story behind the name of the popular summertime treat stand and how it got its name, right here.


First thing you should know is, should you come across this listing in the wintertime, feel the tug of frost's sad tears in your heart, becase Susie Q is not open in winter. But it will open again once spring comes, and it is worth the wait.
For those who read this in warmer weather, rejoice! This malt shop along Second Streete has stood the test of time and shows no signs of slowing down. 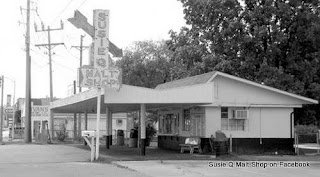 In 1960, the Head family built the original structure as a fruit market, but when her cousin’s business failed, Mildred Head took over the place.  A friend of hers introduced her to a man from the Meadow Gold Ice Cream Company (which doesn’t exist anymore in the area), who in turn helped her choose her equipment, got it ordered and even stuck around to see the business take off. Challenged with naming the new place, Mildred went with the name on the curly fry cutter. Thus, Susie Q’s Malt Shop was born.
Mildred ran the place until 1972, when she let her son J.B. take over. She continued to work there until 1999, greeting customers and helping out. She passed away in 2002.
J.B. and his wife, Patti, kept it up, changing very little about the restaurant or its menu. In 2004, they sold the operation to cousin Patsy Head Simmons, a local realtor who’d been hanging out at Susie Q’s practically since she was born. 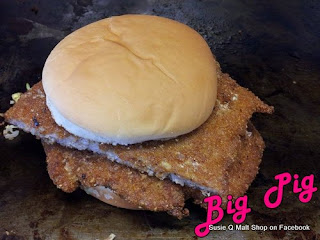 The restaurant is known for the Big Pig, one of the state’s few pork tenderloin sandwiches. It's also a great place for flat griddle-fried burgers, as one might suspect. And of course, can't be a malt shop without malts, right?
I shared the history of the Susie Q Malt Shop in Classic Eateries of the Ozarks and Arkansas River Valley, but I didn't write about it here at the time, thinking I'd get back to it later. And then I kept missing the place being open - because, for some reason, I was in Rogers in November and January and of course it's not open then. 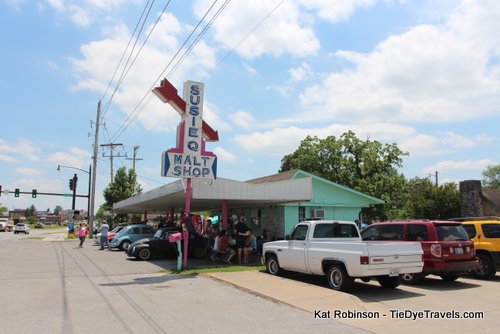 But it was open when I went by to photograph the exterior Saturday... and boy was it open. Here I was trying to cool off (the AC went kerplutz in my car) and needing something icy and maybe something for lunch and hola - the place was full of Volkswagen vehicles. Yep, classic Beetles and other older cars under the VW banner were parked in most of the spots out front. Turns out it was a meeting of the Foul Air Klub, complete with voting for best car in the show. 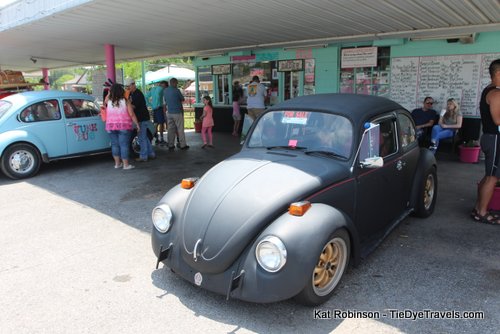 There was a crowd, folks who were standing around and driving around and parking wherever there was space. There was a band out back playing classic rock tunes, and even more VW owners there. And people of all ages were about. 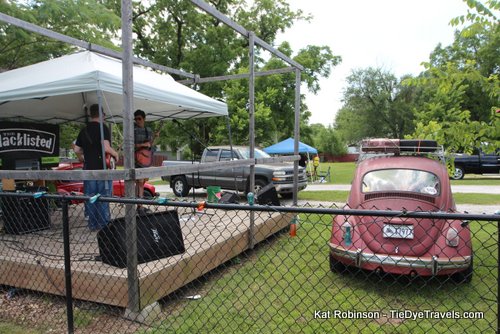 Me? I needed something cold. I headed to the window and waited my turn.
"How can I help you?" the lady at the window asked.
"I'd like a small cheeseburger," I started.
"Everything on it?"
"What comes on it?"
"Pickle, onion, lettuce, tomato and mustard."
"Hold the mustard,"
"Mayo?"
"Sure. Tell me about your old fashioned sodas."
"They're like a shake but with soda water instead of the milk. It's lighter and fluffier."
"Do you have one like a Dreamsicle?"
"You want a Fanta Freeze!" she beamed.
"Sounds good."
"No fries?"
"Not today."
"Okay!" She took my money, handed me a slip and told me "be listening. You're lucky number 14!" 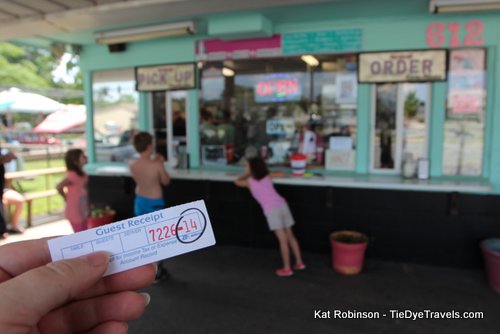 I smiled and looked around. The Volkswagens were neat. There was one dolled up in a red and white panel design with suitcases on its carrying rack and moustaches on the doors. Another one was teal and had a surfboard on top. There was even one painted flat black with a custom interior for sale. 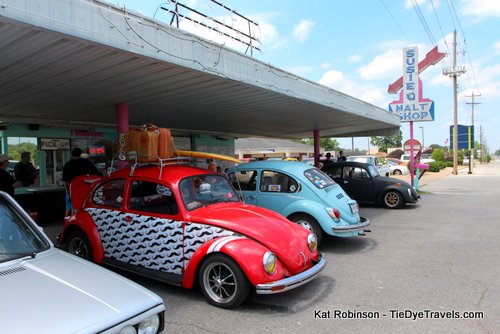 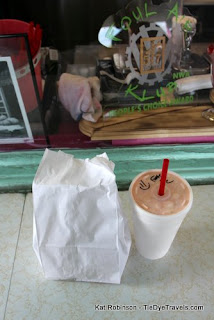 About the time my order had been placed, the callout for Lucky Number 9 had been announced from the window. I anticipated a significant wait and spent my time playing a little Pokemon Go (Susie Q's is a Pokestop). The band broke into a different-pitched version of American Pie and folks took photos of cars.
My wait was less than five minutes, and Lucky Number 14 was summoned to the window. I took my sack and my cup and placed them on the bar between the Place Order and Pick Up windows and took a few shots. 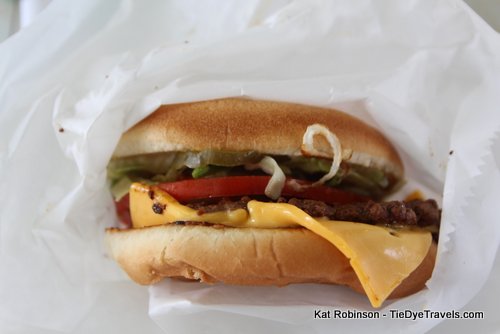 My small burger was actually an average sized burger on a seedless bun with a not yet melted slice of American cheese. The bun had just barely been toasted on the griddle and the tomato was nice and fresh. 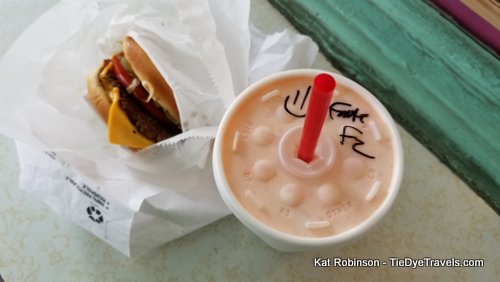 But my eyes were all about that lovely Fanta Freeze, and as I walked back to my car I experienced the tingle of delightfully pulverized icy vanilla ice cream in orange soda, not too heavy but certainly cooling. 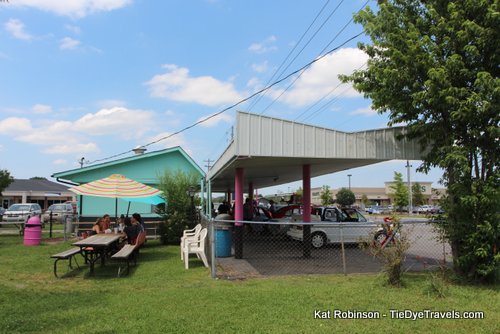 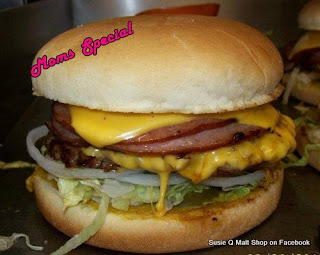 I wish I'd had more time to hang out this particular Saturday, but I had other places to be. I will be back, though - since there are epic burgers on the menu Grav needs to sample.
You'll find the Susie Q Malt Shop a couple of blocks from the heart of downtown Rogers on Second Street. It's open 10:30 a.m. to 9 p.m. Monday through Saturday in season. Keep up with the restaurant's Facebook page and check before you go to make sure they're open. 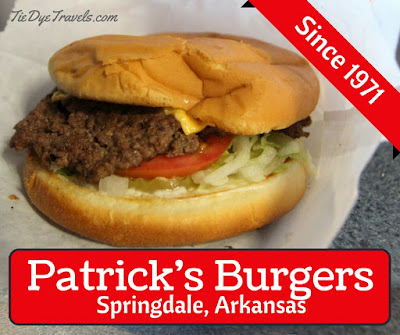