The Ps and Qs of Delta Q in Forrest City. 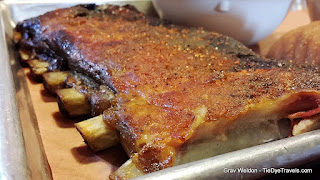 A relatively new barbecue joint is winning fans in this mid-Delta hub. Take a look inside and see what Delta Q in Forrest City has to offer.

Forrest City has long been a gas-up-and-go sauce for crossing the Arkansas Delta on Interstate 40 and US Highway 70. But finding good barbecue hasn't always been easy.  The old Hickory House BBQ a few doors down from the location we visited Sunday has been gone for years, replaced with a Kickin' Chicken.  It was an old fashioned restaurant with barbecue on white bread and... well, milkshakes. 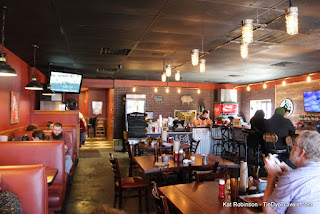 This spot at 1112 North Washington was once home to a Lenny's Subs.  The owner decided to go into the barbecue business, closed down, ripped everything out, redecorated and started over fresh.  The menu is moderately large, the ceiling is painted black and the place is neat as a pin.

Can you really have good barbecue in a hip, clean environment like this?

Delta Q's menu covers so many things, from barbecue standards to egg rolls, nachos and salads.  The tiny print on a single oversized sheet is a bit overwhelming. 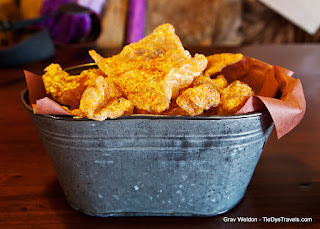 It has one common denominator, its house lagniappe - a bucket of pork rinds. The tins come out to the table the moment you sit down - housemade and house spiced pork rinds, warm and fresh and dang I want to eat one so bad but I know the consequences will be TERRIBLE. 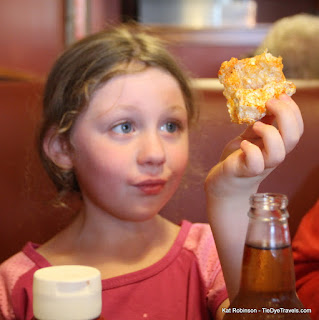 Hunter, having no such issue, devours them.  Her first visit here she was apprehensive, regarding the crispy bits as some new exploration she'd have to endure. One taste, one crunchy bite, and she was hooked.

Seriously, though, the scent of those pork rinds was ridiculously good, and both times I've gone I've watched my dining companions happily crunch away.  It's cruel.  Is there something akin to this with, say, lamb? *sigh*

Hunter could not get enough of the pork rinds at Delta Q in Forrest City. #porkrinds #deltaq #bbq #forrestcity #forrestcityarkansas #arkansasfood #arkansas #foodporn #visitarkansas
A photo posted by Kat Robinson (@tiedyekat) on Jan 10, 2016 at 11:01am PST 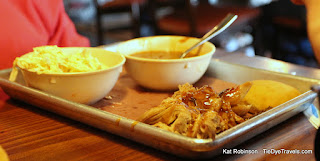 As I mentioned, we've dropped in twice now and covered a whole lot of different foods there.  Namely, my mom and my daughter have both experienced the pulled pork barbecue for themselves.  Hunter was a little baffled by the sliders 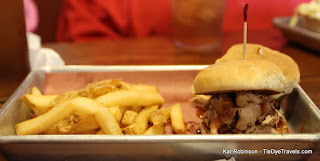 the first time, probably because of the sauce.  The vinegar-strong orange-hued liquid is a little on the thin side and strong on the vinegar.  Did I mention the vinegar?  The Memphis influence is evident, but the pork didn't have a lot of smoke to it.  Still, reportedly not bad. 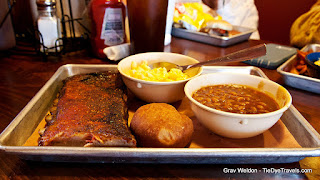 Grav also noticed the lack of smoke on his dry-rubbed ribs, which were dusted well but had little to their smoke.  However, they were very, very tender -- as in, literally fall off the bone tender.

Grav reached for the rib and it just fell apart. He says these ribs at Delta Q in Forrest City are even more tender than those at Rivertowne BBQ on Ozark. #porkribs #ribs #deltaq #arkansasfood #arkansas #foodporn #forrestcityarkansas #forrestcity #bbq #visitarkansas
A photo posted by Kat Robinson (@tiedyekat) on Jan 10, 2016 at 11:07am PST 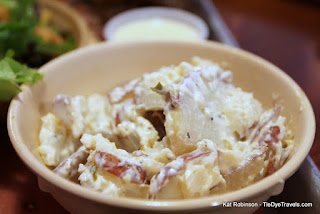 The side items should also be mentioned... the baked beans, with bits of pork in them.  The creamy (yet somewhat bland) macaroni and cheese.  The pretty good sweet potato fries (which could potentially benefit from a dip). The bacon-studded red skin mashed potatoes. A deep green leafy side salad. 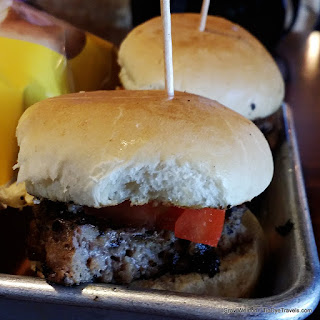 Fat French fries and peppery coleslaw.  And now they are all mentioned.

Our second visit, Hunter went with the burger sliders -- and they were just gone, like that.  I mean, inhaled gone.  She loved them.  She says they were really good and I would trust her on that... but she immediately went to scrounging chips and some of my mac and cheese and hankering for pie (we'll get to that).

There are some in my social circle that have debated whether Delta Q is good barbecue or, please pardon the expression, "white people barbecue," or even mediocre.  All of them tend to argue the merits of Delta Q's pork. 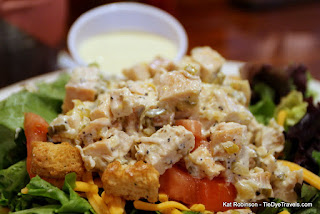 What isn't up for debate is the chicken smoked at the place.  We've tried it now in three applications.  The first time around, I tried the Smoked Chicken Chicken Salad... a chicken salad that's pretty much just chicken, pepper, mayo and cheese on a bed of lettuce, tomato and more cheese and lots of croutons, and what might have been bacon or pulled pork bits but which the waitress really couldn't tell me.  The chicken was excellent, with a nice smoked flavor. 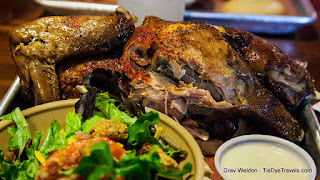 Grav's choice was the best that trip, a half a smoked chicken with two sides.  This thing came off golden brown, glistening, and with the barest touch turned into a pile of off-the-bone meat with a flavorful skin.  This was worth the visit on its own.  It was huge and plump and I kept snagging bits away because dang, it was good. 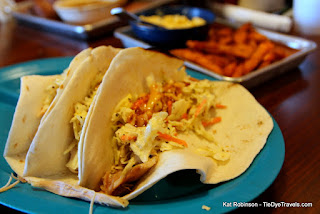 But I found my favorite choice this last trip, in the form of chicken tacos. Unlike the mistake made by many establishments who feel that the term taco must mean that cheese, lettuce, tomato and salsa must be within the tortilla, Delta Q names theirs in shape only.  Some of that marvelous 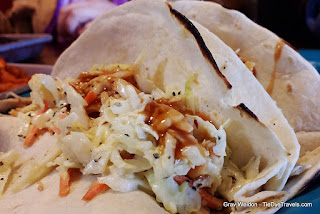 pulled chicken is paired with the crunchy, peppery slaw and just enough of that vinegary sauce to bring out a bite... served in threes with a couple of sides, it's an excellent choice. 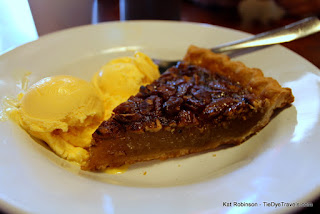 I just wish I could say that about the pie.  I've become a pie snob, I know.  I've traveled too many places and had too many fine pies not to be.  The pecan pie at Delta Q is adequate on its own. It benefits mightily from the proffered vanilla ice cream and from a quick heating.  My daughter scarfed it and loved it. Me?  I was looking at the pre-made pie crust and thinking of what might have been, had I opted to break out of the pie routine and have the banana pudding instead. 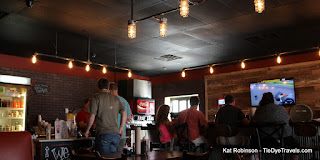 Delta Q isn't the best barbecue in eastern Arkansas, but it's far from the worst.  It's still finding its footing.  It's a gorgeous little watering hole with a bar and some really neat ideas it's playing with on food, but it needs 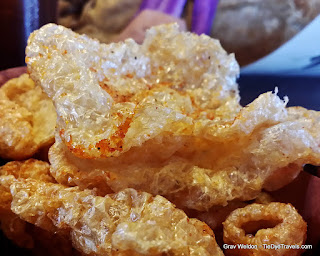 maturity. It needs time for the building to start smelling more like a barbecue joint, after several more months of smoke manage to make it into a bonafied location for at least one of its featured meats.  With a little more time, work, and a lessened use of pre-made items, it'll do all right.

Oh, I should mention, there is sugar-sweetened Mountain Dew in the cooler, along with cream soda and root beer.  And the bathrooms are nifty-clean.

You'll find Delta Q at 1112 N. Washington near downtown Forrest City.  It's open seven days a week (a rarity for Delta 'cue joints) and you can see what's happening on its Facebook page.