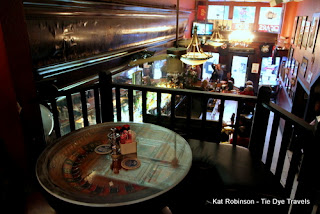 The last of the legendary gambling houses in Hot Springs still stands today, with a magnificent bar and a pretty good burger, too.  Let's visit the Ohio Club on Central Avenue.

Let's start off by clearing the air on one piece of business.  One of those annoying listicle sites has put out that the Ohio Club is the oldest restaurant in the state and serves the state's oldest burger. That's just not true.  The Ohio Club started off as a nightclub/gambling house and eventually evolved into a restaurant.  It has a great place in history, but not as Arkansas's first burger joint.  That's crazy talk. 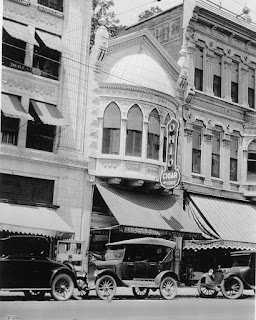 The Ohio Club opened in 1905, and because it's believed to have always served alcohol, that makes it the state's oldest bar (the oldest restaurant, the White House Cafe in Camden, has a bar today but is recognized as opening in 1907 as an eatery).  John Coffee Williams and Sam Watt, his nephew, started the joint and named it after where they were from.  Well, sorta.  Williams had family in Kentucky and Illinois and Ohio, all three, but there was already a Kentucky Club and an Illinois Club so Ohio Club it was. 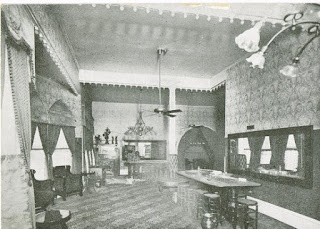 Gambling was a big industry in those days in Hot Springs, and gambling was certainly taking place in Mr.s Williams and Watt's hall.  The prohibition of gambling in 1913 didn't slow things down, nor did the prohibition of alcohol in 1919.  The only real difference after the latter was a fake wall put up front, and a temporary renaming of the spot to the Ohio Cigar Store.  If you knew the right thing to say, you'd be let past that wall and into the sanctum of fun, with a bar downstairs and gambling upstairs. 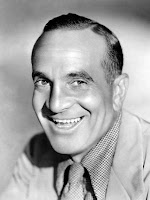 Al Jolson performed in the club back in 1915, and he wasn't the only one.  For decades, different stars came through the doors and sang their hearts out - Mae West and Sammy Davis Jr. and Tony Bennett all rang the windows here.  Babe Ruth was a customer.  So were some of the biggest names in crime families of the 1920s and 1930s, such as Bugsy Siegel, Frank Costello, Owney Madden (who owned New York City's famed Cotton Club), Bugs Moran, Lucky Luciano and, of course, Al Capone.  Teddy Roosevelt is rumored to have had a beer 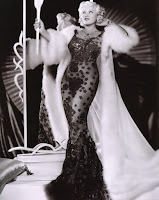 here, making it a presidential point. And of course, Bill Clinton knew the Ohio Club.  Because Bill went everywhere in Hot Springs as a teenager and returned many times as an adult.  To Hot Springs.  I have no idea how many times he frequented the Ohio Club.

The gaming continued long after it became illegal... all the way to 1967.  Everyone knew it.  The Ohio Club even had an ad in the yellow pages, letting people know they could call any time for 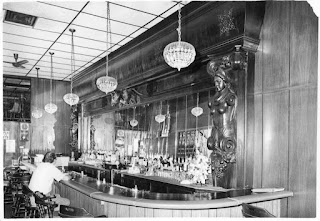 sports scores.  And over the decades, though sometimes closed over a gambling raid or fire or flooding, the Ohio Club still kept coming back.

Current man-in-charge Mike Petty has made sure the place retains its charm.   Some things have come and some things have gone.  Historic photos show a drop ceiling sometimes, but what you'll see when you walk in is a gorgeous expanse of silver-painted tin overhead, original tile below and that impressive 1880s backbar with the half-naked maidens.  That 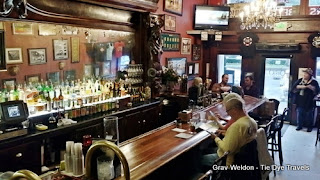 fixture was allegedly found by one of the original owners in Cincinnati, then floated down the Arkansas River and sent by train from Memphis.  At the time, there were only narrow gauge tracks between Malvern and Hot Springs, so when the backbar got to Malvern it was loaded on a special wagon and taken to the Spa City by horse.  To get it in, the front of the building had to be removed.  It's not going anywhere.

But some things do change. Like the carpeting upstairs, which goes out in January 2016 for replacement since it's not even close to original for the joint. 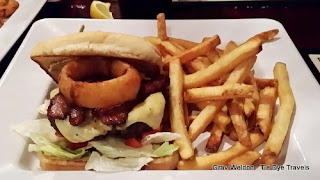 I mentioned the restaurant bit, and the burgers.  I've eaten a lot of Arkansas burgers, but I needed to bring Grav along to sample the namesake Ohio Burger, since that burger comes with bacon.  It's a hand-patted beef patty with a lot 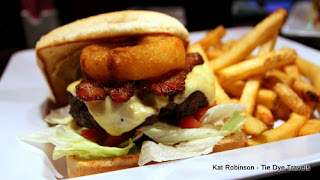 of spice in it, served on a square bun specially made for this eatery, somewhere between a ciabatta and a potato roll in consistency.  The burger includes lettuce, tomato, pepper jack cheese, hot mustard and a single fried onion ring.

Grav says it's a good burger, and it may be the best burger in Hot Springs. 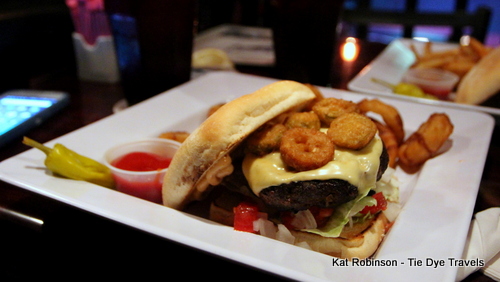 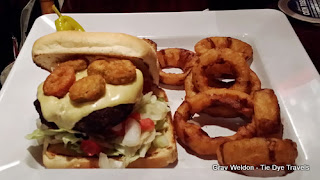 On this trip, I went with the Southwest Burger, which I assumed would be spicy.  I also chose onion rings over the hefty fries that come with the burgers (it's another $2.50 to do so).  The Southwest Burger is a ground beef patty topped with pepper jack cheese, lettuce, tomatoes, onions and fried jalapenos, with chipotle mayonnaise on the bun.  The bun had a nice toasted crunch to it, and the ingredients went very well together, but it was certainly not as hot as I expected -- at least at first.  The heat is cumulative.  The burger patty had a bit of char to it (our waiter told us right off the bat that all burgers were cooked to medium well with no pink, to my chagrin) but it was flavorful.  The soft bread and crisp vegetables and crunchy jalapenos came together for something substantially tasty. 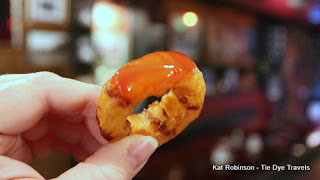 The onion rings were rather hoppy.  Good, crispy, but certainly and strongly beer-battered.

Our waiter did let us in on some of the secret menu items, particularly the 16 Slice BLT.  There's also a joke on the menu, a Fried Mushroom Veggie Burger with a $100 charge for bacon.  Apparently, few get the joke, and there have been tears.  People.

I'll have to get back sometime to show a photo of the fantastic Reuben.  Didn't have a working camera or cell phone on me last time I went. 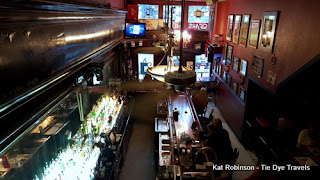 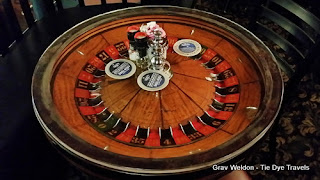 The atmosphere inside, though, makes the restaurant.  For those imbibing, the bar area is gorgeously set with plenty of backlighting and a huge mirror.  For those dining, the upstairs lair and stage are prime, and there's a gorgeous roulette-wheel-come-table you can choose to share with friends and bench seating overlooking the bar below. 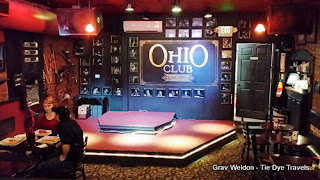 There's music here, too -- piped in blends of swing, big band and rockabilly during the day and live music seven nights of the week.  The restaurant opens every day at 11 a.m. and closed at two in the morning except on Sunday, when the lights are turned off at midnight. 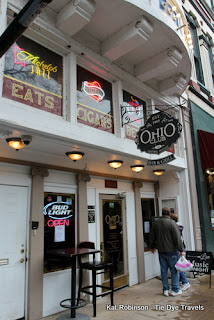 The Ohio Club makes for a great stopping point along the way for Hot Springs visitors, especially those wanting the whole Bathhouse Row experience.  There are a few local beers on tap and more than a few sorts of alcoholage.  Those unable to climb stairs may find their options for seating limited, however, to a bay window table by the door or a few more two-tops tucked in along the south wall. Go for lunch if you're around, or step in for a drink and a good time in the evening.  For more information, check out the website.