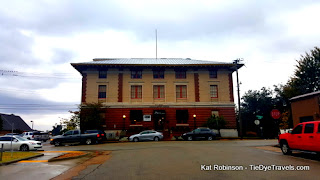 The Old Post Office in Jonesboro is home to a comfortable eatery with a deep history. Sue's Kitchen shines as bright as its airy and light location, with great food and unforgettable pies. 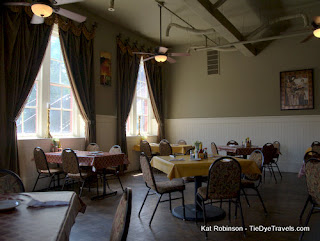 Now, the building Sue's is located in wasn't just a post office. It's also been an annex for the county courthouse and once served as Jonesboro's jail. But back in the late 1980s and early 1990s, it was home to Sue's Kitchen.

And then it closed. That's right, Sue's Kitchen closed in 1994 (a year before I 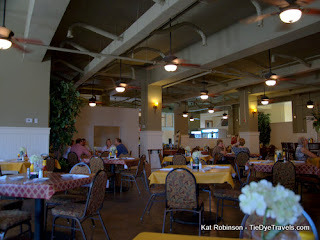 came to live in Jonesboro). It had been the star of downtown eating, situated in the Church Street Station building.

It was the heart’s work of Sue Robinson Williams, who had been catering in the area since 1967. Williams started the restaurant in 1984 and 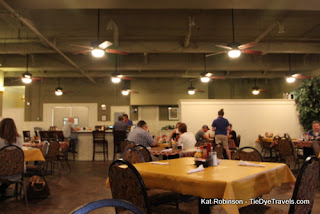 had stayed with it for nearly a decade before turning the business back into a catering affair with Expressly Sue’s Catering. She and her son John ran the catering business until 2005. He took a few restaurant management jobs here and then in the interim. In August 2010, John Williams decided to reopen the restaurant in his mother’s name.

The cavernous main floor of the building is mostly open, with dainty tables and large windows. The menu is very much teahouse meets burger joint, with a nice selection of sandwiches, specials and salads. And on Saturday, there’s a brunch. 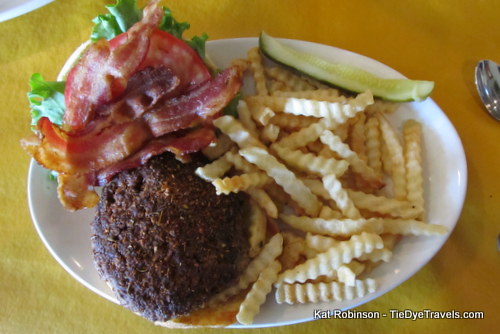 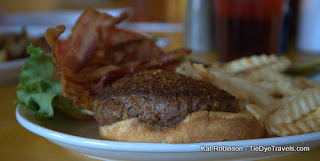 We've dropped in a few times here and there these past few years. Grav's tried the burger and called it good. Specifically, he's a fan of the six ounce Black and Blue Burger, a grilled thick patty with bleu cheese, applewood smoked bacon and tomatoes. It's a substantial burger, that's for certain. 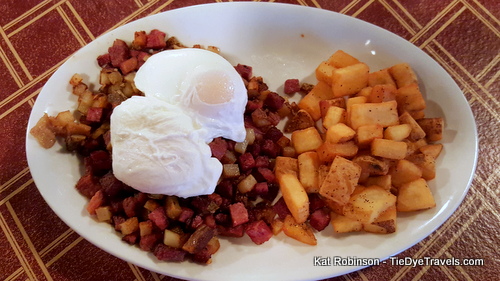 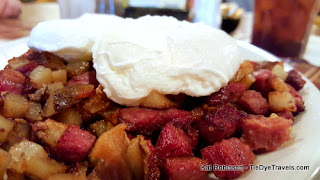 Saturday breakfast is also pretty spot-on. The corned beef hash is a regular go-to for me, and it's the star of John's Favorite. Finely chopped (though a little firm) chunks of corned beef sauteed with potatoes and onions are lovely, and even better with a couple of poached eggs on top. It's a rather filling breakfast... 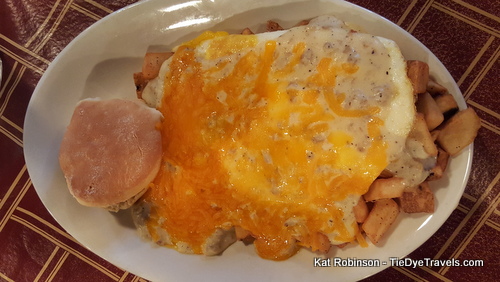 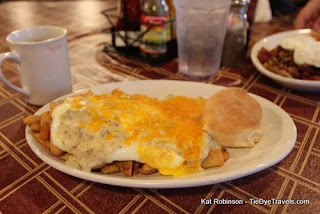 but it pales in its filling capacity to the Southern Pride, which Grav had on his latest feed at the restaurant. It may look like a hot mess. And it is. Seriously, this is a pile of Cheddar cheese, sausage gravy and three poached eggs over home fries. With a biscuit. A really good biscuit. 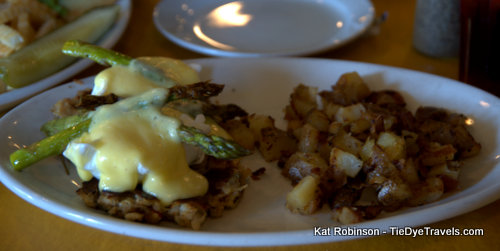 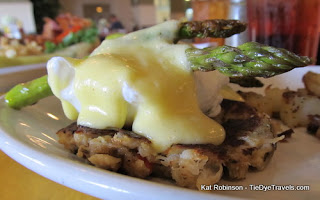 Still, I think Sue's is best at brunch. That's when they serve my favorite dish, the Eggs Benedict Oscar. That's asparagus over a couple of poached eggs on grilled crab cakes on English muffin halves, covered with homemade Hollandaise sauce. Just stop the car and let me out, I'm going in and getting this again. And again. Very, very nice. 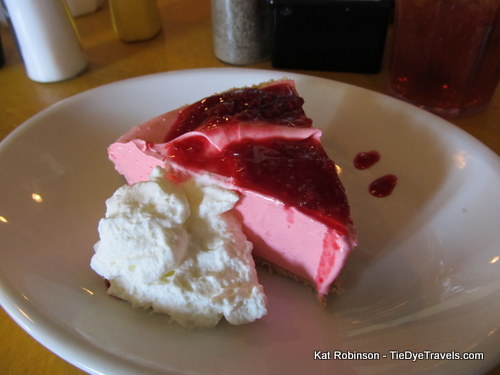 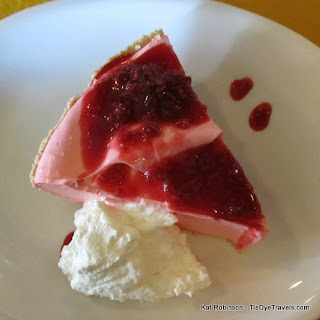 Of course, the reason I talk about Sue's Kitchen? The pies. Now, the legend is that the peanut butter pie was greatly coveted by one particular man, Vincent Price, who begged the recipe out of Sue. My favorite is the gorgeous, luscious, pinker-than-pink delight called pink lemonade pie. A variation on the lemon icebox, this sweet-tart delicacy is uniformly a deep blush pink, drizzled with raspberry coulis and served with fresh unsweetened cream atop a thin graham cracker crust.

Sue’s, you have to go during the lunch hour; it’s only open for lunch Monday through Friday and Saturday for brunch. Check out the classy restored restrooms, and don’t be afraid to ask for a window seat. Here's the website.