How Jamie Farr Saved My Week. 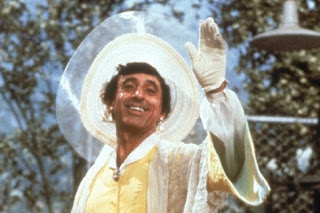 It has been a tough September. I won't sugarcoat it... it has been hell. My boyfriend's mother is dying. His cat just passed away. We work together, and through some bad luck and forces unrelated to us happening with a couple of the clients we write and shoot for, we've had cancellations and postponements that mean unless there's some brilliant hustling, we'll only bring in about a third of our normal pay this month.

But then there was a meme.

I won't go into the mishmash happening in Kentucky over that court clerk who's decided not to issue marriage licenses, reportedly over her beliefs. I'm not a political animal (except when it comes to making sure kids get fed), and I don't like to get into that sort of melee.

However, I do appreciate a good meme. I love the way the Internet has become this host to thousands of memetic mutations of pop culture... sometimes the memes are strange and sometimes they're irrelevant, but I can usually see one pop up on my Facebook or Twitter feed and have a bit of a laugh, usually at the fingers of Uncle George or one of my friends.

I had seen a few of the "still did the job" memes featuring Han Solo and Freddy Mercury. And for some reason, that got me to thinking about one Corporal Maxwell Q. Klinger.

As a child, M*A*S*H was just part of my life.  It had started more than a year before I was born, and ended when I was nine.  I remember sitting on the foot of my mom's bed watching the final episode, "Goodbye, Farewell and Amen," and pretending my eyes weren't dripping.  It was one of the first TV shows that did that, and the finale wasn't the first time.

Looking back, I was probably too young to have been watching M*A*S*H in my single digits. Many of the show's themes were inappropriate for me, but they sailed over my head anyway. I thought Radar O'Reilly was just like me in many ways. As I aged, I grew to appreciate Margaret Houlihan for her strength and the way she held her own with the men in the unit.  I adored Colonel Potter and shared his affinity for horses.

After the series ended, the reruns continued, usually after the evening newscast.  Once cable spread, there was rarely a time M*A*S*H wasn't on the air, and even today it's on ME-TV, where I've watched it and Star Trek (the original series) and Lost in Space. 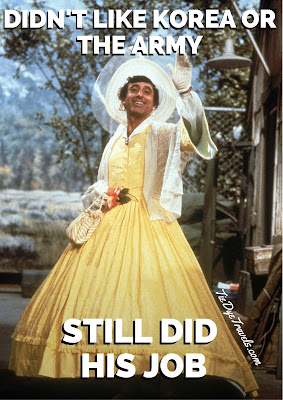 When I saw the memes Monday, I remembered Cpl. Klinger. Here was a guy drafted into a war, who didn't want to bring shame on his family with a dishonorable discharge and who couldn't bring himself to desert the Army. So, with the help of his uncle (who we were told tried the same tactic during World War II and who sent along some of his best finery), Cpl. Klinger tried to get the brass to think he was crazy so he could receive a Section 8 discharge and be sent home.

Jamie Farr, who played Klinger in the TV show M*A*S*H, based his portrayal on that of the amazing Lenny Bruce, who also tried to get out of service in Korea by wearing WAVES dresses. Farr did not depict a gay man (which would have immediately earned Klinger a dishonorable discharge, thanks to the way our Army operated at the time); he played the part of an earnest man who was scared he would not survive the conflict in Korea. Farr did actually serve in the Army for two years in Japan and Korea, though his latter service was after the Korean War had ended. He wore his own dog tags on the show.

I've heard Farr speak about his role in the show over the years, about how he chose to portray Klinger as a normal guy in an abnormal situation.  He talked about how he went to the producers after several years and asked if he could move away from wearing the dresses, because his own children were getting to TV-watching age and it would be confusing to them, and because he didn't want them to be ashamed of him.  Considering it was the late 1970s and how times were different then, I can understand that.

But the character he played, he always played as an everyman who wanted to go home but didn't want to bring shame on his family.  So... the dresses.  I did an internet search, found the image, added the caption and posted it to my Facebook.  A meme was born.

That was Monday evening around 7 p.m.  I didn't think much of it after that... my daughter and I were working through spelling words and laundry and Grav was working on a project all his own.  I did come back to it later that evening and saw it had been shared 12 times.  And then, 44.

And then... it went haywire.  Tuesday I was working on my book proposal and running errands with Hunter and finishing up a story or two.  When I checked Facebook right before 5 p.m., there were 500 shares.  Close to 10 p.m. it was past 1500.  And those numbers kept on rolling and rolling.  The post had gone viral. 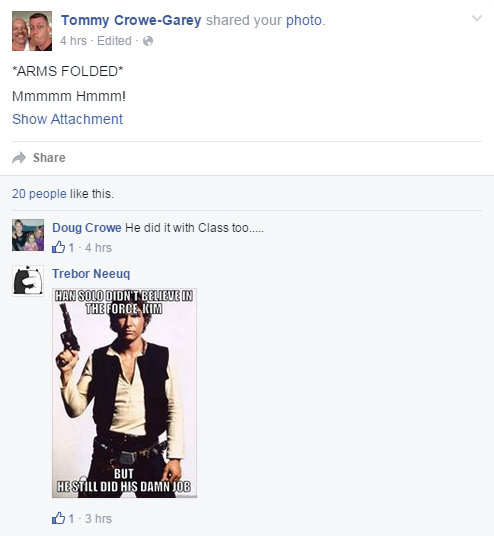 There were a few comments on my page. But when I looked at the shares, I could see comments on the pages of the folks that shared them... questions about whether Klinger was a homosexual, whether he shirked his duties, whether he was really the right person for the meme.  There were others, though, who were reveling in the nostalgia.  M*A*S*H, after all, wasn't just another TV show.  It was a cultural phenomenon at the time, full of understated commentary but also very funny and, at times, very shocking.  I decided to write more than the original "Okay, I made a meme to go with everyone else's meme. Have a Klinger." I wrote my mind, including a couple of paragraphs you just already read.  I also wrote this:

Klinger may have been eclectic and may have been trying hard to get home, but throughout the series he was depicted as being competent (except for immediately after he replaced Radar O'Reilly as camp clerk and was getting the hang of the job) and compassionate. Though not a medical professional, Klinger's acts included talking to soldiers, sometimes helping in emergency ER situations and occasionally being sent to transport people and items through combat areas. You may disagree with the character's decision to wear a dress, but you can't fault his bravery.

Corporal Maxwell Q. Klinger hated the war, didn't want to be in Korea and made it clear he'd rather be just about anywhere else. But he still did his job.

And, as Klinger would often say, "HOLY TOLEDO." As of this moment, this meme has been shared more than 8000 times. That's in about 42 hours. Wow, folks.

By Wednesday morning, my daughter had been handed off to her father for weekly visitation.  I'd gotten the oil changed (and got handed a $1700 estimate for repairs on said vehicle, which I declined).  I'd run all the errands and done the grocery shopping and everything else I figured I needed to do while out and about and gone home.  For the first time in months, I had no assignments, nothing to put together or write.  My proposals were all sent off, my pitches were all emailed, my invoices all sent.  Let me tell you something... when you write for a living, that's a very scary feeling.

Grav was handling wave after wave of bad news about his mom.  He was fighting with a project, a medieval camera he's been working to construct.  And here I was, not really knowing how to help or what to do.

So I read more of those shares, more of those comments.  And yeah, they were about this meme and memories of M*A*S*H and some of them were even strongly political.  But amongst all of that, I kept seeing a different sort of note.  Many of these came from people who shared the meme a second time after I had posted my statements about Klinger. 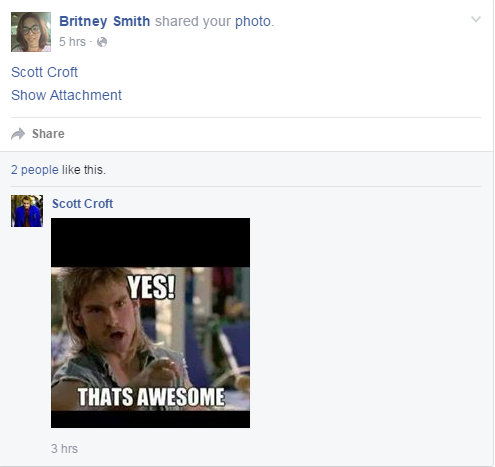 I'll be honest -- when I started losing work this month, I thought it was a big screw-up on my part.  I thought maybe I wasn't doing what I needed to as far as my writing skills were concerned.  Maybe someone felt like I was phoning it in, or maybe my delivery hasn't been as good as it has been in the past.  I don't know if other writers feel this way or not, but yeah, sometimes I beat myself up a little over my own writing.

What I added to the meme was only a few paragraphs, but that made a difference.  And here were total strangers who were sharing a few words of appreciation.  And I am so thankful for that. 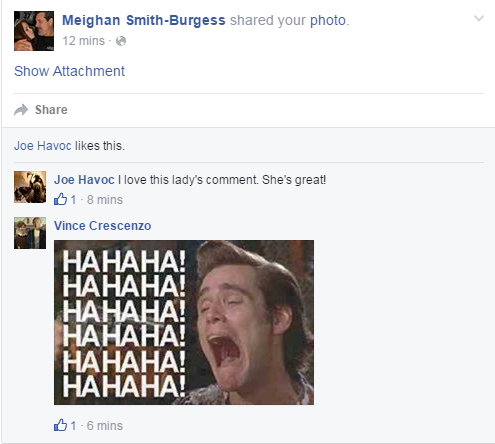 The meme at this point has reached 18,680 shares.  It's slowed down a lot, and I expect it to peter off over the next few days.  There's a part of me that wishes it were my content on Arkansas food that was worth all the attention (after all, my last post, A Glossary of Arkansas Food, is well over 8000 words with more than 100 photos, a culmination of eight years of research).  But another part of me recognizes the whimsy of it all, and I'm just thrilled to have been able to be a part of that crazy Internet meme world for a few minutes. 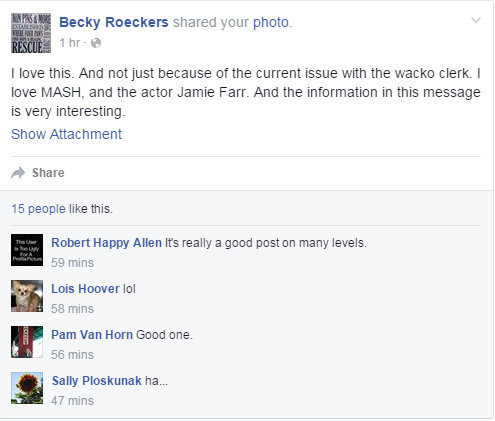 I did look up Jamie Farr on Facebook.  Doesn't look like he has a personal page, though there is a Facebook fan page that hasn't really received any remarks these past few years.  I doubt this will get to him, but if you happen to be reading this, Mr. Farr, thank you.  Thank you for the excellent way you portrayed this character, to make him believable in our world despite the audacious writing and parameters given this one role.  Thank you for doing such a good job that Klinger continued on as a regular in the series, right to the end of the show.

And thank you for bringing some brightness to my week.

All right, back to work... I may not have an assignment to tackle at the moment but I do have a blog and there are still editors out there to whom I can send pitches. I still have a job to do.

Now, some of the other remarks I've seen, just for the heck of it. 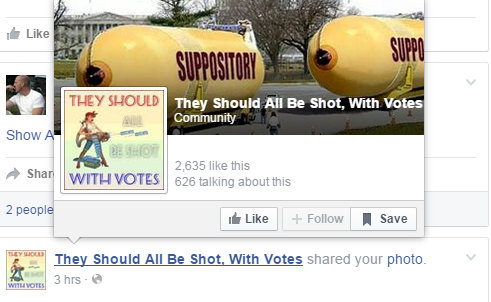 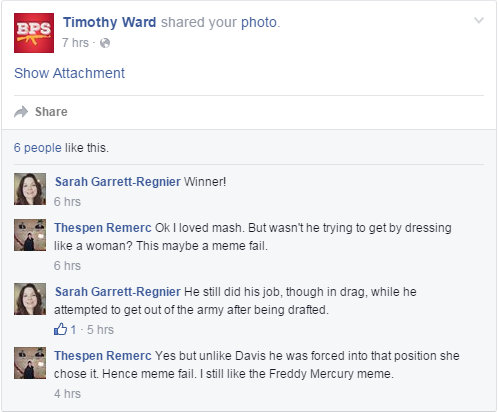 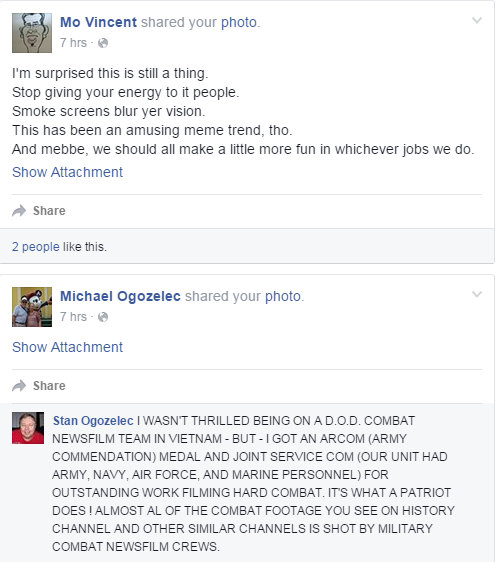 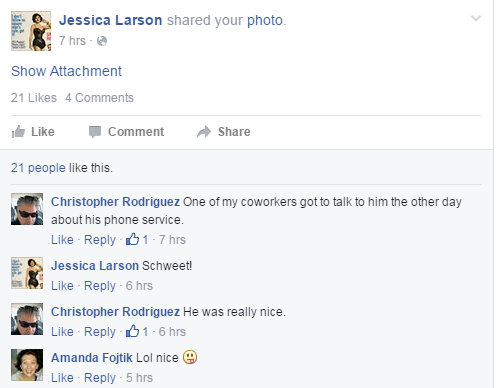 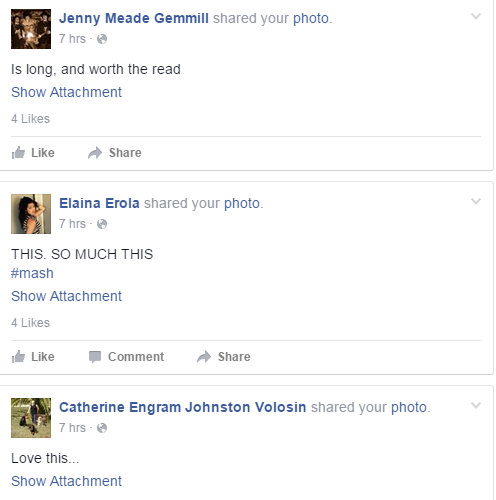 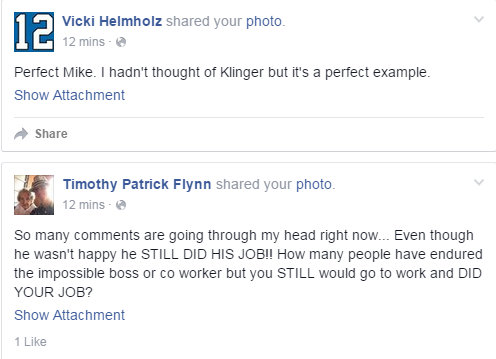 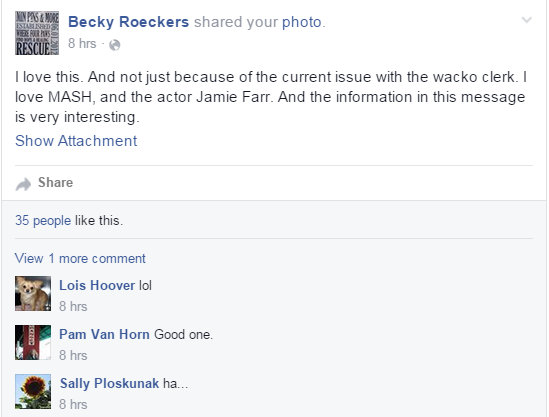 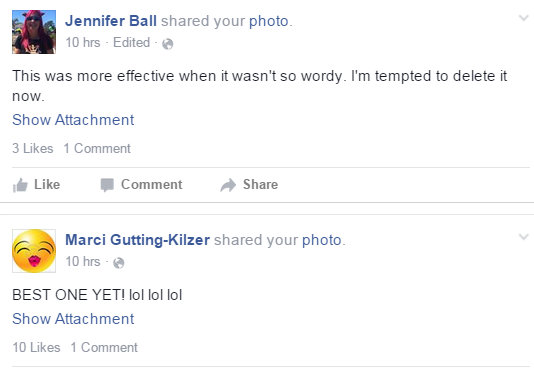 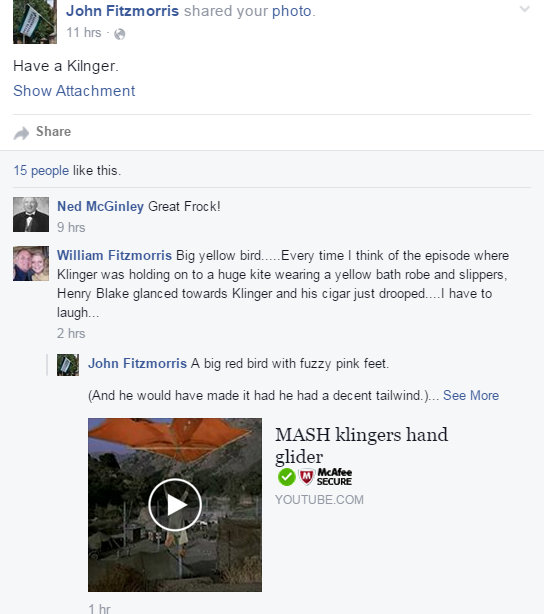 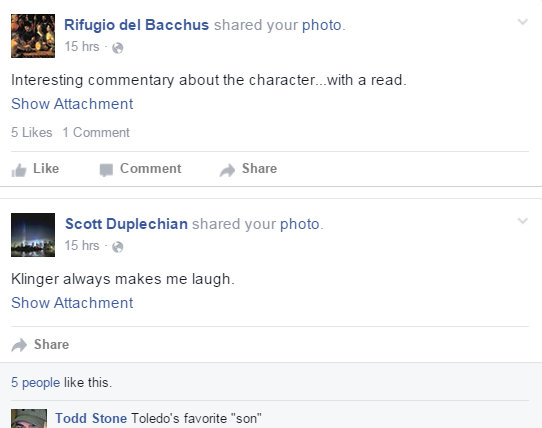 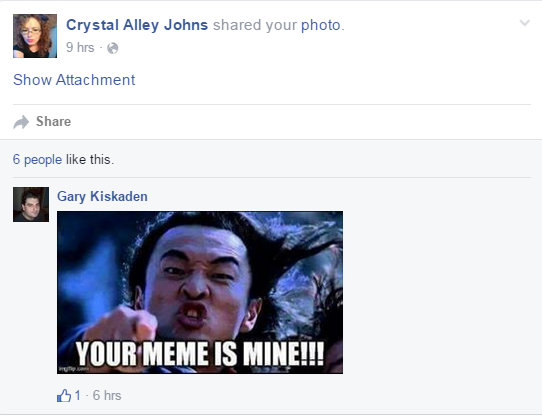 It's made it to Know Your Meme, the Dysfunctional Veterans' page on Facebook, Imgur, the Fark.com forums, and got an after-the-fact snowclone on imgflip.