A 24 Hour Museum in Bentonville at 21c Museum Hotel. 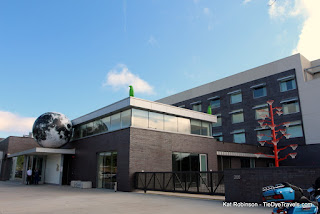 Museums abound all over Arkansas, ranging from historical to artistic to just plain weird. But just one museum I’ve found manages to stay open all the time. That’s the museum at the 21c Museum Hotel in Bentonville.

The hotel’s lobby and first 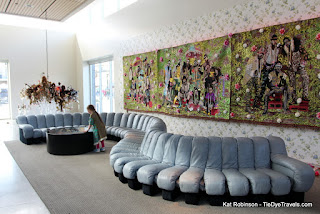 floor layout (with the exception of the kitchen and The Hive restaurant) comprise a first class modern museum with rotating exhibits. For an impressionable young lady like my daughter Hunter, it’s a small maze of amazing things.

Artwork welcomes visitors even before they come through the front door, with the basketball-net created Orange Tree by Alexandre Arrechea and Globule Ubiquity Vibrations, a spherical sculpture by French artist Bruno Peinado… which is, of course, a scale model of the moon! 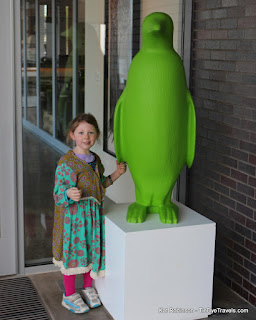 Green penguins, the mascot of the hotel, are also prominent and perfectly child-sized for photo arts, embracing and playing with. They appear everywhere and are moved from one location to another frequently.

The front lobby’s exhibits are displayed behind and around a serpentine couch that’s perfect for young visitors. While adults take in a fur-laden chandelier or giant collage, kids will go for the sand sculpture in the lobby, where they can utilize a wheel to spin the wind and sculpt the sand contained 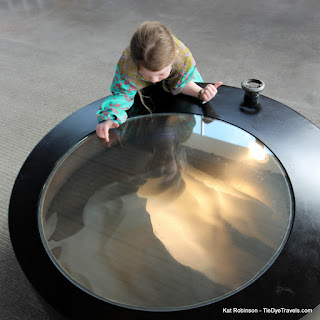 One of the permanent exhibits gets a lot of notice. Flow 5.0, an interactive piece by Dutch artist Daan Roosegaarde, is comprised of dozens of tiny little ventilators with sensors that react to motion, light and speech – which, if your child is like my daughter Hunter, will be an irresistible activity that may take quite a while to enjoy! 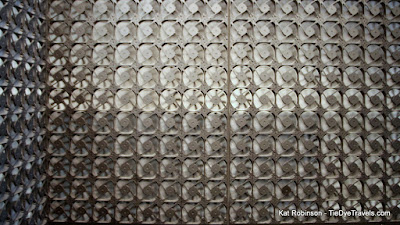 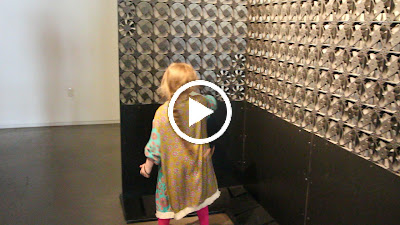 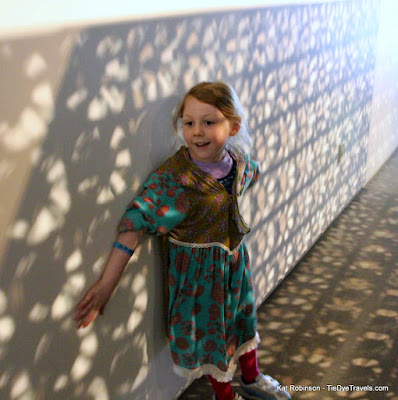 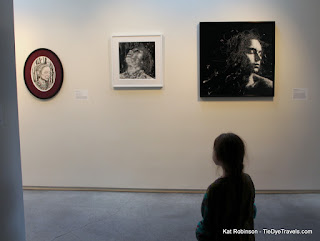 Unlike many other museums that require silence or that are only audibly enhanced with pre-recorded information, 21c Museum Hotel pipes modern music through its galleries, which might encourage your young one to break out a few dance moves.

Hunter dances like her mom.
Posted by Kat Robinson on Saturday, September 13, 2014 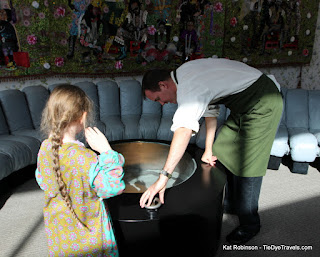 You’ll find the 21c Museum Hotel located northeast of Bentonville’s downtown square. Accommodations are modern, and The Hive (the hotel’s restaurant) is helmed by James Beard-nominated chef Matt McClure. Sometimes he comes out to hang with the cool kids in the lobby, too. 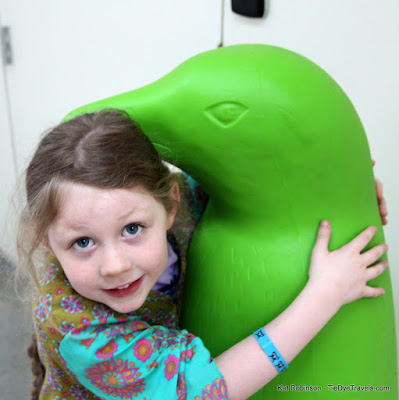