The problem with print is that once something's printed, it's unchangeable.  That was my bit of regret when I stopped in at the Top of the Hill Cafe in Bee Branch this past month.  I was taking my mom and daughter with me to check it out and see how it was -- after being told about the demise of the Chuck Wagon Restaurant, which is actually covered in my new book, Classic Eateries of the Ozarks and Arkansas River Valley -- which had just been published.

I had high hopes and they were met -- okay, sure, there was no chicken fried steak the day we stopped in, but the restaurant was just a few weeks old, and I was willing to cut a little slack.  It was Saturday, so it was a barbecue day -- I had the brisket and my mom had the pulled pork.

Hunter was as usual obsessed with corn and ate most of the corn off my plate.  It was a good hearty meal.

But what really stuck out for me wasn't the cake Mom had or our meals -- but this remarkably sweet, tart, pungent pan pie -- a Possum Pucker pie.  No, not a possum pie like I've shared with you before -- no chocolate here -- but a pie where the bottom is a soft, sweet and crunchy bottom with a sweet cream cheese layer and lemon custard over the top.  This little bit of pie meant I had to come back.


And so I did one late afternoon... only to be swept through the store.  I was given a chance to photograph the sweets in the case up front and then brought to the back to witness the crowning of meringue upon pies.  It was something else.

And rather than mess it all up with a bunch of words... I will let the photos do the speaking this time. 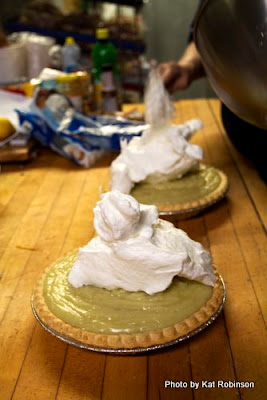 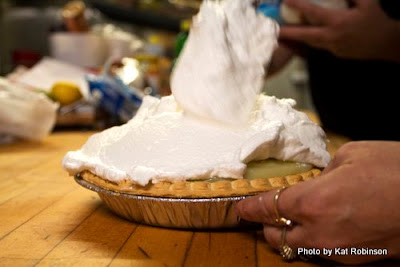 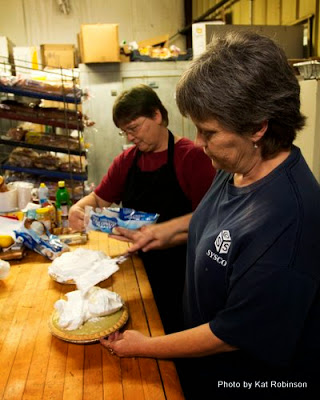 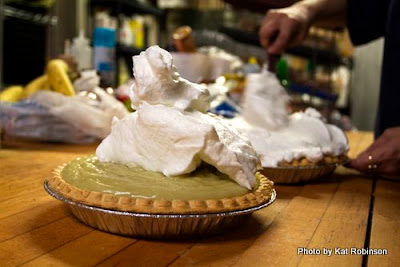 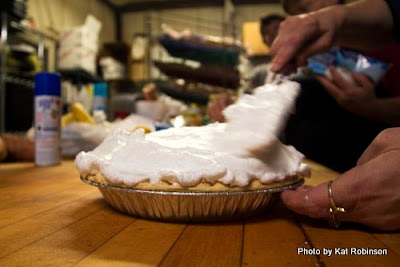 I'm interested in seeing what I find on my next visit to Top of the Hill Cafe.  At this point, the restaurant had just been opened a little under a month... but boy was a lot going on!  I've also been told I must come back for the turtle cheesecake/

You might be able to make it up there earlier than I can -- if you think you'll be in the area or just want to see the progress, check out the restaurant's Facebook page. 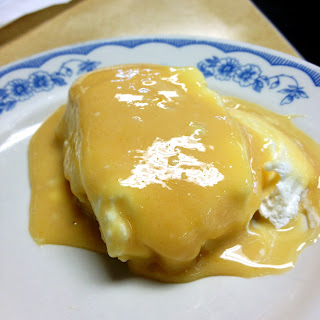 One of the restaurants named in both Arkansas Pie: A Delicious Slice of the Natural State and in Classic Eateries of the Ozarks and Arkansas River Valley -- has moved on. The Chuck Wagon Restaurant in Bee Branch has been sold, and is now operating as the Top of the Hill Cafe. Opened just two weeks ago, this place is promising.

Each day you can get a burger or one of the day's lunch specials (Saturday's barbecue) on a hot line. And every day there are desserts -- bundt cakes, cupcakes, layer cakes and of course pie.

The pie recently experienced at the Top of the Hill Cafe is the Possum Pucker Pie. This is a dessert entirely different from the better known Possum Pie. This dessert consists of tart lemon curd over a sweetened condensed milk cream base and a sweet cookie crust -- for a good combination of both sweet and tart.
Told by Kat Robinson at 10:00:00 AM