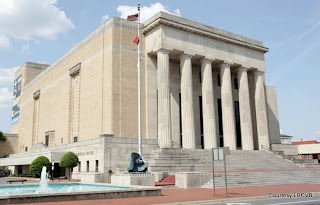 In the movies, pretty much all my life, you see people dreaming of ending up at Radio City Music Hall. I never really dreamed of that (I had no desire to be a Rockette) but I did want to end up on another stage – that of Robinson Center Music Hall in Little Rock.

I suppose I wasn’t really dreaming big, but to a young child growing up in 1970s Little Rock, it was the big time. Sure, when rock stars came to town, they went to Barton Coliseum… but when good music was involved or theater came in, the best seats in the house were on the floor of the august structure. 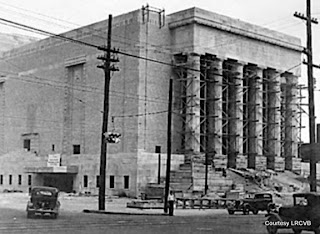 Mind you, it’s been around a while. The Joseph Taylor Robinson (absolutely no relation to me, btw) Memorial Auditorium opened in 1940. Named for the Arkansas senator who supported the effort to create a new venue for performances, the hall replaced the auditorium at Little Rock High School (now Central High) as the largest such space in the city. It featured a big performance hall with a mezzanine and balcony, and another hall for all sorts of activities – including basketball games, conventions and ping pong.

After the Arkansas Symphony Orchestra made the auditorium its permanent home in 1966, changes were made. An extensive renovation in 1973 took out the second performance space in favor of an underground parking deck, and that year the facility was officially renamed Robinson Center Music Hall.

My mom and I had several trips to Robinson over the years. I recall from my earliest days her tales of playing on that stage (Mom was a saxophonist) – and how somehow during the performance of Gustav Holst’s The Planets, the art deco light fixtures overhead spun about. I had my first performance there as a young ballet student when I wasn’t much older than Hunter – a performance I best remember because it called for a cartwheel and I never managed to master a single cartwheel in my life. 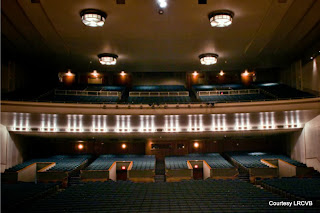 I performed there again in my adolescence with a variety of groups, including the Arkansas Youth Symphony. During plays there, I can recall the crowded dressing rooms, accessible by a spiral staircase. To me, it was absolute magic.

However, what was magic to a teenager can’t be all that wonderful to a touring group. I’ve been lucky enough to see so many shows brought in by Celebrity Attractions over the years – Beauty and the Beast, The Producers, Miss Saigon, Rent, Stomp, Mama Mia, you name it. I’ve seen 1964 as The Beatles, the Russian Ballet’s Nutcracker, even the Beach Boys on that stage. Knowing the tight quarters backstage, I’ve been surprised that every act’s been able to pull it off.

But there are other shows I’d like to see – like The Lion King. It can’t come here right now – because there’s just no way to get those sets in or handle that sort of production staff size. The lone loading dock faces out onto Broadway… and to get one of those big 18 wheelers for the production in there, police have to shut down the street.

There’s also the acoustic resonance inside. Music fans, you should be nodding your heads. Up front and center, the sound’s great – but there are many echoing nooks and crannies in the big hall that cause dissonance.

I love the history behind Robinson, and I love its epic columns and glorious steps out front. But I also know what it’s like to stand in line for one of the limited restrooms during an intermission – and the limited foot traffic pattern that requires planning ahead. If you’ve been to a weeknight performance and stood in the crowd waiting to go down the one escalator from the balcony, you know exactly what I’m talking about. 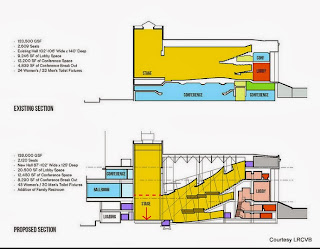 That’s why I support the renovation of Robinson Center Music Hall. I was one of a group who happened to catch the briefing in September about the plans to redesign the hall. The new plans call for a massive change in the inside of the building, without changing the façade. The performance hall itself will be opened up and lowered into the hall below, angled and transformed to a more acoustically correct facility. The stage will also be dropped a whole story – which will allow for the creation of new theater access for productions from Cantrell Road. 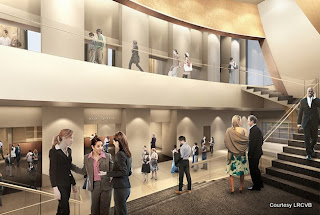 That bathroom problem? Gone. The new plans calls for a three level lobby with more restroom facilities being built into the levels below the current lobby. If you look at the current plans, that puts those facilities where the conference center lies today. 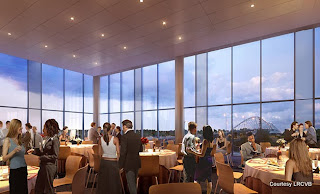 But conferences will still be served by Robinson… thanks to a new addition that will go on the back side of the theater, overlooking the Arkansas River. A big conference center, topped by a grand ballroom, will complement other meeting spaces around town. This one, though, will have the best view of Dickey Stephens Park, the North Little Rock riverfront – and the new Broadway Bridge. 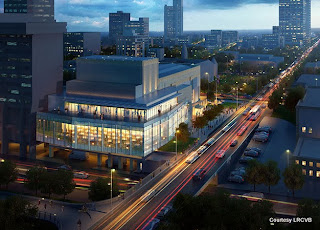 Oh, but you’re wondering why I’m getting political. Thing is, I’m not. The City of Little Rock has come up with a way to pay for this that won’t change what you pay for this and that. There’s an existing 2% Advertising and Promotion Tax that was dedicated all the way back in 1980 to pay for the Statehouse Convention Center. That tax was allowed by Act 185 of 1965, which allowed for a tax of up to 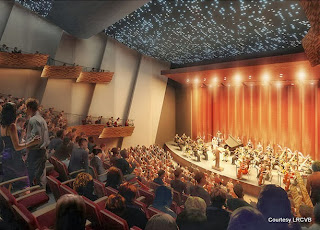 three percent on hotel rooms and prepared foods (restaurants) to cover things in cities like convention centers, tourist-oriented facilities and promoting those towns. It’s already there. The election coming up December 10th would allocate the funds generated by those taxes to the renovation of Robinson Center Music Hall. The city expects the renovation to cost around $68.6 million dollars -- $60 million just for the construction and the rest for upgrades that the Center desperately needs. 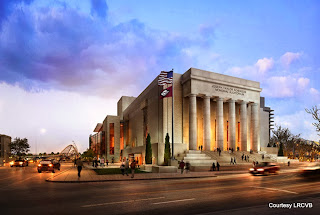 Does this mean the place will be bigger? Strangely enough, Robinson Center Music Hall will lose a few seats – and the overall facility will lose about 4500sf. But when it’s done, it’ll be a LEED-certified structure, and a good anchor to the western end of the entertainment district in downtown Little Rock.

The renovations won’t change how I feel about Robinson… and maybe one day I’ll figure out someway to be back on that stage myself. Doing what, I have no idea, but hey – everyone hopes for a moment in the spotlight.

If you'd like more information about the plan, check out this site.
Told by Kat Robinson at 4:30:00 PM