Getting the Whole Hog, or Some of It, on the Table. 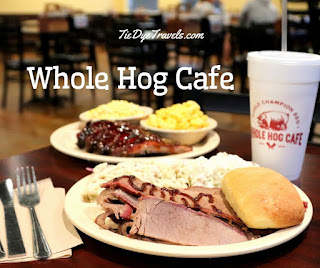 Whole Hog Cafe has received nationwide renown for its smoked meats and selection of sauces. Here are some of my thoughts on this giant of Arkansas barbecue.

In a nutshell, it's pretty good. But that's in a state where there are so many excellent barbecue joints, being pretty good is adequate. 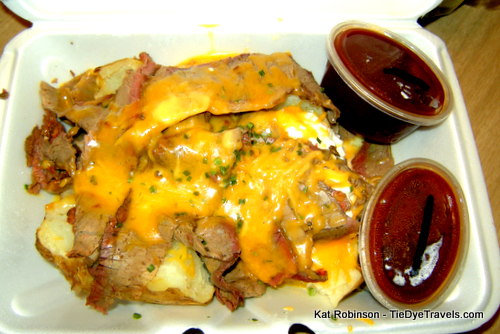 It's not that I dislike Whole Hog. On the contrary - their stuffed baked potato is one of my favorites, though I think $5.99 for the potato and an additional $3.89 to add beef is a bit up there. I like it because the brisket is ample, the cheese is generous, and the entree requires no side dish. I am quite happy with eating half of this monster for lunch and having the other half later. It is literally meat and potatoes and I can get solidly behind that. 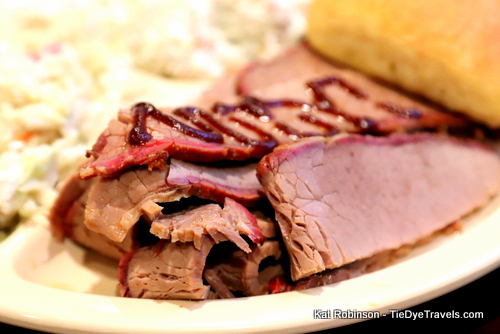 And that brisket itself is pretty good - soft as it should be, with just the right amount of smoke ring, though I'd love a little more bark. I prefer it sliced, but chopped is also good, and it's satisfying. 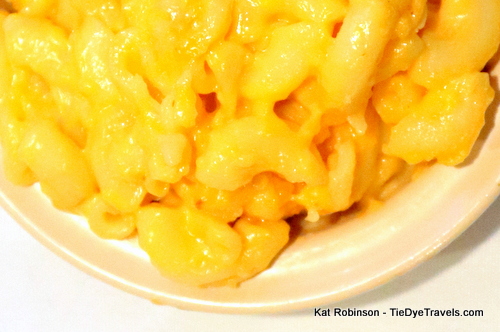 I like the macaroni and cheese, but it's hard to make a mac and cheese I don't like. 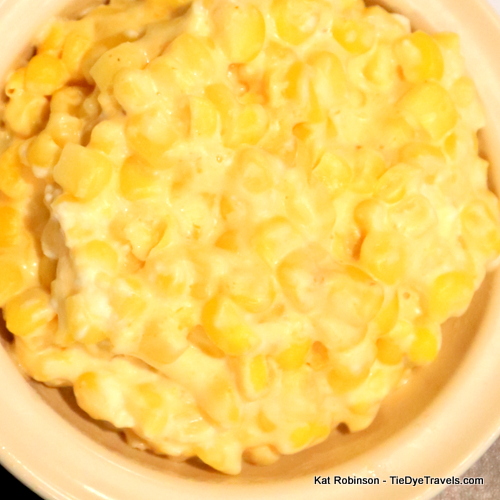 I REALLY like the cheesy corn, with those jalapeno notes. It's like my mom's Mexican cornbread without the bready grain to it. 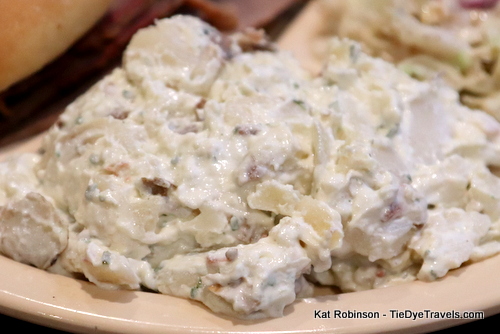 Grav so very much digs on the potato salad, which is creamy but not tangy, with bits of meat, almost a meal in itself. 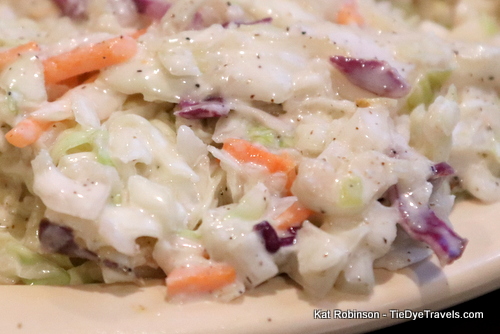 And I can take or leave the lightly peppered coleslaw. It's above average. 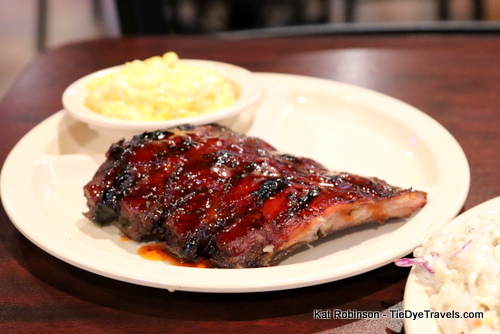 But the place where Whole Hog Cafe shines is in its treatment of pork, whether on a sandwich or by the pound or in a slab or half slab of ribs. I have vicariously enjoyed the description of fall-off-the-bone ribs with that gorgeous glaze. But not being able to enjoy it literally means I can't truly understand the magic.

And that's where the issue lies with me. Whole Hog Cafe makes the claim that they have a barbecue sauce for every taste. With six options, that's mostly true. But it's not true for me. If I have to pin one down, I'd go with the #5, which is thick and sweet and a little smoky. But I want it about 2/3rds that sweet, with some black pepper and a hint of mustard to grace my brisket. And no matter how hard I try blending #5 with #3, #1 and #6, I just end up with an unsatisfying mess and leave embarassed that I decorated a plate so lavishly with sauce to not really utilize it.

Truth is, I don't want to be the heathen that walks in and asks for a sliced brisket Cheddar grilled cheese, which is how I feel the brisket would be best utilized. That's not fair to the restaurant or the people that run it.

For now, though, any time I end up meeting friends at one of the span of Whole Hog Cafes around Arkansas, I suspect I'll dip into my regular routine of a brisket loaded baked potato, and dream whistfully that I could eat pork so I could suck on those ribs myself.