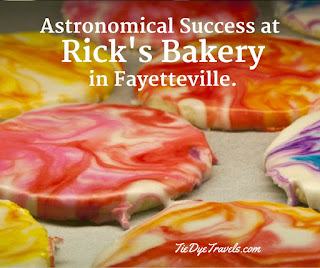 These are the prettiest tie dye cookies you will ever see.  And they were created by a rocket engineer. It's time for the story of Rick's Bakery in Fayetteville.

Rick Boone had a full-ride scholarship with the Air Force.  After jobs in the space industry dried up with the end of the Apollo program, he needed something to do.  That something came in the form of a tiny doughnut shop in a strip mall.

Within a few years he and his wife Sharon managed to blow up the business with seven locations.

But maybe there was a bit of rocket scientist left in Rick.  He realized he wasn’t making any money with all these little operations here and there, so he scaled everything back to just the one store in that same strip mall. 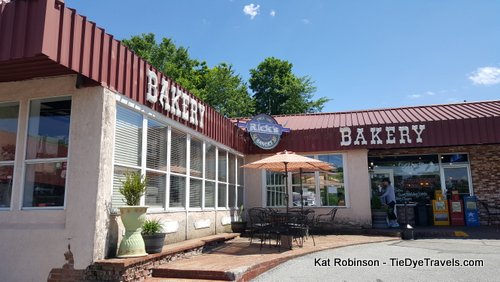 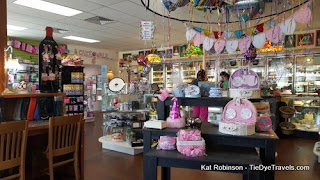 It's not a tiny little hole-in-the-wall any more.  Through a move to another spot in the shopping center and through one expansion after another, Rick’s Bakery is now 12,500 square feet of cake-wielding power… a giant in the baked goods industry in Hog Town.  There’s often a line out the door, and there are more baked goods than you can mention in a minute – even if you’re the Micro Machines guy.  Remember him?  No?  I’m old.

Every day, several hundred customers come through the door.  Several thousand doughnuts are sold.  About half the bakery’s business comes from decorated cakes – and just about any time you walk in you’ll see someone tackling a new creation. 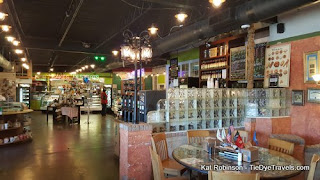 To me, what stands out most at Rick’s are the colors – bold, bright, sometimes even brash.  Every case beams with color – from the sprinkled doughnuts to the eye-popping cakes to almost tie dyed iced sugar cookies.  Rick’s Bakery really has become a bright spot – and a must stop – along US 71’s business route in Fayetteville. 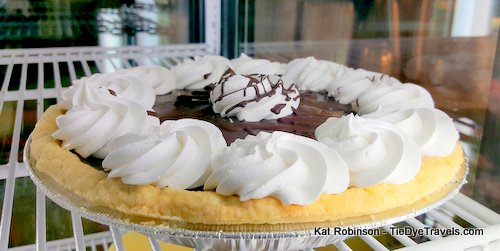 Of course, I should mention the pies, just because that's what so many of you come to read about on my site. Rick's does fine in this regard with three solid flavors of whole creamy pies. The chocolate silk is absolutely a must if you can only have one - a nice, deep, darker chocolate than most cream pies, smooth and satisfying. 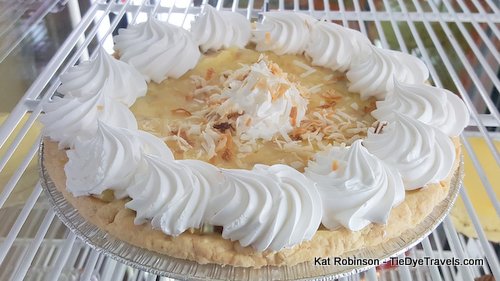 The coconut cream pie is a classic in its own right, with the custard the star of the show and the whipped cream added as a flourish, not a layer in itself. The toasted coconut flavor throughout the pie is marvelous. 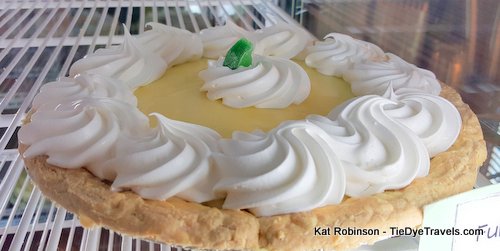 Rick's also has a delightful Key lime pie that's not too piquant but plenty bright. 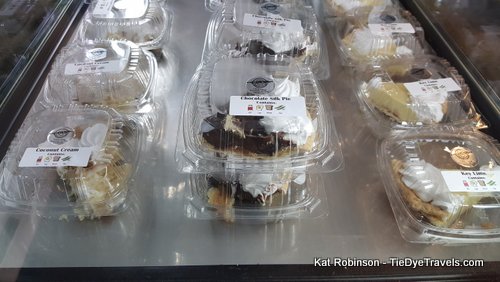 Best of all, if you don't feel like a whole pie, you can usually find pie by the slice packaged and ready to go at the bottom of the pie case. 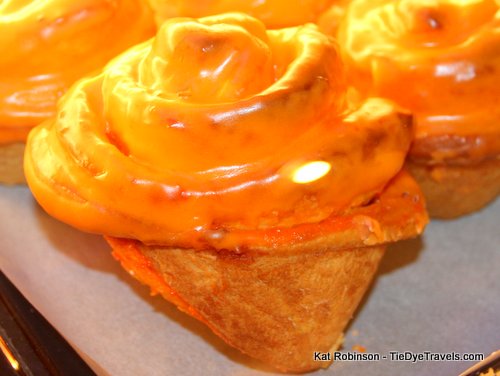 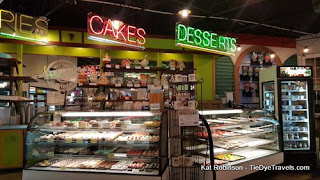 Me? I usually end up asking for an orange roll. Rick's does a colorful version of the classic, a cinnamon and sugar and orange infused roll with orange (flavored and colored) icing poured on top. The orange rolls are usually available on the weekend, though, and somehow I end up finding myself there on a weekday. Fortunately, the oversized cinnamon rolls are a decent substitute. 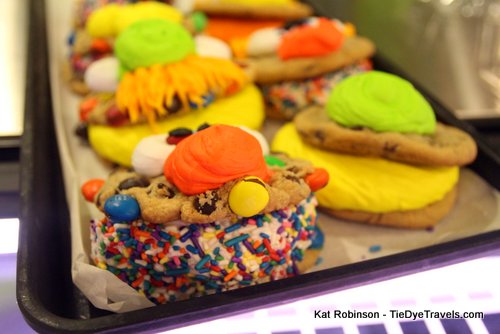 Hunter has become a fan of the monster cookies, more than anything else. These are double-cookie sandwiches of fluff, decorated like Muppets. There's something satisfying about biting into the head of a Muppet, I guess. She digs them and asks if I picked her up one when I mention my Rick's visits. 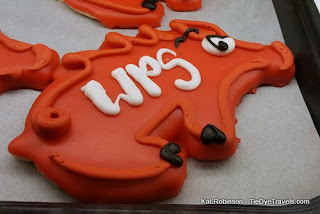 The cookies are always just amazing. Of course, the tie dye cookies caught my eye on first visit - iced sugar cookies with a kaleidoscope of color. But there are others to celebrate holidays, gamedays and even just nice days. 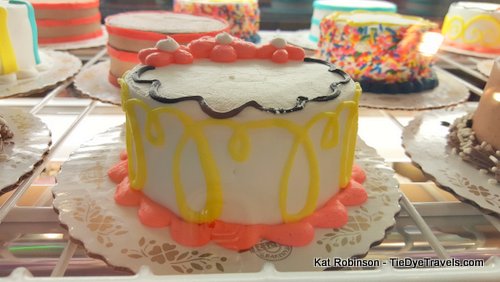 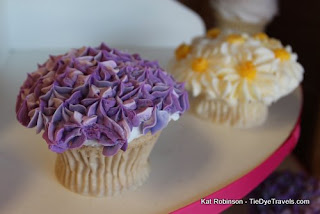 Rick's gets its big boost on cakes, though - wedding and anniversary and birthday cakes. There's a whole wing of the shop dedicated to making the beautiful wonders.

If you're interested in visiting Rick's, head to College Avenue on Fayetteville - the bakery website or Facebook, or call (479) 442-2166. Rick's Bakery is open every Monday through Saturday, 6 a.m. to 6 p.m., and it's closed on Sunday. 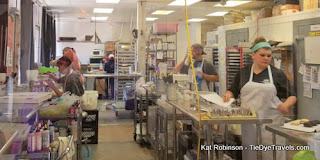 now spans just about the entirety of an L shaped shopping center at 1220 North College. For more information, head to the Rick's Bakery