A Plateful of Filling at Holly's Country Cookin' in Conway. 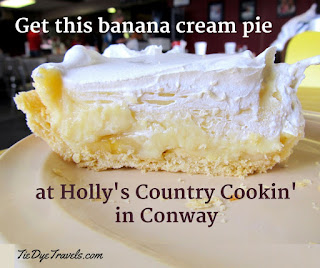 Locals swear by this lunch-only, weekday-only cafeteria on south Harkrider - by the fried chicken, by the mac and cheese and by the pies. They aren't wrong.

I've darkened the door at Holly's a time or two, but not nearly enough, I imagine. That's most commonly attributed to the combination of short hours (11-2 only, Monday-Friday), which does Holly's well as Bobby's does in Little Rock but which robs those not passing through at those exact times from enjoying the repast set out each day.

The other thing that's kept me from coming inside is the crowd. You get to Holly's at noon, and you will be hard pressed to find yourself a place to park. 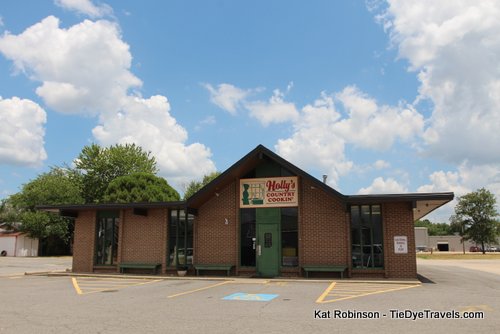 That's why I usually end up with the end of the lunch rush, whenever it is. Sometimes I'm fortuitous. 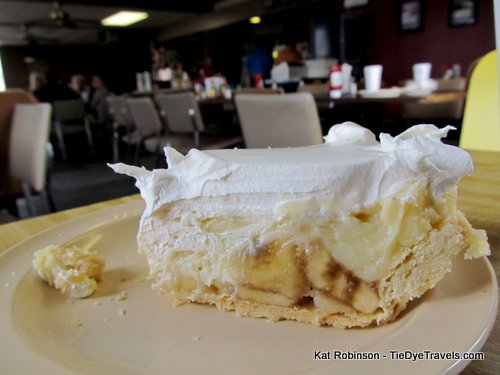 For instance, the first time I got to actually sit down and enjoy a meal in Holly's was when I was working on the first pie cover story for the Times back in 2011. There was just one pie left when I came through the door - banana cream, which shouldn't be as rare as it is but that's just how it is in Arkansas. I took my slice once I'd paid at the register, found a table near the edge, took my photos and ate that dang pie - that slightly tangy, strongly custarded structured mess of cold pie complete with its rich banana flavor and the whipped cream on top. 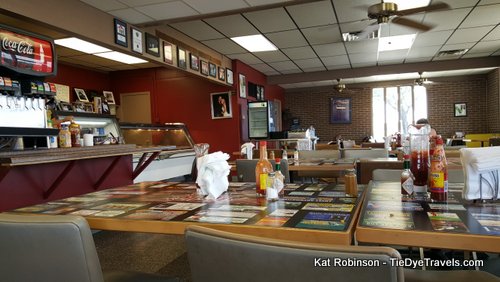 It seems I can't get into a conversation about Conway without Holly's coming up, and finally it was pointed out to me I haven't written about the place. Wait, though, I had... hadn't I? Surely I had in the summer of 2016, from the experience Grav and I had at the end of the lunch rush on one hot July day?

Sadly, somehow I had not. So I've pulled my notes on the day to look through and share you the best bits of Holly's.

Because Holly's knows how to chickenfry all the things. 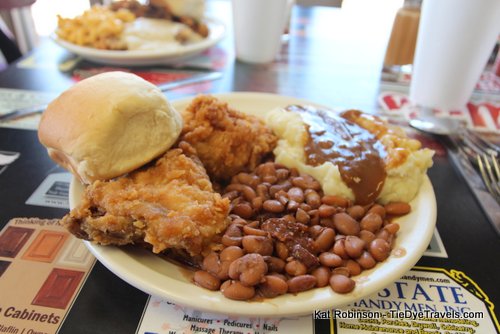 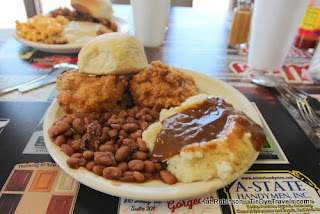 Such as, for instance, of course, Grav's fried chicken that day. Skillet frying is an art, and at Holly's it's one taken gracefully. We both noted (since I was all about biting into one of his thighs, er, I mean the chicken thigh offered for a taste that day. Black pepper and salt and buttermilk were the notes I got out of a fried chicken cooked golden in said skillet. Grav had gone for starchy protein that day in the form of well-seasoned brown beans, his favorite part of the meal, and in the mashed potatoes and ever so slightly congealed, salty brown gravy that came along as a side. You could not have gotten a more countryfried meal.

Except I did. Oh, in spades. 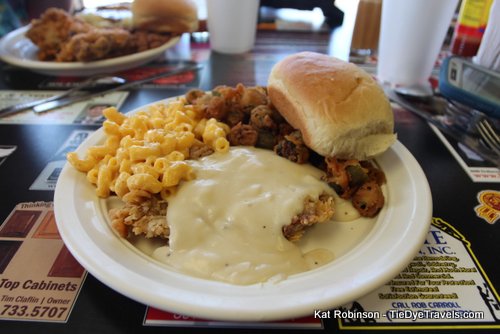 Presenting Holly's chickenfried steak, a truly marvelous beaten-nigh-to-death piece of beef, a REAL smashed tender piece of beef, with the same breading as found on the fried chicken, smothered in cream gravy as God intended. A chickenfried steak where I actually needed to cut into the meat, not some textured ground beef concoction from a freezer bag. A worthy chicken fried steak. Oh golly. 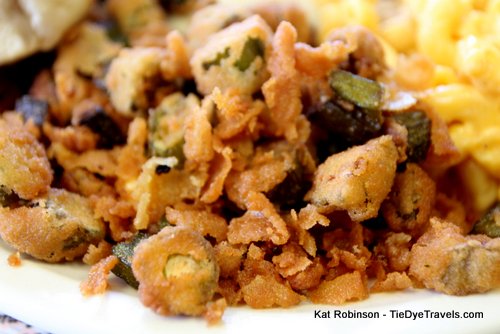 I had chosen better for my sides, eschewing the anticipated mashed potatoes for fried okra, which came with so many crunchy bits of batter on the side. These I got to keep to myself, since Grav assumes all okra is slimy and leaves me to my own on it.  Oh man, fried okra of note. 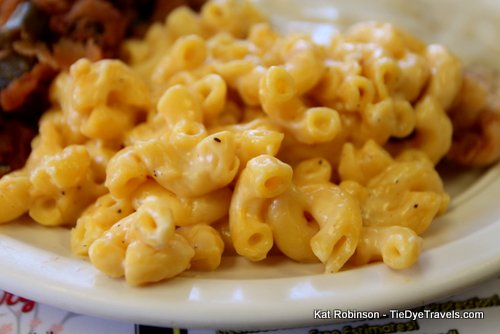 But the part that impressed me more was the macaroni and cheese, little elbows in a cream sauce that had also the breadcrumb browned bits, not all baked but not all pot-cooked either. The cheese sauce certainly had the melty sense of Velveeta to it but not that particular wang of flavor. It was so mild and so much terrible for me to consume lest my waistline give way, but I ate it. I ate it all.

Well, eventually I did. We were going on adventure and took our leftovers with us, including the doughy rolls with butter. 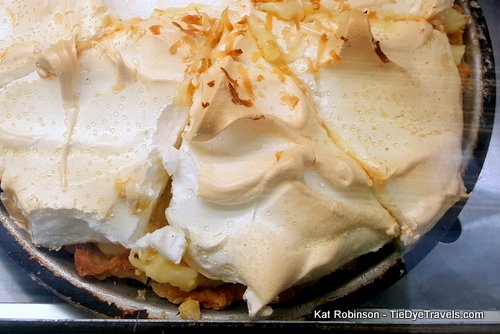 My next visit to Holly's will include a slice of coconut meringue pie, though, because once I saw the gorgeous caramelization on the meringue top I knew I needed this in my life.

Now that I've pulled the notes and the photos and written this up at last, will someone offer to save me a seat so I might go again? Because I know, I know, there are other things on the menu I should try, but that chicken fried steak is calling to me. Loudly.

You'll find Holly's Country Cookin' at 120 Harkrider Street, just north of the Dave Ward Drive overpass. As I mentioned repeatedly, it's only open 11 a.m. - 2 p.m. Monday through Friday. For more information, check out the Facebook page or call (501) 328-9738.