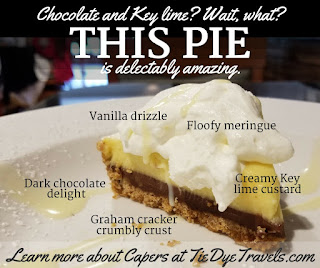 Rarely am I ever surprised by a pie. But this one - which I've overlooked in my travels, deserves a special measure of notice. After all, it's not often you get chocolate in your Key lime the way you do at Capers. 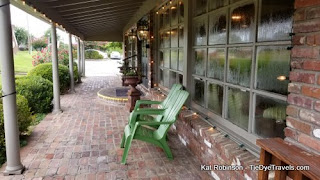 Mind you, Capers is not new. It's 20 years old, and the second of three restaurants headed by Mary Beth Ringgold and her remarkable team (the other two eateries being the venerable Cajun's Wharf and the bright downtown spot Copper 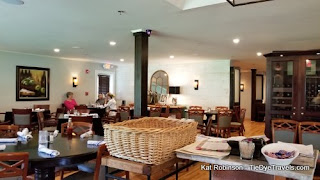 Grill). It's been recently renovated, which lead to some visual confusion for me when I walked in the door. After all, it's been a while since I've been.

I went for lunch this week and went back to a very old favorite, the crawfish enchiladas. Ages ago, these were a special treat. I go through phases, and before I went through my curry phase and my soy phase I spent years studying Cajun and Creole foods. I love the interplay of celery, onion and bell peppers together to make the holy trinity (with garlic, of course) so prevalent in south Louisiana cooking. I rather enjoy how other spices, particularly those on the pepper range, come together. 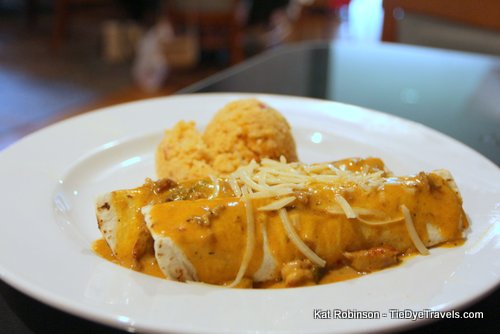 Let me tell you what - maybe I'm out of practice, but these enchiladas were so piquant my eyes watered. I mean, a good sweat is a lovely thing in the right time and place, but this was pretty magnificent and not in a comfortable way. And by that, I mean, I was in a room full of people in the air conditioning and I nearly had to take my hat off.

I went ahead and ordered what I'd come for.

See, while I am exploring the city's food again, and the places and such I haven't considered writing about before, I've been making notes. And while I've eaten Capers before, I have never, never been able to get to dessert. The closest I've come is taking home some Trash snack mix for later. I'm always full.

By bypassing that second enchilada (which Grav greatly appreciated, as he's the one who took on the other, and liked it), I was able to aptly enjoy something... 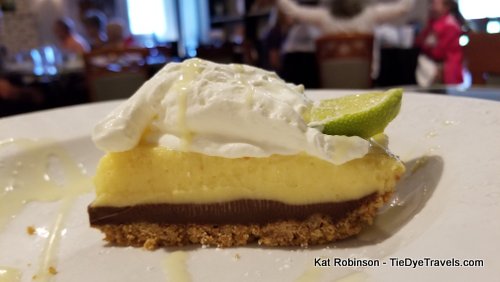 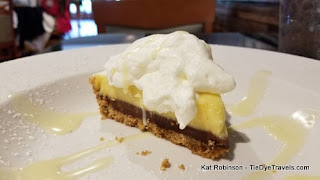 Key lime pie is usually a very homogenous affair - a singular smooth custard flavored with the juice of Key limes - a nice, tart yet mellow flavor that wins over anyone who adores the citrus family. I've had Key lime pie in Key West, in Vegas and all over Arkansas. This one was different.

First off, it had a fluffy almost meringue-like cloud laying across the custard, almost flavorless but adding in texture. There was a light vanilla - yes, vanilla - couli that had been drizzled across the pie and the plate. The graham cracker crust on the bottom was dense but thin.

Between lay a layer of the darkest chocolate custard.

I tried that first bite. 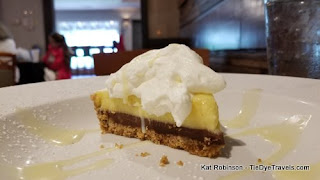 It took me a few minutes to really get into figuring it out. I was trying really hard to taste what I'm used to as dark chocolate, but I was drawn back to the stronger-than-usual flavor of the Key lime custard. And that's why this works. At Capers, rather than letting it sit like the palate-cleanser Key lime pie is (the French equivalent being the lemon sorbet), this one held its own. There was no too-sweet whang you sometimes get with a cold pie. That dark chocolate balanced the strong citrus in the same way salt balances the sweet in a chocolate chip cookie.

Where has this been all my life?

Mind you, as far as pie slices go, this one's on the pricey side - at $6.75 a slice. But for an after-dinner dessert, it's delightful, and I think it'd be a good thing to share with someone you like. I did notice a table of four ladies sharing one nearby... which only made me feel guilty for a couple of minutes.

Capers' Key lime pie is definitely going on my grand map of pie. I'm hoping a new book will come along soon (hear that, publishers? I'm ready for ya') and when it happens this pie will be talked about extensively. See, even an old hand like me can learn new pie.

Find Capers in all its humble glory at 14502 Cantrell Road in West Little Rock...

wait, before I finish, I need to share this. 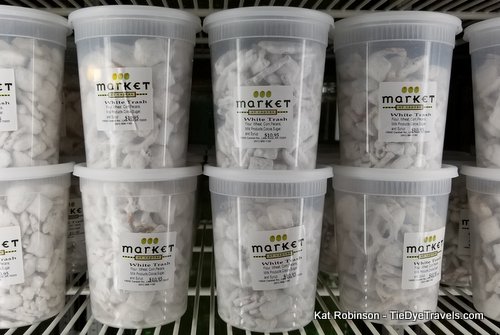 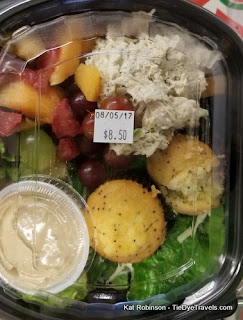 Capers has its own shop in back, Market at Capers, which offers take home meals, desserts, salads, dips and such plus a host of other locally made products. So if you're wanting to stay in for the evening or pick up a meal to go, give it a shot.

Go check out the website. And be sure to go find out about that pie yourself. 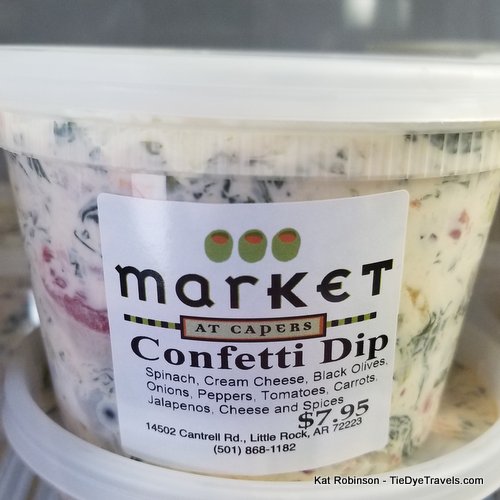 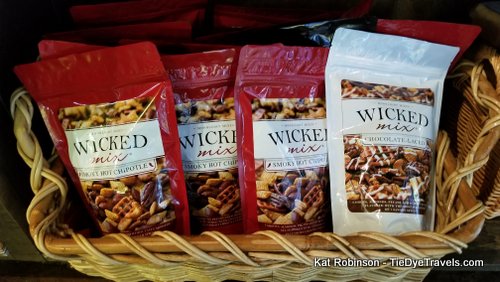 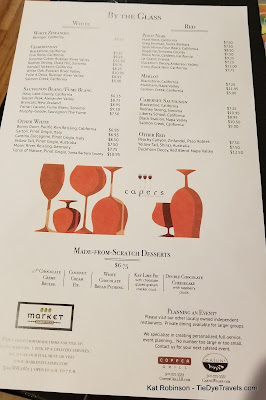 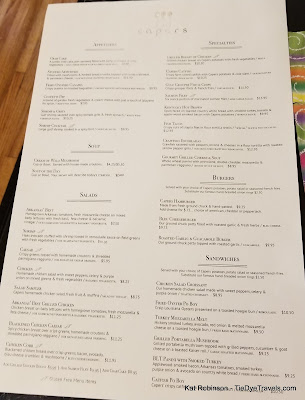 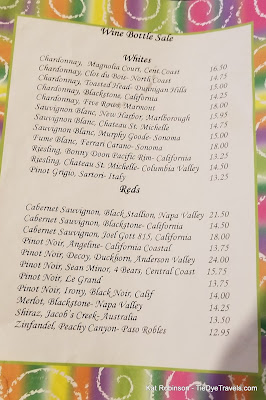