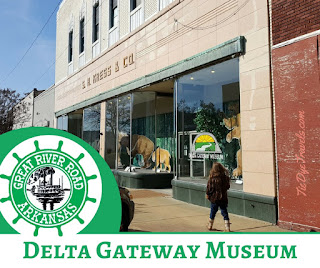 On your exploration of Arkansas's Great River Road, be sure to stop in at Blytheville's Delta Gateway Museum for a broad scope of Mississippi County history. See what Hunter and I found on our visit.


First off, I have to thank the good folks who were working inside the Delta Gateway Museum the Sunday we came through town. Hunter and I had just begun our end-to-end exploration of the Great River Road in Arkansas, and had forgot to account for the fact that many Arkansas attractions are closed on Sundays. 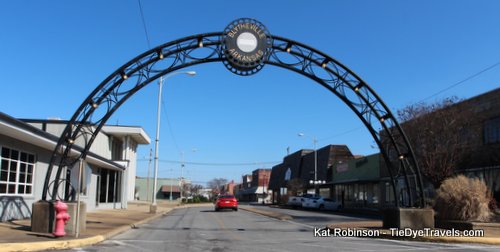 We were driving the zig-zag stretch of the town's Main Street, which allows for little parking lots between the stores on each side, when we saw the edifice. Hunter's always looking for museums, and this fit the bill. But a quick search of the internet by phone showed the museum did not have Sunday hours. 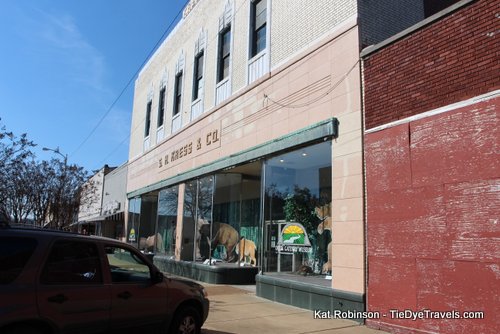 As I took photos of the exterior, a trio of individuals stepped out for a moment. With hopes, we walked up and asked when we could visit the museum. To our happy surprise, that answer was immediately!

The museum is housed in the old Kress Department Store, originally erected in 1938. The facility is considered to be a prime example of Art Deco in the area. Within the large open space are a variety of different exhibits. We discovered that the center of the museum's floor had been cleared for an upcoming event.

The front of the museum features a couple of different exhibits. On the west end, there's a selection of items from the former Eaker Air Force Base, which employed a great deal of Blytheville residents for decades. 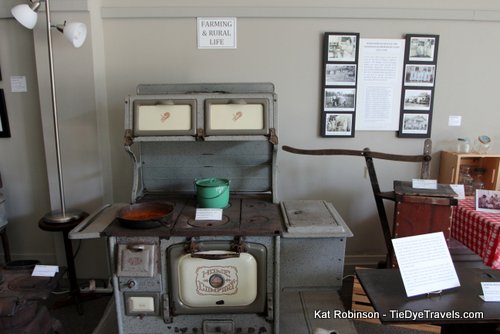 On the east end, there's an entire display of 19th and 20th century housewares and other items, including just about anything you'd find in an early 20th century kitchen and items used to harvest cotton, long a major money crop in Mississippi County. I quizzed Hunter on the purpose of a cotton sack, nine feet long and on display, and why it was so long. 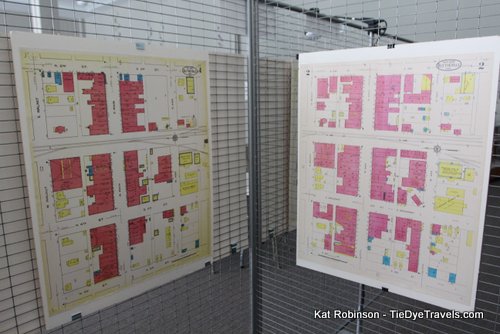 Another museum displays maps and blueprints of downtown Blytheville, dating back well over a century.  Football helmets from a variety of different schools both secondary and collegiate, complete with their connections to the area, are also shown. 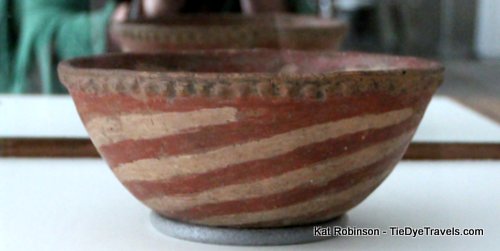 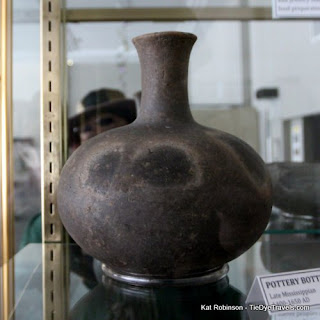 A large section of the northwest corner of the building features different remnants of Native American pottery and stoneware. This was our first stop where we encountered the colorful pottery of the Mississippian culture - we'd come to learn a lot more about this sort of pottery at one of our later stops that day, the Hampson Archeological Museum in Wilson. 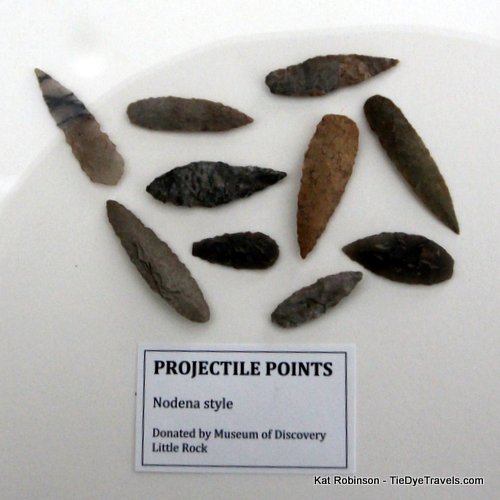 We're eager to go back and explore more of the Delta Gateway Museum on our next visit to the city. We also have several other stops we'll be visiting on that trip: 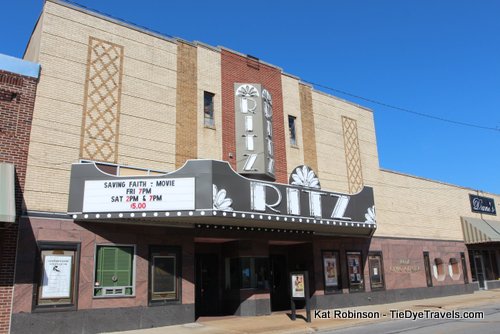 Ritz Theater. Now home to the Arts Council of Mississippi County, this facade and theater was originally constructed around the turn into the 20th Century. It was damaged by fire in 1931 but restored, and today it hosts a number of live performances. 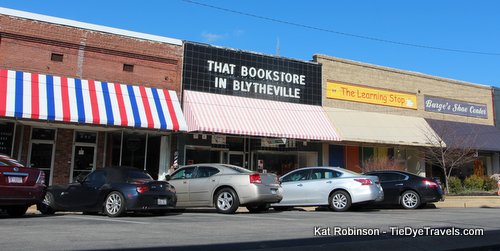 That Bookstore in Blytheville.  I've done signings for all three of my published books at this cozy yet famous facility on Main Street. It's also on the must-visit list for such authors as John Grisham, so I'm in good company. If you're a book lover, this is a pilgrimige you have to make. 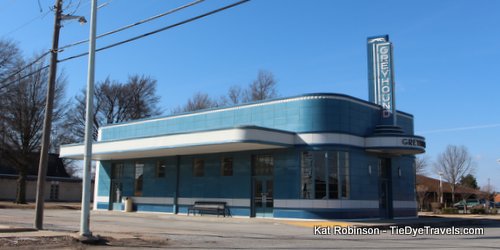 The Historic Greyhound Bus Depot. Today the visitors center for the city, this blue bastion is the most photographed stop in town, for good cause.

Dixie Pig. One of the oldest barbecue joints in the South, and one of the most legendary along Arkansas's Great River Road, the Dixie Pig's roots trace back to 1923. 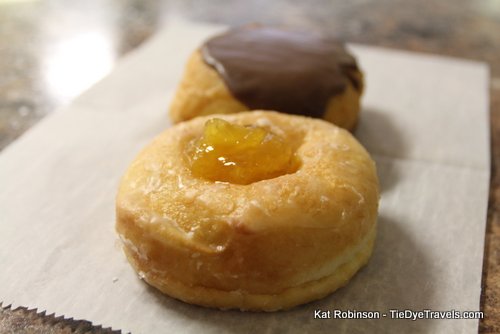 Jeri-Lin Donuts. Caramel doughnuts to die for, along with a variety of on-the-top (Arkansas Delta-style) fills and cinnamon rolls. 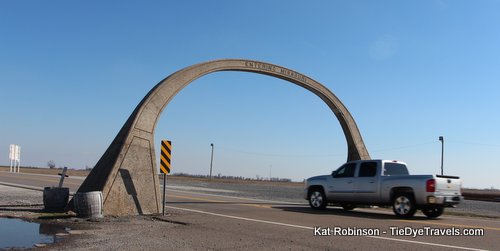 US 61 Arch at the Arkansas- Missouri Border. Just a few miles north of town, this is the only place where a concrete arch crosses a highway in the state of Arkansas. It's been there since 1924.
To purchase this article, email Kat Robinson at 3/29/2017 08:22:00 AM