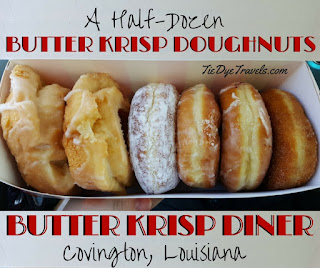 Sometimes you backtrack because you've heard something amazing about a place you passed up. This time, we backtracked to a location we missed two years ago, because of a name and a sign. Results? Doughnuts. See what we found at Butter Krisp Diner.

We were on an epic road trip the summer of 2015 - centered around a Southern Foodways Alliance Field Trip to New Orleans. The nights after, we spent on the Mississippi Gulf Coast. The night before? That was for the north side of Lake Pontchartrain, where we toured the Abita Beer facility and rested for four days of exploring the Crescent City.

Usually we manage to pack most everything we want to do into our trips, but that Abita tour went longer than we expected, so though we were excited by a sign for Butter Krisp, we just had to say no.

Sometimes you just have to say no. #butterkrispdiner #grilledcheesedonut
A post shared by Kat Robinson (@tiedyekat) on Jun 25, 2015 at 9:56am PDT


But we both bookmarked it, so heading back from the Mississippi West Coast a few days ago, we found ourself traveling I-12 through Covington, Louisiana, and I recalled the missed stop. So we turned north on Highway 190 and proceeded to rely on my memory on getting us there. About the time we had decided it was a mirage of my memory, there it was, right off the main route. 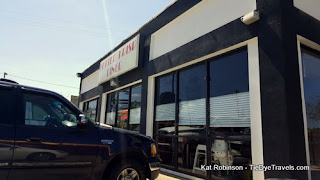 Mind you, we'd already picked up a prodigious amount of stuff at Claibourne Hills Supermarket in Waveland, MS and should have just stopped acquiring food at that point. We were both full of po'boy and had hours - HOURS - of driving left to go. But curiosity is a savage mistress. We compromised by visiting the drive-thru. 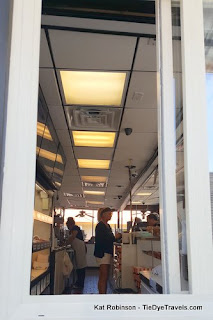 Even that act required some thought. They were out of chocolate-covered Bavarians, a favorite of Grav's. They did have buttermilk doughnuts. We finally settled on half a dozen and placed our order.

The girl at the window didn't even blink when I asked her if I could photograph the menu (see it below). And after a few minutes, we had our box of doughnuts. We didn't even get out of the parking lot before that box was open and those doughnuts were being shot. 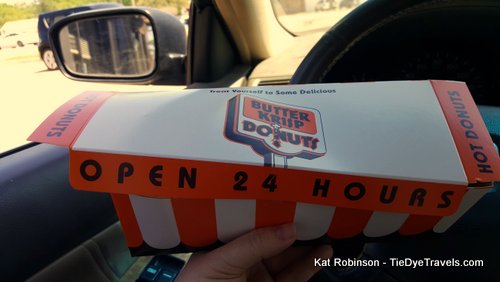 Grav's suggestion about buttermilk doughnuts was apparently a good one. The other doughnuts were all right. The buttermilk ones? HUGE. 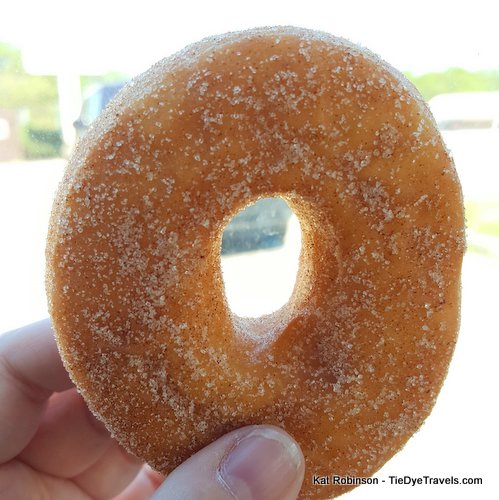 I tried a cinnamon doughnut first. It was all right. It wasn't a Spudnut and it had nothing on Mark's but it was pretty splendiferous. 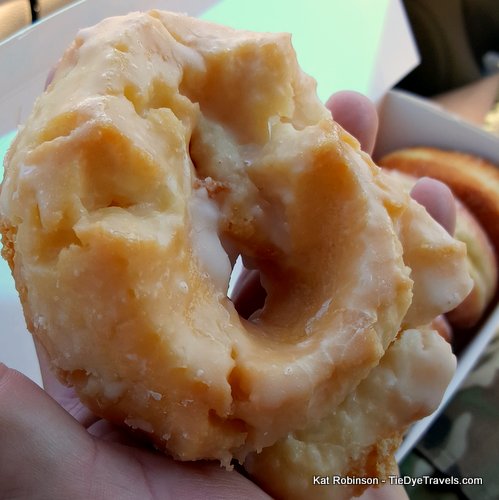 Then Grav shoved a bite of this doughnut in my mouth and I changed my mind altogether. Holy fish, that's a good doughnut. 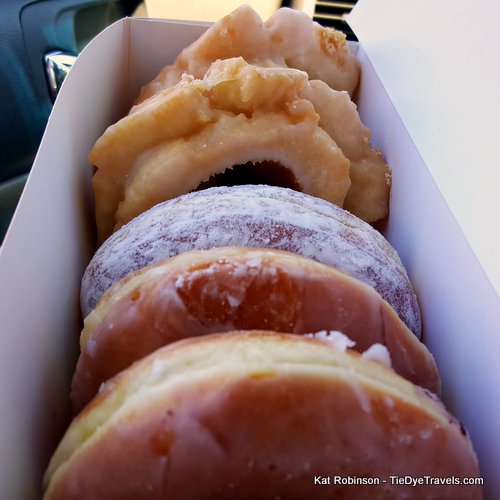 Once again, the bookmark is there, because butter burgers need to be sampled. In fact, since we continued to follow Highway 190 until we made it to I-55 in Hammond, we both see a need to explore this portion of southern Louisiana in the future. Happen to be passing through Covington? Better get a doughnut or two. Or twelve.

Oh, and now we know there's a website. And that Butter Krisp Diner is open 24-7. So next visit to Covington, there's no reason not to go. Even if we're full of po'boy. 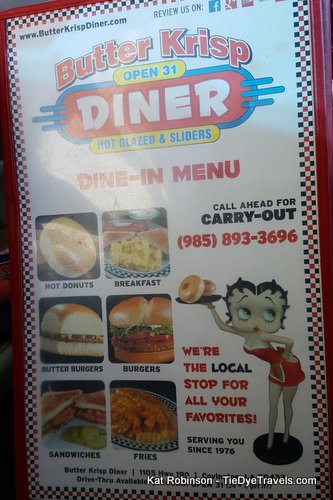 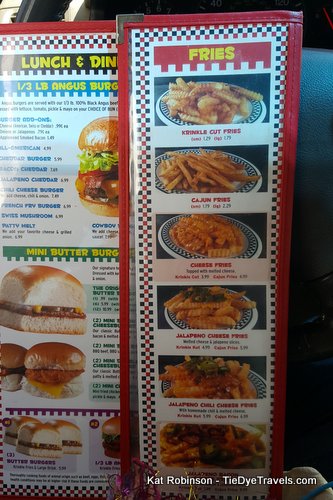 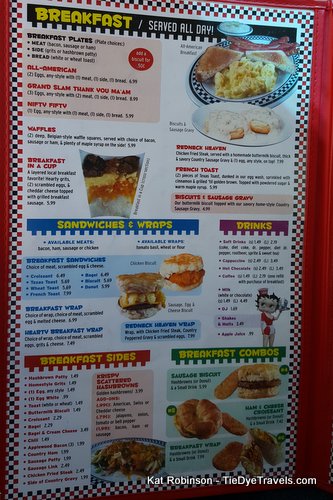 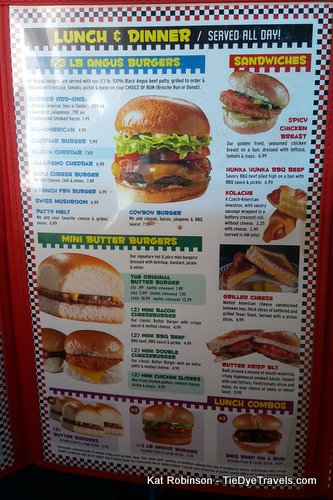 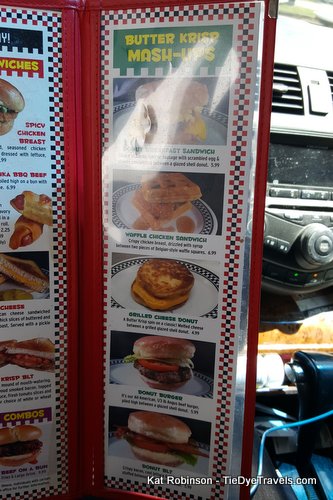 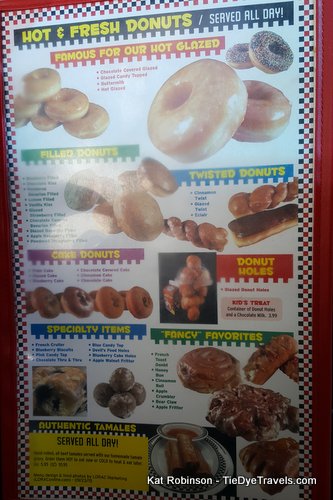