May Festivals in Arkansas - Five Weekends of Fun. 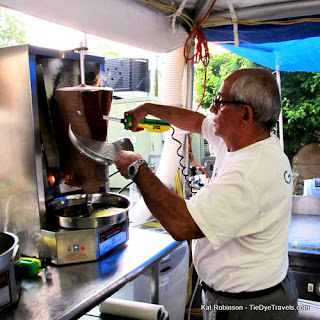 The emergence of spring into summer brings flowers and festivals to The Natural State. This list covers some of the most important festivals of the year throughout Arkansas. 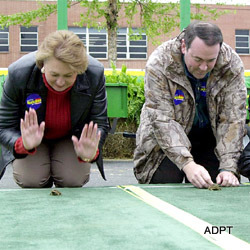 Toad Suck Daze (April 29-May 1, downtown Conway). Stars of pop and country music come out to play in downtown Conway as the reptile is celebrated with toad races, toad faces, toad cookies and more. Named for the nearby landing and community on the Arkansas River, this festival includes the popular Stuck on a Truck competition, and over the years proceeds have gone to fund more than $1.3 million to education initiatives in Faulkner County.

Arkadelphia Crawfest (April 29-May 1, downtown Arkadelphia). This tribute to the lowly mudbug includes a fun run for kids, a fishing tournament and plenty of opportunities to eat crawfish - including a crawfish eating competition Friday night.

Armadillo Festival (May 4-7, downtown Hamburg). For some reason, the somewhat toddly armadillo is celebrated with foot races and even lawnmower races at this traditional multi-day festival held on the town square.

Free State of Yell Fest (May 6-7, Dardanelle riverfront). If you have a good set of lungs, you might want to compete at the annual yelling competition at this soiree held on the south bank of the Arkansas River. Fireworks, helicopter rides, pancake breakfast, kid activities and a car show are also part of the fun.

Mayhaw Festival (May 7, Newton House grounds in El Dorado). The diminutive fruit sometimes called the Arkansas cranberry is celebrated with great food in the form of a fried chicken cook-off, biscuit breakfast, bluegrass music and a mayhaw jelly competition.

Railfest (May 7, Texarkana). Texarkana celebrates its railroad legacy with a day full of music, cook-offs and a car show all along the old rail lines downtown.

Peach Blossom Festival (May 7, downtown Nashville). The first blooms heralding the peach crop that put Nashville on the map are celebrated with a street festival that includes an antique tractor show, live music and a car and motorcycle show.

Balloondayz (May 13-15, over Russellville). This young festival puts hot air balloons into the sky for three days over beautiful "Russ-Vegas" with participants coming from states around. A great photo op.

Festival on the Ridge (May 14, downtown Harrisburg). The town comes out to party on Crowley's Ridge with a day of celebrations, horseshoes, a stunt bike show, and fireworks at dusk. 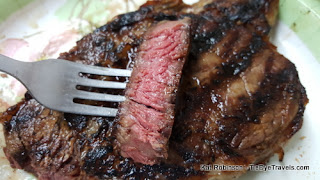 Magnolia Blossom Festival and World Championship Steak Cook-Off (May 20-21, downtown Magnolia). Dozens come in from all around the nation to participate in this extraordinary competition, while thousands more pouring in from all over to sample and dine on some of the best steaks in the country. There's also a carnival.

Crawdad Days (May 20-21, downtown Harrison). Crawfish are celebrated with a rubber ducky race, canoe rides, a popular 5k and of course mountains of bright red mudbugs consumed in competition and just for the flavor.

Hot Springs Craft Beer Festival (May 21st, Hot Springs Convention Center). For adults only, this 21-and-older soiree allows participants to sample craft beer from inside and outside Arkansas.

Dinofest (May 27-29, downtown Nashville). Nashville City Park's annual event celebrates the long-gone reptiles with a dino dig and a dino dash, as well as a glow run, carnival rides and food.