Once Again, Spudnuts in Magnolia. 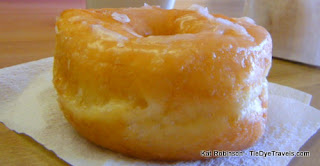 The potato-flour goodness of that particular breakfast treat, the Spudnut, is once again available in Magnolia. See what else is happening at the Spudnut Shop and Deli.

I have waxed poetic many a time about the glory that is a Spudnut... its texture, its flavor, its pliant-but-brief life as a viable and delicious breakfast pastry.

The remnants of the chain that once spread Spudnuts from coast to coast included two outposts in southern Arkansas - one in El Dorado, and one in Magnolia.  But after the death of longtime owner Martha Maloch in 2013, the Magnolia location closed. 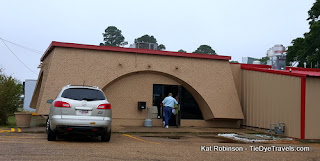 Never fear.  Last month, the revitalized Spudnuts, now Spudnut Shop and Deli, reopened a block from its last location, this time at 722 East Main Stret in the old Taco Tico location.  After a short run doing breakfast only, the restaurant is now serving doughnuts for breakfast and a selection of other items for lunch between 11 a.m. and 3 p.m.

I dropped in the other day after speaking at Southern Arkansas University with the Friends of Magale Library folks (a splendid time!), looking for Spudnuts to transport home.  Alas, I came across the saddest sight in all of Magnolia. 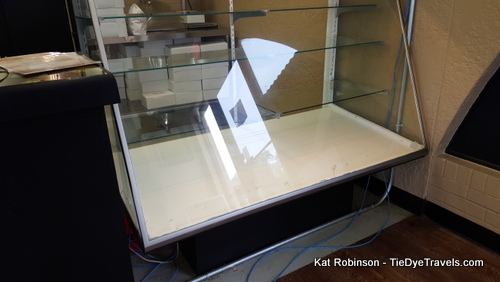 That, my friends, is the empty case at the end of a busy day.  Once the Spudnuts have cooled and hours have passed, the remainder go away and the case is cleaned.  This makes Spudnuts another elusive creation to find on a specific timetable, such as the pork sandwiches at Jones Barbecue Diner in Marianna. If you come late, you've missed out. 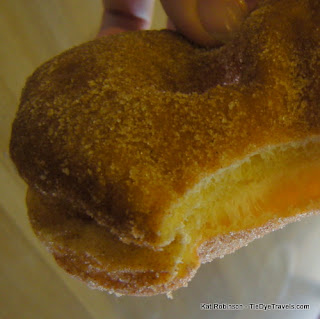 It was a shame, but an understandable one.  After all, though those cinnamon or glazed or (okay, I am drooling) caramel covered Spudnuts are delectable; though the twists and cinnamon rolls are the items of a gourmand's fevered dreams; though the favored pigs in their doughy blankets; they are all best consumed while fresh and warm. 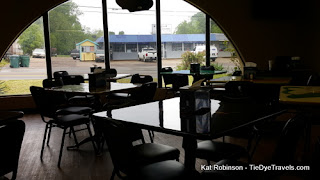 But I did not go away hungry. For the new Spudnuts is a deli, and one worth a visit.  Amongst its many items are burgers, wraps and a number of stuffed spuds as well as a selection of specialty sandwiches such as a shrimp po'boy, a muffalleta and a pulled pork sandwich.  And there are several croissant-borne creations, of which I chose from to take home.  I ordered a chicken salad croissant and called myself lucky to have that to take with me. 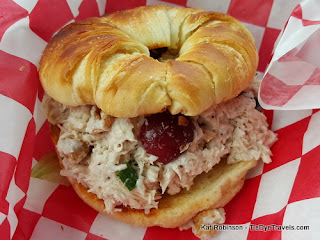 Alas, it did not make it home.  My temptation on my way to Hot Springs (I had another appointment before returning home) overcame me, and once I'd pinched a corner of the still-warm croissant I quickly devoured it and its sweet and savory contents.  That red grape-laden mass of shredded and smoky chicken with bits of scallion was tremendously satisfying, ensconced within a handmade sweetish, slightly salty croissant made that morning and toasted that afternoon. 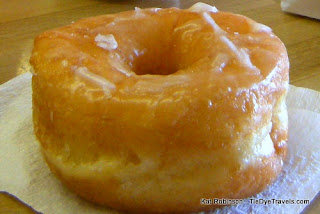 All these words here, to say that yes, Spudnuts have returned to Magnolia.  This should be welcome news for those preparing to travel to the 28th Annual Magnolia Blossom Festival and 27th Annual World Championship Steak Cook-Off next month... though I suggest you get there nigh on early in the morning, load up on as many Spudnuts as you can consume in a sitting, then nap until the smell of beef wafting from downtown rouses you to alertness again.