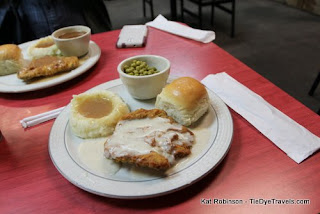 This restaurant closed at the end of 2015.

Country style vittles in a cozy atmosphere and pie to boot? You'll find both at this family restaurant at the corner of US 65 and 62/412 south of Harrison.


The Homey Hearth is the sort of place I've passed by dozens of times - usually when I go to get gas at the Shell station right next door. I'm in a hurry or a rush and I just don't have time to stop in, or I've already eaten at Neighbor's Mill, DeVito's or one of the other eateries in town.

But it's worth your time.

The original restaurant was opened in 1991 by Clarence Yoder in another location. It moved around town several times before finally ending up at this larger location south of town, the former location of The Depot, in 2013. 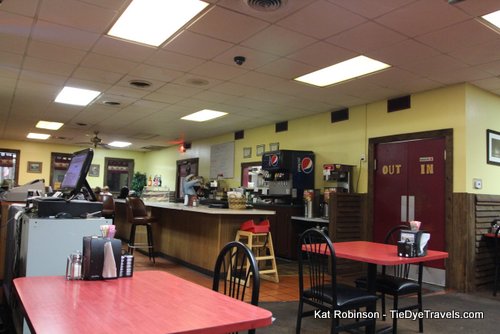 Grav and I dropped in one very chilly January evening to get some warm nourishment before hitting the road. We noticed right away the red wood-topped tables, the long dining counter and the country decor. The waitresses all wore dresses and caps. And of course, I saw a pie case.

But pie wasn't foremost on my mind. I wanted some nice warm vittles. I found them in the menu under the dinners. Something chicken-fried sounded nice. Grav was apparently thinking the same thing. 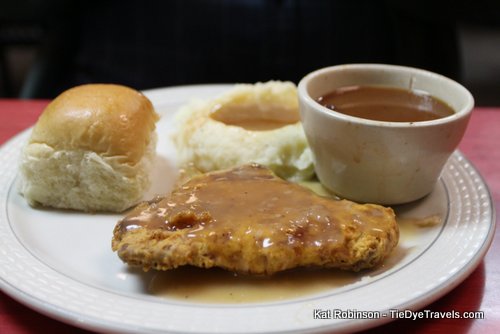 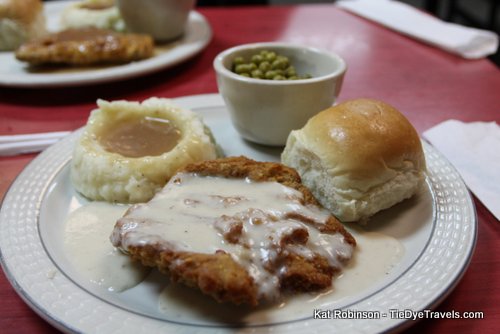 Me? I wanted beef, and got it in the form of a chicken fried steak with white gravy, served alongside mashed potatoes and English peas. This was an old country favorite, the sort of thing I would have been served as a child at my grandparents' home, complete with the beating noise of meat under a hammer from the kitchen about ten minutes before this came to the table. 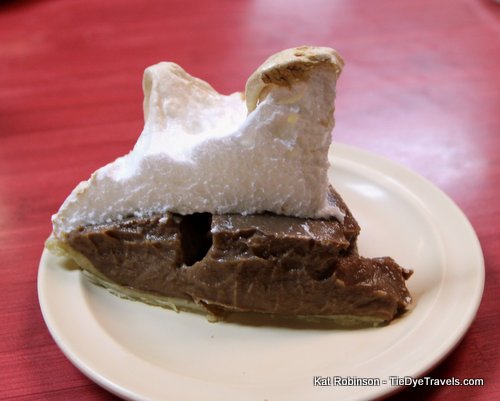 Of course, there was pie. We dithered on it. Grav ended up going with a slice of chocolate pie. He's not a fan of meringue, but the creamy custard here won him over. 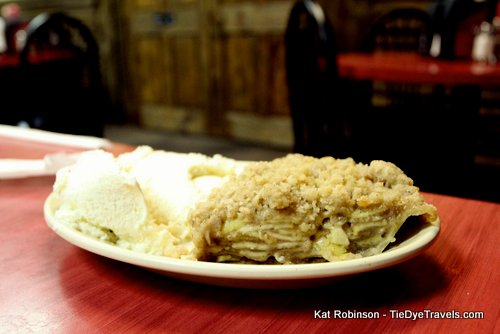 I think I won with the Dutch apple pie, though. For one, I've never quite encountered such thin slices of apple in a pie before There wasn't much of the "goo" you get with traditional apple pies, since the complete space from bottom crust to layer of crumbs on top was filled with those slices of nutmeg and cinnamon sliced apples with plenty of sugar and butter. Of course, I got it a la mode. 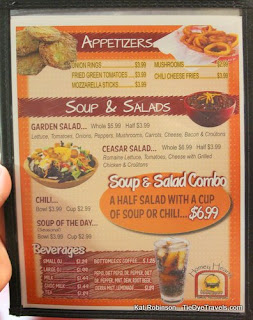 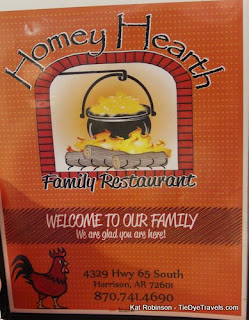 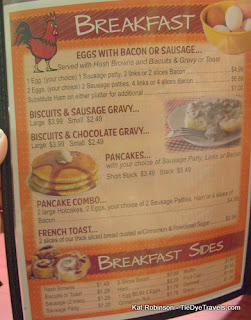 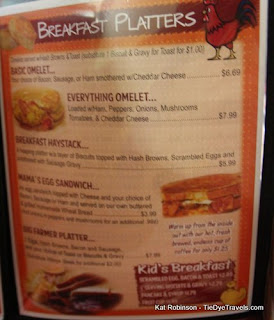 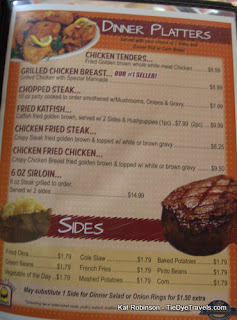 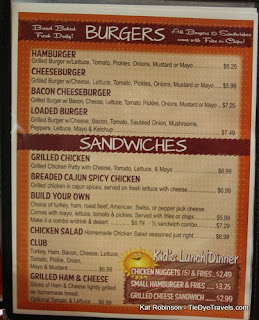