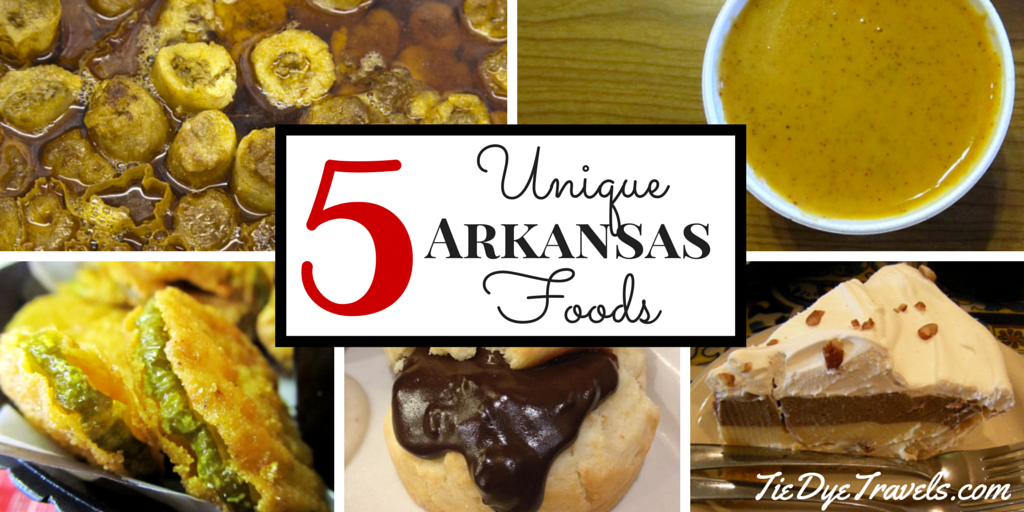 What sort of food comes from Arkansas?  Our state is blessed with a rich heritage of game such as deer, boar and elk as well as a plethora of game fowl and a great measure of fish.  But what have we created as foods we can share with others, true home-grown creations?

Here are five dishes that come from Arkansas. 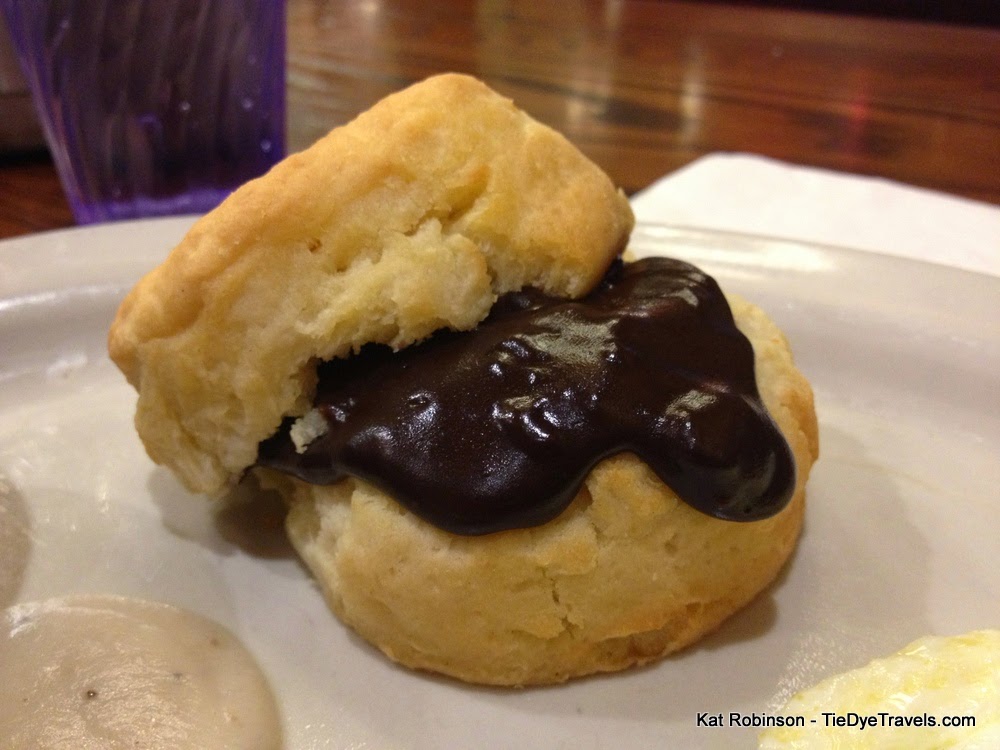 1.  Chocolate gravy.  This breakfast addition came to us in the early part of the 20th century, with the spread of the use of cocoa powder.  The methods to make it vary, but it includes cocoa, sugar, butter and flour, is either made from a roux or a milk base, and is always served over biscuits. Delish named it the food to represent Arkansas.  Here's a recipe. Check out how the folks at the Wagon Wheel in Greenbrier make it. 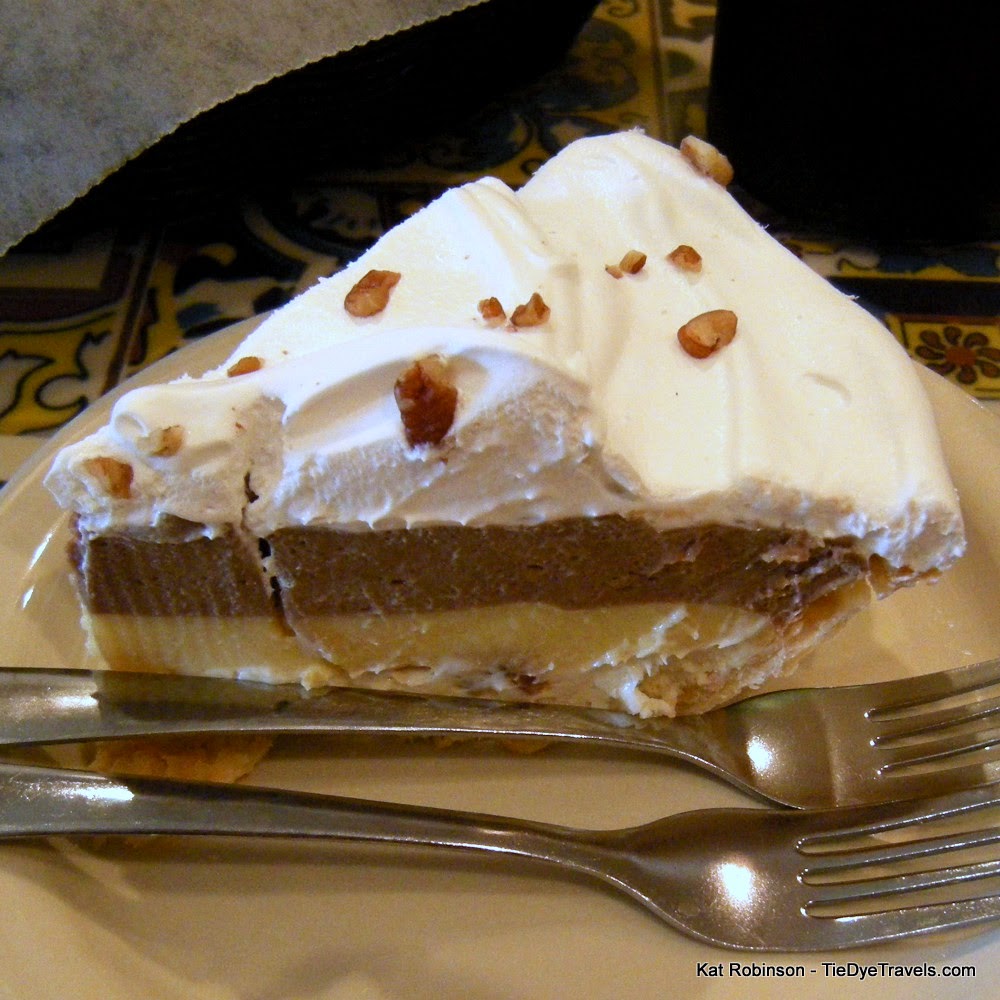 2.  Possum pie.  Variations of this dish are made elsewhere, and it has different names in different parts of the state -- Four Layer Delight, Chocolate Torte, Robert Redford -- but the idea is the same: a cooler pie with cream cheese and a flour-and-pecan crust on the bottom, whipped cream and pecans on the top and a layer of chocolate custard in-between.  Its name comes from the fact the pie is "playin' possum," which means you don't know what's in that pie until you cut into it.  Check out Debbie Arnold's recipe and video. 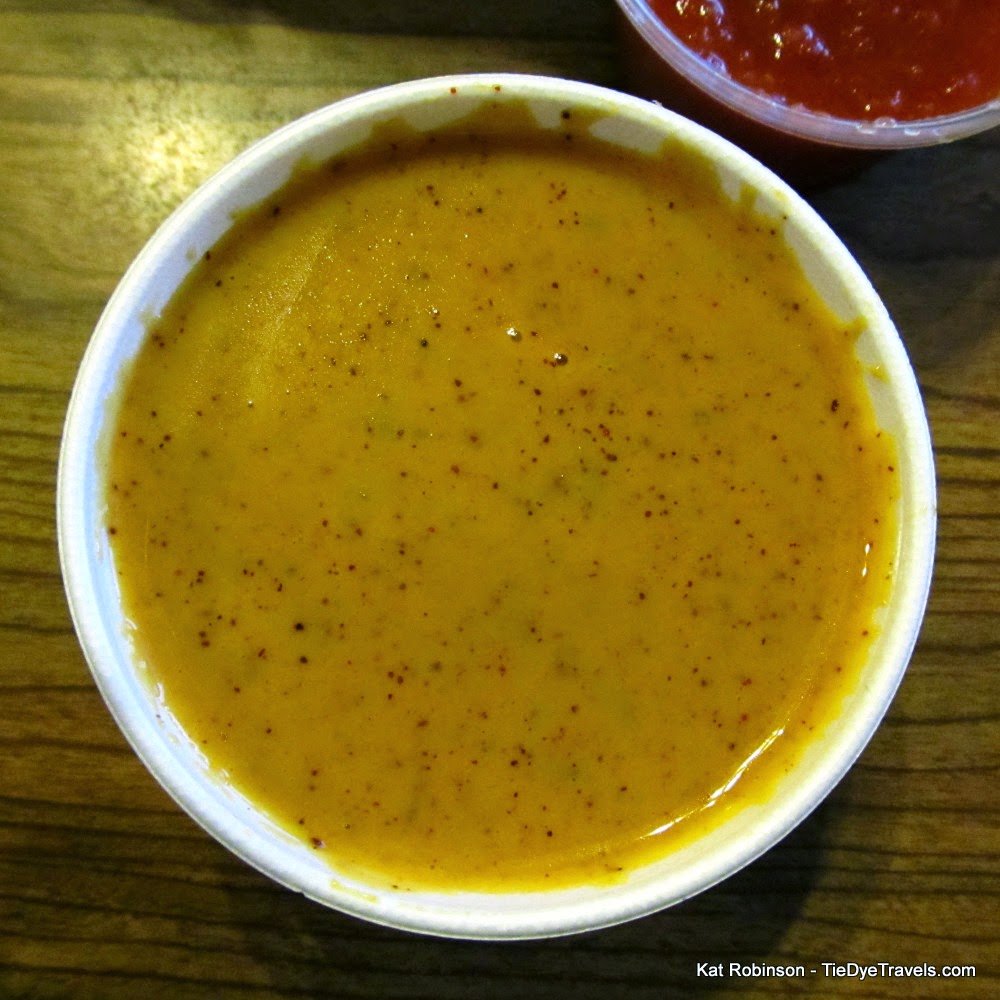 3.  Cheese dip.  Created by Arkansas native Blackie Donnelly, first served up at Mexico Chiquito in the 1940s and celebrated in the film In Queso Fever, this concoction of cheeses and spices has definitively been linked to The Natural State.  Restaurants all over will tell you theirs is the best.  Want to find a place to dip your chip? Here's a rundown of the most famous of Arkansas cheese dips. 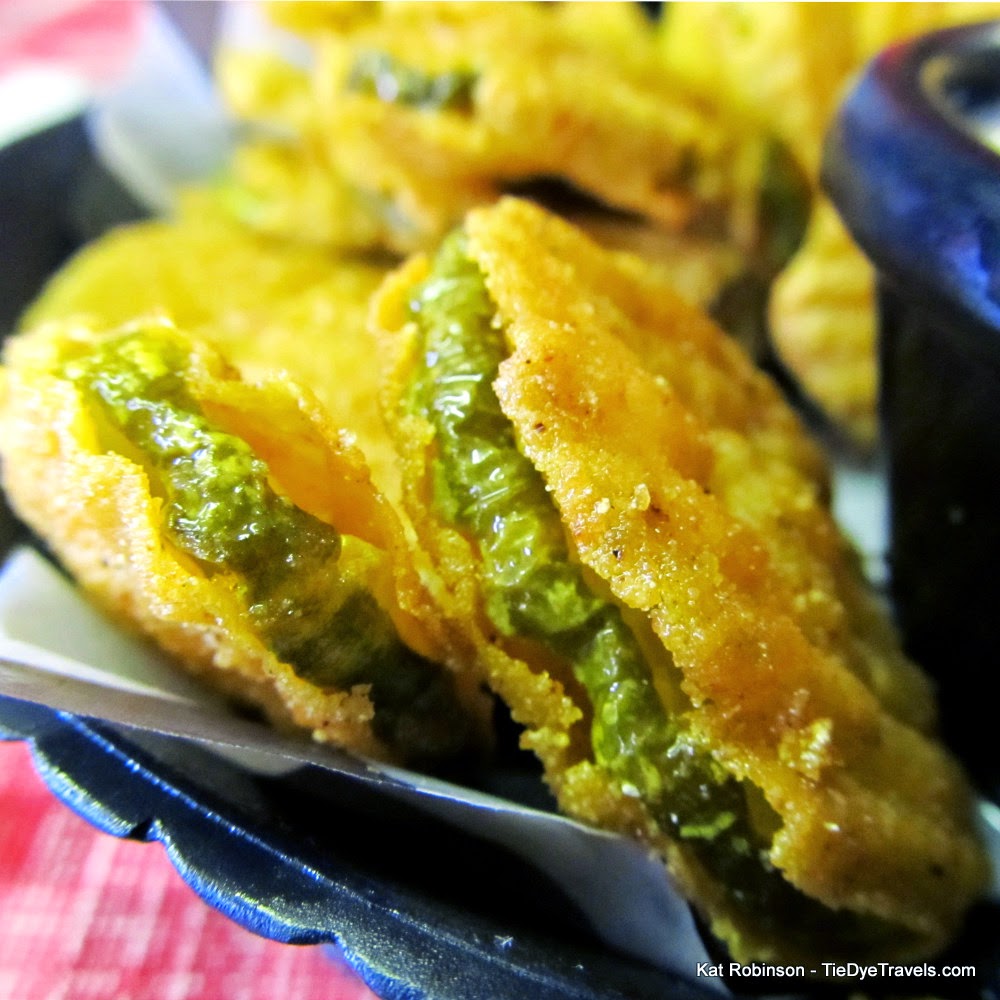 4.  Fried pickles.  Created at the Duchess Drive In in Atkins by Bernell Austin, these sour wonders have seen their way around the world.  Other states may claim them, but they are an Arkansas original.  Check out the history behind the dish and a couple of recipes here, and see how Gus's Fried Chicken makes their own version. 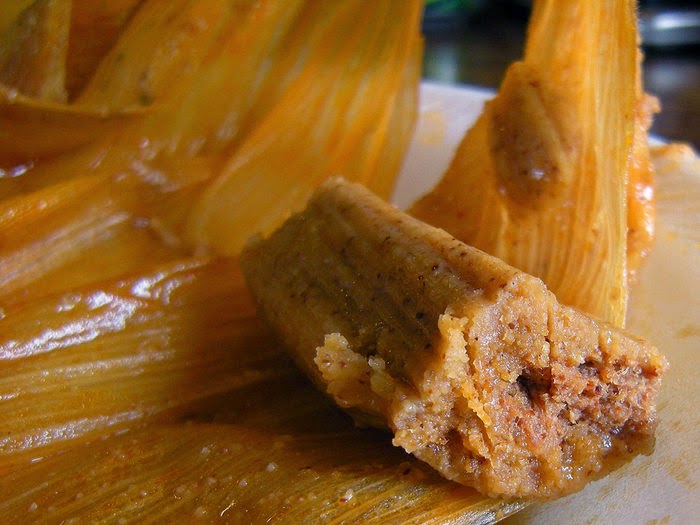 5.  Arkansas Delta Tamales.  Arkansas Delta tamales were originally introduced by the St. Columbia family.  Grandfather Peter came to the United States in the last decade of the 1890s and ended up in Helena, where his odd jobs took him out into cotton plantations worked by Mexican immigrants.  He gave them pasta recipes, they taught him how to make tamales, and that recipe has been refined through the generations and through the soul food restaurant the St. Columbias financed.  Learn more about the Arkansas Delta Tamale here.