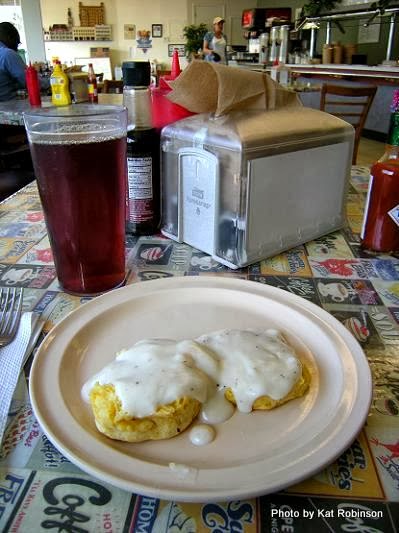 Back in my TV days, BJ Sams would sometimes go fetch breakfast after the show. And when he was fetching it for me, he'd usually come back with a box of cheese omelet, biscuits and cream gravy, just for me. That box would come from Dave and Ray's Downtown Diner.

There's been a restaurant in that spot on Capitol Avenue for decades... though apparently at one point it housed a car dealership. It's been owned by several different people -- the ones that own it now have owned it for eight years, and they're still serving up one of the best understated and affordable lunches in the downtown area. 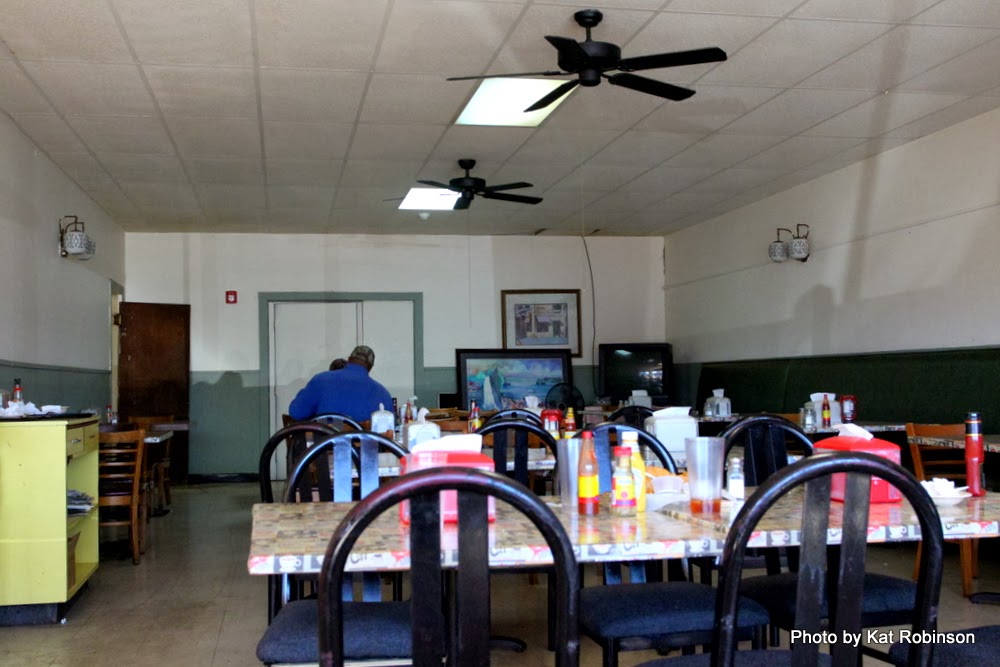 I've been a fan for a long time, but somehow or another I'd never taken Grav there, so one surprisingly bright February afternoon we headed over to grab a quick lunch. We walk in, and Grav just has no idea what to do -- a real fish-or-cut-bait moment of whether to choose something off the menu or get it at the buffet. However, others coming through the door had no hesitation, and he soon found himself loading up a plate's worth of pork butt on a bun, fried chicken and home fries.

Me? I walked in hungry and when I was asked if I wanted one of the big burgers from the back, I was all about that. 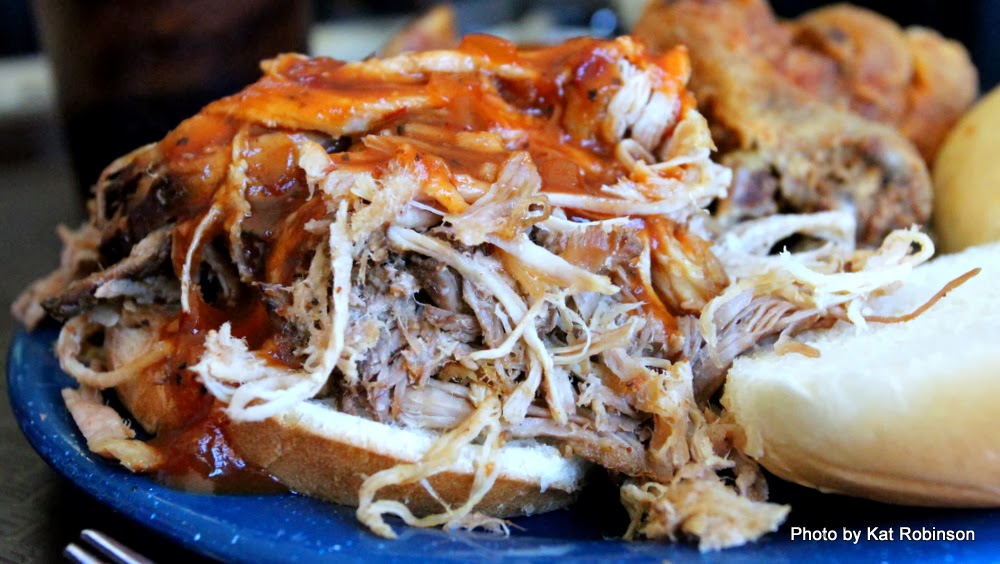 Grav filled his plate, I passed over a $20 and sat down with my iced tea, and I caught him up on my day as he ate. He commented on the nice spicy slug of heat in the barbecue sauce for the oven-roasted pork butt, but when he turned to the chicken he was absolutely silent except for the sound of teeth pulling meat off bones. 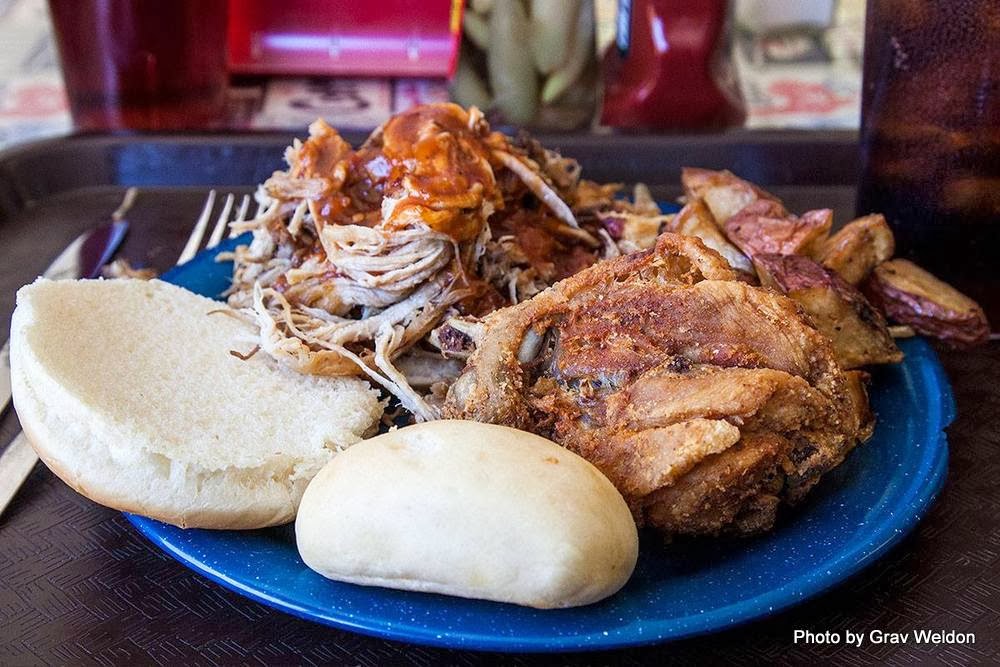 Dave and Ray's fried chicken is masterfully simple -- thin battered, nicely salt-and-pepper marinated fresh chicken that was just juicy enough. They serve fried chicken every day, but you never see it on anyone's top list of chicken places -- not even mine. That's something I really need to remedy. 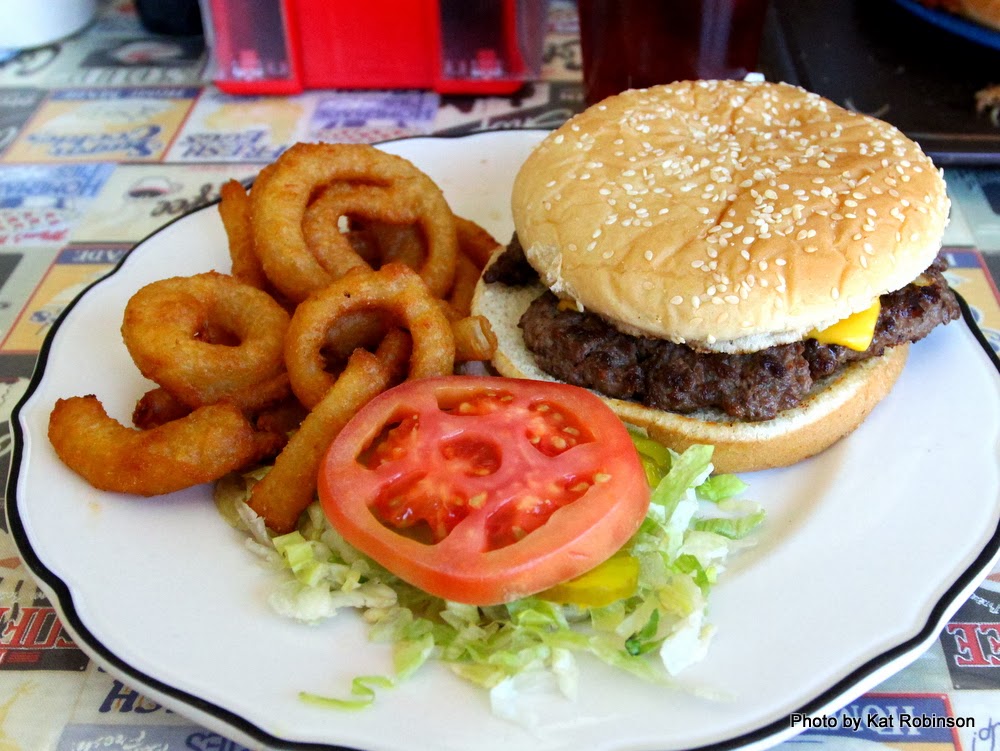 So, out comes my burger, brought by the proprietress right to the table with onion rings (chips or fries are also options) and vegetation on the side. This big bunned burger was about a third of an inch thick, pepper-dusted and topped with grilled onions. 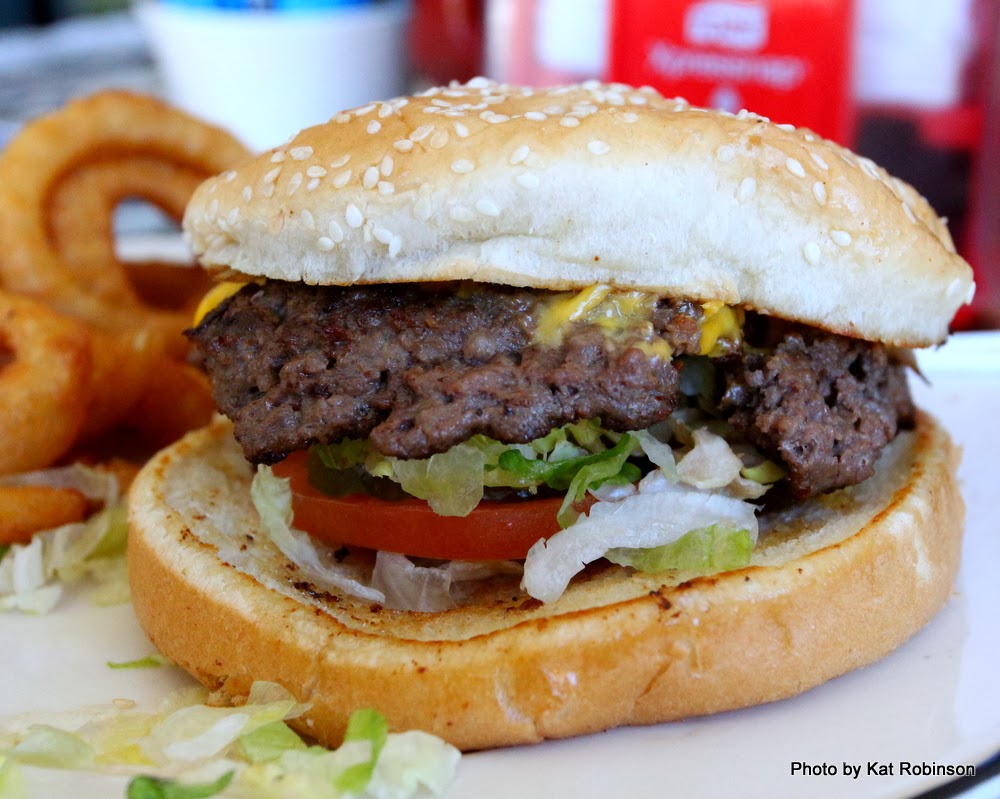 Of course, it was cooked through, so no pink (I hadn't requested it) and it was adhered to its sesame seed-studded top with American cheese, but it was substantial. I tossed on the shredded lettuce, pickles and tomato slice for the entire experience, took a bite and felt the satisfaction of a delicious afternoon decision made. 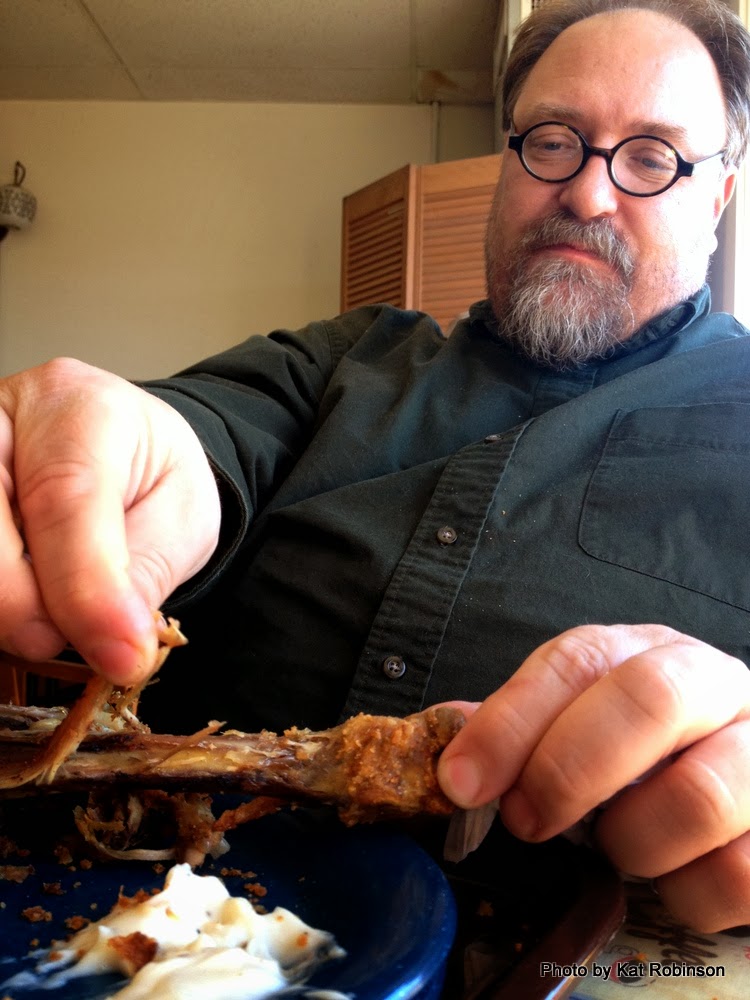 Our lunch wasn't long -- we were in the place about thirty minutes, including a heated discussion over snow geese, dogs and golf courses -- but it was good and Grav went back for seconds on that fried chicken -- one leg of which was as long as a turkey leg. Sometimes lunch doesn't have to be fancy -- tasty and filling will do the trick, and when you're looking for that comfort food ideal, Dave and Ray's tackles it perfectly.