A Pie Lover's Dream All February at Capital Bar and Grill.

Capital Bar and Grill is doing something I've hoped for a long time now -- presenting a dizzying array of pies to consume with gusto -- far more than your run of the mill meringue in chocolate or coconut, but a selection of delicious pies submitted by the entire staff at the Capital Hotel, vetted by a prime staff and presented, one each night during the entire month of February, to an eager crowd.

And that first pie right there... the bourbon chocolate pecan pie... you just missed it.

Don't gripe at me about it -- I shared it on Facebook and Twitter and even absorbed a slice myself, and you really missed out. 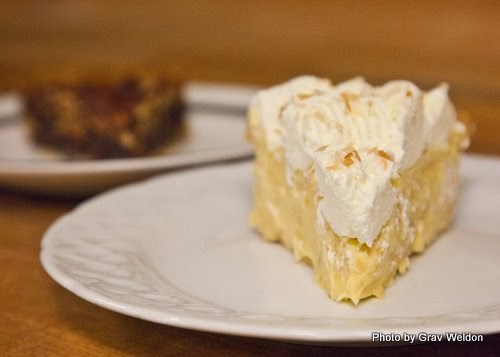 February is that month which we all should endeavor to keep close to our hearts -- it's National Pie Month, and while Arkansas has yet to be definitively lauded as the land of pie, it's merely a matter of time.  CBG's devotion to a singular idea of sharing these amazing pies is one I can get behind.

I sat down with CBG chef Zach Pullam and Capital Hotel pastry chef Jamie Hornby this past week to discuss the idea.  It's a simple one, sure -- gather all the best ideas about pies in a hotel and then present them, one each dinner, for a month. But it's far more than that.  Amongst the offerings are the black bottom pie (Grav Weldon's favorite, one offered few places), brandied cherry -- even Nutella. 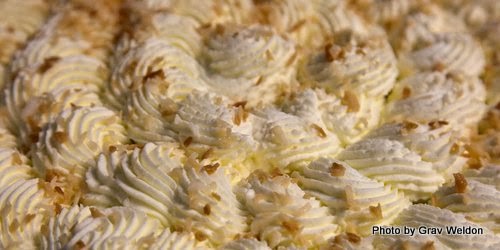 Grav Weldon went early on the first day to photograph the introductory pie and another -- a test run at a coconut cream pie that he's now declared the best he's tried (so sorry, Miss Anna's).  Throughout the month we're going to be going back repeatedly to see if we can photograph them all. 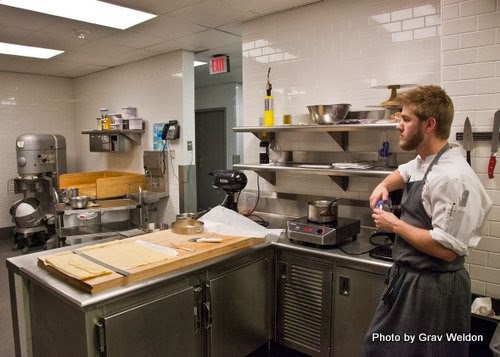 Sound ambitious?  Seems a necessity to me, with us being such fans and proponents of the Arkansas pie agenda.

For your convenience, here are the pies and their corresponding dates: 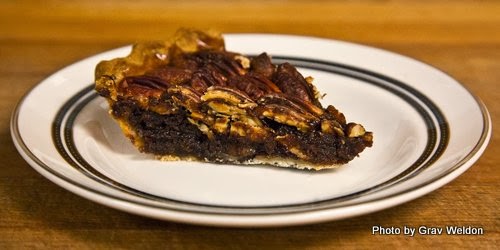 1.  Bourbon chocolate pecan pie.  You missed out on this rich dark chocolate wonder with delicately roasted pecans and a nice slug of bourbon on the end. 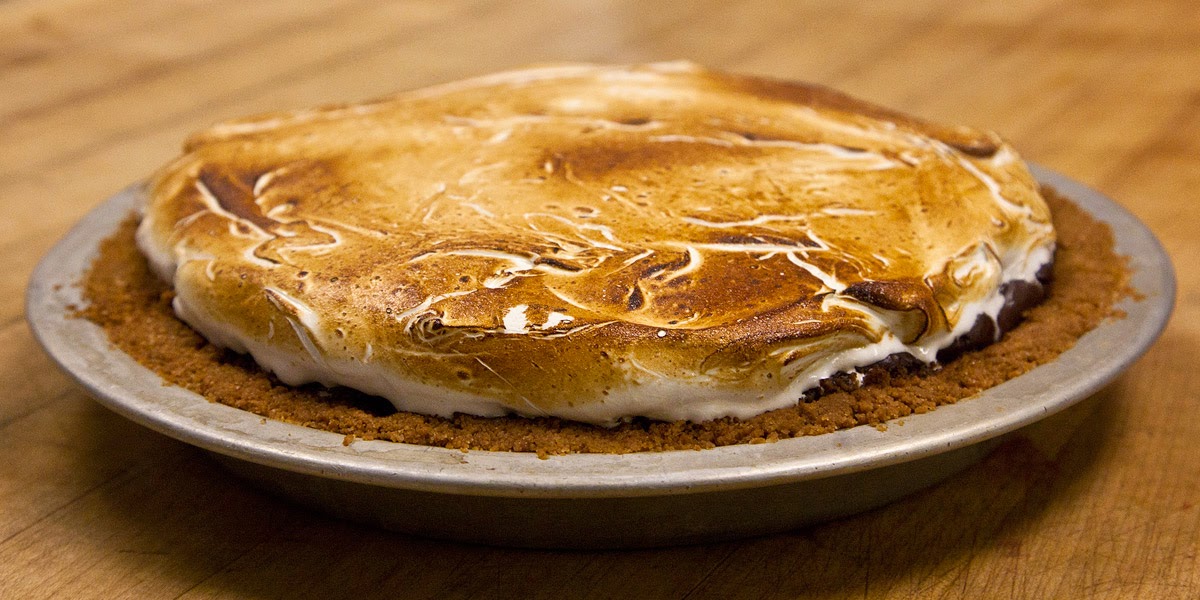 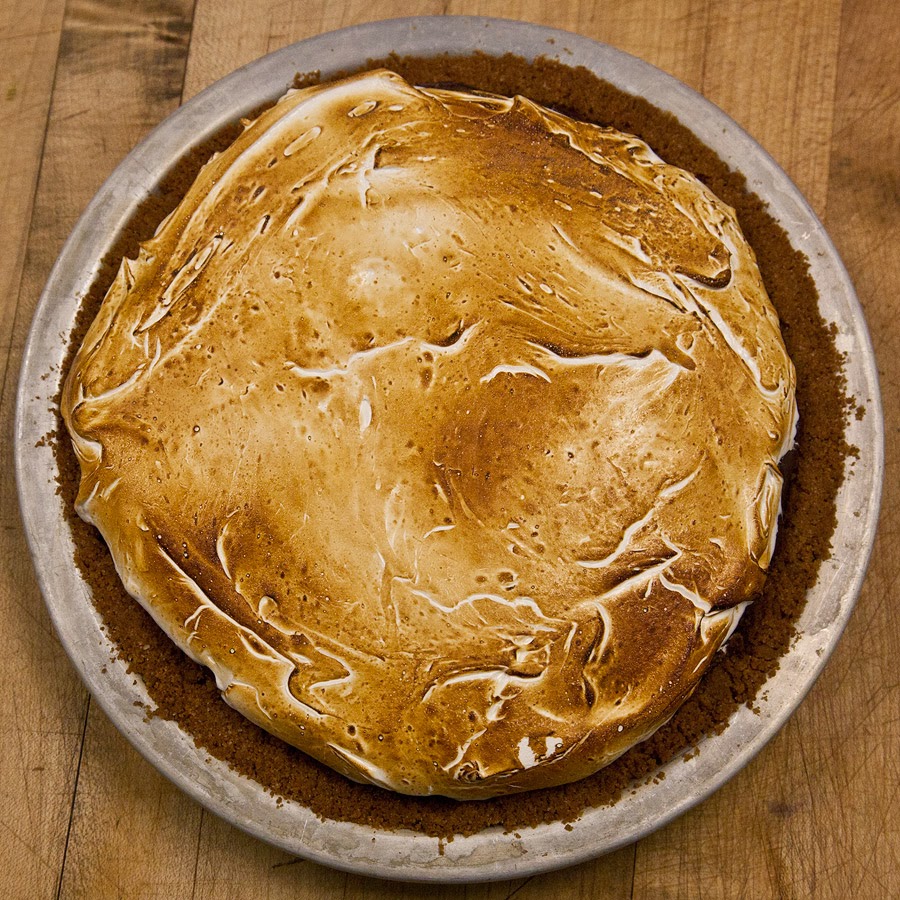 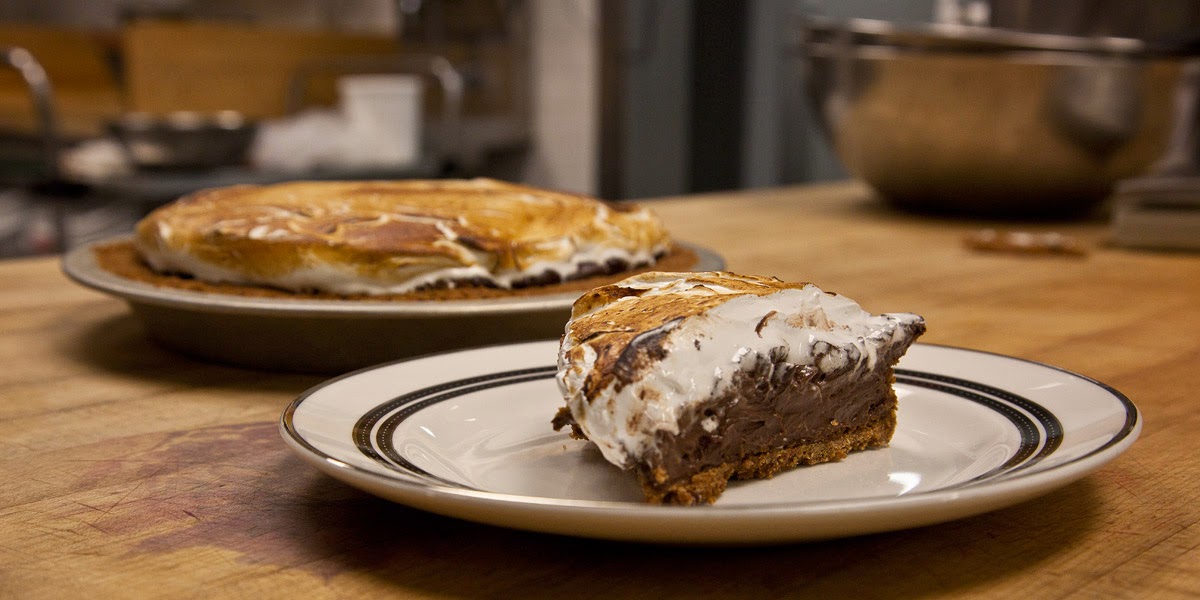 8.  Dark and Stormy (yes, like the delicious alcoholic concoction).

11.  Custard.  I understand this to be an egg custard flavored with vanilla. 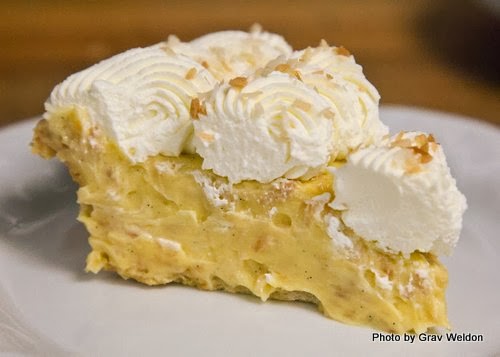 25.  Coconut cream. The test batch was marvelous -- with coconut notes both in cream and custard and a nice flavor at the end reminiscent of husk -- what I mean to say is, tastes like fresh-grated to me!

And now, the rest of the photographs... just for a little salivation. 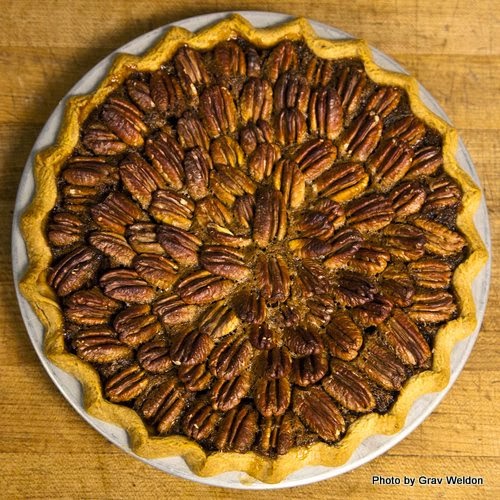 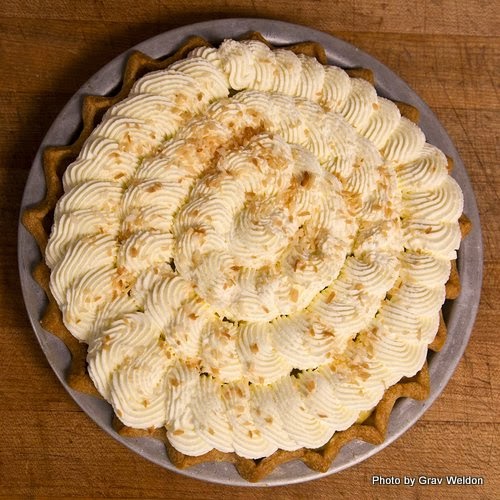 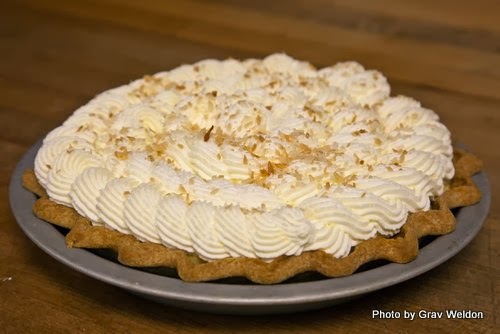