This weekend is the annual International Greek Food Festival at Little Rock's Greek Annunciation Church out on Napa Valley Road. It's the 28th year for the event. I've been going since it was pretty darn small -- and since I was pretty darn small. And I've learned a few things. 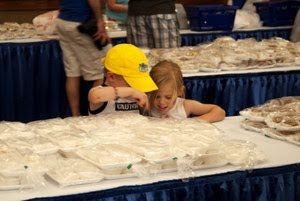 The biggest thing about going to the Greek Food Festival is to get there early. That's not to say you' won't have a good time whenever you go, but you'll do better to find those Greek dishes you really want if you head over there on Friday afternoon. That's because the baklava, butter cookies and such will all sell out before Sunday afternoon, mark my words. It's not that the folks at the Greek Annunciation Church aren't trying to meet the demand -- after all, they start working on those pastries six months before the event! -- but that they're so popular there's no way to make enough for everyone to take home so much.  I try to visit early, usually Friday around noon, so I can go on in to the air conditioned hall on the property, peruse the wares and pick up my sourota. That way I know I'll be able to take home those fabulous pastries. 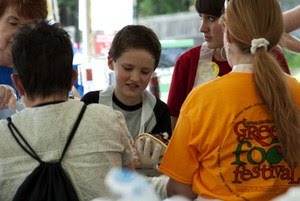 The next thing to know about is the parking. It's free. It's not just free across the street, it's free down the block. There's parking at several locations and trolleys to get you to the front door of the festival. Still not comfortable enough? As far as I know, the International Greek Food Festival is Arkansas's only food festival that offers valet parking. I kid you not! For $10, follow the signs to the festival 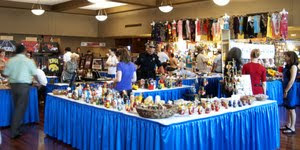 and let someone else do the parking while you go about your eating and relaxing.

A third thing to know about: the festival is a great place to shop. There's the market, which offers Greek cooking specialties such as oil, vinegar and olives. There are Greek costumes, toys, those fascinating little dolls that live inside other dolls, scarfs, lamps, paintings, jewelry and more. This is a great place to shop for that person in your life who has everything. 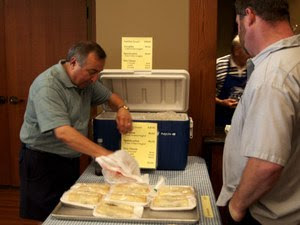 Another thing to note -- while there's a lot of food available to eat right there, you can also take home frozen pastichio (think Greek lasagna), tirapetes (cheese-filled triangles) and spanikopita (spinach and cheese filled triangles). Over by the end of the pastry section there's a man with a cooler who will sell you frozen goodies to put in your freezer and cook up later. The kids will never know how you managed that fancy Greek cooking months from now! 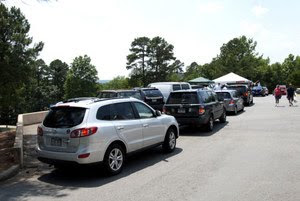 There's also the drive-thru. See, the International Greek Food Festival is the state's largest food festival, and there's a big demand on what's available. For some, the only reason they go is for a hot gyro plate. You can get a gyro, a k-bob, hummus or pastries without ever leaving your car.

My last bit of advice -- go often. There are so many things to see and do at the festival, it's hard to choose just a few. Go shopping. Come back and eat and enjoy the entertainment. Return the next day. It's a unique experience and it's tasty, too. 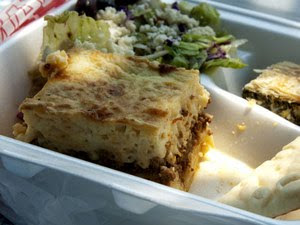 I just gotta mention -- that pastichio platter is $10, comes with a block of pastichio, a square of spanikopita and some Greek salad and a half a pita. The pastichio? It's light and airy on top and full of flavor, thanks to a homemade bechemel sauce that ties cheese, ground beef and pasta together.

For more information on the International Greek Food Festival, check out the event website.
Told by Kat Robinson at 5:14:00 PM