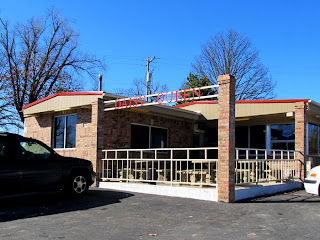 I have friends and family all over Arkansas, and one side of my brother’s family comes from Searcy County. So I have been familiar with the Daisy Queen since my adolescence.

The little dairy shack on the east side of Highway 65 in Marshall has received a little facelift here and there over the years, but it’s still serving up burgers, shakes and all the things a little community like Marshall might want to eat. 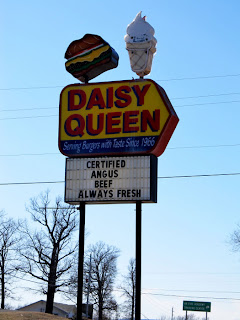 I stopped in on my way back from a trip further north recently to enjoy a classic burger and kick a little road dust off my shoes. Almost changed my mind when I saw the men. It’s been a little while since I dropped in, but I had forgotten about the variety of items at the place. The menu is posted overhead on these old yellow signs, completely packed with dining options. And then there are whiteboards below with even more options. What’s offered? 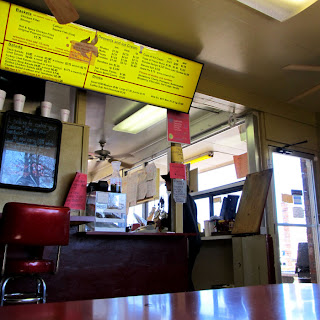 I haven’t even made it to the burgers. They come in single, double or triple sizes, with or without cheese, bacon or chili. And there’s something called Jeff’s Bigmouth Burger (8 ounces of Fresh Angus for $4). I won’t even go into the kids’ meals, the chips, the beverages (except to say they carry a large number of diet beverages) or such. Lots of options.

I bet the menu is so large because Marshall doesn’t have a whole lot to choose from when it comes to dining. There’s a Pizza Hut and a Subway north up the road, and a little diner south a bit. And there’s the Harp’s grocery store and a couple of convenience store. All these things have come and some other things have gone since the Daisy Queen opened in 1966. 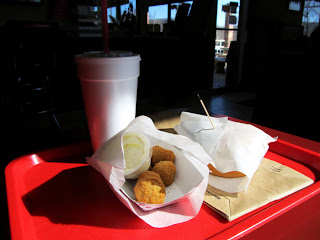 So, about my lunch. I ordered and had a seat, relaxing a bit. It was a Sunday afternoon and there were a few people in the place, including a family of four that were sharing burgers and onion riings at the next table over. The lady I’d ordered from at the counter called me over and handed me my iced tea and I enjoyed a few more moments soaking up sunlight coming in the west-facing window. 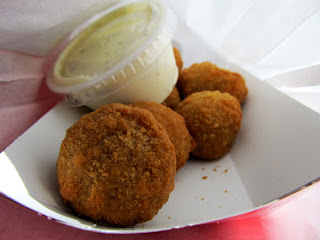 And then she got my attention again and passed over a red tray. On that tray were two wax-paper wrapped bundles. One of them contained some hot fresh battered and deep fried mushrooms with some Ranch dressing in a little cup. I knew the mushrooms were likely from frozen, but they were good and hot. And they were cheap, too -- $1.40 for a tray of eight. 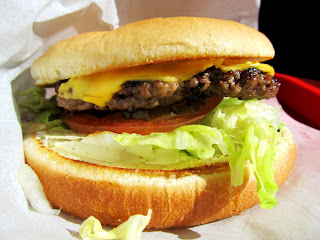 And then there was the burger, pretty much unchanged from the sort I’d had as a teenager. The seedless bun had been lightly toasted on the griddle, the salt-and-pepper seasoned patty topped with a slice of American cheese and allowed to melt before being placed on top of the stack of vegetation on the bottom bun -- top to bottom dill pickle slice, tomato slice, iceberg lettuce and white onion. Mayo was the default condiment.

And that burger had the flavor of a consistent favorite, with just the right amount of griddle char on the meat and the right amount of mayo skimmed onto the bottom bun. The folks who make these burgers could probably make them in their sleep. It’s a classic quarter pound of drive-in delight. 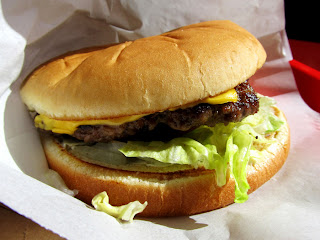 If I had not been watching my calories, I might have made it out of there with a chocolate malt, which I also remember as being quite splendid from my younger years. As it was, I took part of my meal on the road with me.