Burger Joint of the Week: Cheers in the Heights. 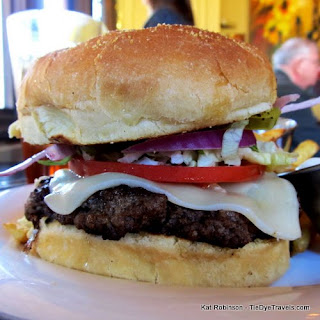 What qualifies as an Old Fashioned Cheeseburger? The name graces the menu at several Arkansas eateries, but there seems to be nothing more in common between them all than ground beef, some sort of bread and some sort of cheese accompanied by lettuce, tomato, onion and pickle — which is about the norm for any burger around here.

Still, Cheers in the Heights has a pretty good Old Fashioned with a choice of cheeses. Trouble is finding a seat inside during the lunch hour so you can enjoy one! 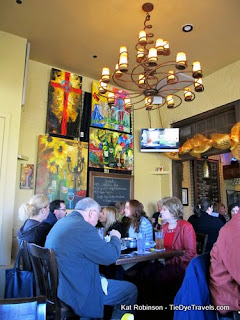 I dropped by last week to grab a burger and some iced tea during the lunch hour. I apparently made it right before the rush arrived; when I got there, about half of the inside tables were full. Within 10 minutes every table in the place was occupied — including those in the plastic-enclosed patio and a couple of tables under the awning outside of that. Popular place!

The burger options at Cheers are simple — the Old Fashioned Hamburger ($5.75), the Old Fashioned Cheeseburger ($5.95) and the Garden Burger ($5.75). The cheese options are varied: American, Cheddar, Swiss, Pepper and Mozzarella. I went for the Mozzarella because, frankly, it's been a while since I had a good mozz burger. The default condiment is mustard and the default side, potato chips. I upgraded to the fries for $1.90 more. 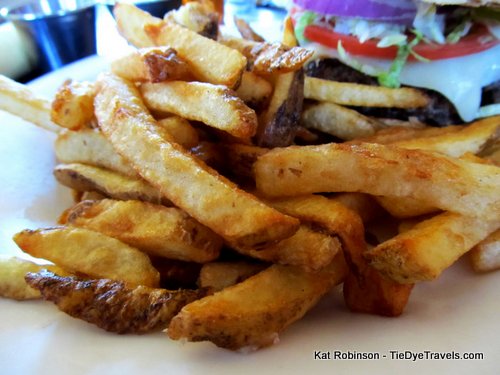 That was a good choice — the fries were plentiful, fresh cut, skin on and nicely salted. They were a little crispy on the outside and good for dipping. I highly approved. 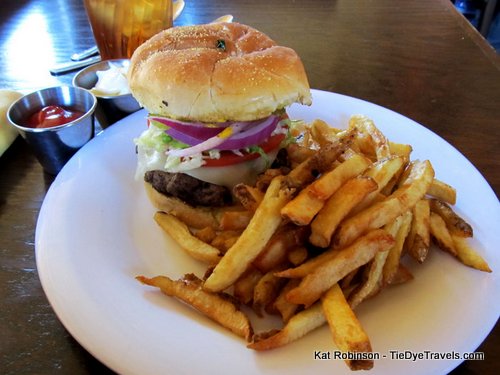 The burger? Half a pound of griddle fried lean ground beef on a Kaiser roll. The yeasty roll was toasted and soaked up what little burger grease was left. Unlike other Kaiser burgers I have encountered, this one stayed together throughout the meal. The meat was salt and pepper seasoned with a little of what tasted like Tony Chachere's in the background, nicely done. Red onion slivers were liberal, as was the tomato, though the strange lettuce seemed a bit... well, white for my taste. I was surprised to see traditional hamburger dills here but once I tried the combination of bun, mustard, dills and burger it made sense. This Old Fashioned is named such from iancient dairy-bar roots where the mustard usually goes directly on the meat. I appreciated that there wasn't too much mustard... just a smear. 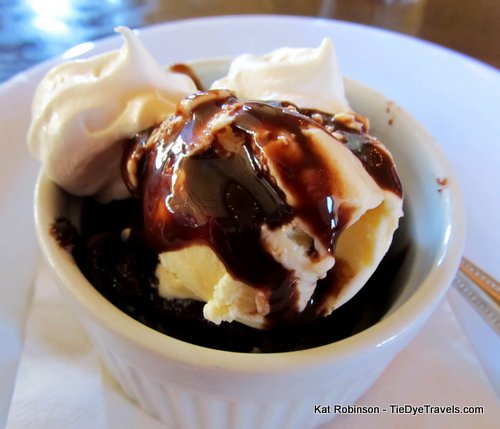 I should have stopped there... and had planned to, but my waitress talked me into dessert. I went for the Chocolate Cobbler ($5.50) and was rewarded with something that seemed to be a bastard child of a Molten Lava cake and a brownie, but better: overly moist and yet crispy chocolate cake served up piping hot in a ramekin topped with ice cream and whipped cream. 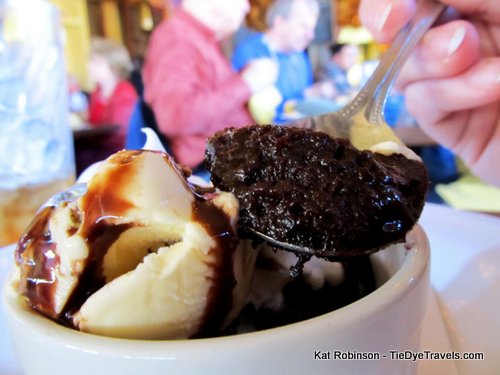 Rich. Like a chocolate carpet rich. Like a velvet dark chocolate souffle. Like... well, it was decadent, and the variations in temperatures made it even that much more so. I guiltily ate it all. I know I'll pay for that later.