Celebrating the New Year at Lilly's Dim Sum Then Some. 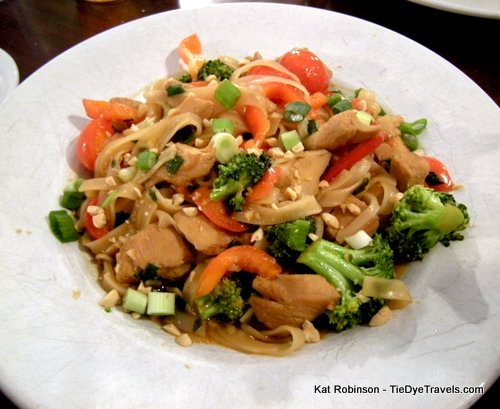 The new year is upon us, and we're blessed with the foods that are rumored to bring prosperity to our new year.

Following our hungry appetites, the hubster and girlchild and I found ourselves at Lilly's DimSum for a lunch of fortunate food guaranteed to bring us a lucrative and well-fed year in 2010.

I was called by the siren song of Drunken Chicken (shown above) mentioned in a Facebook post.  Ah, yes, noodles and booze and spice... that indeed was enough to draw us from our football-enhanced coccoon on such a clear and cool day.  The idea of a blessing of black eyed peas didn't sound all that bad, either. 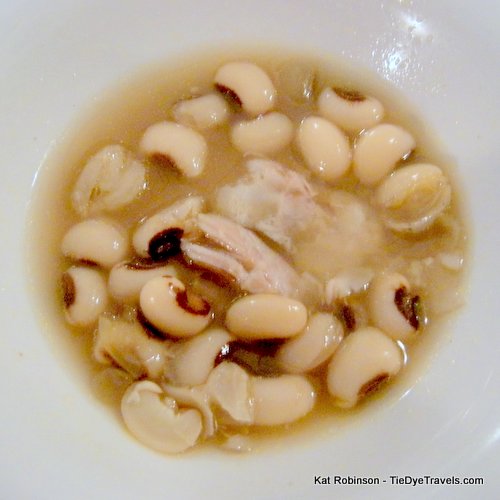 Our first pleasure, though, was that of the special soup Kathy Webb came up with today, Sweet Potato ($6) with a generous dollop of coconut milk and hints of peppers and spice. The hubster demurred to Hunter and I. I should have doubled the order; I adored the soup, but she ate about half, negotiating with me for sips of soup in exchange for peace and quiet. She was disappointed when I had spooned up the last of it, and needed a bribe of iced tea to quiet down again. Yes, my daughter (like I) is an iced tea addict. Bless her heart. 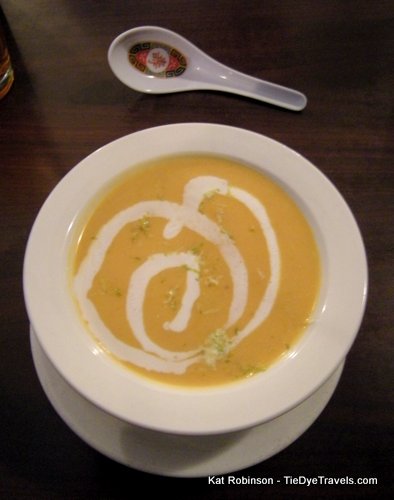 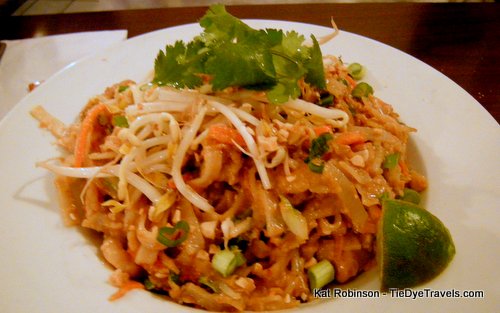 Nao's recommendation earlier this week of noodles for longevity and long luck in the New Year convinced both of us to revel in noodle-bourne creations for our entrees. Of course that meant Pad Thai ($12.95) for the hubster, who relishes the peanut-flavored delicacy, his favorite dish on the menu. For me, it was the aforementioned Spicy Drunken Chicken ($10), with its savory noodles and big hunks of chicken, tomatoes and red bell pepper. Very spicy but oh so good.

Hunter, of course, managed to get more than a little of each. She's watched her parents too much, taking bites from each other's bowls. Between the two of us, she managed bites of each, and savored the limes from her dad's Pad Thai as well. That's one happy girl... who scares me with her early devotion to spicy foods.

Lilly's is always a delight for us, and always a big suggestion for folks who are new to town. It was lovely being able to properly welcome the new year there. I just wish we'd had room for a wonton sundae.