A Surprise Start at The Finish Line Cafe. 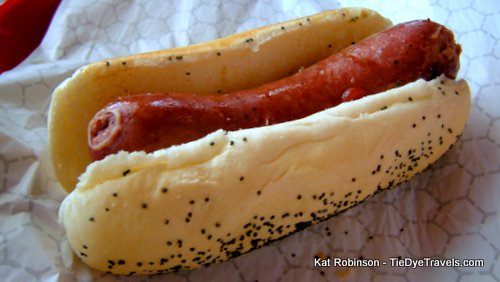 That’s a pretty wide menu with some pretty crazy items on it. Chances are, you’d expect to pay quite a bit for a restaurant with this sort of variety.

Would you believe me if I told you the chicken fried steak plate above cost just $6?

Yes, I was surprised… even though my brother had been telling me about this place for months. About huge reasonably priced breakfasts, a case full of take-and-go meals, a wide selection of beverages, and the unusual. So I finally decided to go out and meet him… at school. 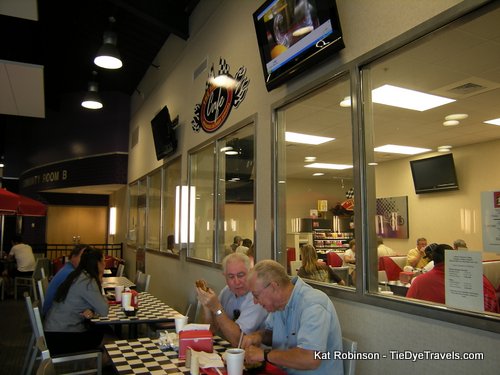 That divine everchanging menu is what you’ll find at the café at Pulaski Tech’s South Campus, The Finish Line. It’s run by students of PTC’s culinary school. Hence that variety. 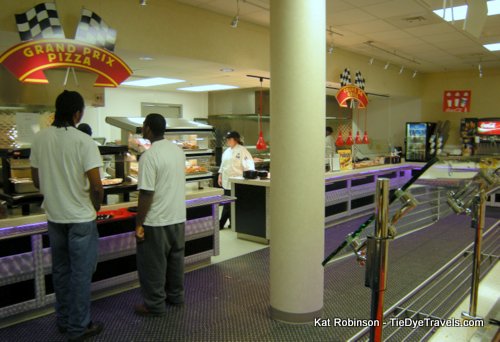 The day we went we had to wait a bit -- students had just left class (there are indeed other programs on the campus, including the car mechanic school that my brother is attending) and were grabbing hot meals before their next stop for the day. Unlike the cafeteria where I pursued my higher education, this really looks more like a café, though its “courtyard” is actually just a fenced in area outside the café within the halls of the school. My brother’s plate (the chicken fried steak) came with two sides and a drink for $6. Doesn’t matter what they serve at Coupe de Grille (the station where you get hot “home cooking,” it’s still $6 ($4.25 if you just get three veggies and a roll). Which isn’t bad. 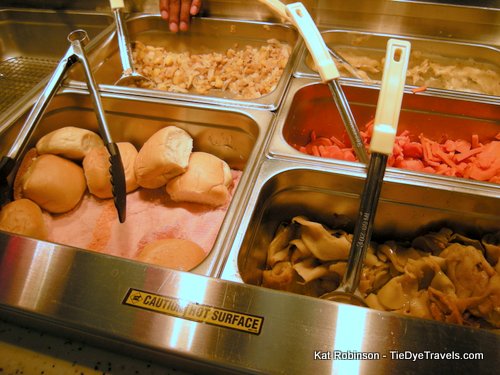 I was tempted by many things when I took my turn through the line… the quiche selection was pretty grand, as was the desserts. There’s a salad bar and a hot dessert station. I almost passed on something unusual, though. 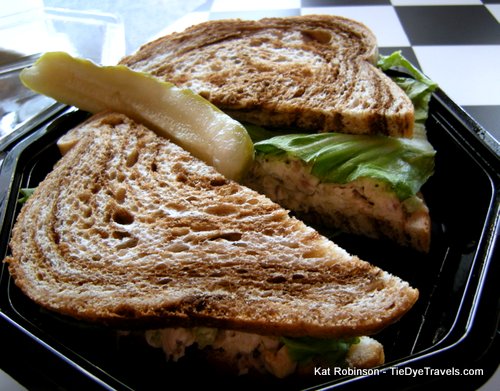 As I was glancing down into the take-and-go case, writing on the boxes caught my eye. I dare say, it’s the first time I’ve ever seen squab sandwiches offered, anywhere. Of course, I had to try it… along with the equally unusual to me Fried Broccoli and Cheese. And Blueberry Crunch… it looked good, so I figured I’d try it. Along with my iced tea, my meal came to less than $8.

And I was thrilled with the quality. I’ve spent more for a “deli lunch” downtown and didn’t get anything half as good. 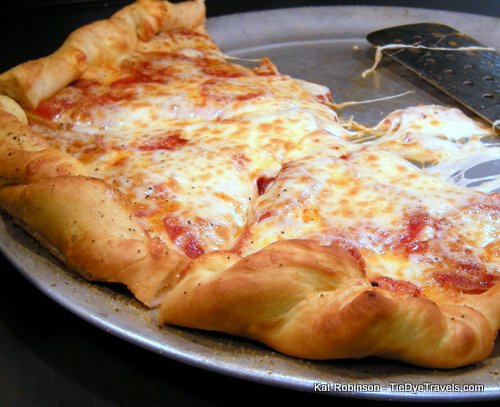 Oh, and in case you were wondering, they have pretty good pizza, too… hand thrown and covered in plenty of cheese. And I understand their gourmet hot dogs are also splendid.  PTC is expanding dining options this week… with the official opening next week of the Big Rock Bistro at PTC’s Main Campus. I’m very interested to see how that goes! 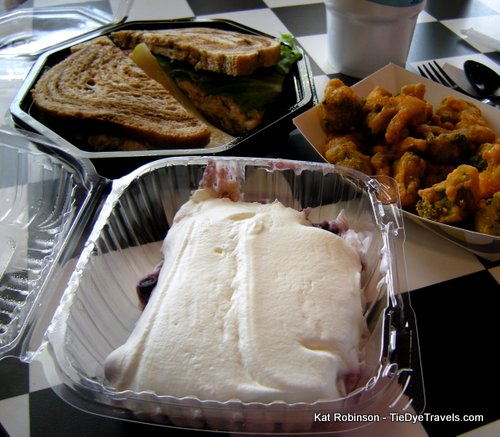 You’ll find The Finish Line inside Pulaski Tech’s South Campus. If you’re coming from Little Rock, you’ll need to take the Otter Creek exit off I-30 and ride the access road to the entrance (you can’t get there from the County Line/Alexander exit). It’s just inside the main entrance.