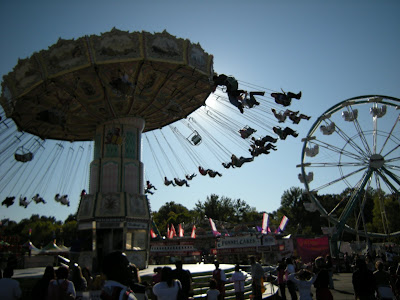 It may be hot outside now, and you might be thinking summer has just arrived and will be here for months. But the harbinger of autumn is just a month away. 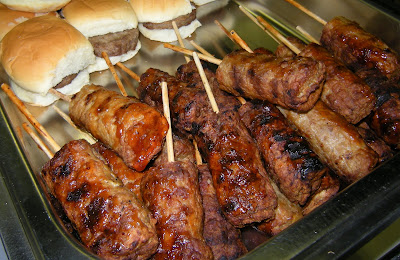 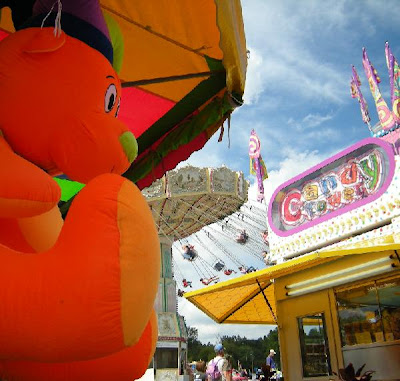 You know, I've been doing research... and last year, the most talked about Fair Food was the Pig Licker, strips of bacon dipped in chocolate and either salted or sprinkled with sprinkles. The creation came out of the Minnesota State Fair. So I'd figured I'd check out what they had to offer. On the neat side -- the Tater Dog, a hot dog wrapped with a spiral cut potato instead of batter, then deep fried. On the scarier side...

Well, this year the Arkansas State Fair is making its own creation, something that, as far as I can tell, has never been featured at a state fair anywhere.

Sadly, I had to go borrow this image from meninaprons.com... which is another site I highly recommend. Though it's not EXACTLY what we're talking about here. 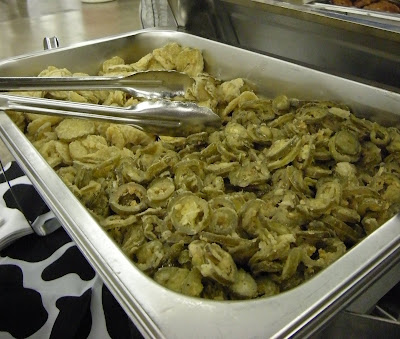 I talked with Tom Lyons, who's with the State Fair's concessions. He says the Elvis Sandwich is peanut butter and strawberry jam spread thinly on white bread, with slices of banana in-between, battered and deep fried. 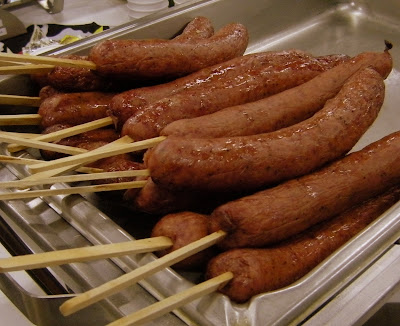 Well, it sounds healthier than a Pig Licker, that's for sure. How much healthier? Well, it IS deep fried, but it DOES have fruit in it.

That's not all, though. Among the new foods coming to this year's Arkansas State Fair are crab cakes, Chicken Parmesan on a Stick, Hubcap Steak Sandwiches, Chocolate Dipped Bananas, Fried Jalapeno Sandwiches and Pickles, and two crazy items -- Walking Taco in a Bag (I have no idea what that really is) and Battered and Fried Bacon. Wow. 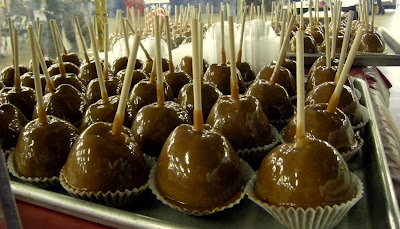 Of course, there will be all the regular favorites such as sausages on a stick, corn dogs, nut rolls,
caramel apples, cotton candy, funnel cakes, that sort of thing. Pig Lickers will be back, along with Fried Coke and Pineapple Whips. 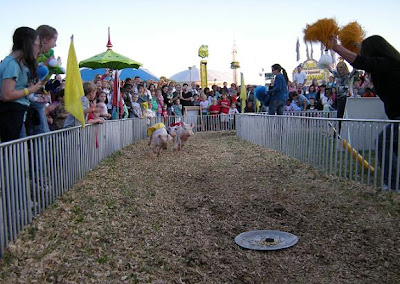