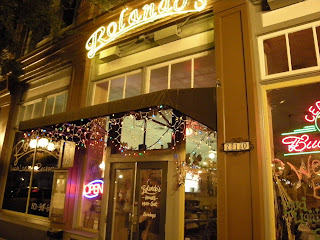 because it's no more Ecuadorian than Peruvian. And that's the way they like it.

Rolando's in Hot Springs is about far more than the cuisine of one South American culture. It embraces them all.Rolando and Sherri Cuzco's eatery moved in to the vacant spot on Central Avenue when the Faded Rose moved out a few years ago. This and their location in Fort Smith serve up similar fare -- but it's all good, and most of it has a bit of a bite to it. 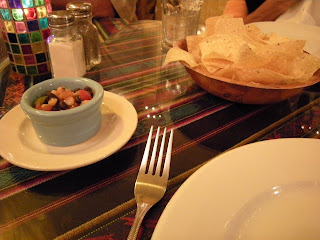 The large group I was with came in to welcomes, hugs, and bowls of a lovely black bean and corn salsa. Crispy thin tortilla chips roosted in bowls along the table, but I wasn't going to fall into that trap. I know better. There lies the road to filling up too quickly.

The way Sherri described it to us, this is 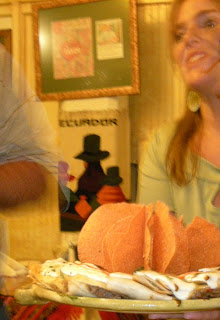 what fusion cuisine is all about. "You know what they do on Food Network when they blend a lot of influence? We're doing it right here, with our fusion cooking." Carribean, Creole, Cuban... there's a hint of it all in the menu and on the plates and certainly in the fragrant air of the little restaurant.

Our gathering party was looking for finger food, and the Cuzcos obliged with bite sized specialties that looked innocent enough -- until you took a bite. Rounds of quesadillas emerged from the kitchen, plenty for all -- thick dark pork, colorful vegetable, smooth chicken, and my favorite, the Quesadillas de Chivo -- a tangy and sharp goat cheese quesadilla striped with red and brown chipotle sauces. Incredible.

Sherri told us we were doing 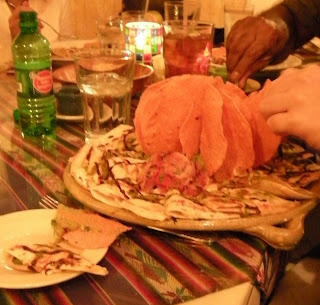 ourselves a disservice if we didn't sample the guacamole, and she was right. Rather than the homogenous paste often encountered at Latin-influenced restaurants, here it was obviously housemade with large fresh chunks of avocado, light on the spices. The avocado is really allowed to shine. And well it does, both on its own and as the perfect counterbalance to the spicy and citrus flavors in the rest of the food. 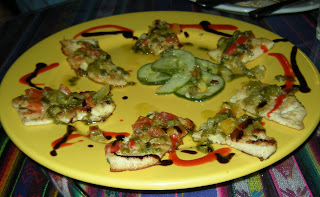 While the quesadillas were a hit, they were no match for the other fine foods -- especially the Pollo Bohemio, delicate chicken tenders marinated in mojo, sauteed in a lime and wine sauce. These delicate morsels melted as chicken usually gets the chance to on the 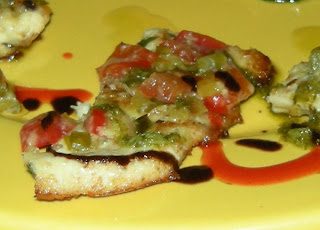 tongue, perforated with the tart of lime but still somehow sweet and savory. Another favorite -- Camarones al Moho, fantastic firm shrimp in lime wine sauce with tomatoes and veggies over rice and beans. The shrimp seem somehow buttery in texture and not rubbery or overcooked.

But by far the winner of the night was the Pescado de Mesias, a delicious grilled tilapia 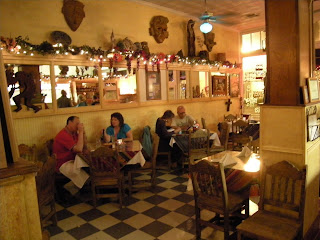 with a caper sauce that was an ethereal delight. In fact, the first plate of these never reached my seat -- instead, I was greeted with the remnants, juices and rice and beans on a stripped plate. No troubles -- Sherri made sure we had a refill quicker than I could ask for more. A perfect sear sealed in the flavor well, and a parsley-induced sauce just heightened the 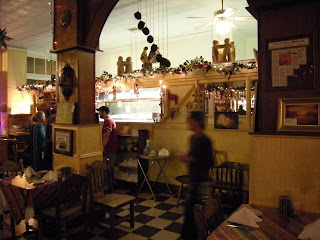 As often happens when great conversation meets good food, there was much overindulgence to be had, and I had to pass up on the fabulous desserts I'd been taunted with before our visit. I did promise to return on a subsequent visit to try Rolando's Bananas Heaven in a Bowl, a delight that I was told was somewhere between Bananas Foster and manna. Fortunately, Hot Springs isn't a far wander from home, so hopefully I will be back soon.

You'll find Rolando's Nuevo Latino Restaurant in Hot Springs at 210 Central Avenue, and at 223 Garrison Avenue in Ft. Smith. For more information, check out the website or call (501) 318-6054. 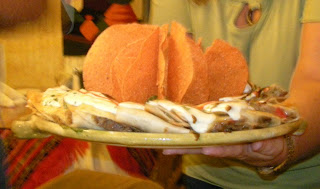 Yes, reservations are accepted. And though I missed out this time around, next time I'll check out the patio out back -- right next to a 60 foot natural stone wall that's supposed to be strikingly beautiful. Can't wait to go back.