Rooms To Groove at The Talbot Heirs in Memphis. 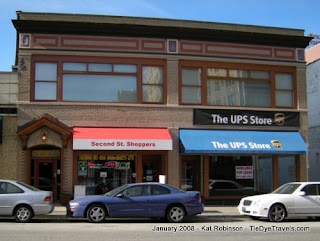 In a downtown area where space is limited, hotel rooms can be downright tiny. The incentive is made to keep lots of rooms occupied... and when I say a lot of rooms, I mean a lot of rooms. Most of the hotels in downtown Memphis boast of 100 rooms or more. This is a place of volume. 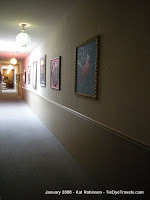 That's why a place like the Talbot Heirs Guesthouse is so lovely.
Nestled in the second story of a two story building on South Second Street, the Talbot Heirs' eight guest suites are easy to overlook, if you don't know about them. From the street, there's nothing to denote the presence of the little hotel -- unless you look closely and glimpse the hand-painted window. Upstairs, is something else.

Visitors who come here call in advance and let Tom and Sandy Franck know that they're coming. They're met at the curbside and helped into one of Memphis' best kept secrets.

Up a staircase and to the right, you'll find these overnight apartments inviting, fresh -- and large. 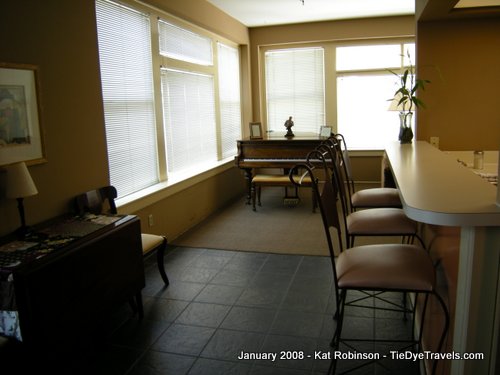 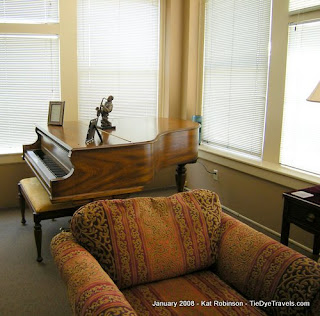 Each features a full bath, a full kitchen, and much more -- a sense of home you won't find in most area accommodations. One of the suites contains a piano that belonged to Bobby Whitlock, one of the founders of Derek and the Dominoes. This suite, #2, faces right out onto South Second Street and the hustle and bustle of the Peabody Hotel. 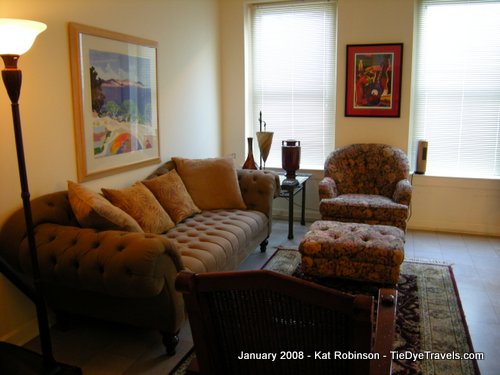 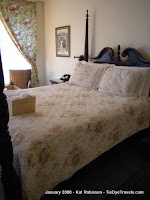 In each of the suites, you'll find a nice selection of items for your anytime-you-want-it continental breakfast -- including plenty of coffee, tea, juice, milk, breakfast bars and biscotti, cereal, yogurt, and more. The kitchens are fully equipped with stoves, refrigerators, microwaves and dishwashers. 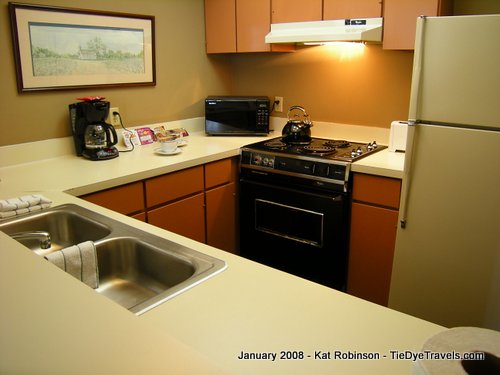 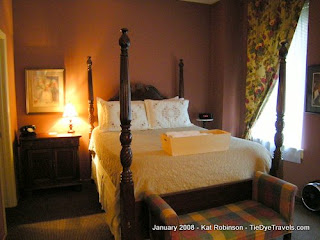 Each room has some room to work, too. There's a desk or large table in each one, with both hardline connections for the internet and WiFi, for those who are wireless. There are ample places to recline and enjoy yourself. Rooms come with televisions, DVD players and stereos. 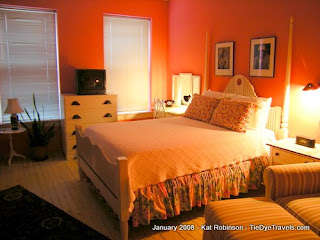 Parking is close by too -- though if you're visiting the downtown attractions, you won't need a car. Beale Street's downtown thunder is just two blocks away, Autozone Park a mere block and a half -- and the Main Street Trolley is on the back side of the block. There are several restaurants right by the Talbot Heirs, including the Flying Fish and the Big Foot Lodge. 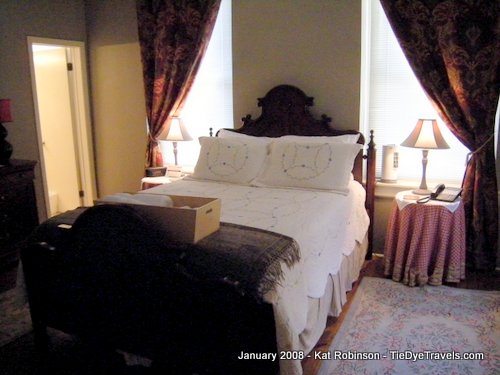 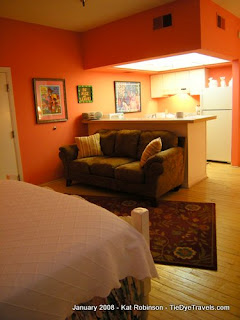 The Francks are no strangers to Arkansas. They bought the Talbot Heirs a few years ago -- but before that, they lived in Cabot. Now they enjoy the family that comes through the door. Because, you see, this isn't just a waystation overnight stop for most folks. The Francks get involved -- from the moment you make your reservation, to the moment you pull up to the front door, to the day you leave. Many of those who come through are repeat customers, and some book out a year in advance. 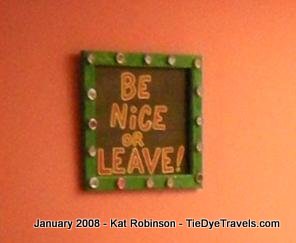 Throughout the Guesthouse, you'll find artwork by local artists, and by New Orleans native Dr. Bob. He came to Memphis in the aftermath of Hurricane Katrina and left his indeliable footprint -- or thumbprint -- here. His simple "Be Nice Or Leave" signs are in evidence here, and all throughout the downtown area. There are also several of his other pieces here, eclectic echoes that share the wide hallway with paper lanterns and guests. 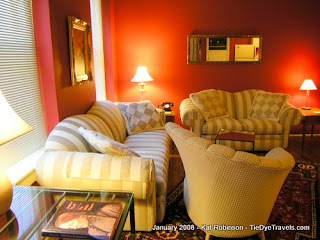 Unlike the cookie-cutter formula you'll get at other hotels, the Francks have brought service to a very personal level at the Talbot Heirs. They'll make special arrangements for you -- whether it's accommodating for your allergies, having just the right movie in your room for you, or stocking your kitchen with groceries before you arrive. 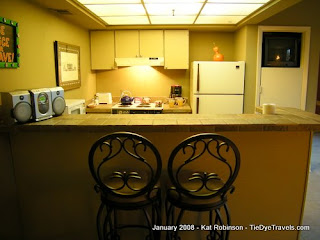 The rates are comparable to what you'd pay at most of the local hotels --$130 to $275 a night. But for a quiet, safe getaway and lots of room, you can't beat it.

The Talbot Heirs Guesthouse is located at 99 South Second Street in Memphis, just across from the Peabody and Texas de Brazil. Call (800) 955-3956 or check out the Talbot Heirs website.

UPDATE 9/7/17. I'm glad to say the Talbot Heirs is still running and still available. I've replaced the images with photo credited images and did a little color touch-up. Do realize if you visit that these photos were from January 2008, and furnishings and such may have changed.