Country Kitchen in Pine Bluff Serves the Best Chili Cheeseburger I Have Ever Eaten. 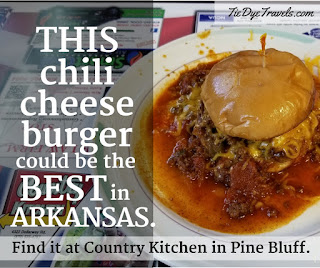 That's no hyperbole - I've had more than my share of the messy dish and this one, featuring a hand-patted beef patty and housemade chili, served in a genuine 50s diner in the South, beats every other chili cheeseburger I've ever had in my life. 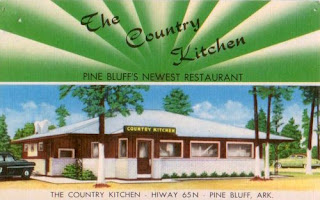 The Great Arkansas Pie Hunt brought me to this stop, the second of six restaurants I'd visit this particular Wednesday. I was on a run that started in White Hall and which would take me to Malvern by the end of the day. The search for great pie in Arkansas never ends.

The Country Kitchen was originally opened in 1953 on the north side of Pine Bluff, a country diner complete with bar and barstools, booths and tables clothed in red, chrome and wood. The restaurant managed to keep a following for decades. The original owners retired in 1987 and sold the restaurant to Mark McCool, who had previously run the local Bonanza for a couple of decades. McCool, along with his wife and sons Jayson and Jeremy, still runs the restaurant today. 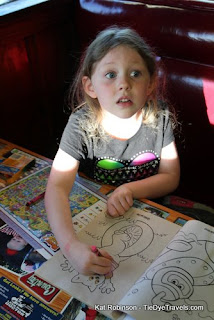 I first came to Country Kitchen while researching Classic Eateries of the Arkansas Delta. My daughter Hunter and I dropped in one afternoon to sample the menu on our way from point A to point B. I was instantly enamored with the very comfortable surroundings and waitresses, one of which called Hunter "sugar honey" when she brought us our meals.

Not that Country Kitchen mirrored other restaurants. There were plenty of things I noticed off the bat that set the restaurant apart. The very first thing that came to the table that brought this to my attention was this. 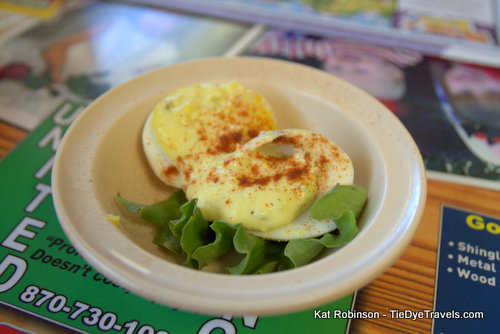 Deviled eggs are a guilty pleasure of mine... but only freshly made ones. I have a hate-hate relationship with grocery store deviled eggs (a bad history that intersects with my love of a good deal, but that's a story for another time) but I'm unable to ever turn down a deviled egg made by someone I love. At Country Kitchen, deviled eggs are almost always on the board with the other side items, right alongside potato salad, steamed squash and green bean casserole. It's the biggest key to me of what this restaurant offers - home cooking that's not just lip service to vittles made in the home. 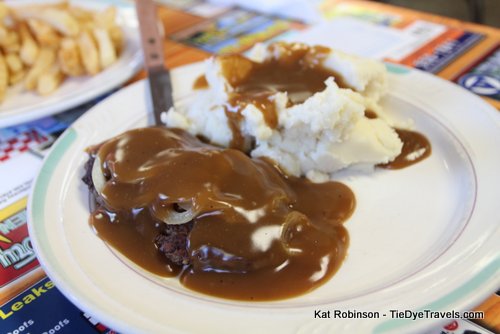 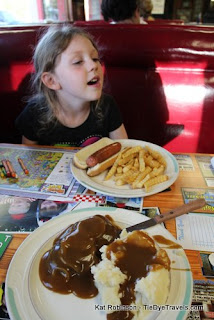 That first trip, Hunter went for a hot dog and I chose a hamburger steak. It's a winner - covered in brown gravy and onions, served alongside mashed potatoes (or maybe any other side, it's just the side that made the most sense to me at the side) and a big plastic cup of iced tea. If this place wasn't a classic, I was going to eat my hat - and of course after I went I found the postcards and memorabilia from earlier years of the restaurant.

Most Arkansas diners worth their salt have a number of things in common - they offer a good breakfast, great sides and almost always they have a good proprietary pie. This latter point was answered on the whiteboard the very first time I walked into Country Kitchen, and I made a note to come back. Because while most of the pies served at the restaurant come from elsewhere, this is one eatery truly proud of their housemade lemon icebox pie. 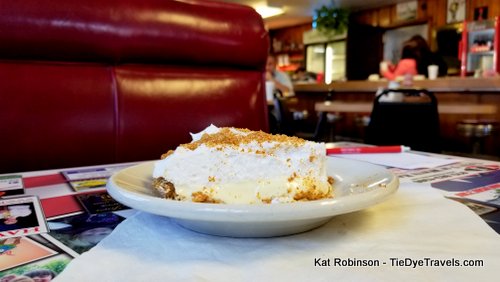 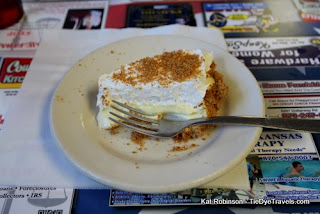 It is indeed a worthy pie - a very loose and not too thick graham cracker crust, a rich flavorful custard, a well-beaten layer of cream and more graham cracker crumbs on top. It's not a sturdy pie - you won't be able to pick it up whole for a bite - but it's soft and oh so sweet and a clud to consume. 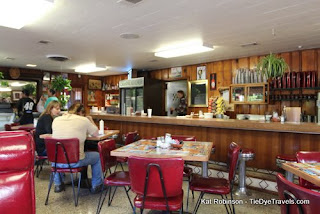 That alone would be worthy of this sort of piece. However, my pie-related visit was actually enhanced and blown away by the part I didn't expect.

See, when I do a round of six to ten restaurants in one day searching for pie (listen to me talk about this here), I don't actually eat at most of the places. Those single bites of pie at each location pile up, though, and without good savory food from time to time all those bites become a sweet ick of contention. 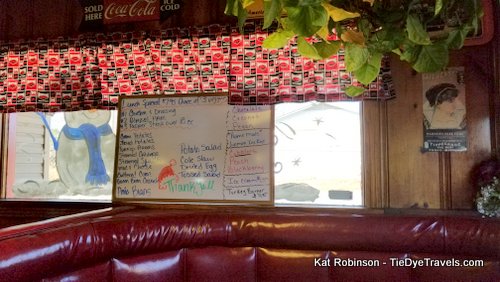 I thought about what was on the board this particular Wednesday.  I seriously considered the beef tips over rice with sides of steamed cabbage and steamed squash, seriously considered the combination. It would have been healthier. But I have a hard time passing up a good burger, and the idea of chili on this very chilly day seemed a good excuse to get something that would normally fall on the junk food side of my personal diet. 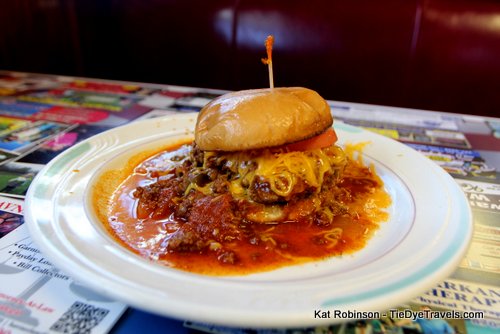 This? This wasn't junk food. It was a noble, sloppy wet tower of delectability.  May I present for you, the Country Kitchen chili cheeseburger. 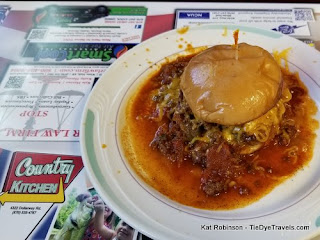 I've had my share of pre-made once-frozen patties of meat and chili from a can topped with a processed cheese slice. None of these applied here. The patty of this burger was pliant and a little loose, salt-and-pepper seasoned with a nice light grill crust, thick enough for pressing bites every time a fork is brought to the lips. 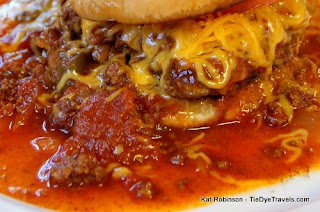 What pushed it far over the top, though, was the chili. Country Kitchen makes chili like I do - with lots and lots and LOTS of tomatoes, cumin, bell peppers, garlic and caramelized onions. No beans, though - this is a filler-less chili with huge chunks of seasoned ground beef. On its own this chili would be plenty for a meal. Poured over a hot burger patty, covered in shredded Cheddar cheese, served between seedless buns perfect for soaking up that beefy sauce... 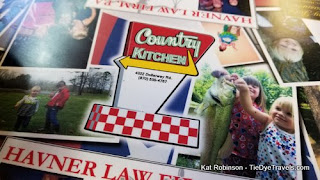 There's a lot more to love at Country Kitchen, but perhaps I've motivated you to head to Pine Bluff. After all, there are few places where a magnificent burger, good plate lunches and pie intersect at a classic Arkansas diner, and far fewer that offer irresistable deviled eggs. Get yourself to this place. 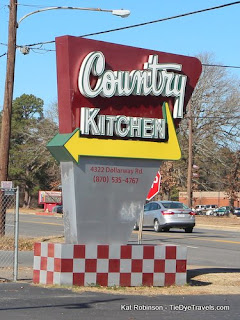 Which does lead me to the one last odd bit. Go on Google, the address for Country Kitchen is 4322 Dollarway Road in White Hall - but the address is within Pine Bluff. However you get there, just go. 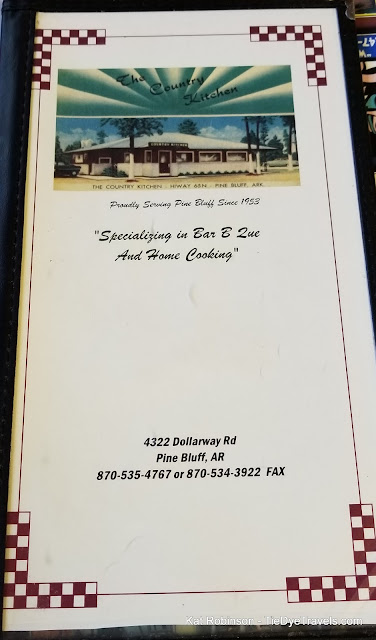 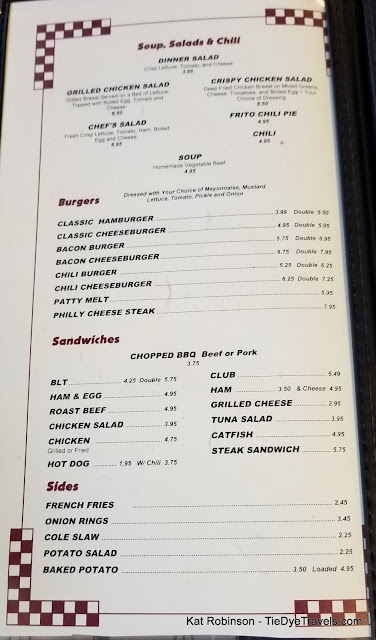 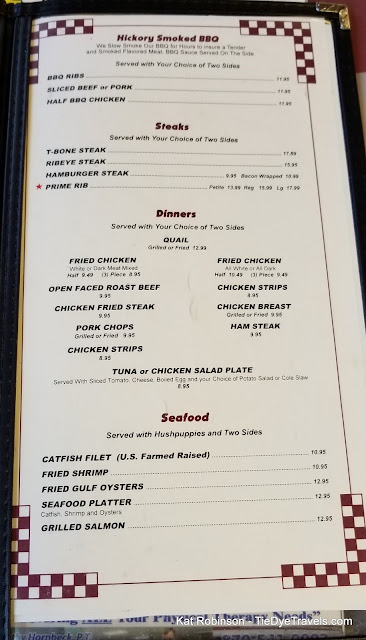 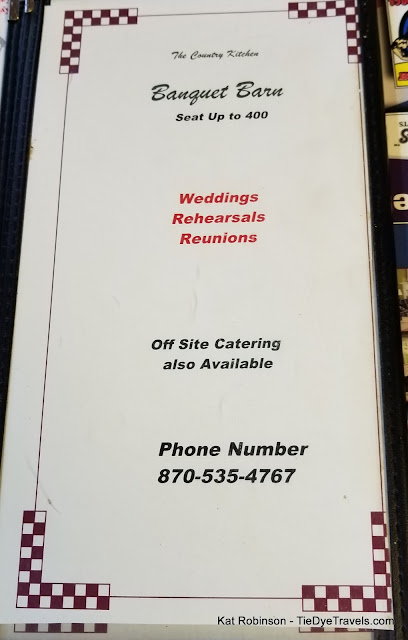 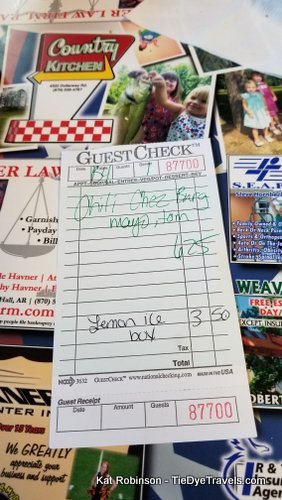