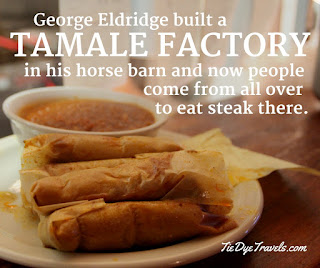 A Woodruff County horse barn isn't just a showplace for quarter horses on centuries-owned land by an Arkansas Delta farm family. It's also where the tamales for two great Arkansas restaurants are made - and where, every Friday and Saturday night, crowds come in to dine on steak. Let's check out Tamale Factory. 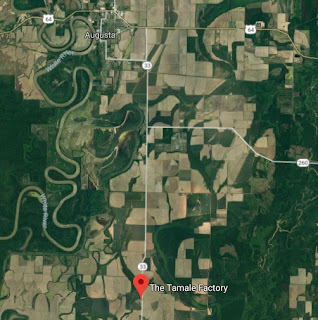 The Eldridge farm lies somewhat south of the town of Augusta, which itself is more diminutive than its closest neighbor, Bald Knob. To get there, you have to turn off the paved roads and, if you go when I did on one blustery winter's night, you have to slalom between drop-off ditches. If there's been a lot of rain in recent times, approaches from the south might not be accessible.

You will arrive, if you turn your GPS to the correct coordinates, at this massive white horse barn with a gravel parking lot out front. The left and middle sections of the barn are for the horses. The right side is for diners. Don't worry - there are no stalls for customers to muck and no direct entrances from one side to the other. 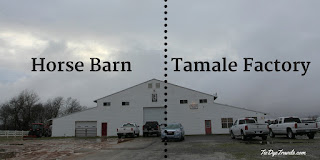 The right side of the building is important, not only to the Eldridges but to the Litte Rock operation of Doe's Eat Place and to the restaurant that opens under that roof every Friday and Saturday night. Of course I'm speaking of Tamale Factory.

For Little Rock folks, the restaurant is shrouded in mystery, the sort of place you hear about in conversations or discover when a fellow businessperson lures you into their vehicle for a long drive. There's little advertising, just a whole lot of word-of-mouth shared with patrons of Doe's and fellow food lovers. Or, as you might suspect, my sort of place.

I've been out a few times, but it is rare that Friday nights find me in that neck of the woods. A recent conversation alerted me to the fact that I had not spoken about it yet, and that's a greatly overlooked fact. So here you go.

For the recotd, I met George Eldridge in the main dining room at O.W. Pizza in early 2012. He was, surprisingly enough, not the most notorious person in the room. I cannot recall if my friends Audie or Josh were there that day, cooking, but I do recall that I'd come over to grab a bite to eat with Grav during my limited lunch hour on one of my first days at the Arkansas Department of Parks and Tourism. Miss Kim was insistent we be social and made introductions between us and her other two customers of the day, Mr. Eldridge and one Ms. Connie Hamzy. Connie and I had met before - but that's a story for a different time.

I am curious if Miss Kim still has the photo she took of us - but that's neither here nor there.

Mr. Eldridge asked me if I'd been out to Gregory yet and I had to inform him I had not. We did discuss the magnificent steaks Doe's brings forth each year. What a lot of people don't realize about Doe's is that it's not quite the same as Greenville, Mississippi's Doe's. George bought the rights to the name for his new restaurant in an old building in downtown Little Rock in 1988. The facility gained fame during the 1992 presidential campaign, since the location was a familiar haunt for Clinton staffers. I chatted with him about the burger, which I had just written about as my burger of the week choice.

We ran into each other several times over the next few years, sometimes outside of Doe's and sometimes just in the course of our usual business days, and he would always smile and invite me out to the shop in Gregory. 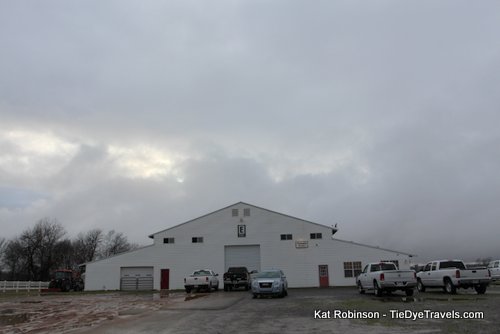 It took me some time to get out to Tamale Factory for the first time. In fact, it wasn't until I had left ADPT that I found myself driving those two lane roads on a Friday night with Hunter in the backseat, looking for the place. We diverted a couple of times coming up from down south thanks to high water over roads, but we did manage to make it while there was still a little light left in the sky.

The cars in the lot made it easy to find. 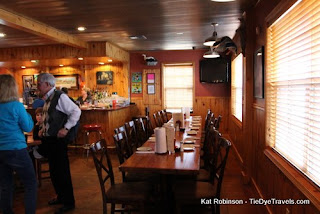 George knew I was there the moment I walked in and greeted Hunter and I both. He sat us in the middle of the room and gave me a menu before obscoding with my child for a quick visit to the horses. I mean, it was swift, but my child has never met a stranger, which should be of some concern to me. I had her wash up when she came back in. 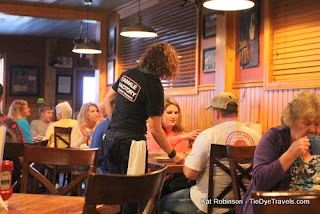 It was early in the Friday evening, but by the time Hunter was back inside the place had packed out. We dithered over the menu a bit - she was in a chicken sandwich mood and I was pointing out to her how ridiculous it would be to not have the tamales or the steaks at a place renown for them, 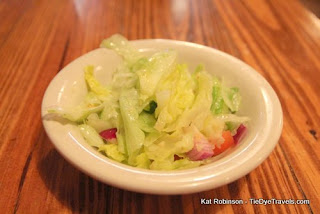 but she was adamant. I asked for a T-bone and we chose to split an order of fries. I also picked at the soaked salad that's a standard for both restaurants, just a little lettuce and such in a sour vinaigrette. 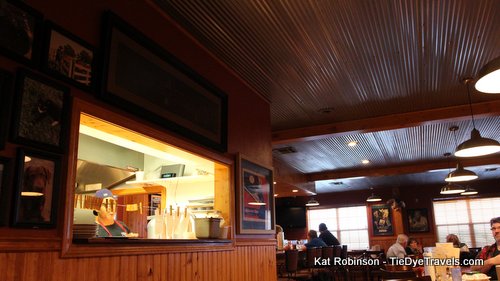 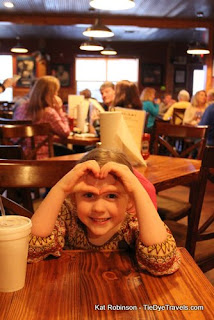 Our location offered me a great vantage point to watching what was coming out of the kitchen - and at that early point, the most frequent contender were platters of tamales with bowls of chili - an outstanding chili that I've indulged in many times. But it's the tamales that the place is known for, and for what you're seeking an explanation.

See, every Monday and Tuesday, there's a crew that comes in just to work on those tamales. Four or five thousand will be handcrafted, wrapped in corn husks and prepared over the course of those two days. About three quarters of them are loaded up and taken to Little Rock, where they'll be dropped in pots of spicy broth, cooked and served to the masses that order them bydozens and half-dozens, a Delta-style appetizer for the main course. 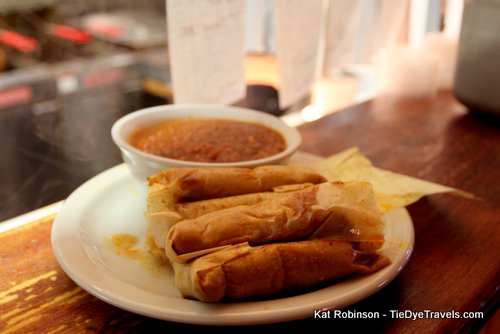 The Tamale Factory came to being out of necessity.  When George first opened Doe's, he brought in tamales from the original Greenville location. Then he bought an existing tamale factory in Newport to make the Delta delights. When that went out, he built up a new tamale factory in Augusta and sold it. Unfortunately, though the tamale factory did well selling to George, it didn't survive and he was stuck trying to come up with another solution. That was about the same time the family was considering the construction of a new barn on their century farm at Gregory - so the plans dovetailed in the construction. Hence the reason why Hunter got to see baby quarter horses that day. 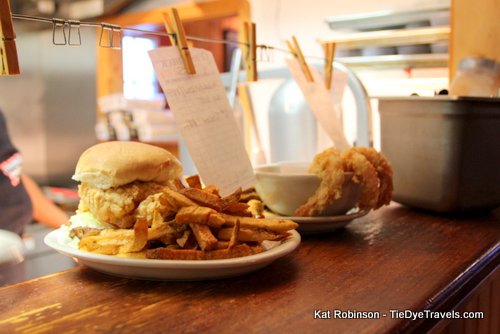 The menu, I should mention, has few items upon it, even fewer than Doe's does. Burgers and chicken sandwiches and catfish, some other fish. The tamales are mentioned twice, and the steaks - T-bones and Porterhouses in two to three pound portions, and a two pound filet. No desserts. The back is a litany of different booze to consume while enjoying said steaks and tamales. 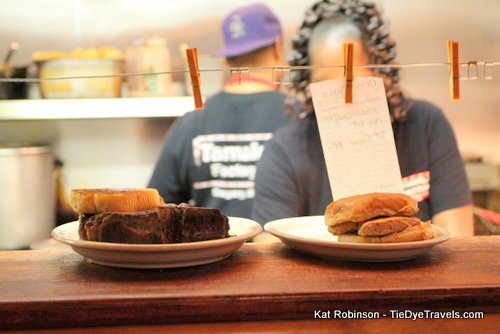 I captured some of the dishes going out from the window, which wasn't far from where I sat. The steaks smelled phenomenal  There was also this huge fried shrimp cocktail I coveted when it came through, but I was committed. 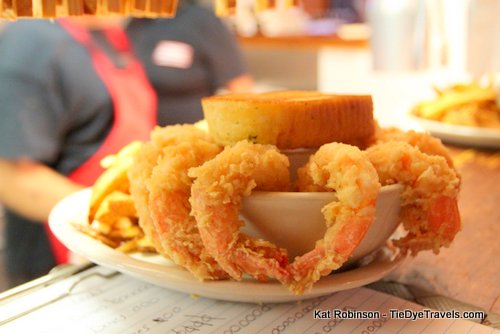 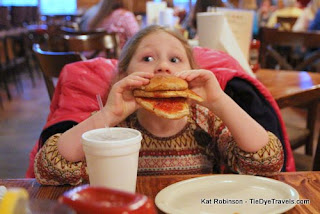 I also had chosen to share fries with Hunter because I knew I really didn't need a side item with my steak. Her chicken sandwich came first, ketchup only (because KIDS) and she dug in before the fries hit the table, hungry after the drive and seeing horses, apparently. I nibbled a little on her fries while I awaited the steak. 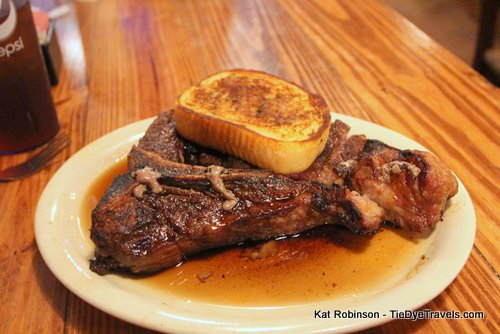 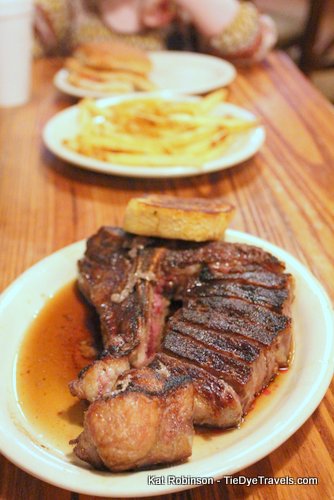 The way Tamale Factory and Doe's does a steak shows it was just sorta meant for sharing. Indeed, there had been many times over the years where gatherings had happened over a Doe's steak (including my last lunch at ADPT) betwixt friends.

This monster was nearly three pounds of almost rare T-bone, cut through but still connected to the bone, the gorgeousy seared crust encasing a perfect reddish pink flesh that was expertly but moderately seasoned.

So, here's the fun fact that came out of this. Hunter had eaten her 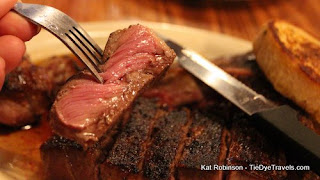 chicken sandwich. She was piddling with her fries and ketchup and watching me enjoy this repast. And then she asked for a bite.

We demolished that steak. To this day, Hunter wants a medium rare if not rare steak and will gladly order it, sometimes to the consternation of wait folks who cannot imagine.  This was where the desire was born. 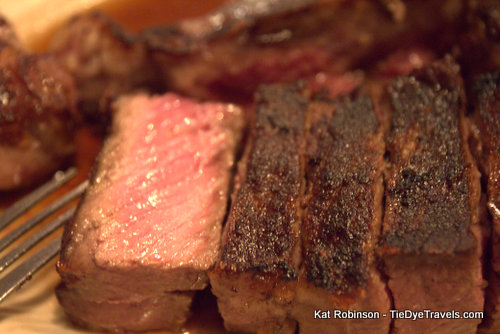 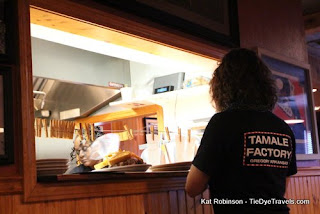 I'm not gonna lie here - leaving Tamale Factory in the dark heading out was not fun. The roads were ok but the few lights that came into focus on the trip out of the Arkansas Delta night, misty as it was, were distracting and shone and refracted all over the waterlogged roads. This isn't the sort of place you walk to. But the visit was extraordinary, and so was that steak. I mention all this, because somehow I managed to forget to tell you about this for a few years, and because I'm contemplating dragging Grav out to Gregory for a pre-New Year's dinner to celebrate the coming of 2018. Perhaps you'll start contemplating, too.

So, to get there... there's no address. The Tamale Factory's address is Arkansas Highway 33, Augusta - which isn't even where it's at. Go to Gregory. Find the post office and go north on 33 for six tenths of a mile - Tamale Factory will be on the left. Or come down from US 64 in Augusta - it's 8.35 miles due south, and it'll be on the right.

I kid. The official address is 19751 Highway 33. But now you know what to do when GPS steers you wrong. 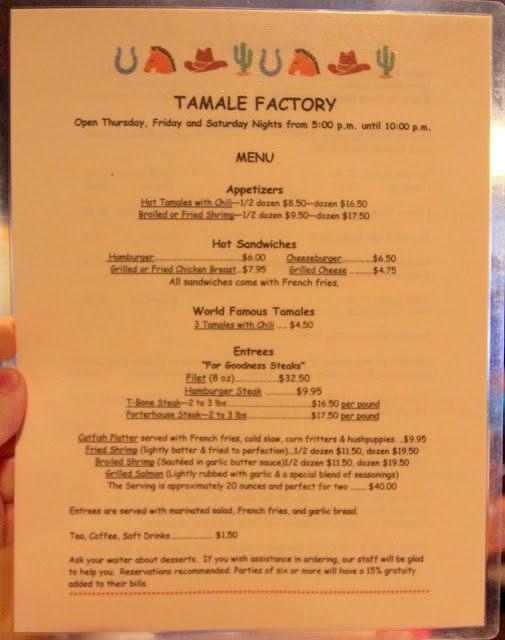 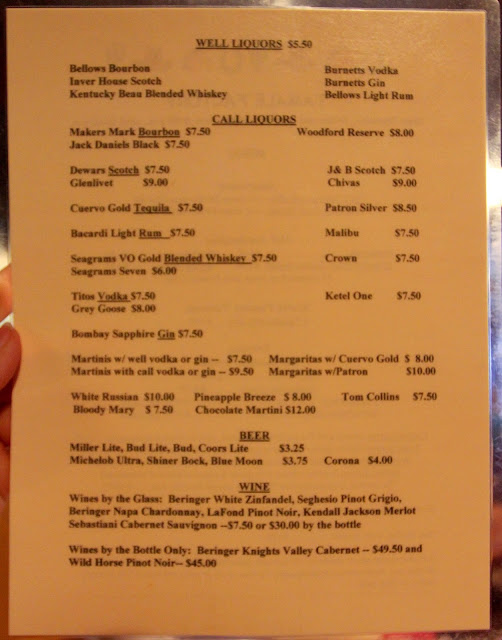