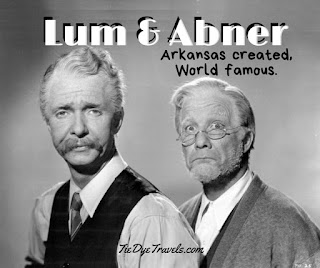 
A video version of this story is available here: 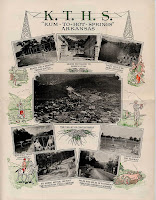 The characters of two old men at the Jot 'Em Down Store in the fictional town of Pine Ridge was first heard on the air on a statewide flood relief broadcast fromr KTHS radio in Hot Springs  on April 26, 1931. Right before their introduction, Lauck and Goff came up with the names -  Lauck would go on as Columbus "Lum" Edwards (pronounced “Eddards”) and Goff would take up the name Abner Peabody. 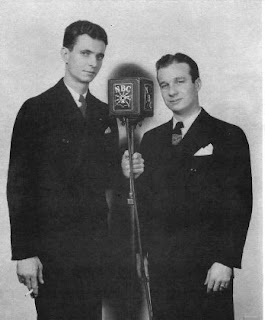 Though both men were in their twenties, they portrayed Lum and Abner as older gentlemen, who would parse conversation betwixt themselves and others who would pass through the store.  Lum was an eager bachelor whose quest for companionship often got between him and his own good senses, while Abner was a rather gullible, hen-pecked husband. Though they ran the store, there was rarely much of anything in the cash register, and their schemes almost ran them to ruin. 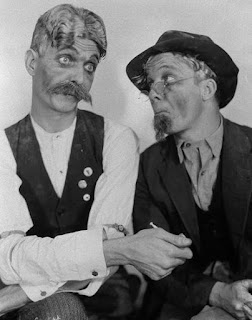 Those audio tales from Pine Ridge reflected life in rural America, and the humor was relatable, stories shared of the general foilability of human nature. Themes of family, friends and other universal ideals stand the test of time.

After the initial broadcast, KTHS had the duo come in and perform every Sunday. A few months later, Lauck and Goff traveled to Chicago to audition for a network radio program with NBC. 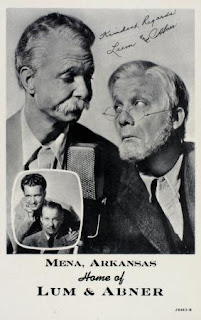 They were immediately hired, and over the course of the next 24 years, would perform 15 minute programs daily, for more than 5800 live broadcasts. Their program wuld run over time on NBC, ABC, CBS, the Mutual network and Armed Forces Radio around the world. They would also go on to make six movies and even a television pilot.

The show would become so famous that in 1936, the town of Waters, Arkansas - whose residents had been the basis for many characters -- petitioned to change its name to Pine Ridge, and business owners there opened their own Jot 'Em Down Store, barber shop and other storefronts. Listen to the show's announcement on the subject in this broadcast from April 26th, 1936.

Today, you can visit the Jot 'Em Down Store and its Lum and Abner Museum on Highway 88 in Pine Ridge, between Mount Ida and Mena. The attraction was opened in the 1970s and features photography and posters from Lum and Abners' years, early 20th century merchandise, and the original local post office. You can listen to recordings of the show as you explore the facility. 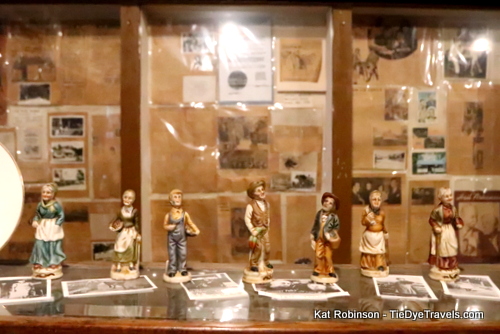 Additional items from the show can be found on display at the historic Kansas City Southern Depot, in nearby downtown Mena.

Each June, Mena celebrates the show with the annual Lum and Abner Festival, which has continued at the city's Janssen Park for more than 40 years. 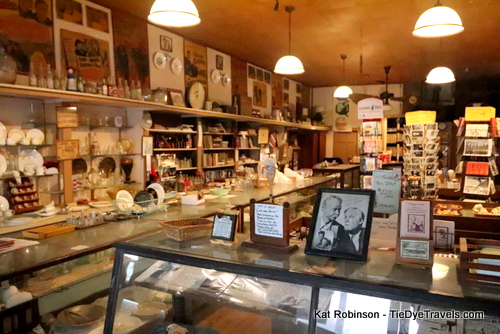 If you'd like to learn mor about the Lum and Abner Festival, call the Mena Advertising and Promotion Commission at  479-394-8355 or head over to VisitMena.com.

If youd like to visit the Lum and Abner Museum, contact Lon or Kathy Stucker, store managers at 870-326-4442 or visit lum-n-abner.com.

Want to experience some of Lum and Abner's shows on your own? The Internet Archive holds many of these public domain items online. Here are a few you can download and watch/hear for absolutely free. I utilized much of this in the creation of the linked video.