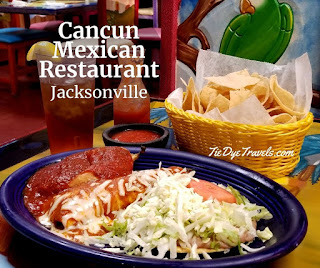 Good, relatively inexpensive Mexican food can be found in the former Mexico Chiquito location off Main Street in Jacksonville at Cancun Mexican Restaurant - especially during the all-you-can-eat lunch. Let's check it out.


I found myself in Jacksonville bereft of plans Tuesday night, and with a hunger in my belly and nothing to do, I coasted around town a bit. When I spotted the sign for Cancun, I decided that was as good a place as any to check out. 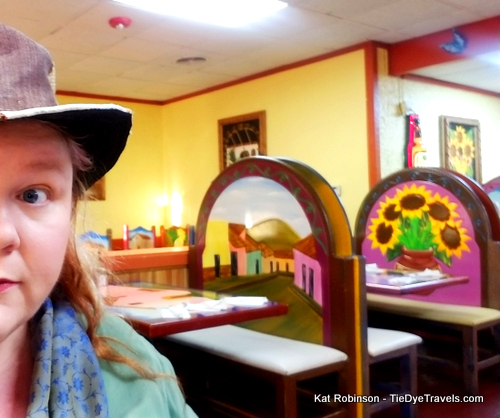 I haven't been to this restaurant building since the early oughts, when it was still one of the old Mexico Chiquito locations. The folks here have done more than just slapped on a coat of paint. The interior is brighter and packed with gorgeously painted booths and tables, and cloth shades hold out the harsh afternoon light from the west. 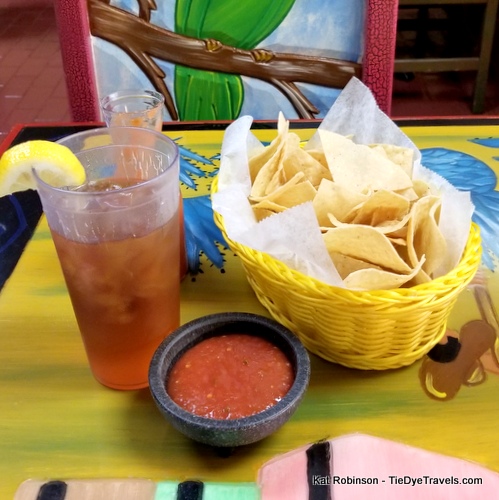 A lady brought chips and salsa to the table, and a marvelous fellow came and took my order. The salsa was a bit thicker than average but otherwise pretty standard - heavy on the tomato, light on the onion and cilantro, clean and fresh in flavor. The chips were... well, chips. But that's all right. They were fresh. 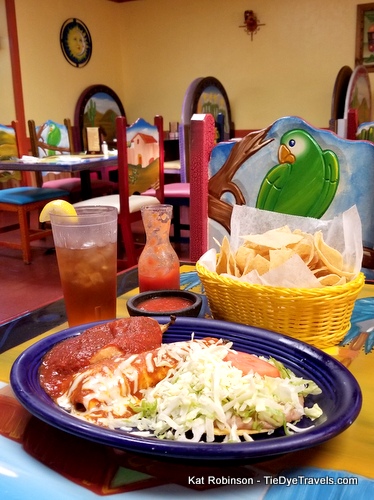 I ordered from the combination menu, hungry for a good chile relleno. I know you can order them a la carte here but I wanted a little variety, so I guessed at a number with chile relleno attached from the 25 selection COMBINACIONES menu and called it good. I guess I lucked out, because this pretty plate came to the table. The chalupa itself - a tostada with refried beans, lettuce, mozzarella cheese and a chunk of tomato - was similar in structure to a Mexican-style pizza from many of our local joints, and was just fine on its own, better with the salsa. 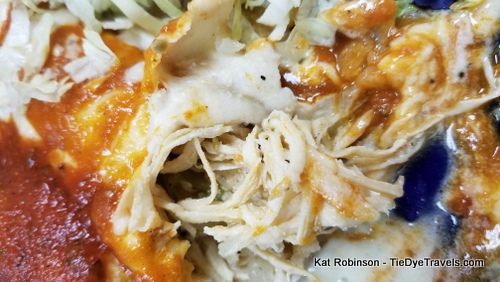 I was enamoured with the shredded chicken in my burrito. It had been stewed together with tomatoes, peppers, and spices and had a pretty good flavor.

And my chile relleno was tasty - though I was surprised that the cheese within had become a cheese sauce on frying. Cheese flowed everywhere (and went well with the chicken). The battered exterior of the tasty but mild pepper was a bit soft, owing to the red sauce over its top. But man, that red sauce - so many places have little flavor to the red sauce, but here it vibrantly melted together with the flavors of cheese and pepper. I'm a fan.

I did notice while I was dining the table menu for the 11am-4pm weekday lunch special, where for just $8.25 (30 cents less than my dinner) you can enjoy all the burritos, enchiladas, tostaguac, chili con queso, chile relleno, tacos and beans you can consume in a sitting. I'd suspect that the special brings more people through the doors; most of the time I was at Cancun, I was the only patron.

The prices are pretty reasonable, especially for lunch. Most dinners are in the $8-10 range, with a few seafood dishes hovering around $13. The portions were average and the music overhead was classic '60s Mexicana radio. I suspect I'll be making a return trip next time I'm in town.

You'll find Cancun Mexican Restaurant on the east side of US Highway 65 off the Main Street exit in Jacksonville. To access it from the highway, take the Main Street exit (either direction), and head north on the east access road to turn in. Otherwise, you'll have to make a Main Street looparound. It's open 11am-9pm every day, plus an extra hour on Friday. Call (501) 985-3300 for takeout - they do have a drive-up window. 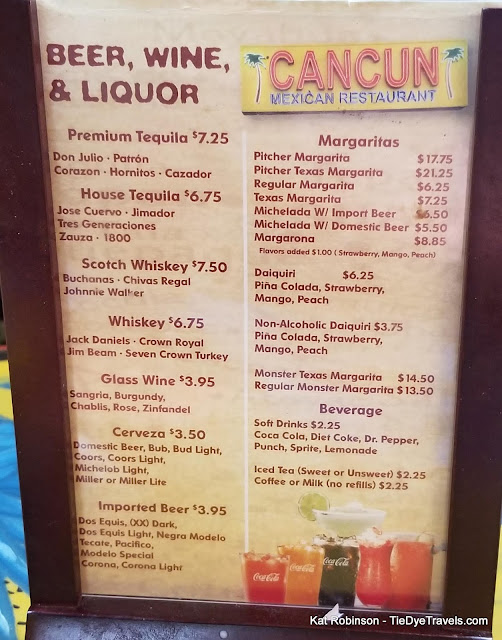 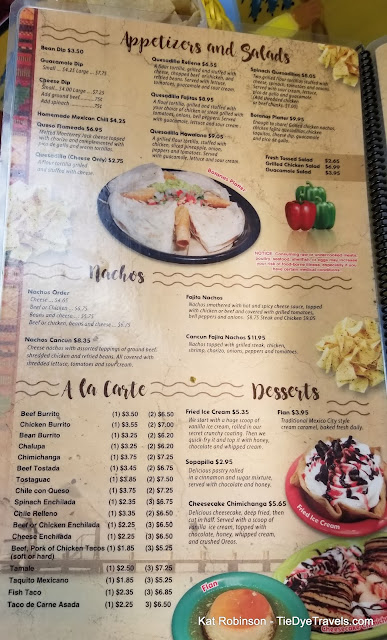 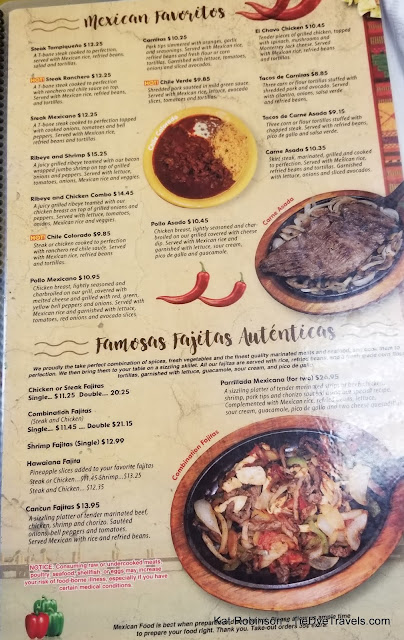 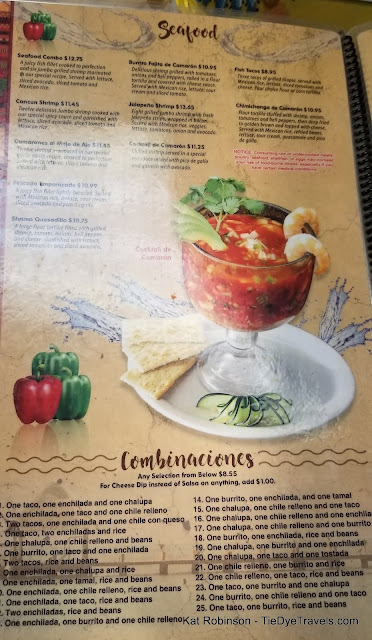 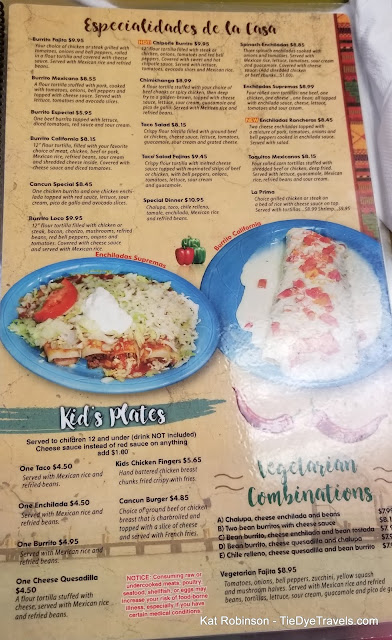 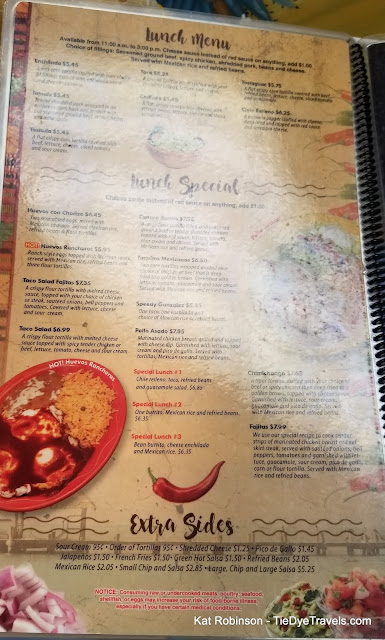