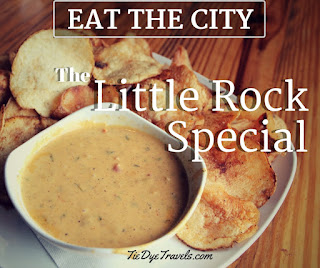 Arkansas and the Mid South in general could be considered my running ground. I’ve traveled our surrounding states, explored nooks and crannies all over Arkansas and expounded on the merits of different cities within and without. But Little Rock is my hometown.

This city at the touchpoint of Arkansas’ River Valley, Delta, Ouachita and Ozark region has a unique cuisine all its own – and it’s far more than cheese dip. While I’ve expounded greatly on its classics, I’ve fallen behind on talking about a lot of the new places in town, and on reminding you of the magnificent eateries we have to offer. Little Rock Restaurant Month is time for me to remedy that. It’s not just an opportunity to share the good food here. It’s a chance for you to explore great dishes and delights – with some really smart deals.

Little Rock - and indeed Arkansas - loves to dine out. In the 2006 County Business Patterns report provided by the U.S. Census, there were 1854 full service and 1793 limited service (think fast food, catering, lunch counters, stands etc.) restaurants in the state, for a total of  3647 restaurants within our borders. The National Restaurant Association says in 2015 there were 4954 restaurants in Arkansas. Almost 112,000 of the jobs offered in Arkansas are in restaurants, according to the Arkansas Hospitality Association. Chances are, if you're not eating out, you're working someplace where people do dine out.

Little Rock in particular is restaurant-driven. Trulia says 99 percent of workers amongst our 198, 541 residents (that's just within the city's borders) commute by car. The U.S. Census says Little Rock residents spent $626,512,000 in restaurants in 2012.  Locals have long known we have great, reasonably priced eateries throughout the city.. and in 2013, Forbes Travel Guide agreed, naming Little Rock one of five Secret Foodie Cities. 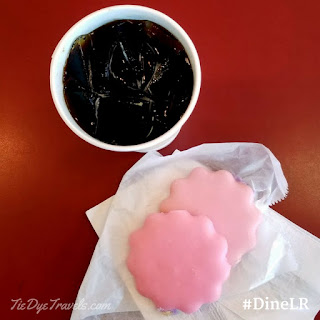 I don't really have to cite my sources on these things - they're all stated in fact by reputable sources. But I will tell you hey, I've known this most of my life. After all, I've been dining here since I was a kid, and spent my hard earned dollars here since I entered the workforce. Most of those funds end up on the tab at locally run and locally established eateries (probably a far larger amount of my monthly budget than I'd like to admit).

This is a good thing. I mean, without the benefit of being surrounded by great restaurants, cooks and food throughout my youth, I might have ended up in a far more respectable career. Yes, you may laugh.

I love our restaurants, and I love this city. I've had the opportunities over the years to stray far from home, but outside of college and my first TV job (in Russellville and Jonesboro, respectively), I've lived here. I have little fear in walking our streets, driving our neighborhoods or dining anywhere there's a menu written on the wall.

However, my work in the past few months has taken me away from town, and my assignments have centered more on our long-established diners and mainstays.  So I've missed out on dining out around here the way I used to in my Eat Arkansas days.

This month, the Little Rock Convention and Visitors Bureau has given me a mission - explore the menus of the eateries included in the 2017 Little Rock Restaurant Month. I'm taking it a step further. I'm utilizing this opportunity to get to know my hometown again, culinarily. Sure, I could share all sorts of great places to get the pride and joy of our edible creations, cheese dip - but what about a good kebab? Steak? Smoothie? Salad? Sandwich? Sno-cone? Now I'm just playing around with the letter "s," but you get where I'm going.

There's a lot to chew on here. Fortunately, this year's event is served in bites. Each week during the month of August, a different area of the city will be featured: 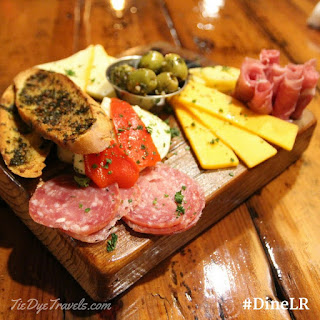 Each of the restaurants participating in Little Rock Restaurant Month will offer a special of some sort - a discount on purchase, something for free, a special dish - as additional enticement to come visit.

I'm hitting the streets to check out many of the restaurants featured each week. That means you'll see lots of photos of great food from these places on my Instagram, Twitter, Tumblr and Facebook channels. I also have a Pinterest board where I'll include all the places I talk about, so you can follow along. 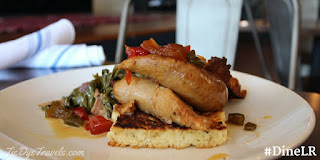 And while I'm at it, I'm going to share stories from participating restaurants that I've already written about - that you (and maybe me as well) haven't been by in a while.

Excited? Here's another reason to be excited. There will be a special Little Rock Restaurant Month contest offered on the Little Rock Convention and Visitors Bureau Instagram. Follow it, watch for details, follow the directions and be eligible to win some cool stuff. While you're at it, hashtag your own Little Rock restaurant photos with #DineLR.

So follow me. Join me. Hey, this is a fantastic opportunity for you, too, to rediscover our capital city and once again appreciate all the culinary wonders it has to offer.

For more information, check out DineLR.com.

***
UPDATE: I've found a LOT of cool places so far! Check out these eateries and attractions!

The bargains I've encountered so far have made covering all sorts of restaurants possible that I usually can't fit into my budget. I'll have material for some time, and that's marvelous. 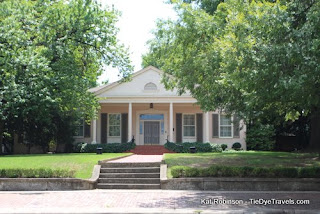 It's also offered me a chance to revisit some parts of downtown I've overlooked. For instance, I spent a good deal of time the other day walking the Historic MacArthur District, a residential and museum area between Sixth and Ninth, just west of I-30. I'd forgotten about the bones of the old city, and seeing how new construction (which is booming) is blending into the established landscape, I think it's important to preserve. 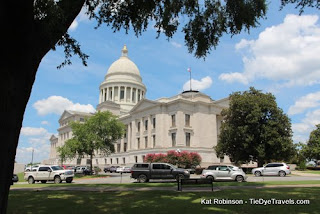 In addiition to my exploration of the H.U. Lee International Garden and Gate, I've been getting out of the car more and tackling familiar places on foot. I've been making a point to visit each of the different monuments around the State Capitol, including a few I never knew existed.