All Sorts Of Things at Alley Oops in Little Rock. 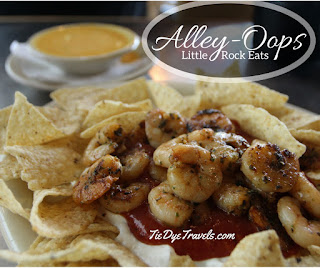 “Try the chess pie.” Almost every review you’ll find of this three-decade old Little Rock mainstay will call out the reader to sample what could be the alpha version of this prime and classic dish.  But Alley-Oops has far more to offer than the sweet finale so many crave.  I’ll get back to that in a moment.

Gary Duke is a fixture to hungry patrons, both to those who cross the threshold into his restaurant and to the thousands who watch him share recipes on television. Many of the recipes he shares come from his grandmother, recipes for such delicacies as meatloaf, pork tenderloin, fried catfish and such. 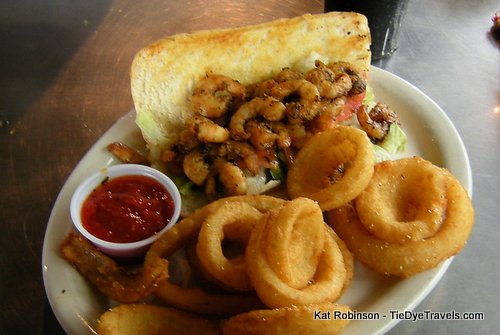 Many have rhapsodized over the fine selection of sandwiches offered within the airy atrium each weekday at lunch, which include catfish, fried shrimp and grilled shrimp po-boys.  There are also fried and grilled chicken sandwiches, ham and turkey sandwiches with cheese and the Alley-Oops Club, which are all pretty spiffy. Some call out the Oopetizers, a range of chip-heavy options meant for sharing.  The cheese dip is yellow with French fried onions in it, which is a departure from most other area cheese dips.  You can also get nachos with Monterrey Jack melted over your chips. 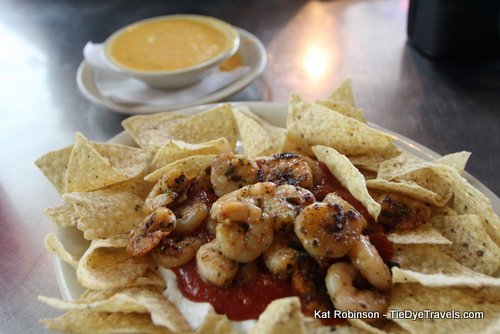 And then there is the Triple Layer Shrimp Dip, which is sour cream and cocktail sauce layered with grilled shrimp and tortilla chips on top.  There is no dish like this anywhere else in Arkansas.  It is a particularly singular taste. 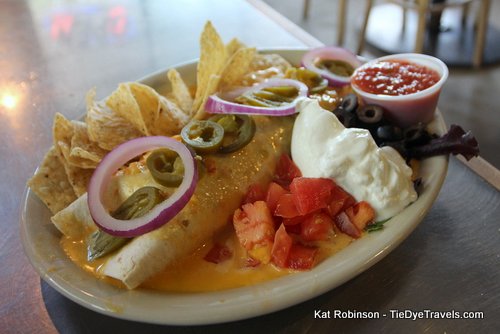 The popular cheese dip also goes on the house burritos, which are almost unrecognizable under jalapenos, red onions and more cheese dip.  They come packed with your choice of steak, chicken or shrimp, and any of them are excellent. 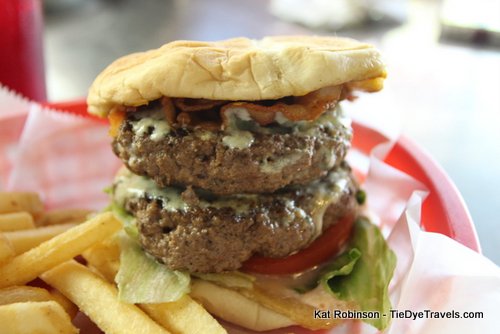 Alley-Oops does have its specialties, such as Grilled Chicken Oops Style (two chicken breast halves with bacon, topped with honey mustard, mushrooms and hot cheese) and Cajun Blackened Chicken.  But it’s the burgers where Alley-Oops really shines.  Its plain burger is just fine, but you’re going to want to get the Bacon Blue Burger, just to balance the piquant bite of blue cheese with salty bacon and savory seasoned beef. 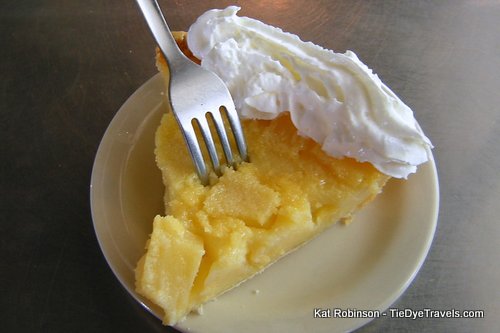 Still, you cannot leave Alley-Oops without a dessert, and there are always plenty.  And you may be tempted by the cakes, which are excellent. Or the rare ice cream dessert, which will be a winner.  You might even dig into some bread pudding when the colder months come around.  But you owe it to yourself to try the chess pie.  This simple, humble crust-borne concoction is pure and blissful and has memories of childhood in rural Arkansas written all over it. 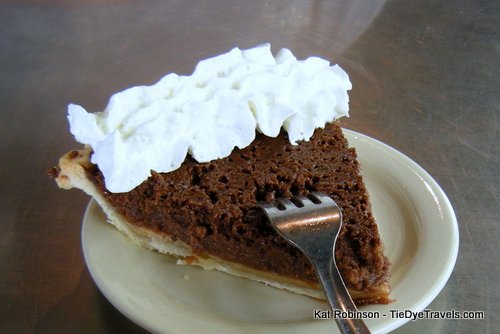