10 Arkansas Dishes You Have To Try (and 11 More to Satisfy Your Natural State Cravings). 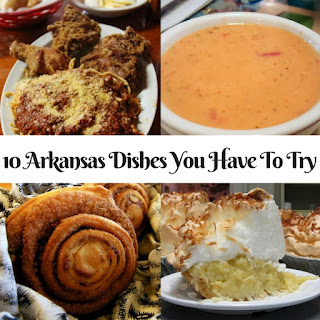 Arkansas food is starting to gain recognition outside of our state. But what dishes best showcase our unique cuisine? Here are ten dishes you absolutely have to try.

As Tie Dye Travels readers know, I've spent the past nine years on a quest to determine the answer to the question "What is Arkansas food?" My travels have taken me to every one of Arkansas's 75 counties, through every season and celebration.

There are just some foods that people identify with Arkansas, and some amazing places to get them. So I present to you these ten items.

And then eleven more, because there are just so many to celebrate. 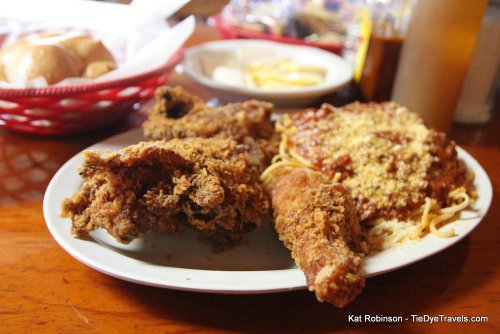 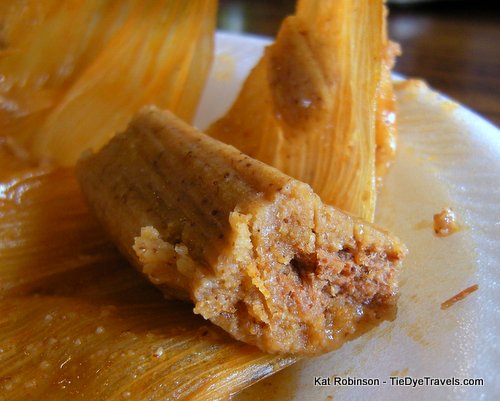 2. Arkansas Delta tamales. These moist, crumbly cornmeal-and-meat rolls packed into corn husks have their origin in Mexico and in Native American cuisine, but they were adopted into our culinary lexicon around the end of the 19th century and are sold by some of our most famous restaurants. Of those, Rhoda's Famous Hot Tamales and Pies in Lake Village has become a destination, where not only can you get a plateful for now but a coffee can packed with a couple dozen for later. This entry would not be complete without the mention of Pasquale's Tamales, the generational dish created by the St. Columbia family out of Helena-West Helena, so good you should suck the shuck. 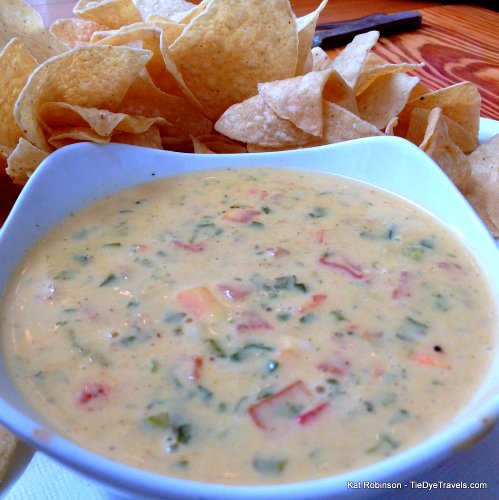 3. Cheese dip. The creation of Arkansas restaurateur Blackie Donnelly, this emulsion served with tortilla chips (or sometimes fries) is central Arkansas's baseline dish - with bowlfuls offered at most great Little Rock restaurants, whether they're Mexican restaurants, delis, pubs, family joints, pizza places or even Cajun joints. The original comes from Mexico Chiquito; ur examples are still created and served and sold at Stoby's and Pancho's. Now that Chip's Barbecue is gone, I have to say that Big Orange's Yellow Cheese Dip is my go-to, though I am also quite fond of the goat cheese dip at Cafe @ Heifer.

4. Eggplant casserole. Franke's has been serving up this side on its cafeteria line longer than anyone remember, and though it's unclear whether the dish goes back all the way to its 1919 founding, it is one of the defining dishes of the restaurant - and one of my most requested recipes. 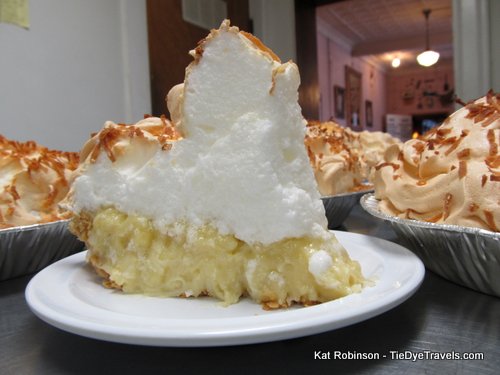 5. Pie. Yes, I wrote a whole book on it, and every day I find more examples of Arkansas's go-to dessert. But if I had to put a finger on (or in) the state's defining sweet, I'd have to go to Charlotte's Eats and Sweets in Keo. Every slice is claimed early at this famous but humble eatery, and Charlotte Bowls will never make more than what she offers now - she doesn't have the counter space in her kitchen! While Southern Living has named her coconut meringue pie its best, I still prefer the caramel. 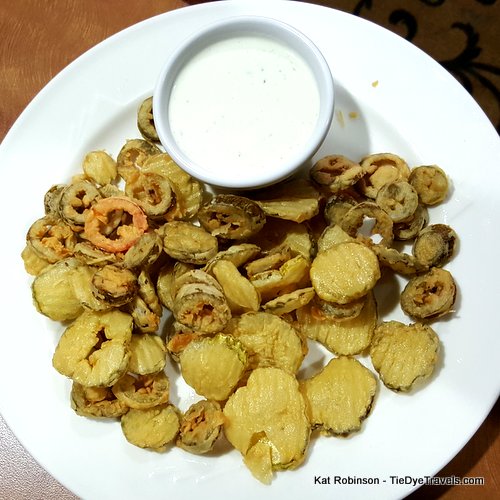 6. Fried pickles. Bernell Austin's Duchess Drive In creation has been claimed by Texas, but we know the truth - how Austin drew in more Atkins Pickle Plant customers by offering slices of dill pickled battered and fried. The original recipe is allegedly held by The Old South in Russellville, but this year I've encountered the best version of sliced fried pickles yet, at The Queen's Restaurant at Queen Wilhelmina State Park near Mena. 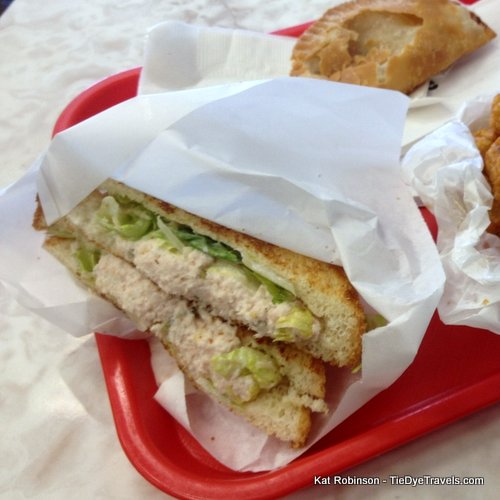 7. Smoked turkey salad. Those in the know call it turkey crack, and it's made by special recipe at Burge's in the Heights in Little Rock and Burge's in Lewisville. It wouldn't really matter if someone did get the recipe - the flavor is singular because of the long, sweet-smoked Burge's turkey that goes into it. 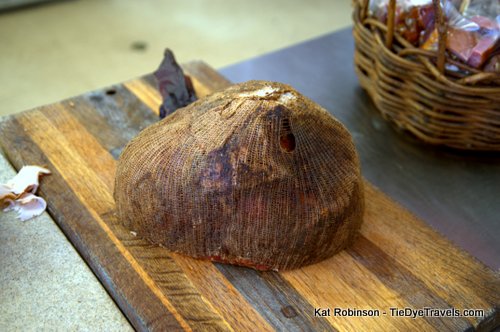 8.  Smoked meats. Burge's is also known for its smoked meats, as is Kopper Kettle Smokehouse in Alma and Big Springs Smokehouse in St. Joe. The most famous of these had been Ozark Mountain Smokehouse - the last vestige of each located today in Russellville. But the one place folks divert their trips to visit is Coursey's Smoked Meats in St. Joe - still producing some of the best smoked ham, turkey, sausage and cheeses you'll find in Arkansas. 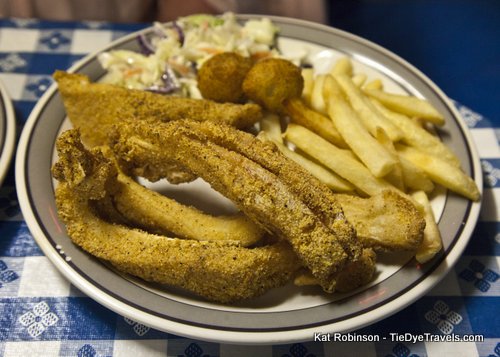 9. Buffalo ribs. Few places carry this soul food delicacy, but food lovers in the know head to Lassis Inn in Little Rock, where they come fried in cornmeal. These are from the buffalo fish, not the large land mammal of the Great Plains, and they bear a unique and strong flavor.

10. Peck Salad. The famed dish of leaf and romaine lettuces, chicken, bacon and toasted almonds with the original vinaigrette from the old Hotel Sam Peck is a culinary legacy still found today at Trio's Restaurant at Little Rock's Pavilion in the Park, served by Capi Peck - an accomplished chef whose family has served up some of Arkansas's most memorable fare over the course of generations.

Eleven more I couldn't leave out. 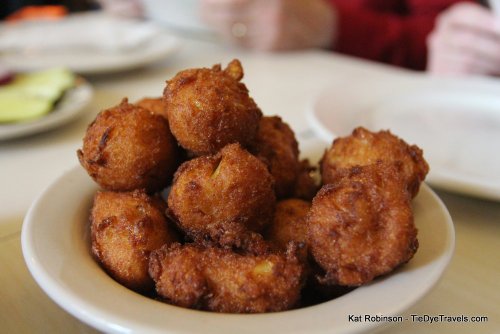 11. Hush puppies. Catfish can be found about everywhere in Arkansas - yet its these golden-to-dark-brown bready sides that are best recalled and paired with the dish. There are dozens of places you can find great hush puppies, but the most memorable have to be at the Catfish Hole in Alma, where they're brought to table alongside slices of onion, green tomato pickle and more before each and every meal. Soft, small and somewhat sweet, they're perfect hush puppies.

12. Cinnamon rolls. Burl's Country Smokehouse in Royal may have the largest on its counter, and Ferguson's Country Store and Restaurant at St. Joe may have the second largest (served hot with hot icing!), but Calico County in Fort Smith gets my vote, with approximately eight MILLION cinnamon rolls served. They come before every meal, and you can take home a box, too. 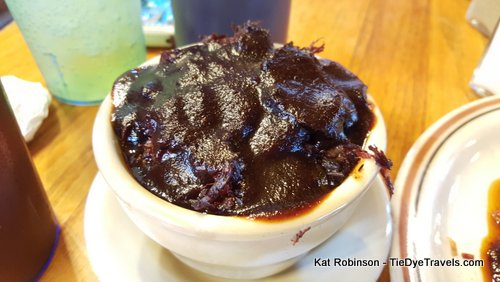 13. Bean pot. Stubby's Hik'ry Pit Bar-B-Que in Hot Springs puts their bean pots under the meats smoking in its cabinet outdoors to capture the drippings from ribs, butts and briskets hung within. Topped with the restaurant's thick and sweet sauce, it's a hearty meal of its own. 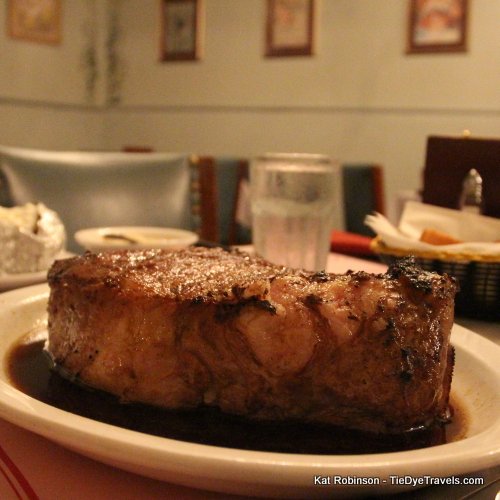 14. Prime rib of beef. While Arkansas has great purveyors of beef both old and new, this thick slab of hand cut prime rib is Pine Bluff's most incredible dish, and it's only served at Colonial Steakhouse in Pine Bluff. It's often the first meal newlyweds in the area experience! 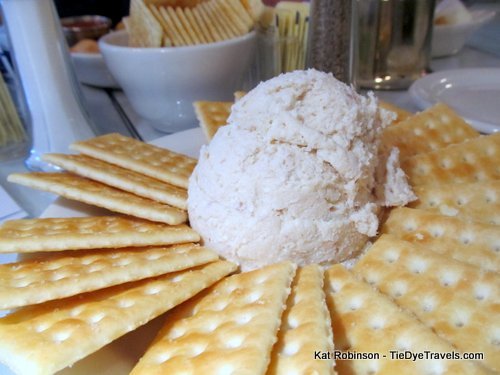 15. Trout pate. Arkansas's White River and Little Red River are well known for their trout, but it's this dish, created from trout caught at Bear Creek Spring north of Harrison, smoked and served only occasionally at DeVito's Restaurant, that can truly be called singular and addictive. Try it on club crackers. 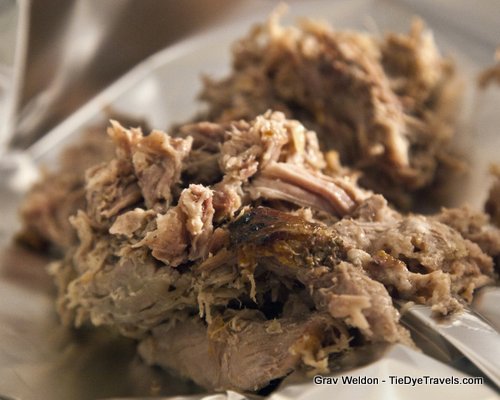 17. Barbecue. Other states claim barbecue as their own, but Arkansas is a true crossroads for smoked meats paired with sauce. I literally cannot single out one without causing a huge fight. Jones' Barbecue Diner in Marianna must be mentioned, as Mr. Harold Jones continues to serve up Arkansas's only James Beard recognized America's classic pulled pork sandwiches. A bevy of Blytheville barbecue joints, including the Dixie Pig, must be mentioned, alongside the famed Craig Brothers Cafe in DeVall's Bluff, McClard's Barbecue in Hot Springs and White Pig Inn in North Little Rock. The youngest restaurant included in this list is Hoot's BBQ in McGehee, which has really knocked it out of the park with arguably the state's best beef brisket. 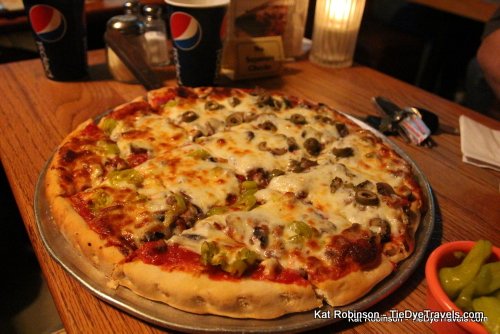 18. Pizza. While Deluca's in Hot Springs has caused waves, Rod's Pizza Cellar in Hot Springs has drawn fame for biscuit crusts, Steffey's in Lavaca has cornered the thick pies with its Uncle Roman and Nima's in Gassville has ranked in as second in the world, the singular Arkansas pizza has to go to Tommy's Famous A Pizzeria in Mountain View, with an unduplicated dough-sauce-cheese combination that draws in visitors from states around - which is saying something, thanks to the distance one must travel on single laned roads to get there.

19. Chocolate gravy. So many national magazines and websites have pinned this one on us, we might as well own it. Originally a breakfast dish for rural families, the concoction of cocoa, flour, sugar and butter has spread to restaurants. While Ozark Cafe has received a lot of accolades foe its version, I have to hand it to Gadwall's Grill in North Little Rock for the absolute best. 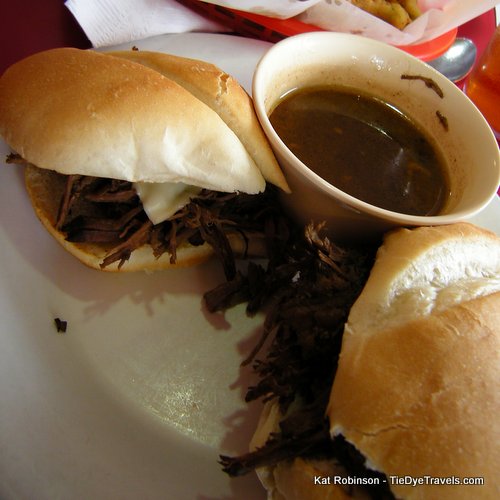 20 (tie). French dip sandwiches. Ed Walker's Drive In may have received a lot of attention for its five pound giant cheeseburger, but it's the homemade French dip sandwiches (and drive-up beer service, let's not kid ourselves) that have kept this Fort Smith Towson Avenue border classic on the map since the 1940s.

20 (tie). Hubcap burger and onion rings. Arkansas has so many good burgers, but Cotham's Mercantile in Scott has obtained the title as most well-known with our out of state visitors. It's the onion rings - huge, fresh and handmade - that push this classic over the top for me.
UPDATE: Cotham's Mercantile in Scott burned the morning of May 30, 2017. You can still get the hubcap at the eatery's sister restaurant, Cotham's in the City.