Grav and I were invited in for a sneak peek at the production of Toruk: First Flight, currently being presented at Verizon Arena in Little Rock. Check out the Viperwolves and how they're operated in this special short.

Joe shared some cool stuff about the Viperwolves we'll be seeing in the show with us.  These are puppets.  Yes, they have some electronic components, but the animation is all human. 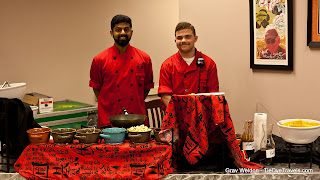 We learned a lot in just a little while during our tour on Thursday. For one, there are people in this Cirque du Soleil from 20 countries in this company (18 of which are represented here in North Little Rock this week).  They will spend time in 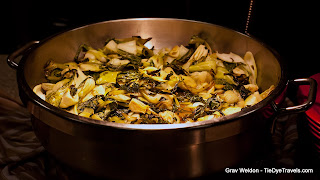 each city they visit on the tour, rehearsing and learning more about where they're performing, before the run of shows.  During those weeks, Chef Greg King and his crew prepare lunch and dinner for about 110 people (around 200 on the day 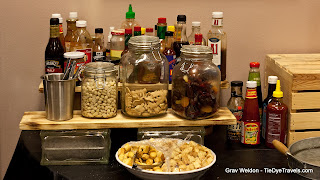 of load-in), and there's a sandwich bar, snack bar and drinks station available throughout the day for a quick bite or beverage. Rock City Eats did a lovely write-up on the culinary situation. 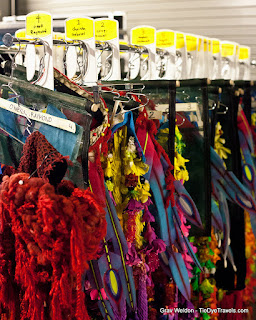 Each of the acrobat actors in the program wears a blue suit (after all, this is a salute to Avatar) throughout the production, while they'll change out other accessories such as headgear and fur parts. Each costume in the back is carefully labeled.
Check back here a bit later.  Grav Weldon will be covering the actual show tonight, and the photos should be spectacular.