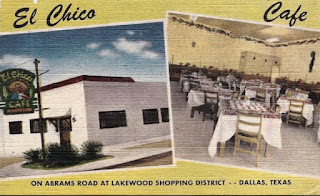 Did you know the popular Dallas-based El Chico Cafe restaurant chain has an Arkansas connection? Read more and see what we tried at this Tex-Mex place.


Hunter and I are starting out on our epic road trip, a research tour of US Highway 71 for an upcoming series of articles covering the route (follow us on Instagram with the hashtag #SpringBreakOn71). Because of our weird hours, we didn't get to dinner Sunday night in Texarkana until eight in the evening, at which point just about every locally created joint in the city had closed up and gone to bed. 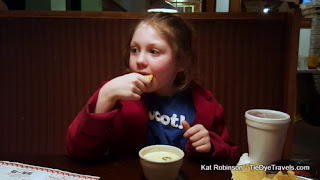 Didn't matter, Hunter wanted cheese dip - that marvelous concoction attributed as a bona fide Arkansas food. In fact, you can listen to me and Rex Nelson and others rattle on about it on the latest issue of the Gravy podcast.

But that's not the Arkansas connection of which I speak.

Hunter and I ordered our food and had to make the mandatory sidetrip to the restroom, as all little seven year old travelers are wont to do. And coming out, we noticed a series of black and white photographs on the wall that immediately made me stop. Yep, that jarred a memory, something I should share with you. 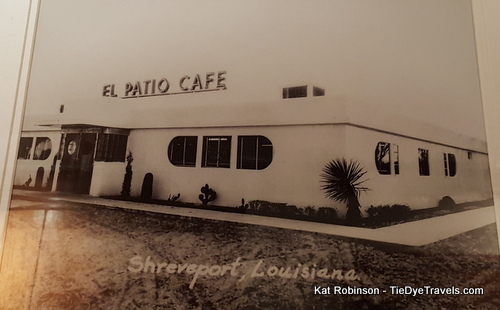 Should remind you of this photo here. 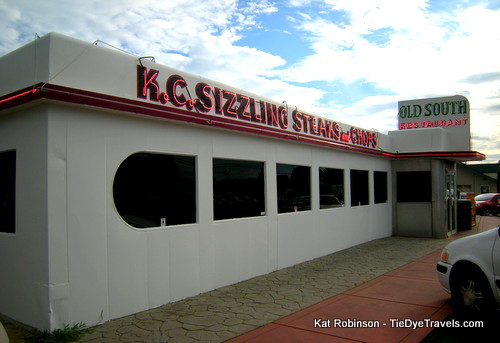 And for good reason. The former is the El Chico in Shreveport, Louisiana, along US Highway 80. I believed it was opened in the early 1950s, though I am having a hard time placing the opening date since the original restaurant building is no longer there (or at least, the restaurant isn't in it any more).

The latter is our very own Old South Restaurant, the last of a great chain, situated on US Highway 64 in Russellville, Arkansas. 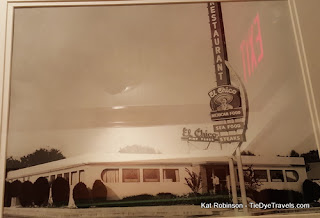 I've mentioned this story before, talking about the Old South. But the kicker is this. William E. Stell of the National Glass Manufacturing in Fort Smith came up with this idea for a chain of restaurants where the entire restaurant - from the menu and concept to the furniture and the 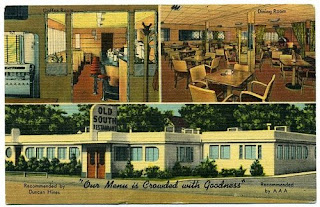 building itself! - was created in advance and shipped to the location to be assembled. He based his idea on the old Streamliner diners but wanted more room. Thus the Old South was born. The prototype was erected on Towson Avenue in Fort Smith (it's now gone, and the location is a parking lot for Sparks Medical Center) in 1947. Later that same year, a pre-fab unit was sent to Russellville, and not only was it erected and outfitted in four days, it served breakfast and lunch on the fifth and didn't close for some 50 plus years (it was a 24 hour restaurant until the late 1990s).

But how does El Chico figure into this? 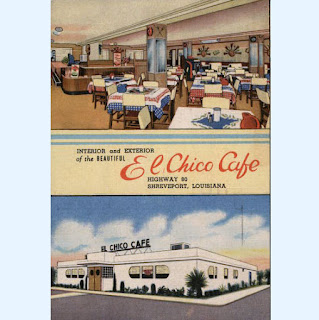 Stell had a great concept, but he needed a great designer, and he knew he had one when he did his research. He chose Glenn Pendergrass, the guy who designed the very first El Chico restaurants. El Chico first opened in 1940 in the Dallas area.

I suspect along the way, the two may have worked together to get both restaurants out the door and onto new locations. Both certainly seemed to spread quickly.

Which leads me to wonder something. See, I didn't take Hunter to El Chico just because we were hungry and no locally created joints were open. I took her there because when I was her age, my mom would take me to the El Chicot in southwest Little Rock. It was a treat, but a pretty regular one and I still have in my memory trunk an old El Chico margarita garter she gave me from way back in the day.

Now I'm wondering whether that El Chico was originally part of the design, and when I get back home I'm going to go take a closer look. Because unlike many of the other original El Chico restaurants, this one's been operating in the same place along Interstate 30 for at least the past 40 years. I know... I remember!

So there you go, a connection between Arkansas and El Chico. Oh, by the way, this dish was really good - the Old Fashioned Tacos, a pair of crisped flour-shell tacos stuffed with avocado, cheese, tomato, lettuce, sour cream and meat (one beef, one chicken) served with Ranchero beans and rice, hit the spot. Not a bad choice, especially if you're on the road.

You'll find the El Chico we visited on the south service road of I-30 about a quarter of a mile from the Texas border.