Requiem for a Dead Mall - 7 Years After University Fell.

Back in the fall of 2007, the fate of University Mall was sealed, though most folks didn't have the full concept of Park Avenue that was to come.  At that point in time, I was a relatively unknown new blogger still trying to figure out what stories I would tell.  This one seemed important to me.

And later, I realized I wouldn't be able to tell it for a few years.

With the destruction last week of the UA Cinema 150, a new interest in historical places around Little Rock has been kicked up.  The Remember in Little Rock Facebook group is buzzing (and if you're interested in sharing tales of the city, that's definitely the place to do it) and people are sharing their stories of different places they recall.

For me, University Mall is one of those places that sticks out in my memory.  When I was a young child, I rode the Christmas Train within its central section.  Restrooms were down a long ramp.  While Park Plaza on the north side of Markham was an all-outdoor multi-layered shopping center with a waterfall, University was a real mall, with
businesses that could only be accessed from its wide halls.  I ate at Franke's, got treats at The Nut Hut and cringed when Montgomery Ward renamed its stereo and TV section "Electric Avenue" after the equally embarassing 1980s song.  At that point, there was still a salon below the main level of Monkey
Wards where one could pick up catalog orders or get one's hair did.  The ladies' restroom had an exterior room with couches.  It was painted pink all over.

As I grew older, changes came.  Everything's A Dollar moved in, introducing the idea of the dollar store to my generation.  I bought my very first CD at Capital Records, where I'd been going for years for cassette tapes.  There was a pink zircon ring in the window at Zales that I coveted for a couple of years.

When I was in junior high school, Park Plaza went under its transfiguration and became the three level menagerie of shops and stalls.  My friend Jerry and I once clambered through its subterranean halls and chambers, long before a post-9/11 world closed such fun places for teenagers to explore. University Mall had to catch up and compete, and its developers did so
by adding a second level of stores between its anchors, creating an elevated food court and covering all with a "circus tent" that many of us referred to later as "old goat teats."  I mentioned we were teenagers, right?

I worked there two summers, right after I graduated high school and the one summer I came home, running the carousel in the food
court.  Back then I could get a parmesan garlic roll and a giant meatball from Sbarro for $1.05 for lunch.  My engagement ring was purchased at Montgomery Ward, and when I returned to Little Rock for good I went to its final sales before the doors closed.

I think after Wards died off, the mall never really recovered.  Osco Drug
went out, and Franke's moved out to the Market Street Shopping Center.  MM Cohn shrank down, abandoned its second story and eventually went out of business.

By the time it finally closed in October 2007, there were hardly any tenants left to evict.  But I wanted one more visit.  So one December day, I went over to the site to see if I could shoot some photos.  I sought a security guard to let me in, but didn't find one right away. 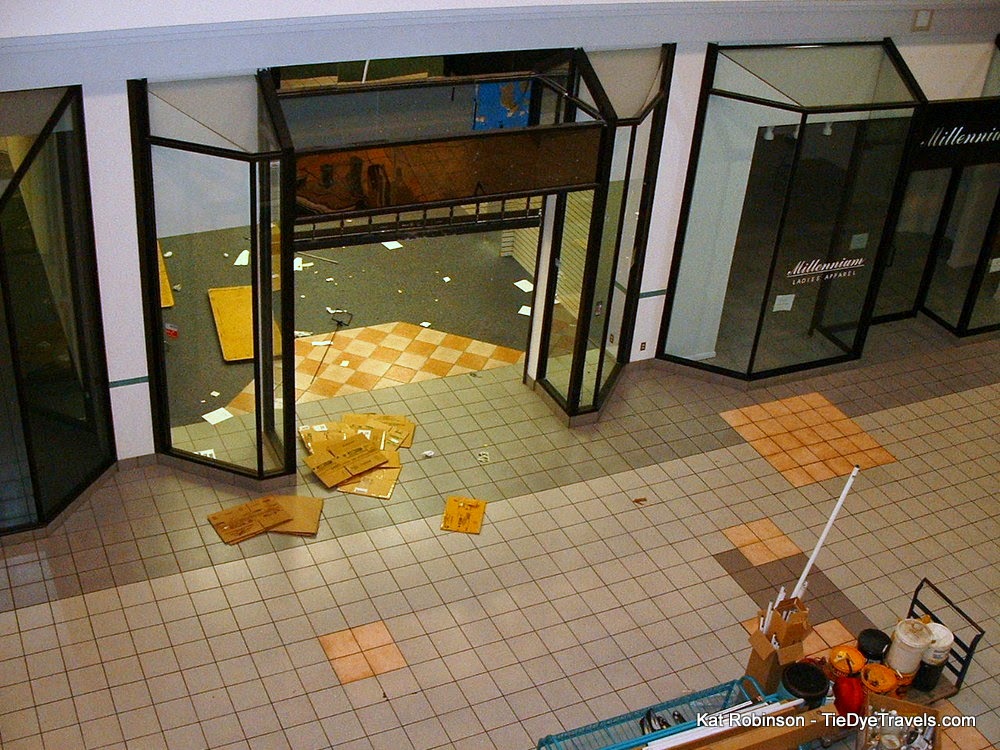 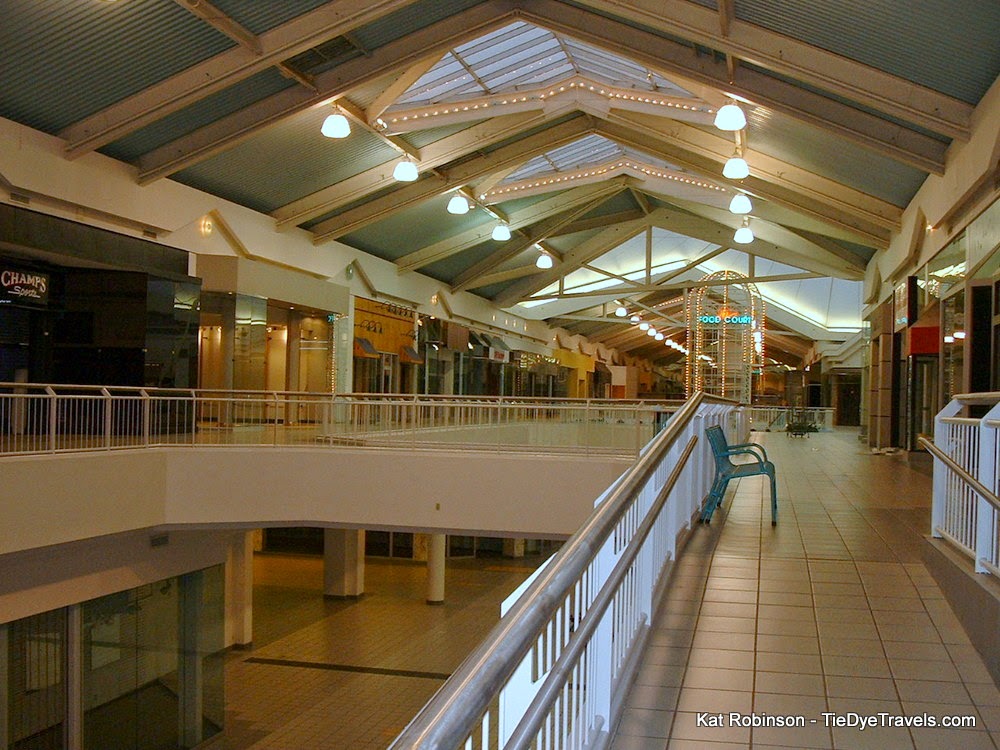