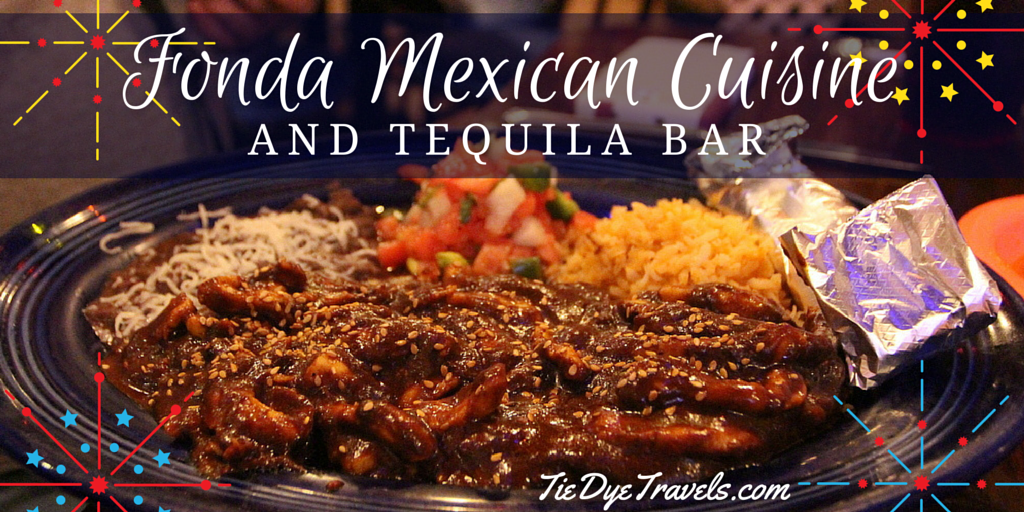 I was under the misconception that Fonda Mexican Cuisine and Tequila Bar was a new restaurant.  I was mistaken.

When the big letters went up on the marquee a year or so ago at the old Faded Rose location (yes, it also once briefly housed Bumpy's) on Bowman Curve, I assumed it was for another bright new Mexicanesque restaurant.  After all, this area of town is well known for heavy latin-like saturation, from Senor Tequila to Mexico Chiquito and all points in-between.

But as it turns out, I've been eating Fonda cooking for decades.  Sorta.

See, I've grown up within this sphere of influence.  My childhood home was half a mile from where Taqueria Karina sprouted up quite a while back along 65th Street.  My high school years, I drove from my southwest Little Rock home to school at Parkview High, often stopping in at a little Chinese joint that had moved into an old Taco Bell location along Asher Avenue that had been painted a deep green.  I often ate at Hunan on University back in the 1990s.

It turns out, the same restaurateur family has been involved in all of those.

Fonda's folks started out with the challenge of creating a Mexican restaurant in an area where Tex-Mex and Ark-Mex foods were the norm.  That's how Taqueria Karina was born -- with the idea of hey, let's do a restaurant that really has Mexican food and not all those things that are on the menu at Casa Viva or El Chico.

And it worked -- though, if you didn't grow up or live in southwest Little Rock, Karina didn't really make any sort of splash at all. 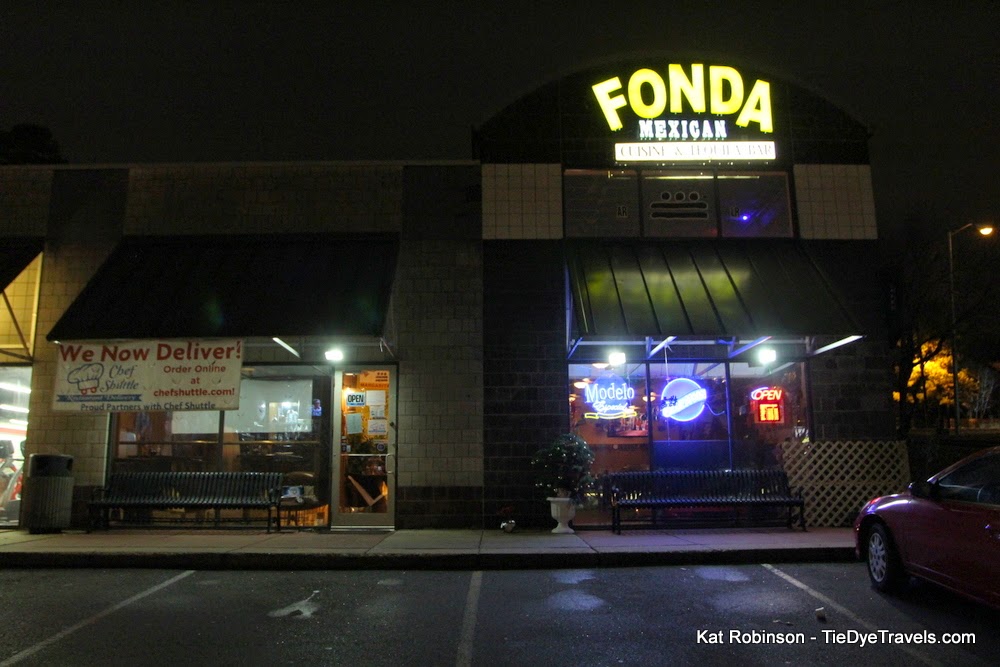 So, Fonda.  Last night Grav and I decided to go find a bite.  We went out to the Promenade, where nary a parking spot could be found, and decided it wasn't worth the wait at any of the restaurants there (Grav is notorious for not being able to wait more than five minutes for a table).  We drove back in towards the heart of the city and decided something in Bowman Curve might work.

We were shocked to find no cars in front of Fonda.  It was 7:45 on a Saturday night.  Turns out, it was a very, very strange occurrence.  We just happened to hit a lull. 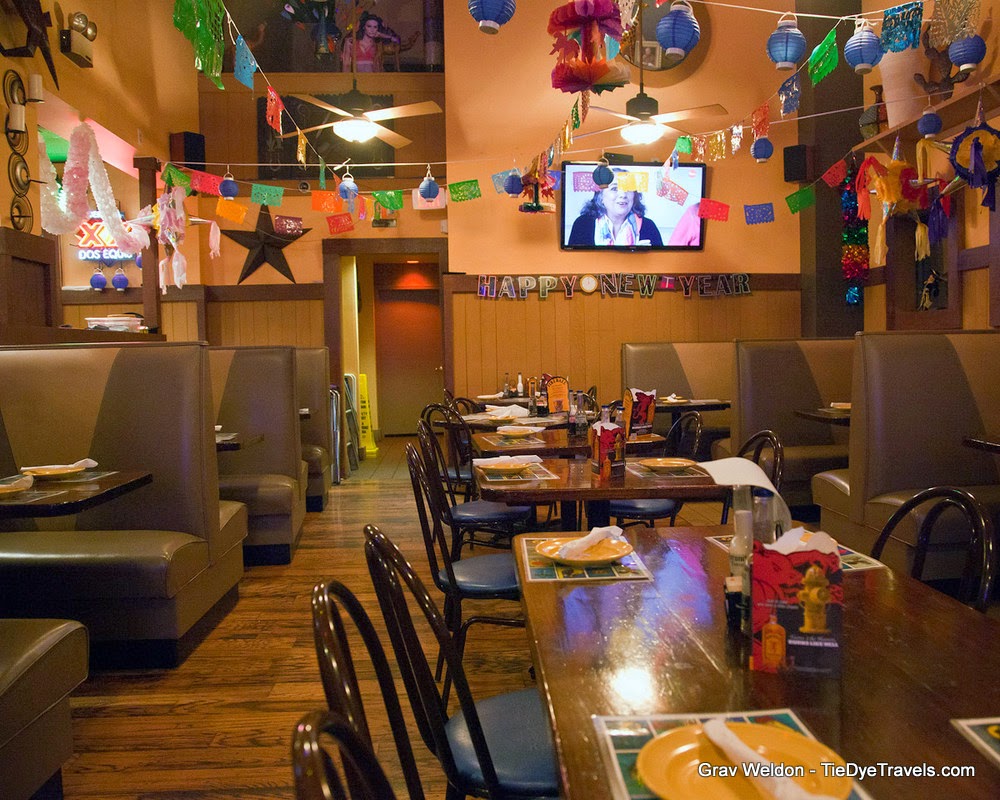 Now, at this point I hadn't made the connection.  I just know when we walked in the place smelled fantastic, and not the "super chain restaurant where everything tastes the same" sort of spicy.  It smelled like someone's kitchen.  Well, this boded well.

We had a seat, ordered beverages and the queso fundido and relaxed.  Other than the waitress and a gentleman wearing a hat behind the bar, we saw no one for the first 15 minutes we were there.  Hey, a place to ourselves on a Saturday night?  That's marvelous. 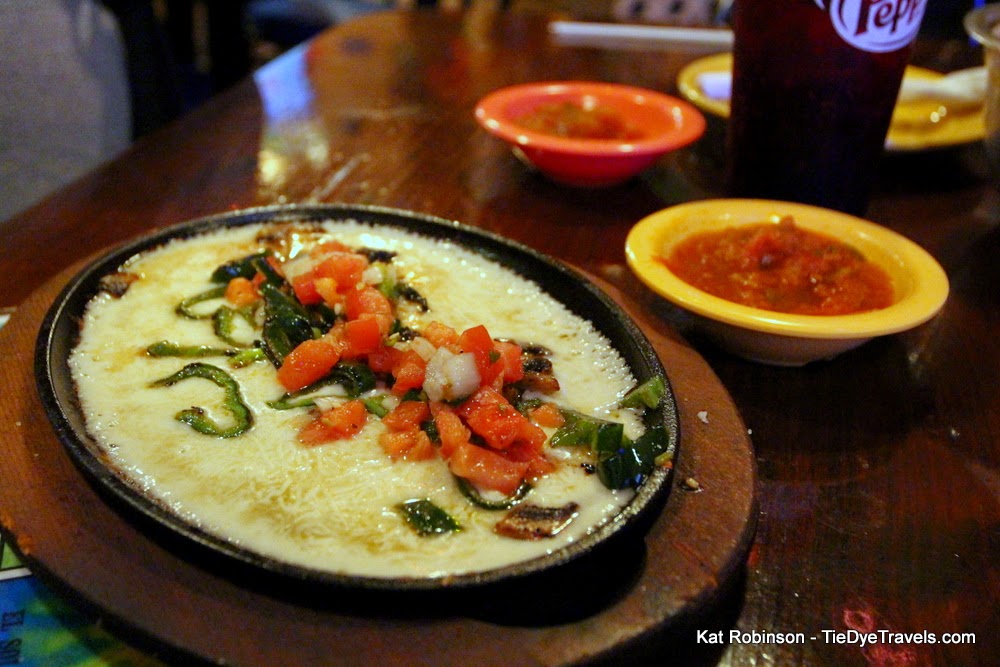 And then we got the queso fundido -- we had chosen poblano rather than chorizo -- and man, my night was made.  Served hot on the skillet on which it was melted/fried, the queso cheese had melded together those expected poblano flavors with fresh tomatoes, cilantro and 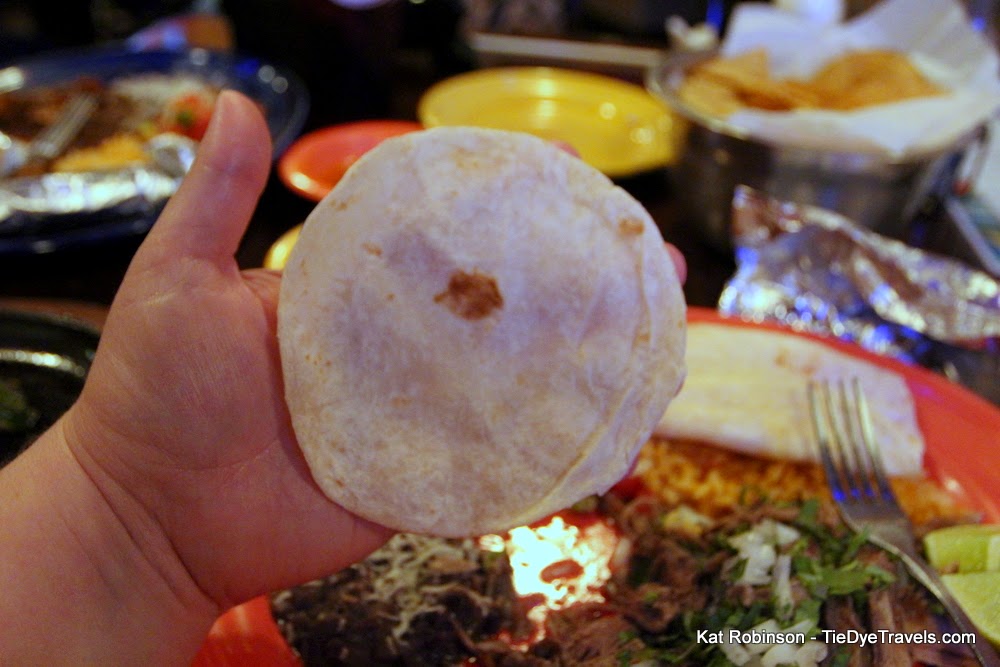 Of course, Grav was eating his on the crispy, slightly charred curled tortilla chips that had come to the table with the stewed salsa.  Yes, stewed.  You know, everywhere 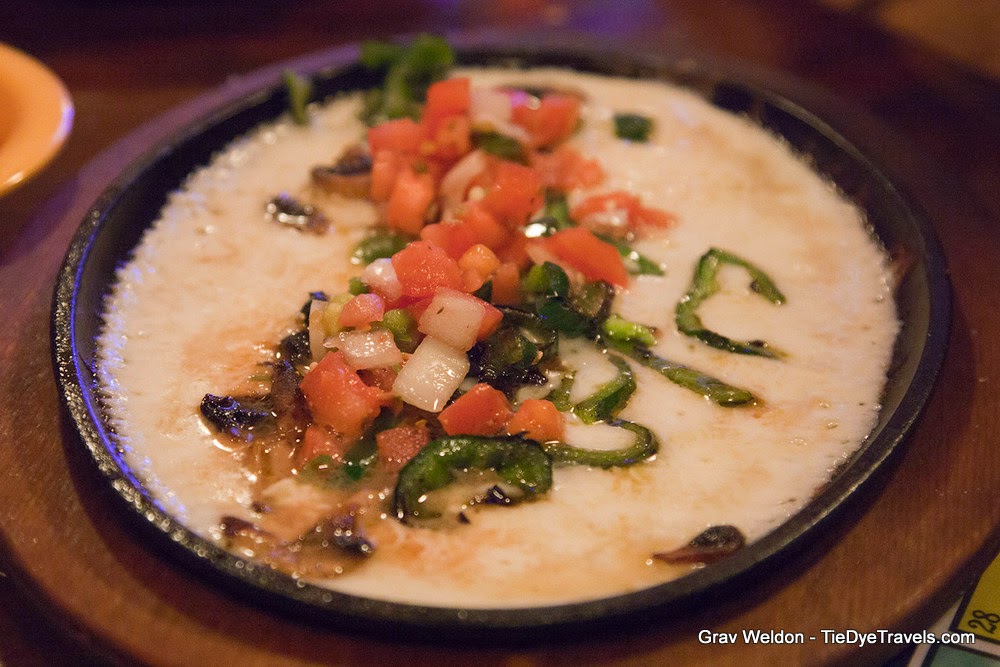 you go these days salsa is a fresh concoction of chopped, sometimes pureed vegetation, but here it has been stewed together and it was mild and lovely and boy, didn't that flavor remind me of someone else's salsa?


The menu at Fonda was surprisingly short (compared to the books you get at Casa Manana, Riviera Maya or any of a dozen other Mexican restaurants in the area), just the front and back of a single sheet.  A larger single sheet covered the alcoholic beverages offered.  About that time a couple of guys came in to sit at the bar, and I'm sure that menu was of help to them, but we were able to quickly absorb what was on the little menu -- a lot of pork-tastic dishes, a couple of soups and salads, tacos, quesadillas, fajitas... and things that sounded really good, such as a 19 ingredient mole, enmoladas, red snapper...

And barbacoa, though not the barbacoa I've encountered elsewhere.  This was lamb barbacoa.  Oh, yeah, the moment I laid eyes on that, it was going to be mine.

We savored the queso fundido and talked about the nice browning on the bottom and chatted back and forth while we waited, and soon received our plates.  The scent of what was delivered to our tables was really hard to argue with while we took our usual photos.  And then we couldn't keep our hands off each other... s... plates.... 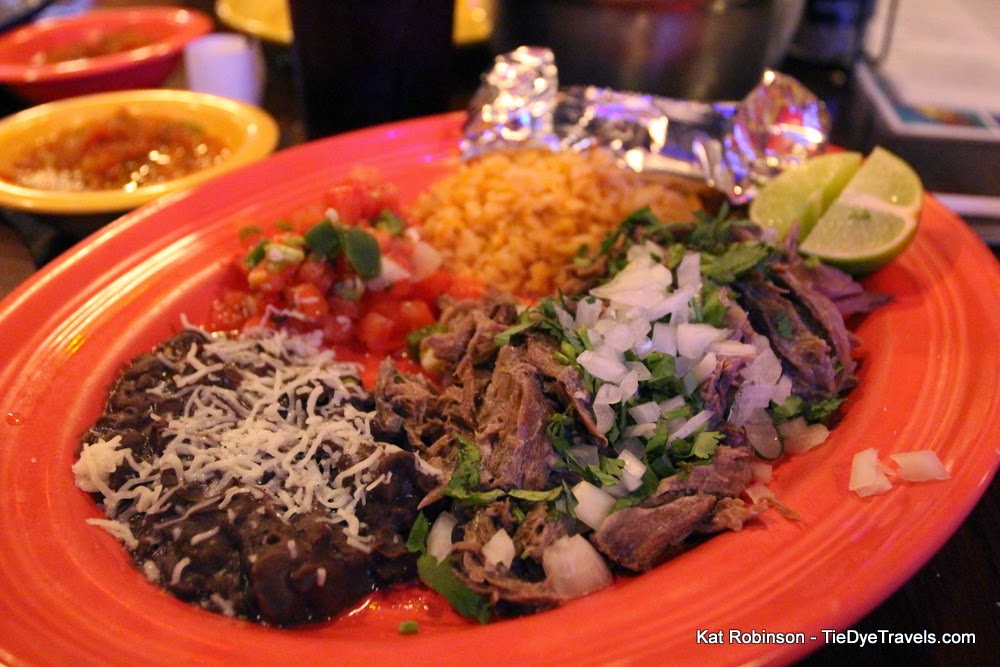 So, yeah, my lamb barbacoa?  Man, I've had good barbacoa and I've had greasy barbacoa, and this was juicy without being greasy and it was delicately flavored with lime and I could have just died.  It was perfect, served with a smattering of lightly heated onions and cilantro, some 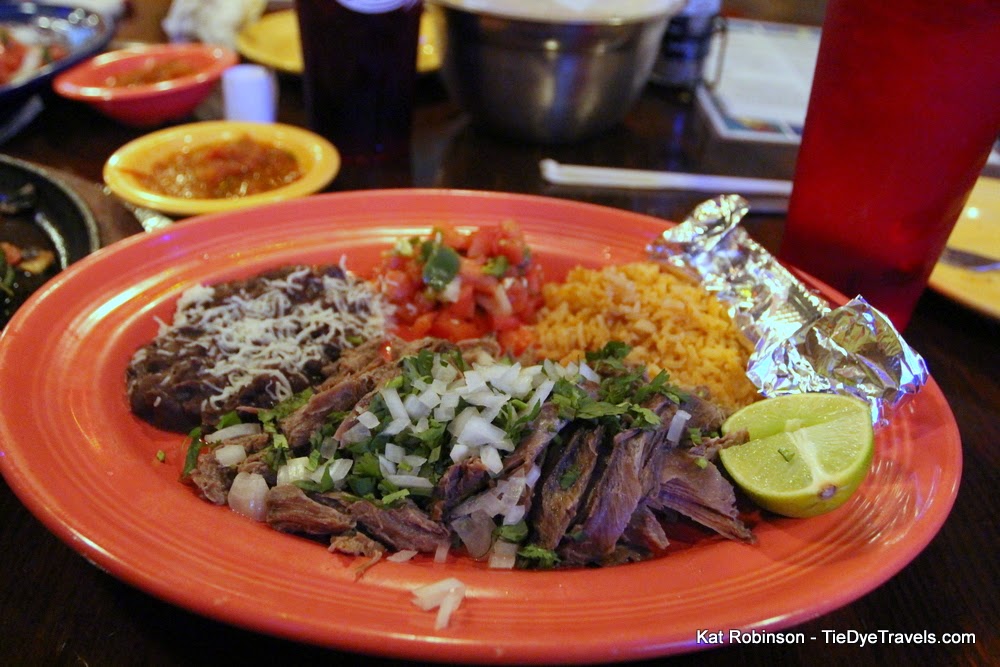 dangerously dark yet tactile black beans, rice and a pico that for once wasn't swimming in water (that's a pet peeve of mine).  It was fresh and succulent and perfect with the pico in more of those flour tortillas and I found myself immensely happy with it. 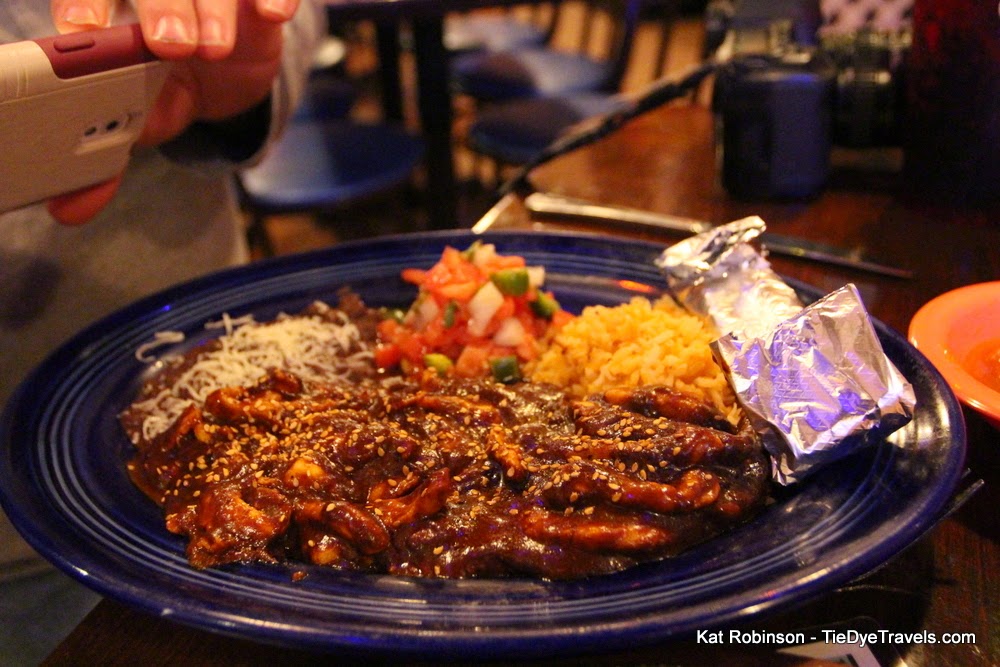 That is, until I tried some of Grav's mole.  Which he offered me, the first time, before I started sneaking my fork onto his plate for more bits.  Heat and spice without overwhelming hotness.  Creamy and slightly chocolatey without being overwhelming.  The chicken had flavor and 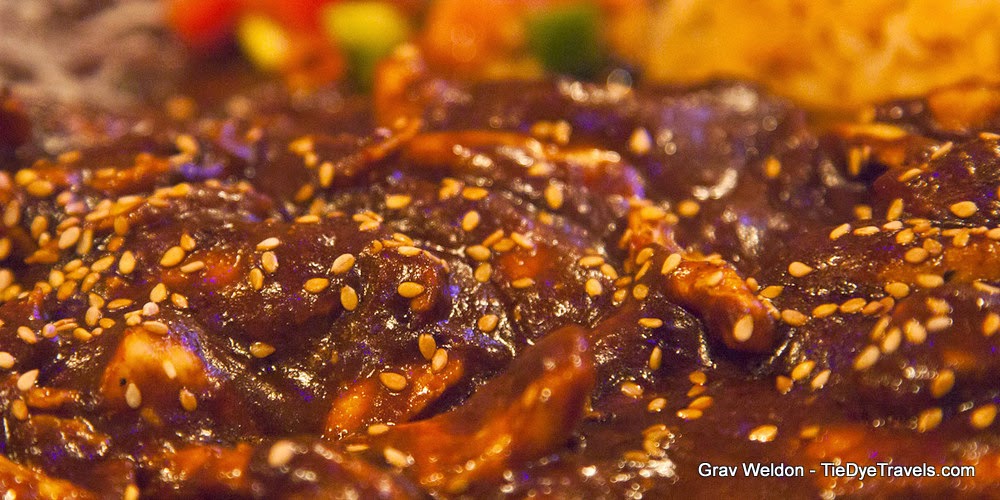 the sauce had flavor and everything complemented.  It's by far the best mole I've had in Central Arkansas. 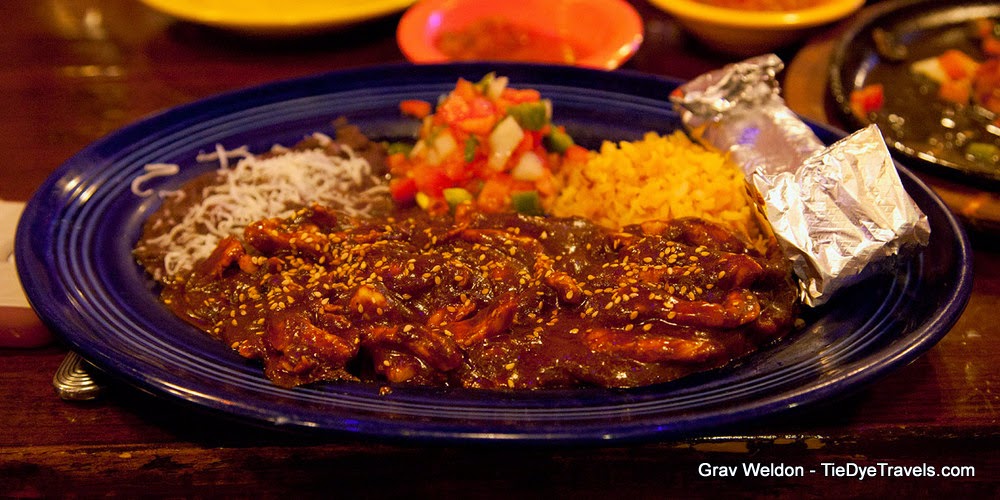 from behind the bar and talked with us.  We quickly compared notes and yes, this is the same gentleman who started up Taqueria Karina, and who used to have the Chinese restaurant on Asher, and who used to work at Hunan.  And just like I'd moved out to West Little Rock, so had his restaurants.

We've gotta go back... there's a Sunday brunch for $10.99 that I've been told is just incredible.  Honestly, though, I won't overlook Fonda again, and neither should you. 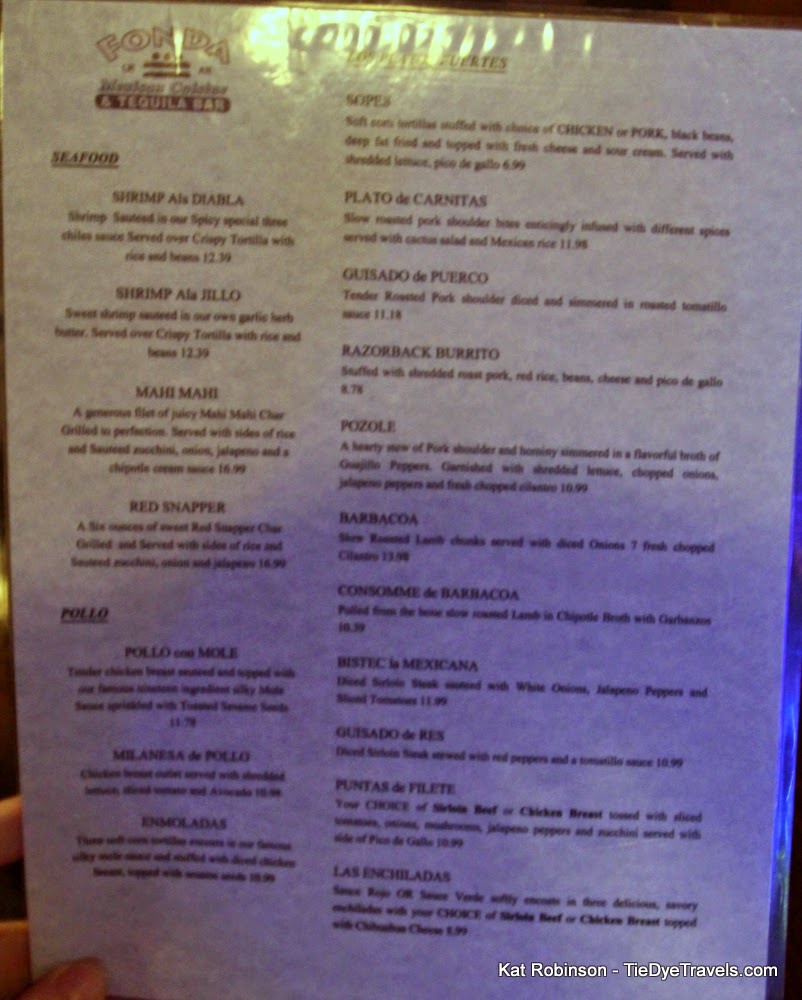 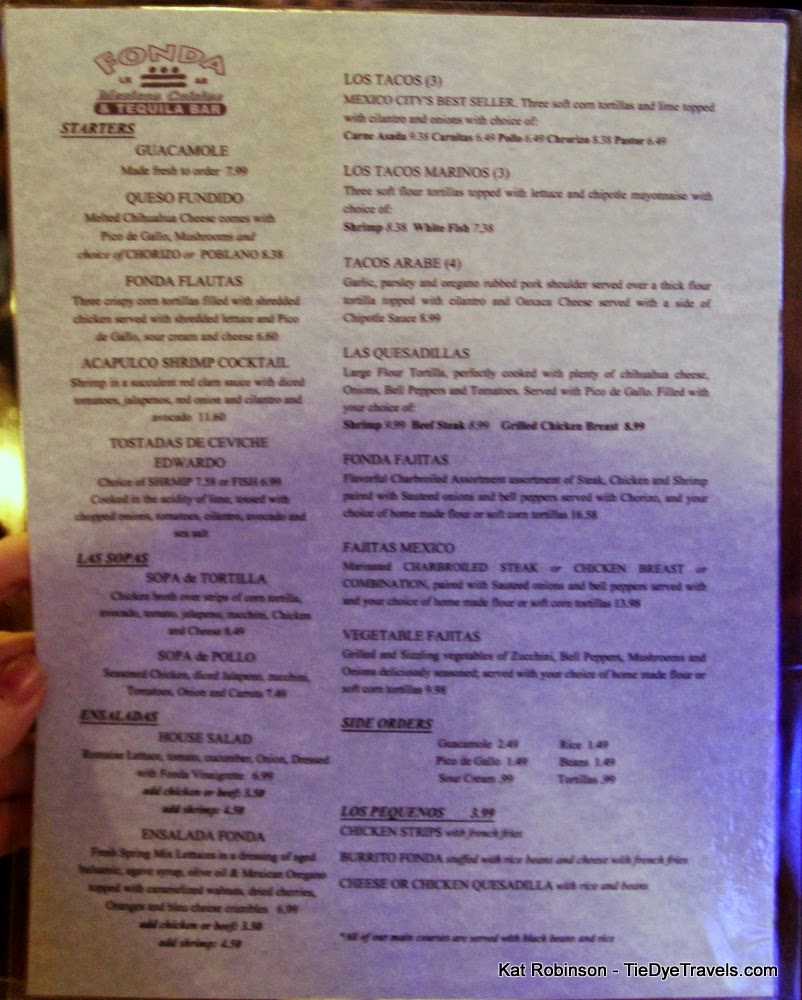