The Demolicious Burger at Gail's Diner is Off The Hook. There have been a whole host of restaurant ventures that have popped up at the corner of Military and MacArthur in North Little Rock, but none that have bothered to stick around these past few years.  The old Starlite Diner has been Starlite 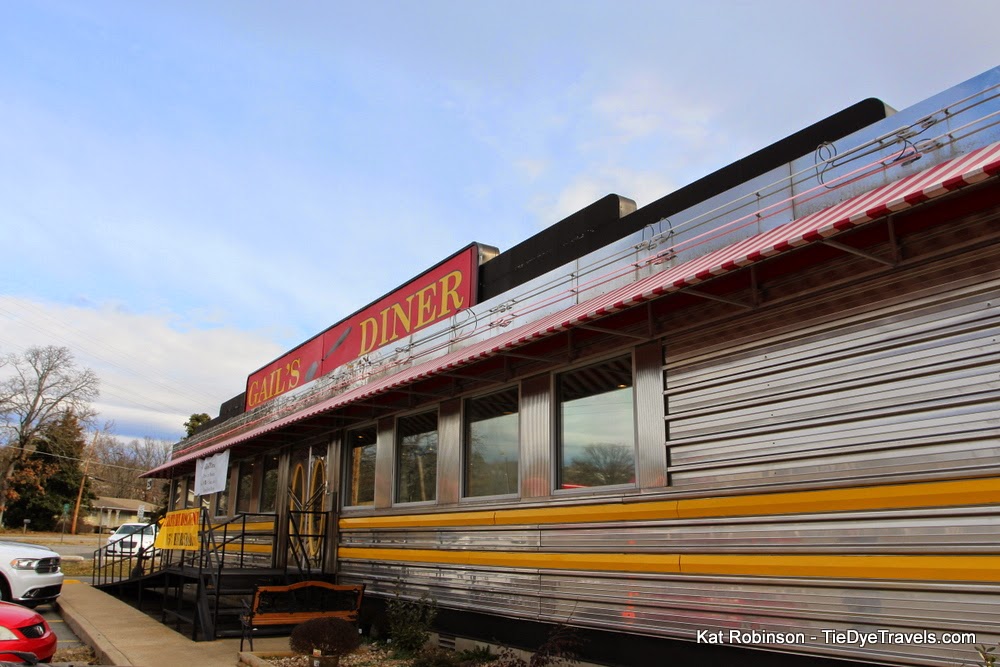 The latest tenant to the space is Gail's Diner,

which, though open since October, celebrated its official grand opening on January 21st with a big ceremony by the city of North Little Rock and free food.  Which is all well and good, but don't you want to check it out before then? 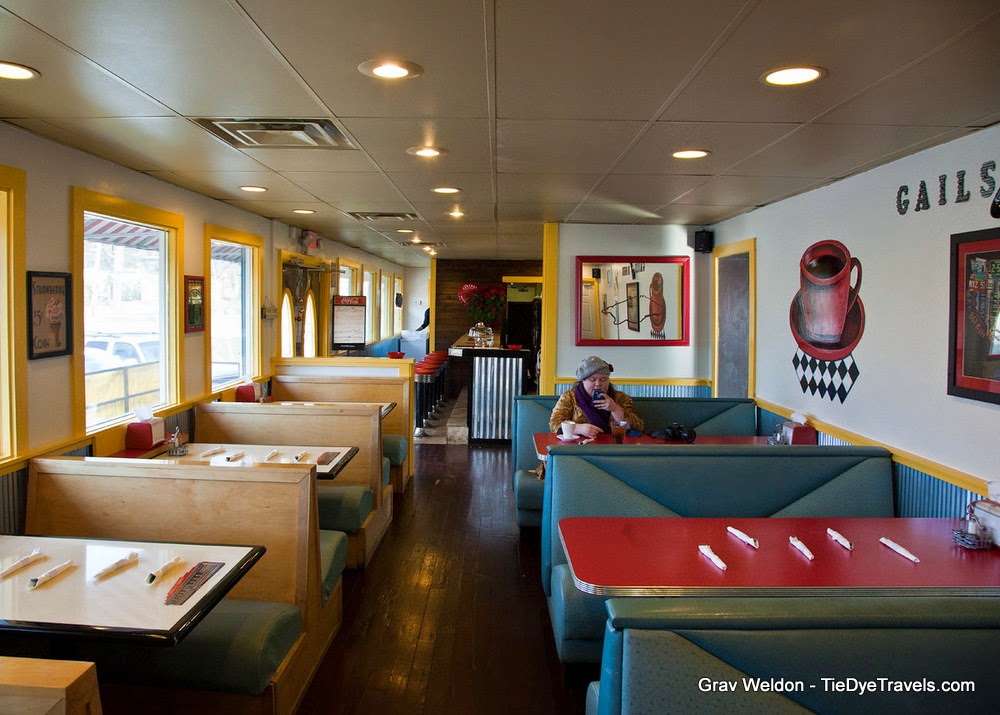 That's exactly what Grav and I did one frigid Wednesday morning, braving icy winds to head over and see what Gail's had to offer.  We were quickly seated in the now-bright yellow interior dining room and given the very brief menu.  I debated between an omelet and pancakes, but 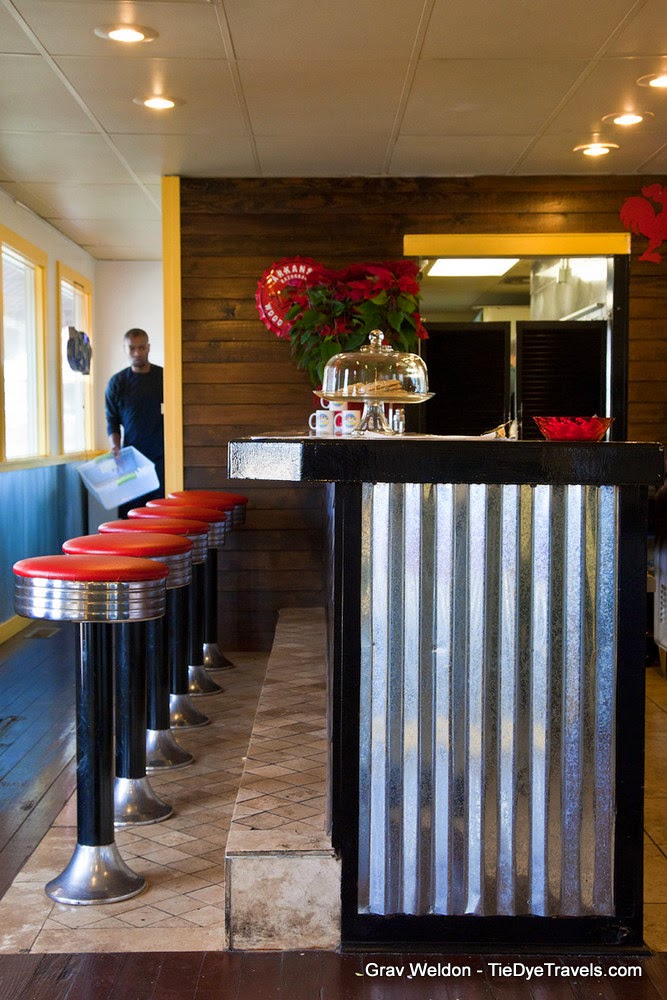 Grav saw what he wanted immediately.  He wanted a burger.

It took a little while for our cooked-to-order menu items, which was fine with us.  It gave us time to chat, sip hot coffee and note the changes on different platforms here and there, and to check email.  And when we did get our orders, we weren't disappointed.

I've been updating my breakfast spot roster, so I was very interested in what Gail's had to offer.  I could have chosen Jaylin's Country Breakfast, with two eggs, choice of breakfast meat (sausage, bacon or turkey sausage) and country potatoes, or I coulda gone for pancakes. 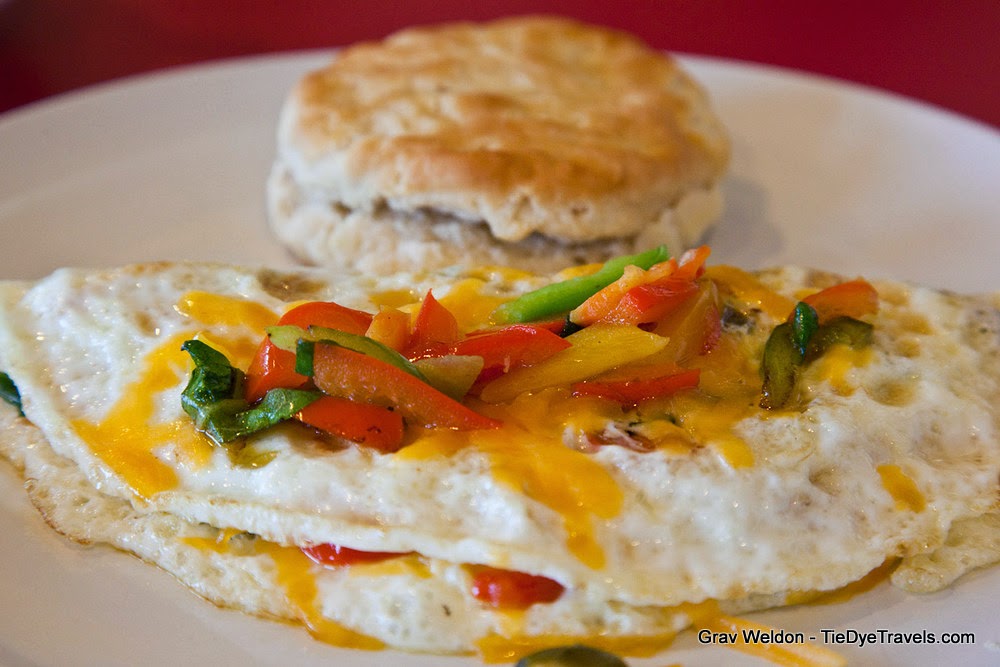 But instead I decided on the Jimmy Veggie Omelet -- a lightweight three egg white omelet packed with spinach, cheese, onions, jalapenos and 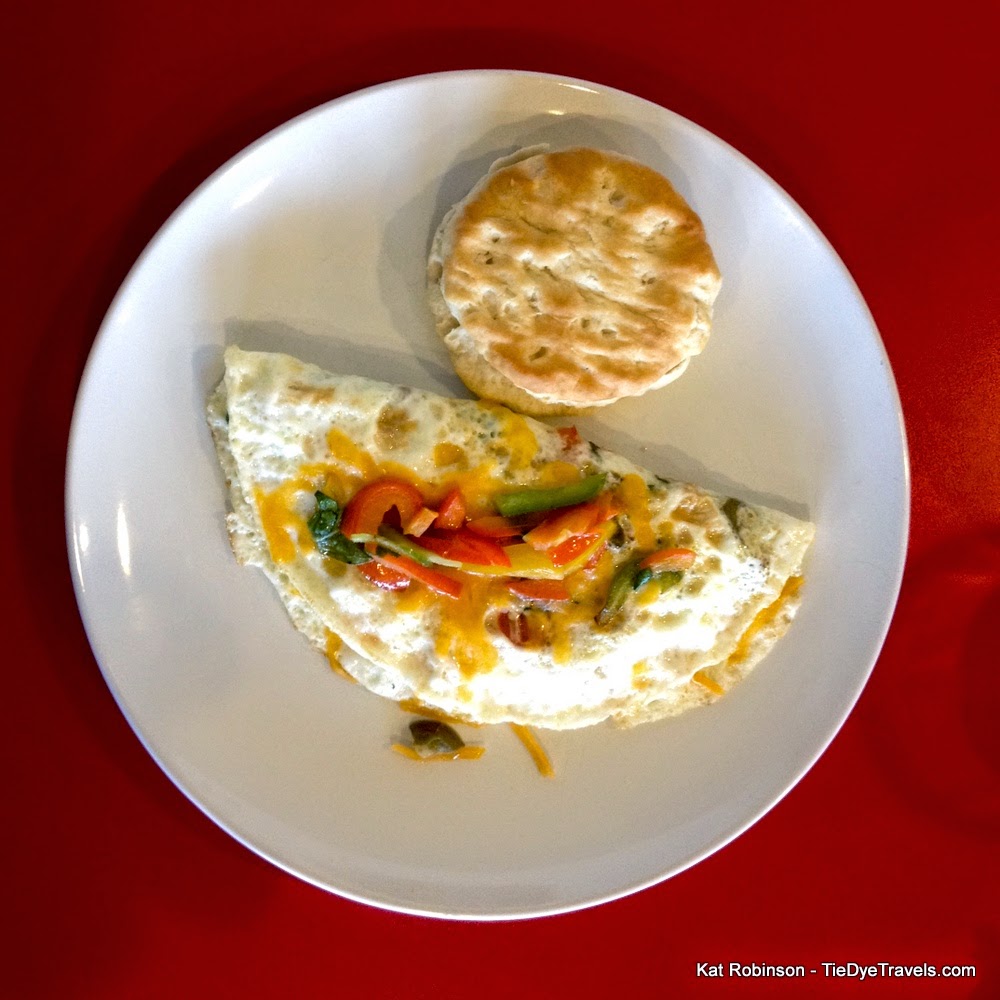 bell peppers.  It came with a biscuit (not housemade, but still pretty good) and looked way too good to eat.  Unlike many other omelets featuring jalapenos, this one had just slivers of the hot peppers, and most of the flavor came from the vegetables, which had been sauteed beforehand.  This was just marvelous. 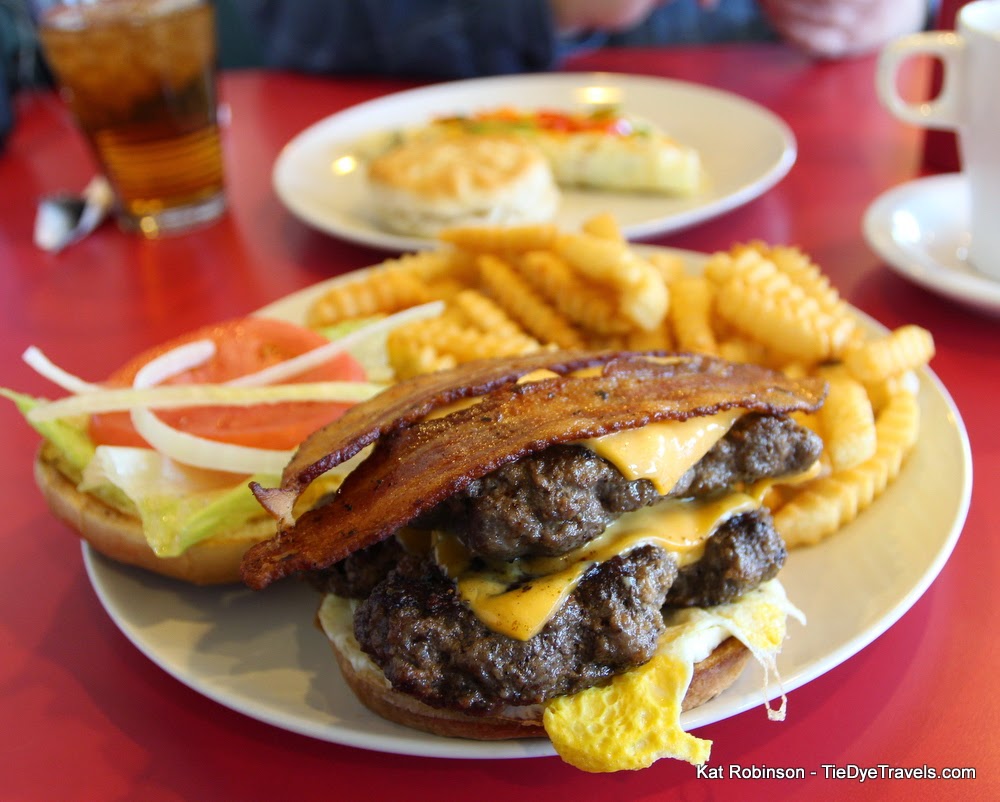 But it couldn't hold a candle to Grav's burger.  He had gone for a double patty Demolicious Burger, which contained the following:  two patties that were at least a half pound each, lettuce, tomato, onions, pickles, jalapenos, mustard, mayonnaise, bacon, grape jelly, American cheese and two eggs.  All together, that sounded absolutely 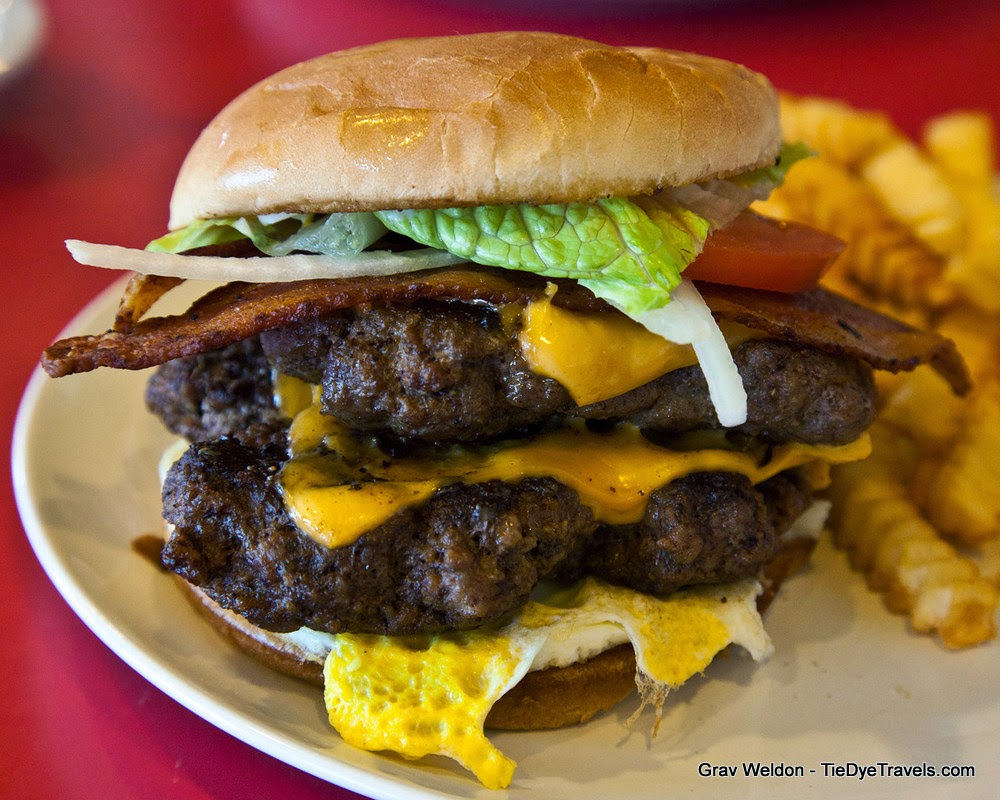 crazy, but somehow it all works.  The meat had been seasoned nicely and the burger came with crinkle cut fries -- all for the price of just $7.50.

So Grav went nuts on this burger.  After an initial bite 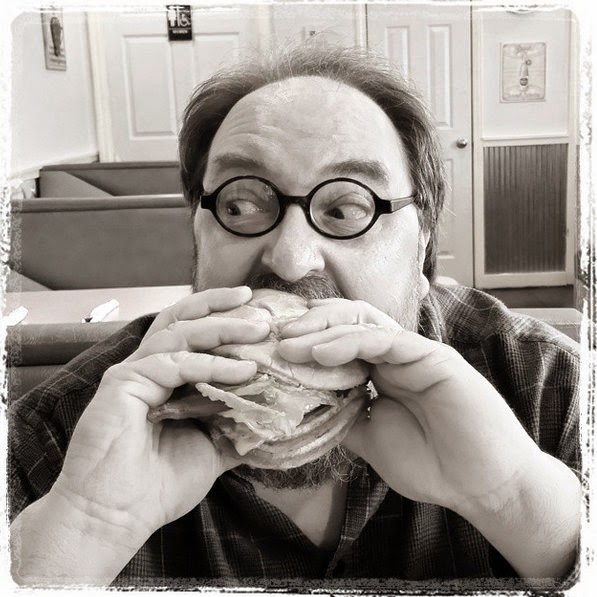 out of the thing, he resorted to cutting it up with a fork and got about a third of the way through, all the time telling me all the other burgers he's had that didn't live up to this one (he didn't get to experience the Monkey Burger with me last month).  He was elated.  Jubilant, even.  He says it's the best burger he's had in ages.  I believe him. 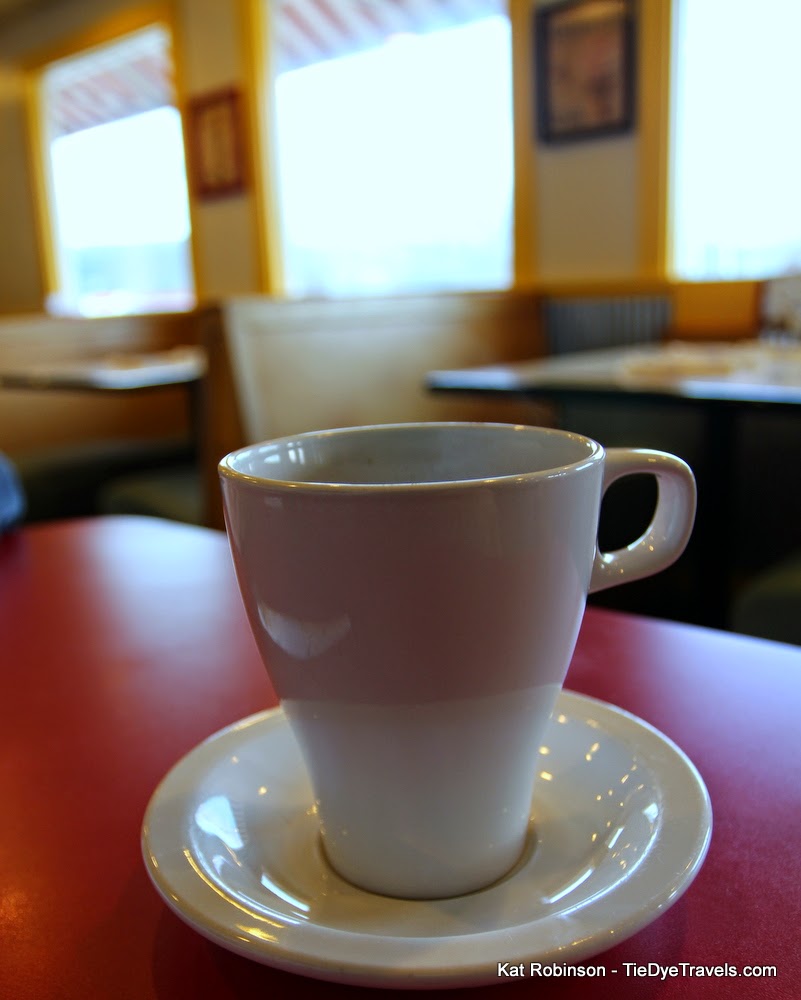 Now, we had to get on the road, but when I went to look at my photos, I finally read the back of the menu.  Turns out, Gail is Gail Dawn, whose mother ran Friends Catering and who's been cooking since she was 12 years old.  She studied under Chef Tami at Woodlands Farms Cooking School in Ohio, made the Dean's List at the Arts Institute International Cooking School and is a member of the APPCA, the American Personal and Private Chefs Association.  I'm guessing she knows what she's doing.

We turned down cookies and bread pudding, since we had to go and we were already quite full.  Grav ate the rest of his burger the next morning for breakfast and was still rambling on about it days later.  Next break in the schedule, we'll be back. 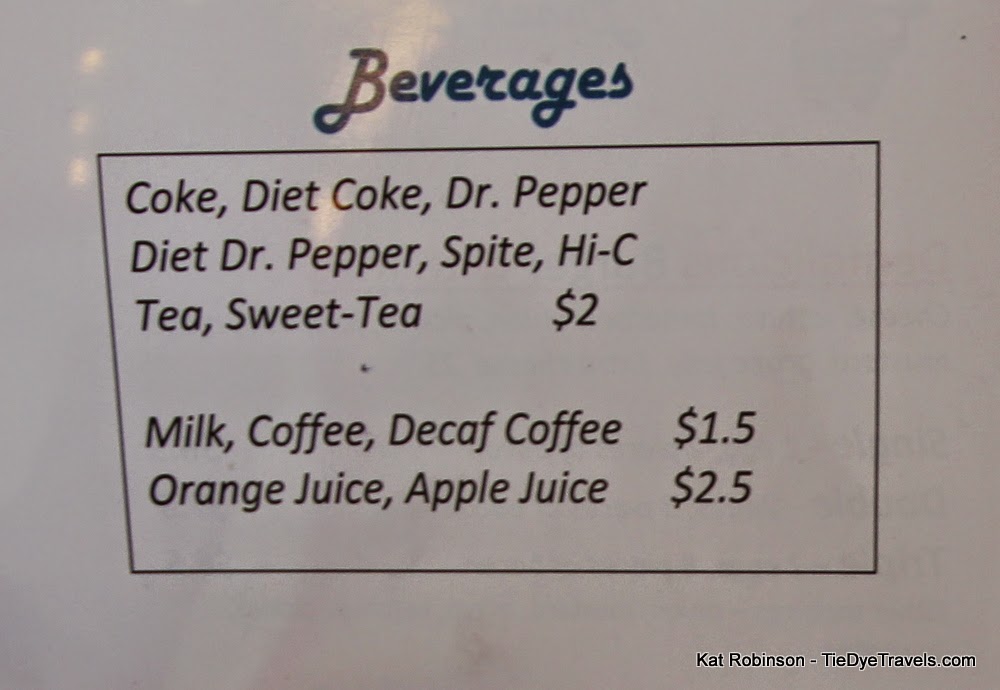 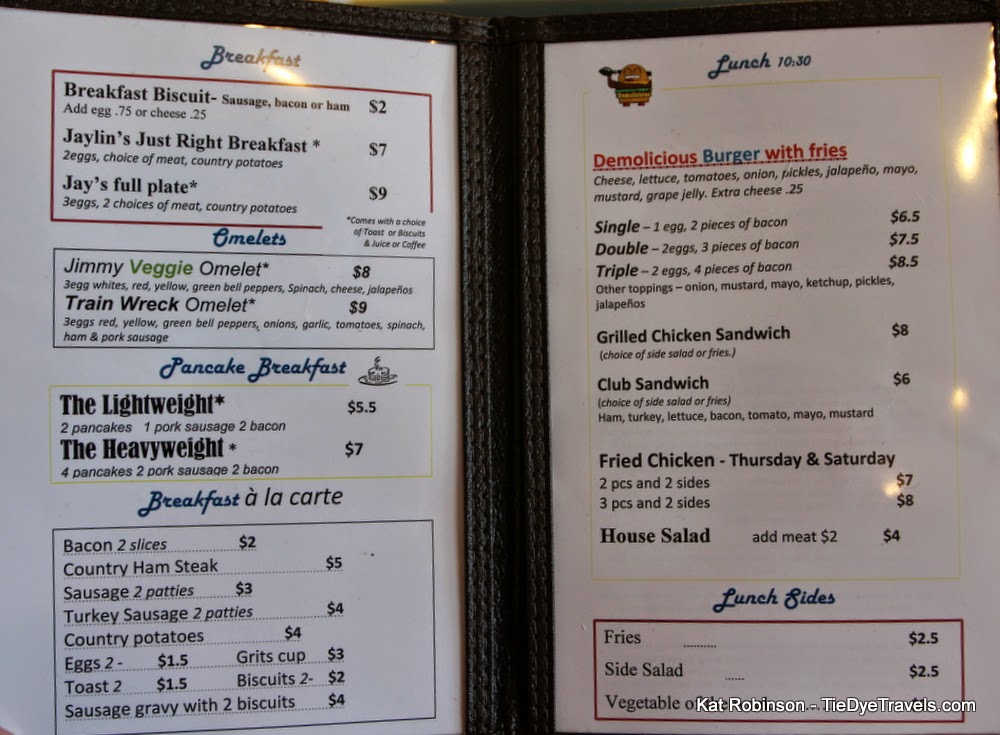 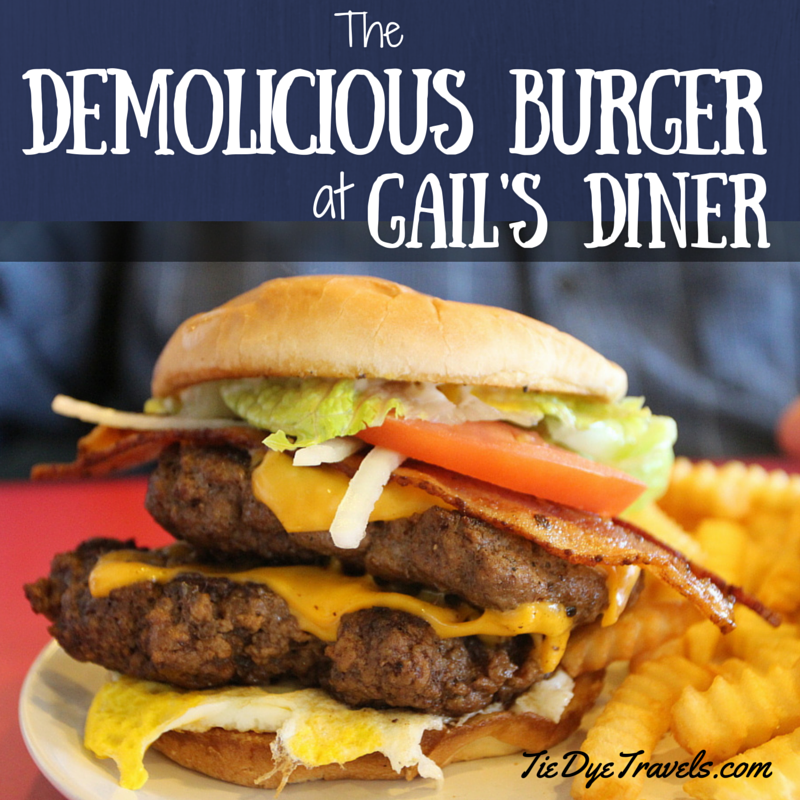