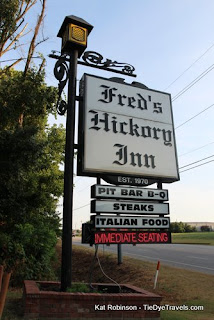 Many of the restaurants I have covered over the years were started by young folks who had a vision. Fred’s Hickory Inn started with a couple who were retiring at the end of other careers.

Fred and Lou Gaye retired to Bella Vista in 1969. Fred had been a petroleum engineer, and the couple had moved about quite a bit – spending time in 13 different countries. When it came time to settle, the couple decided to chase a lifelong dream. They purchased a couple of acres along Walton Boulevard in Bentonville called the Wildwood Camp. Now, there wasn’t much to the property, just a couple of abandoned buildings on top of a hill – but Fred saw value in the place.

As Sherry Mendenhall relates, “Fred told Lou he found this wonderful place to build a restaurant, and Lou thought he had lost his mind, ‘cause the weeds had grown up almost taller than the building.” But the weed were cut, the building renovated, and into the kitchen they both went. Fred smoked the meats, Lou created the side dishes, and thus was born Fred’s Hickory Inn in 1970. 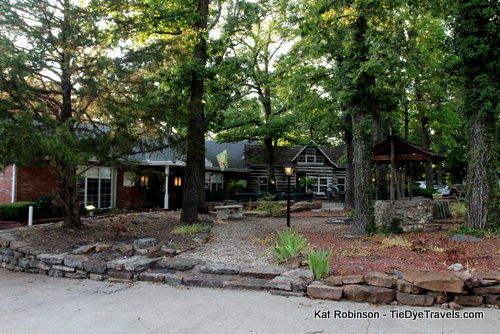 “Fred used to drive up here in the mornings on his lawnmower,” Mendenhall says, “with his Chivas and soda in one hand. They had a dog named Chivas that would ride the lawnmower with him. So he would come up and put the meat on, and then they would come back in the early afternoon and Lou would make her meatballs and her spaghetti sauce, and then they would open at five o’clock.” 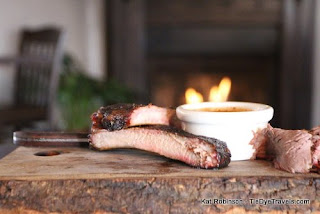 A lot of history has happened inside the cabin on the ridge. In Sam Walton’s book Made in America, it’s mentioned that the Wal-Mart founder threw a surprise 60th birthday party for his wife there. Walton told Robin Leach of “Lifestyles of the Rich and Famous” that Fred’s Hickory Inn was his favorite restaurant. Bud Walton apparently agreed to donate the money for the arena at the University of Arkansas over dinner there.

Sherry Mendenhall manages the place these days (it's owned by Lawco, which is investing heavily into Bentonville's food scene right now). She seated Sam Walton on her very first day on the job. Sherry worked there for 21 years before buying the place in 2005. She’ll give you a list as long as your arm of famous folks that have come through the door – Jonathan Winters, Garth Brooks, Paula Abdul, Denver Pyle… the entryway is wallpapered with signed photographs of all the celebrities who have come through the door.

And yes, there’s a Clinton connection. Sherry says before Bill Clinton officially announced he was running for president, he attended a retirement party there and quietly let the attendees know his intentions. 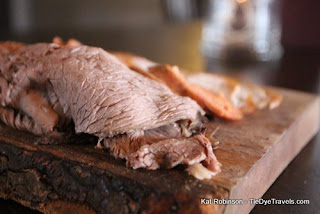 Fred’s specialty? Smoked sirloin, still a top draw at the restaurant today. If you’ve never had a smoked sirloin, it’s different – with hickory flavor all through the meat, sort of like a woody-flavored prime rib. I’ve never encountered that flavor elsewhere. The meat isn’t sauced, it’s dry-rubbed with sauce on the side if you really want it. 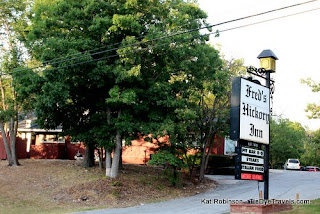 Lou still comes in. She’s 98 years old and she still enjoys greeting the customers. And there are a lot of them. Any weekend evening, it’s hard to find a spot to park in the gravel and concrete lot behind the building. And forget about getting in when there’s a Wal-Mart shareholders meeting going on. The restaurant was founded eight years after Sam Walton got going and a year after the chain was incorporated. The two grew up side-by-side there in Bentonville. 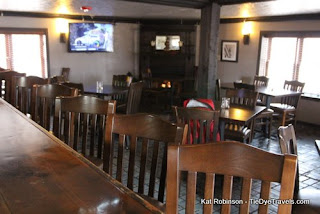 UPDATE 10/28/17 :  In October 2015, the restaurant suffered a significant fire, and the eatery closed. Much of the main dining area had to be rebuilt.

I stopped in to shoot the famous smoked sirloin for Food Network in January of this year, and found it to be even more adorable than before. That smoked sirloin may be even better now.