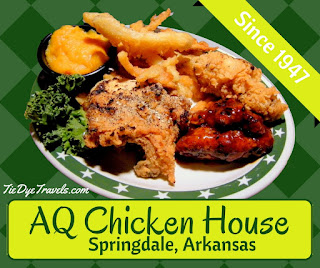 For nearly 70 years, the venerable AQ Chicken House has served the masses. Find out how this Arkansas institution came to offer some of the best fried chicken in the Ozarks along US Highway 71 in Springdale.

Springdale’s go-to place for fried chicken and spaghetti, the dish of northwest Arkansas, is AQ Chicken House. The original Springfield location began in 1947, back when Thompson Avenue was a dirt road. Chickens were raised, killed, cleaned and processed right behind the building. Half a bird cost sixty-five cents and a cup o’ joe was a nickel. 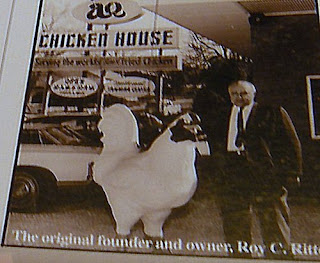 AQ, which stands for Arkansas Quality, was the brainchild of Roy Ritter, who sold “Southern Fried Chicken” to those who found their way up Highway 71. He eventually sold the operation to Frank Hickingbotham (who went on to create TCBY Enterprises Inc.) and Ron Palmer, who owned it for seventeen years before they sold it to Dick Bradley in 1998.  At 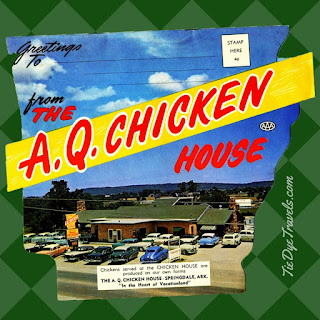 one point, there were several AQ Chicken Houses in Arkansas, including locations in Fort Smith and Pine Bluff.  Today, there’s just the Springdale original and an outlet in Fayetteville.

AQ has its celebrity fans, including “Head Hog” Frank Broyles and President Bill Clinton.  President George W. Bush once got takeout for Air Force One when he 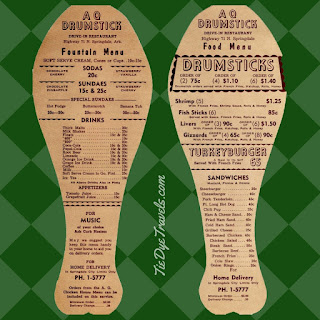 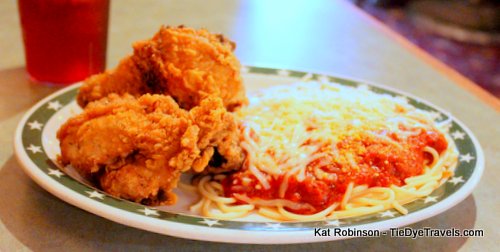 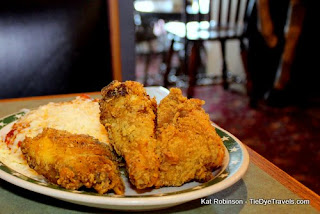 But the one that’s endured over all this time is the original AQ pan-fried chicken. And the best way to have it, in my humble opinion, is in the AQ combo. It’s three pieces of chicken (light or dark, your choice) and spaghetti, smothered in a mild marinara, Parmesan, mozzarella and provolone. 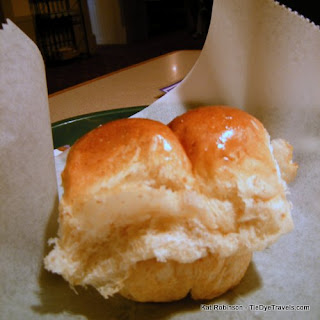 No matter what you get, it’s all served up with cloverleaf rolls and butter, with strawberry preserves and local honey on the table.

Go with a group… even if they don’t like chicken, there are steaks and Italian dishes and even more stuff on the menu. Make sure to order some fried peaches for dessert – these are individually battered and deep fried peach slices served with ice cream, and they are remarkable.

You’ll find AQ Chicken House on US Highway 71 in Springdale.  For more information, check out the website.