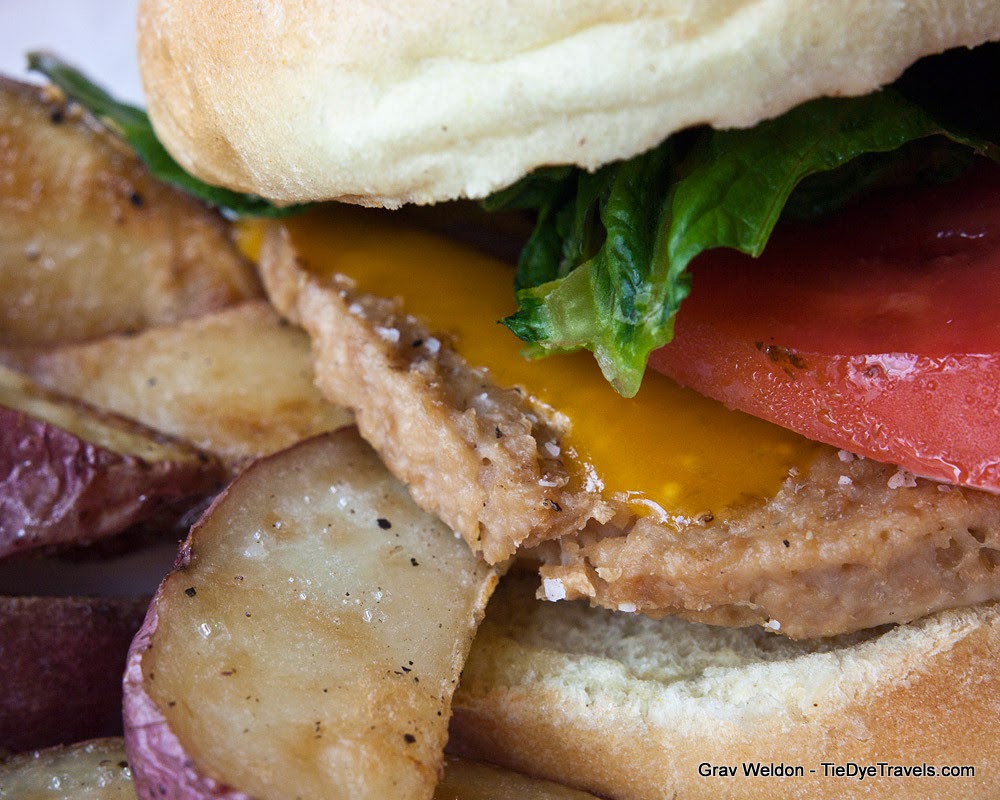 Burgers come in many shapes in sizes, from tiny sliders to the humongous Ed Walker's five pounder. Most are beef, though some vary into different grounds, such as the Buffalo burger at Jasper's Boardwalk Cafe. Some are served on sesame seed buns, others not. Many come with cheese or have it available. 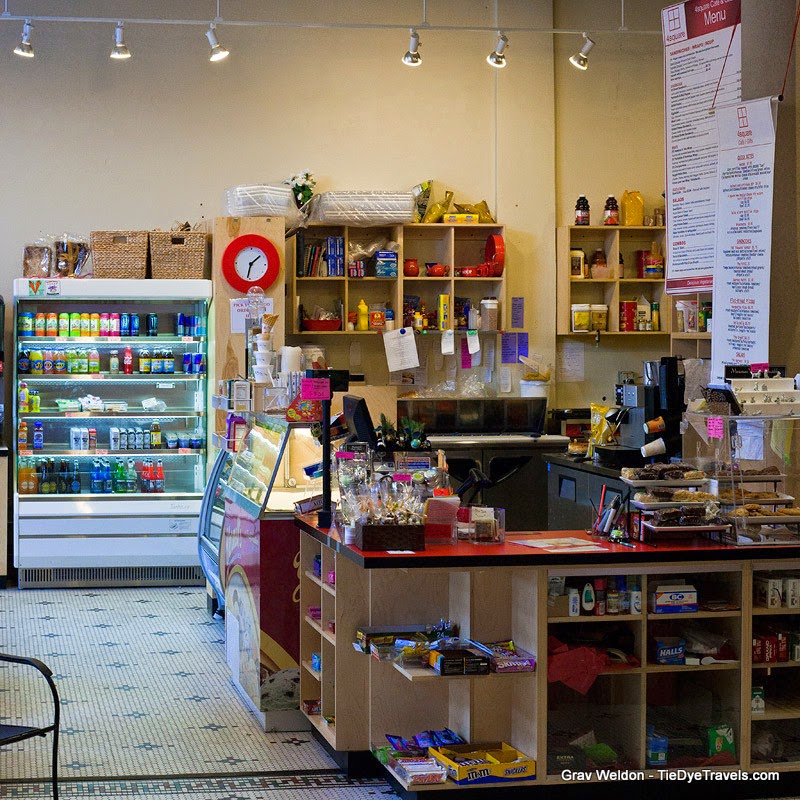 My dining companion and I dropped in for lunch a short time back, eager to enjoy a meatless meal together and to explore the Arkansas gifts throughout the store. 4 Square is such an inviting place, with high ceilings and big windows, a nice place to share sandwiches while sitting on stools in the sunlight reflected off the Oppenheimer Hall across the way. 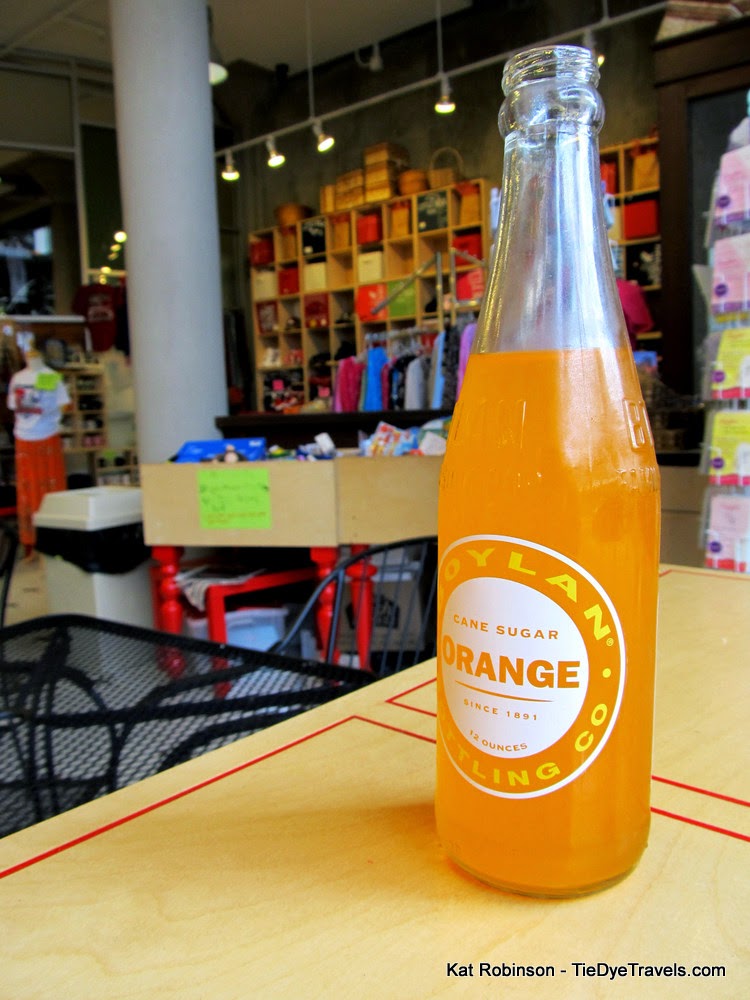 They offer so many items I like to see in a lunch joint, such as a wide selection of beverages ranging from juices to milks to high fructose corn syrup free Boylan Sodas. There are usually items you can pick up and run with (after paying, of course) in the cooler, and slices of pie as well.

But we were in the mood for a hot lunch. My dining companion hadn't been there before and was concerned that whatever we ordered would not be enough to sustain us throughout the afternoon, so we agreed to order hummus and pita chips with our selections. 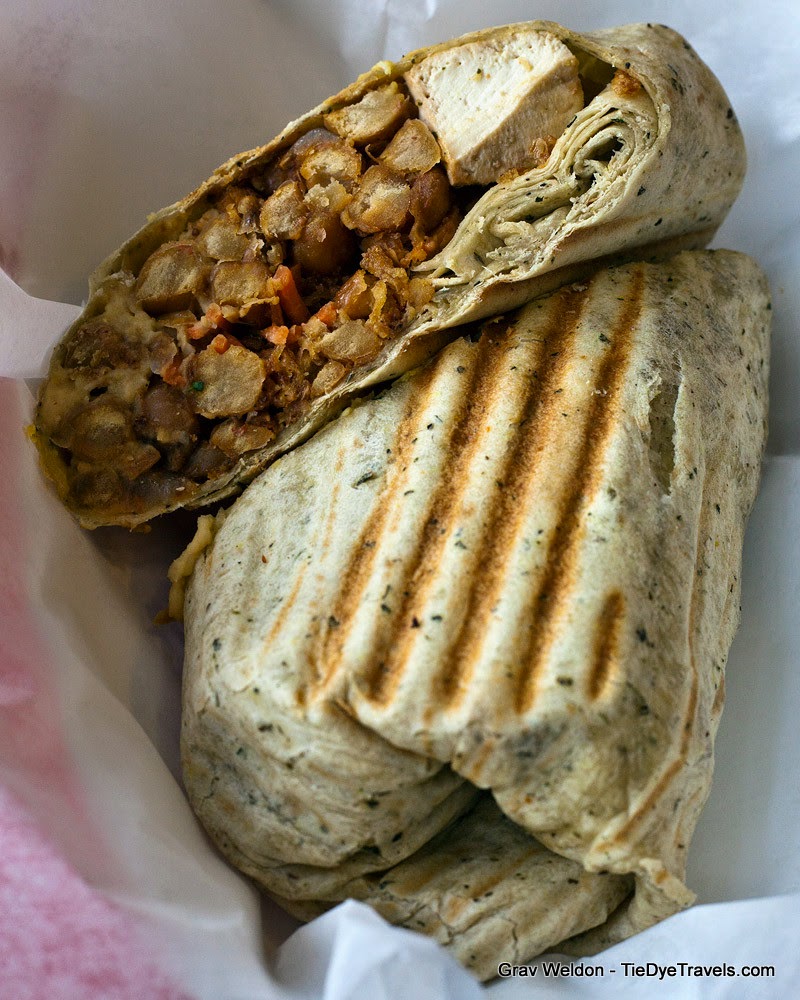 It took around five minutes for our order to be processed, put together and set out on a tray, which we fetched ourselves. He had chosen the vegan Chickpea Wrap ($6.25), a preparation of chick peas marinated in Indian curry. The wrap was a 12" flour tortilla, smeared generously with hummus then slathered with the chick pea mixture. Carrot slivers and marinated tofu chunks and a little bit of spinach were added before the substantial filling was tightly rolled into a nine inch cylinder and sliced in two. The curry was thick with the flavors of cumin and turmeric with strong 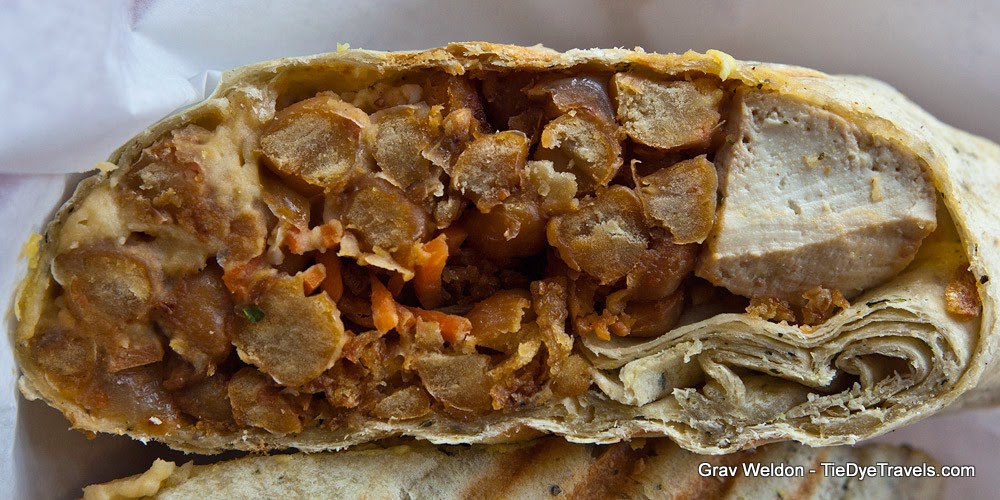 notes of ginger and a touch of fenugreek. I suspect the hummus that lined the tortilla was of the red pepper variety. 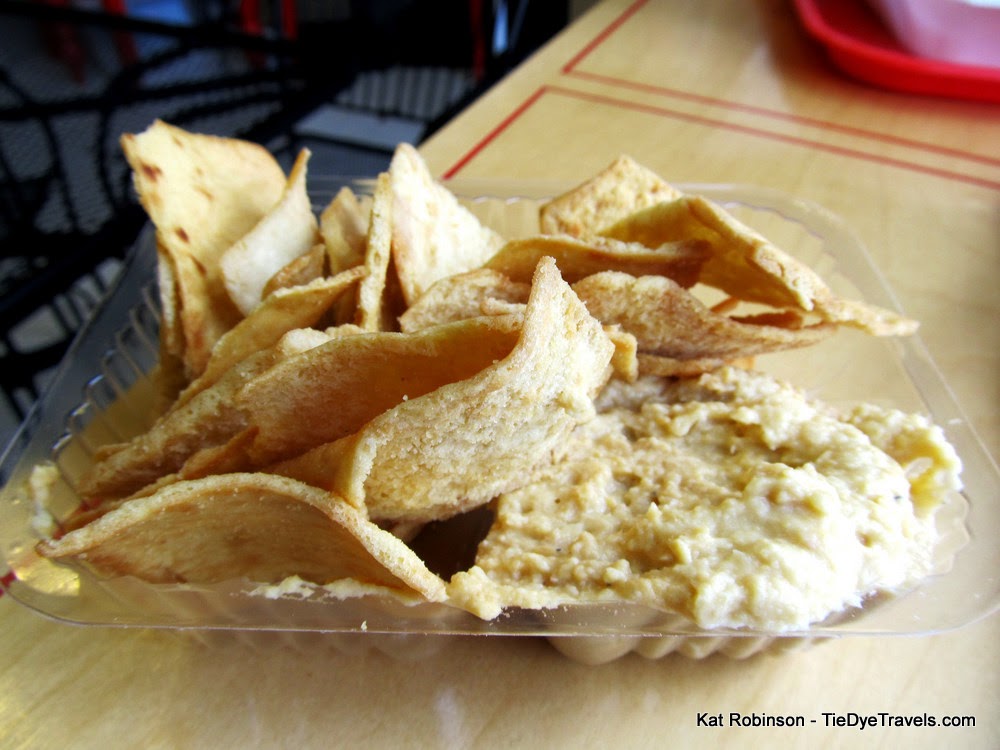 oatmeal. The wrap had the advantage of being marvelously filling, and my dining companion took half of it away to eat later.

Our hummus ($3.25) shared was pretty standard but with a nice citrus note that gave the concoction a pleasant bite. It was served with pita chips. We had originally considered the Spinach and Artichoke Dip ($6.50), but it was out that day.
So, the 4 Square Burger. 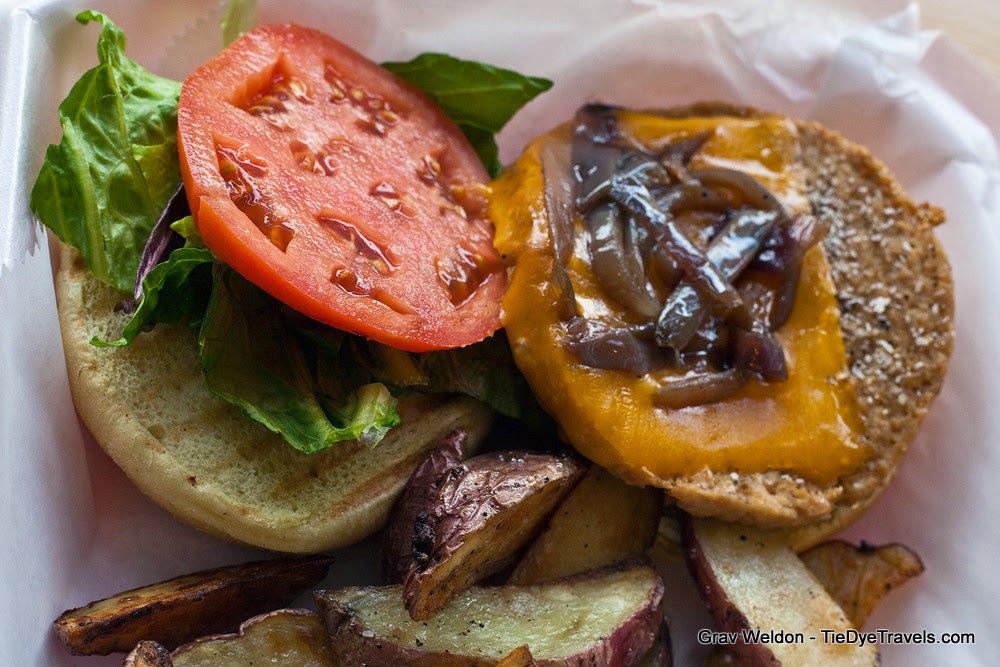 $8.75 initially sounded like a bit much for the burger, but the menu did not mention it came with roasted red skin potato wedges, delightfully seasoned with salt, pepper and parsley. The burger itself was a marvelous surprise; on first bite it gave the same sort of mouthfeel I have become accustomed to in my burger quest. While lacking the traditional caramelized crust formed when a burger hits a griddle, this patty did have enough of a crust to it to give the impression of a crust-bite. It was of a bean and tofu base, I believe, though I may be missing one of the patty ingredients. It was nicely flavored with onion powder and garlic... in fact, as the burger was consumed even more of the garlic flavor came through. The Cheddar was just salty enough to give the burger its balance against the sweetness of the caramelized onions. The aioli was a little sharp at times, but not too sharp. In all, this is a well thought out sandwich.

When it came time to go, it was no work at all to pack our leftovers, since everything had been presented to us in biodegradable cartons in the first place. My companion and I were both left with afternoon snacks after our meal. I can in all honesty say it was a good value. 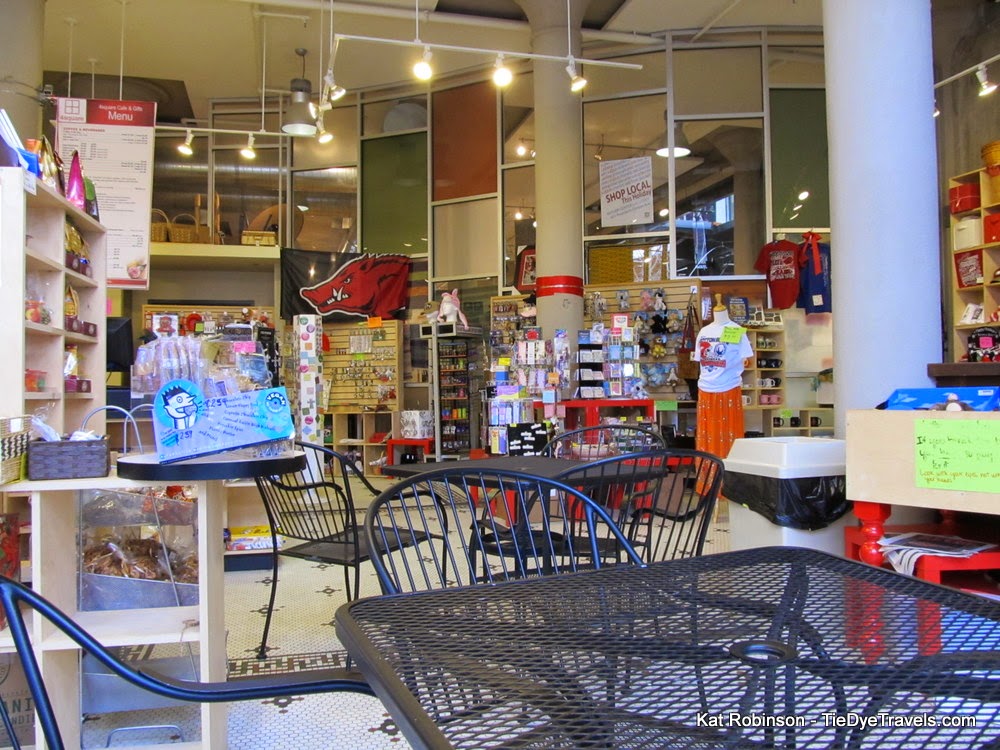 Does it make burger criteria? That... is a matter of opinion. I think it does, just as much as The Root Cafe's excellent Mushroom Burger or one of the great black bean burgers at The House. It may be time to re-examine what really constitutes a burger, and place garden burgers such as this firmly in a new category to be explored. I will be interested in seeing how many other non-beef burgers make the cut.