Burger Joint of the Week: Top Rock Drive In, Alpena. 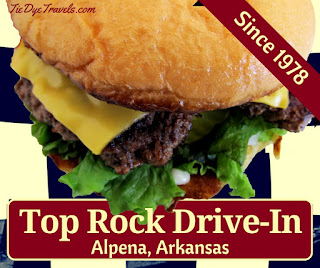 The first thing to note about the Leopard Burger is that it isn't actually made of leopards. Nor is it spotty. In fact, the only reason behind the name of the enormous burger offered at Top Rock Drive In up in Alpena is the name of the school mascot. Still, there is a bit of relief to be found in the fact that no cats were harmed in the creation of this burger.

But I will tell you there was a lot of frying involved. 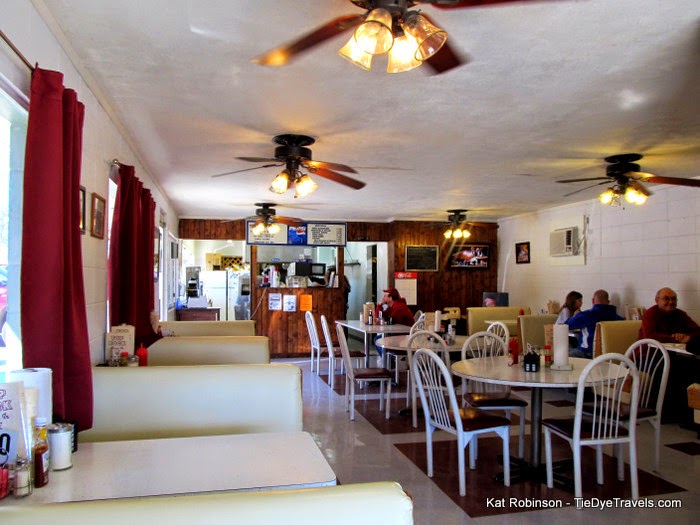 I have passed by the Top Rock more times than I count. Just about every time I pass through the area I tell myself I need to stop in and try that Leopard Burger (which is advertised on the sign out front). I never do, though. I'm either in a rush to get to where I'm going or to get back home. I was also under the impression that the restaurant wasn't open on Sunday, since the sign on the front door says "Mon-Sat daily." But this time around I saw the sign turned around to open, and sure enough there was activity on the other side of the door.
I came in, sat down in a booth and asked the waitress what a Leopard Burger was. "It's really, really big," she told me.

"We can take it off. It's still really good." 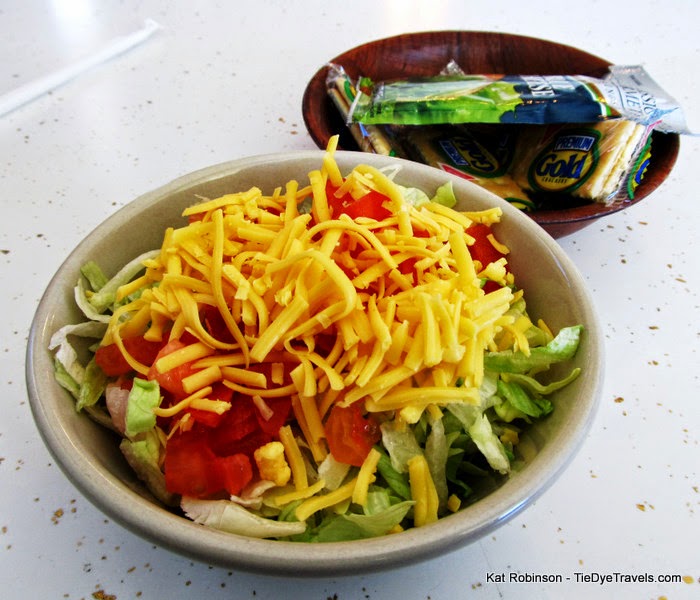 I thought about it a few minutes, then ordered it with a side salad. The salad came out first, a simple bowl of iceberg lettuce shreds, tomato chunks and Cheddar cheese served up with Club crackers and a packet of Blue Cheese dressing. Simple.

It was about a 20 minute wait for the burger, but then it was delivered on a plate. And yes, my waitress was correct, it was a really, really big burger — probably a pound. 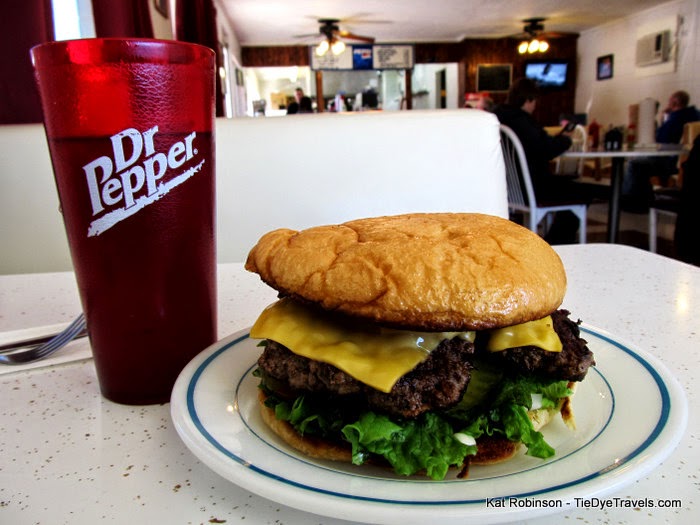 The Leopard Burger ($6.35) was a big fat burger — both tall and wide. Its single griddle-smashed hand-patted patty was charred all over its edge, and every crack was filled with American cheese, melted directly onto the patty. It perched on top of thick slices of tomato, a green leaf of lettuce, hamburger dills 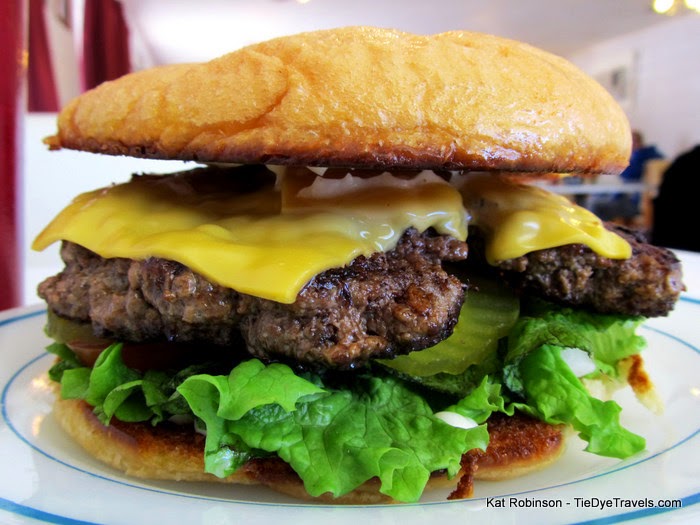 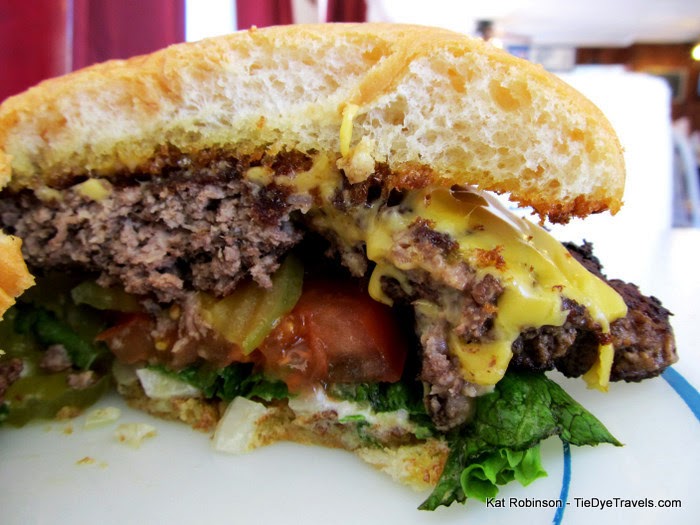 an amazing salty surface that made contact with patty and vegetation to create such an intriguing texture of sturdy yet pliant meat and crunchy lettuce and onion and... well.

My waitress said she thought the buns came from the Mennonite bakery in Harrison, but she wasn't sure. It was soft topped, like a very wide and shallow version of a Boulevard Bread Company bun but with a very white-bread-soft center to it.

The patty itself had been seasoned with just a little salt and pepper and the grease from the grill.
It was impressive. And I took nearly two thirds of that burger home. As I said, it was a big burger. And just phenomenal, too.

But... there is this. When I went to reheat the thing later, it just wasn't as great. That's because all that butter fried into the bun had made the bun tough. Ah well. I had a great experience with it on my initial introduction, and that's what matters to me.