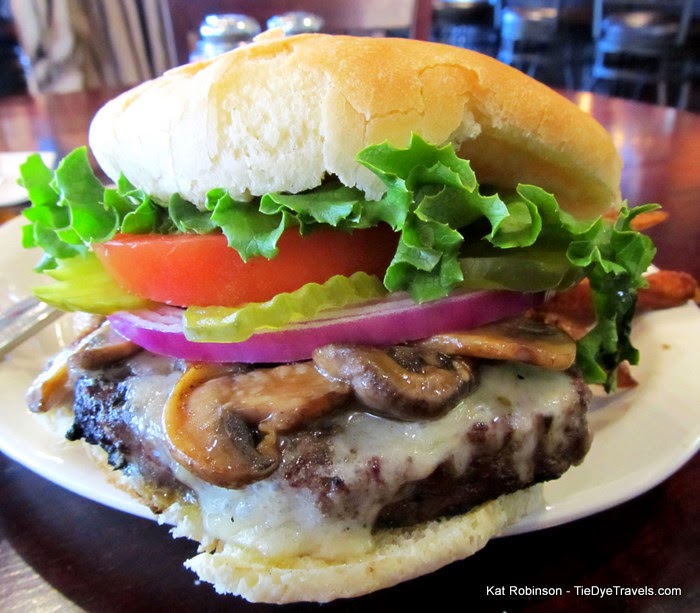 Something always conspires to keep me away from Dugan’s. I have parked nearby for the walk over no less than four times; three times I got phone calls that directed my presence to another location immediately, the fourth was the day the dang grill was non-operational. But I was determined to at least make it once.

And I’m going to go back… because the place has a great feel to it, a nice roaring fireplace to warm up by, and a burger that soaks into your soul. 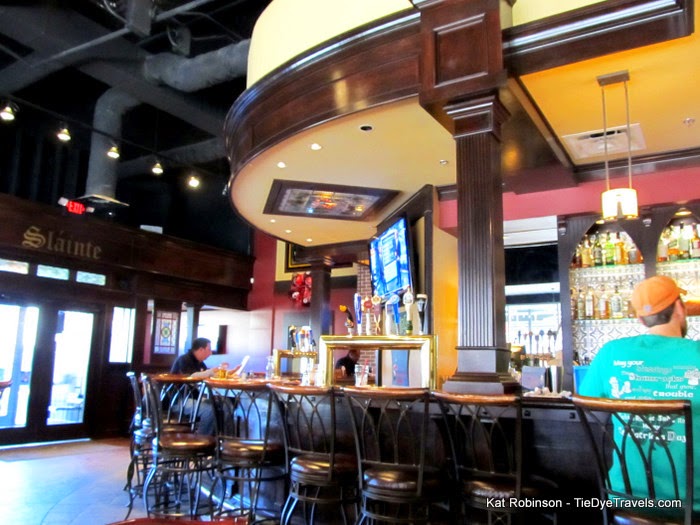 It was a bitterly cold day when I was finally successfully able to darken the door at Dugan’s. I had decent hopes, too — I like Markham Street Grill and Pub but couldn’t stay very long at any point because of the smoking. Haven’t been back over there since the new venture opened.

As I said, it was cold, and when I walked through the front door and saw that open fireplace I was drawn to it. I sat right beside the fire and ordered up my iced tea and looked through the burgers.

They have several there — a Black and Blue like over at Markham Street, a Hickory Barbecue burger with bacon and Cheddar, a Southwestern with pepper jack and jalapenos and a Build Your Own. The Swiss Mushroom Burger ($7.95) looked like the best bet. They’re usually served up with chips but I went ahead and spent the $1.50 for fries.

Took about seven minutes to get my food, time I spent enjoying the heat from the fire against my back. It was after the rush hour and there were just a few people inside. A trio was dining in the snug next to the front door, a couple of guys were at the semi-circular bar and a couple of tables had diners.

The pub is a little different from other pubs around. There’s a lot of glass, considering the location on the corner of a ground floor of a building. The floors are concrete and the décor is a blend of wooden mantles and black painted ceilings. But it’s all right. It looks like the pub is growing into the building. 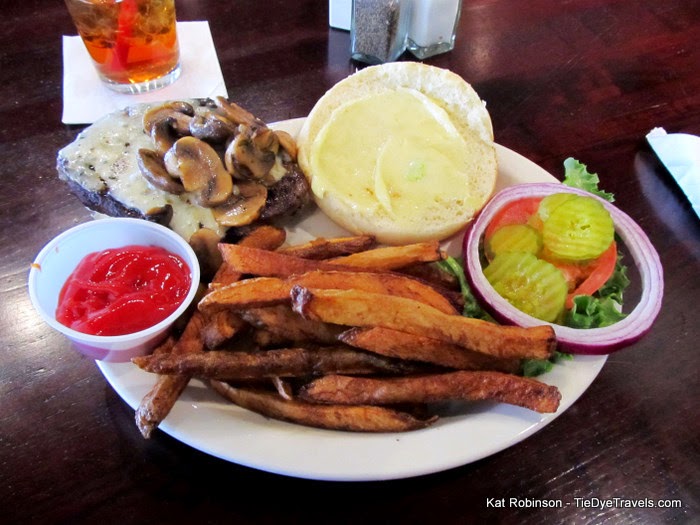 Got my platter — and was very pleased to see the double-fried fries. They were brown and soft and substantial. I would believe they were handcut and they still had a bit of peel on them.

They were served up with ketchup — not Heinz, but maybe House brand? A little more vinegary than 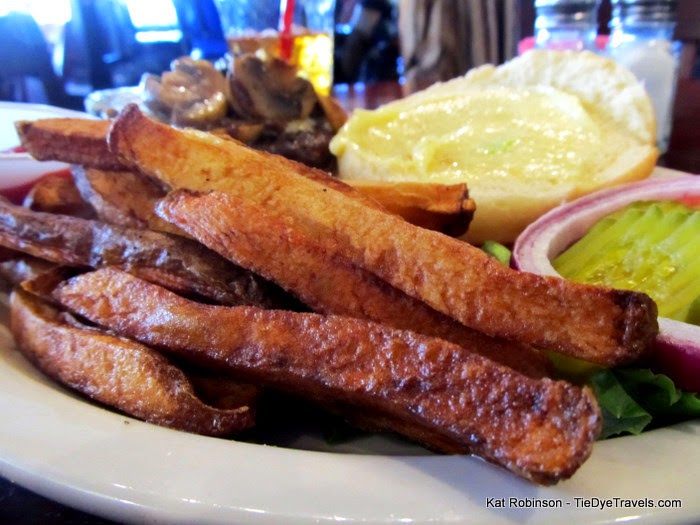 The top bun had been swiped down with mayo. The lettuce, tomato, pickles and red onion ringlets were stacked to one side. The burger patty itself was half covered with mushrooms — I believe this to be only from the centrifugal force of the mushrooms on the 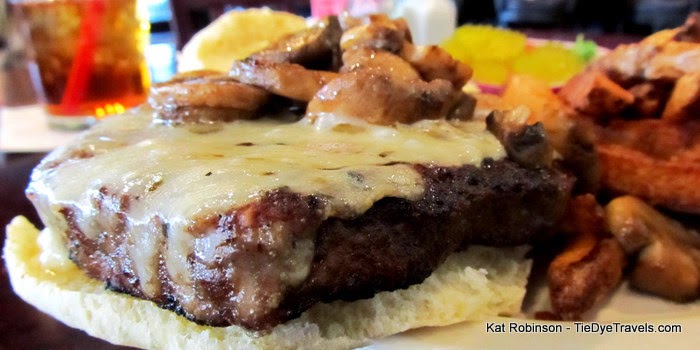 plate when my server turned around at the order station with the platter.

There were plenty of mushrooms piled up on there, fresh buttons sautéed in a Worchester style sauce with… was that a little beer I was tasting? Hm. The patty was nicely irregular from the hand patting, seared with those griddle lines and cooked to a medium well. The Swiss cheese clung to the patty.

It took a little bit to assemble, but once I did I encountered a different problem. The decadently sautéed mushrooms provided so much moisture that the bottom bun was dissolving. I determined that the best way to eat this burger was by inverting it and consuming it while it was upside down.

It’s a half pound of meat, I am guessing, and with all those mushrooms it’s more than the average person is going to be able to consume in a lunchtime. I bet this would be a great burger to nurse through a game — and Dugan’s would be a great place to watch one, with all those flat screens around. As it was, I made it about a third of the way through my burger before asking for a box.
I need to go back and try so many things — the Gorgonzola Dip, the Corned Beef and Cabbage, the Lemon Curd Tart. I hear the Guinness Chicken is to die for. There will be time.

So, here are a few other dishes you'll find at Dugan's.  See, I've been back a LOT since this writing.

You’ll find Dugan’s Pub at the corner of 3rd and Rock, just down the street from Brown Sugar Bakeshop.