Here's How A Cooking School Could Work in Downtown Little Rock. 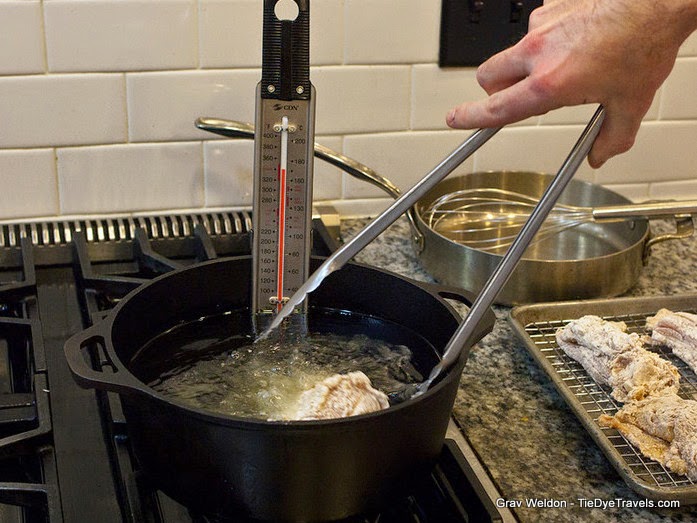 Yes, I had my bit of a quiet rant a few weeks ago, talking about the brush-up between Pulaski Technical College and Mayor Mark Stodola over the placement of the new Culinary School. I mentioned a flavor of an idea, and I figured best way to expound on it is to check something out. Follow me? No? Let me 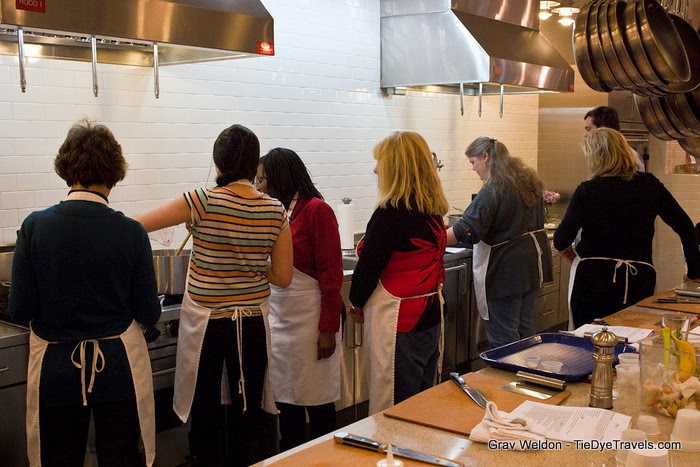 Culinary schools are awesome, don't get me wrong. I have made acquaintances in the food community here and elsewhere who hail from such great places a Le Cordon Bleu, the Culinary Institute of America and the International Culinary 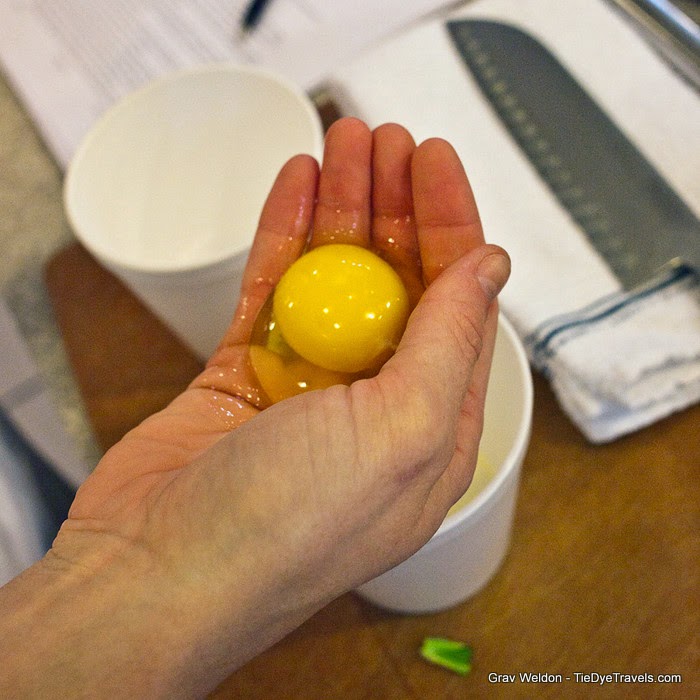 School at the Art Institute. They're turning out excellent students. But they are not really tourist destinations, unless you're a chef or chef wannabe.

The idea of culinary tourism is rooted in the thought that any average Joe can appreciate the experience, no matter their level of cooking expertise. You can't get that with the university approach — at least, in 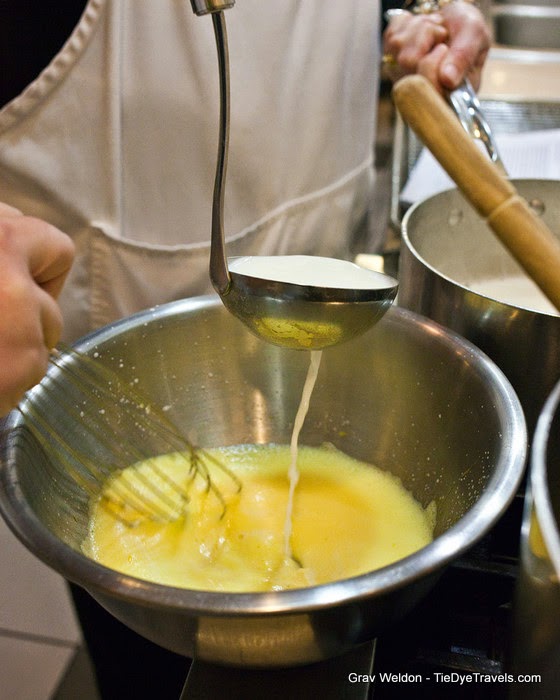 most cases you can't. You can — with a cooking school.

Now, culinary tourists range all across the board. You might have folks with a lot of money to spend who might want to spend time in a kitchen with a top-notch chef, or you might have folks who are spending their hard-earned money and vacation time to learn a dish or two they can prepare at home to dazzle their family and friends. Hard-core culinary tourists are also often into enjoying the Farm to Table experience (I understand P. Allen Smith's folks are working on 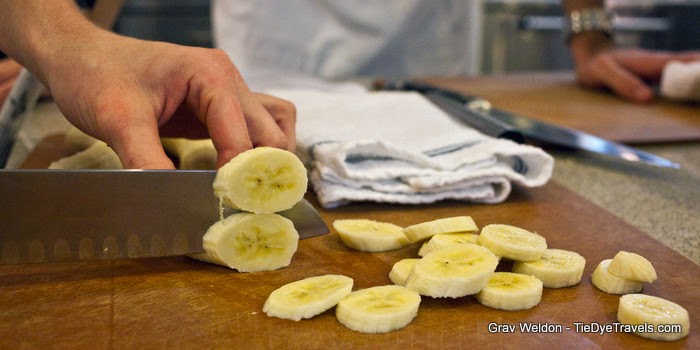 more of these) and many are kitchen gadget collectors. I wouldn't know anything about that at all, right? (whistles innocently).

Er, where was I going with this? Oh yes, the 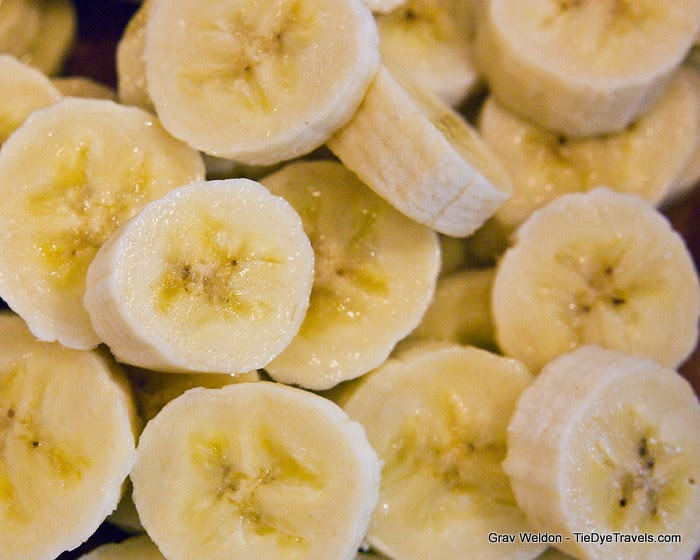 Viking Cooking School. There's more than one. In fact, Viking has placed these franchised stores and instructional sites all over the U.S. The closest is in Memphis, and when we started talking about the idea of moving PTC's Culinary School downtown I looked into this. Went and took a class there last week. 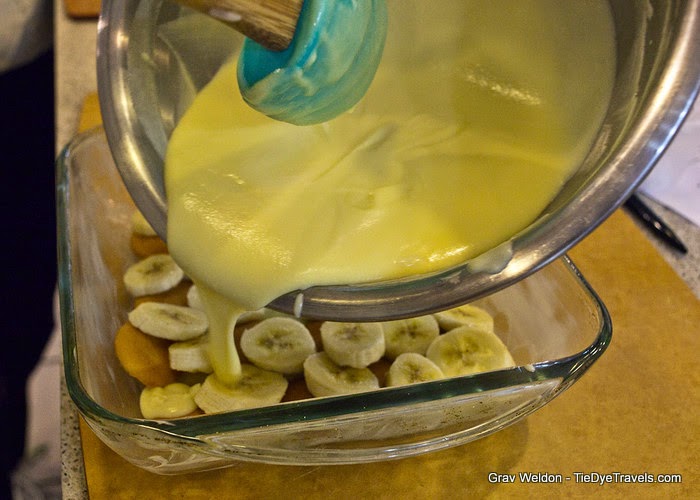 It's a very hands-on experience. I took the Southern Cooking class, which included learning how to prepare fried chicken, mashed potatoes, collard greens, cornbread and banana pudding. We started off at the table and sampled cheese straws — though, cheese straws in the form of biscuit-like 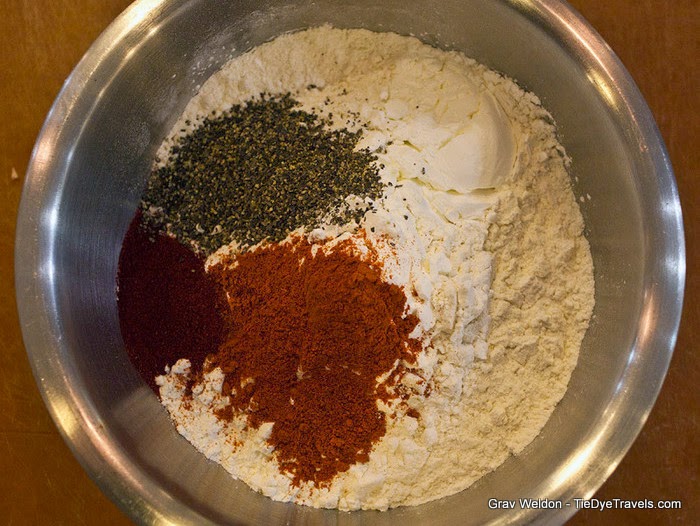 From there we were divided into three teams that would each tackle the same items, but together. Our instructors walked us first through how to properly prepare collard greens (for those who 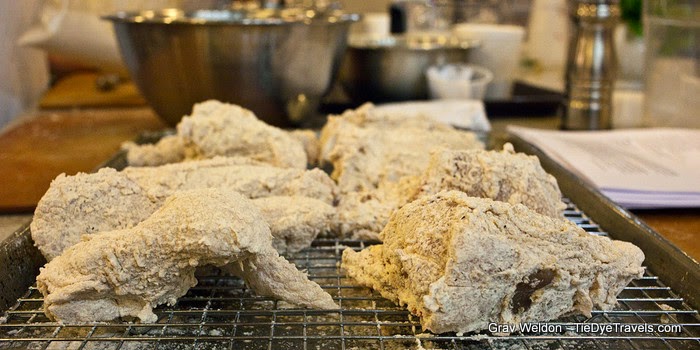 haven't done this, it involves multiple washings and the removing of the spine of each leaf, which will make the greens bitter if left in the pot), then how to make a custard for the banana pudding. We 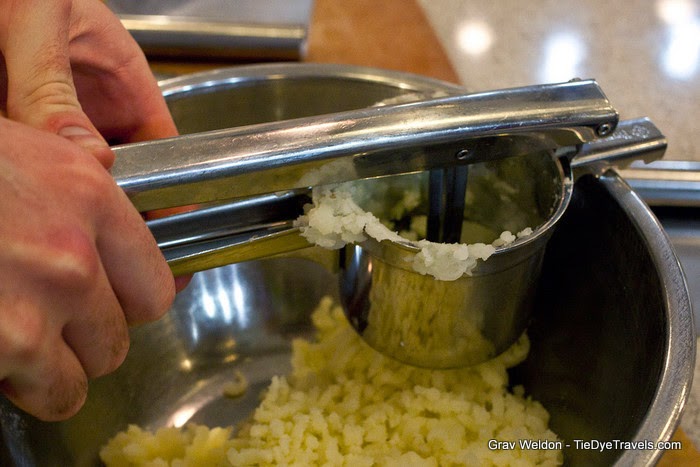 boiled potatoes and put them through a ricer, we breaded and deep fried chicken, we mixed up cornmeal and such and poured it into a hot skillet for cornbread... two and a half hours of instruction later we all sat down and got to eat our creations, accompanied by Riesling wine and sweet tea. 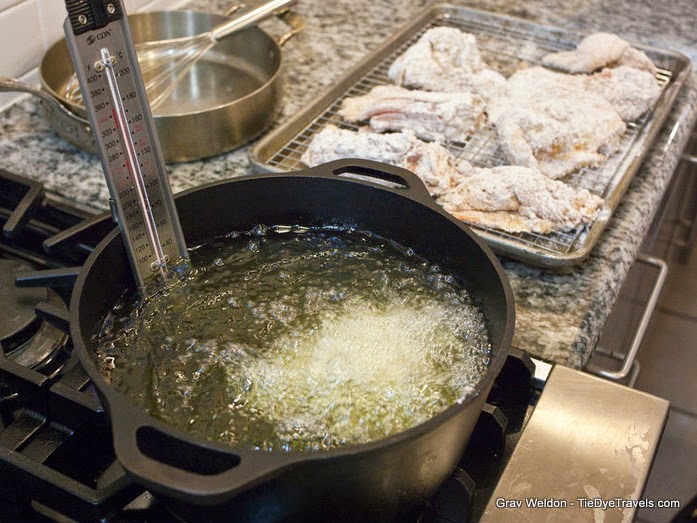 Many of the people participating in the class were from Memphis, but others had driven from other areas to come in. The class I took was on a Thursday night; I found later that weekend classes tend to have more folks from out of town and even out of state, who come in to learn all sorts 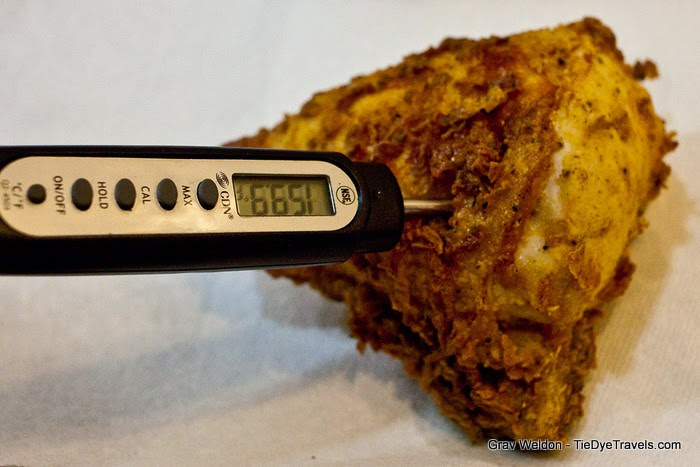 of things. I looked through the schedule and was delighted with the idea of Baby Cakes, a bread making workshop and basic French cooking. There's a Steakhouse night, Date Night classes and more.

The chefs are all properly trained and they go 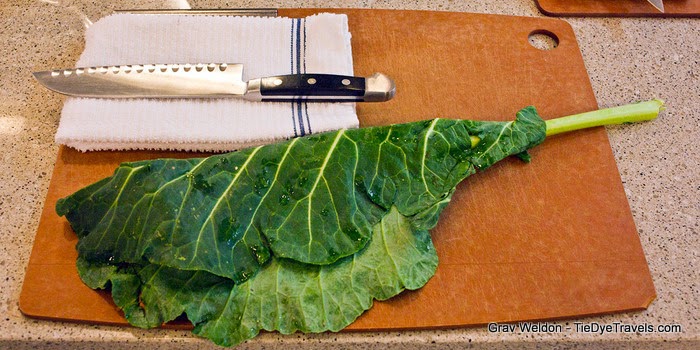 through a program with Viking. Sometimes a celebrity chef will schedule classes at the school. Private classes can be booked. Most classes are a one-night affair, but some stretch out over three days and there's 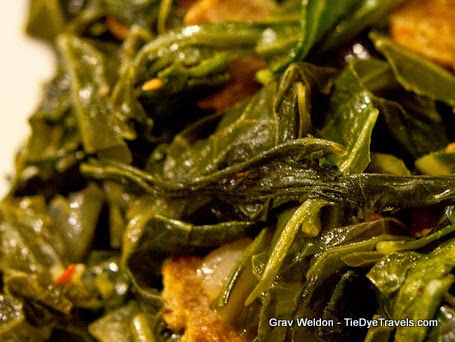 even a six week course on Viking culinary basics. There are classes for kids, for teens, for sports widows and for lovers.

Prices range from $50 to $100 for a single three hour hands-on course all the way up to $600 for the six week courses... but you get to eat what you prepare and take the 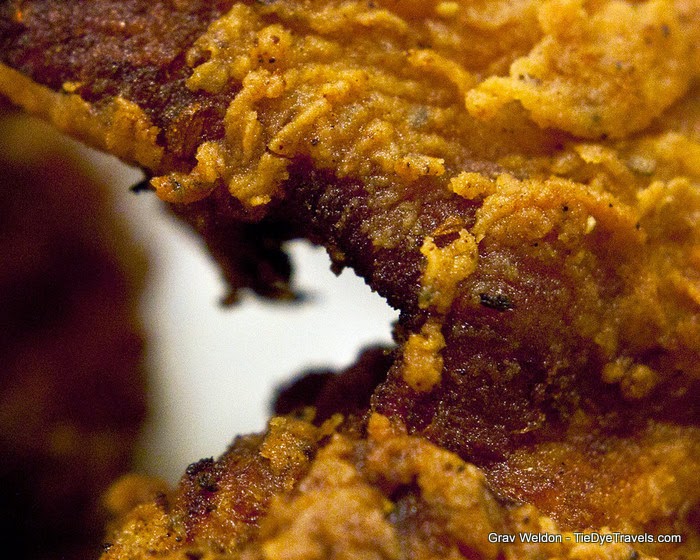 recipes home with you. That may be a bit much for some folks, sure, but I can tell you from what I experienced that the courses are pretty comprehensive.

So here's the rub. You can have a Viking Cooking School anywhere. It's a franchise operation. If someone wants to pony up the money to lease out 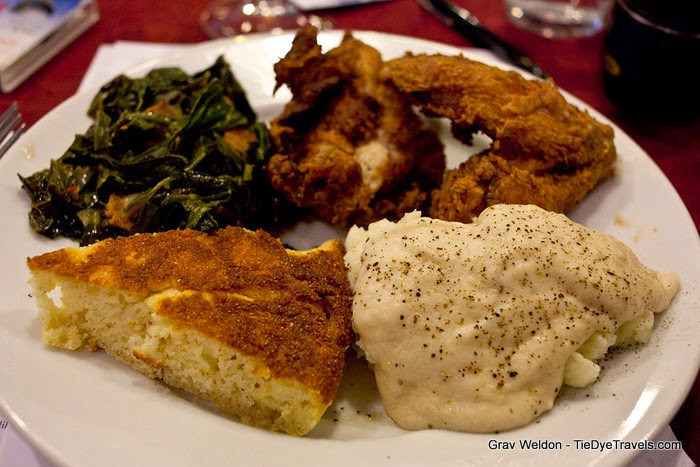 a building, make appropriate modifications and agree to have a shop to sell Viking items, they can pretty much bring one right here to Little Rock. It wouldn't take all that much.

Could it bring culinary tourists to downtown Little Rock? I think it 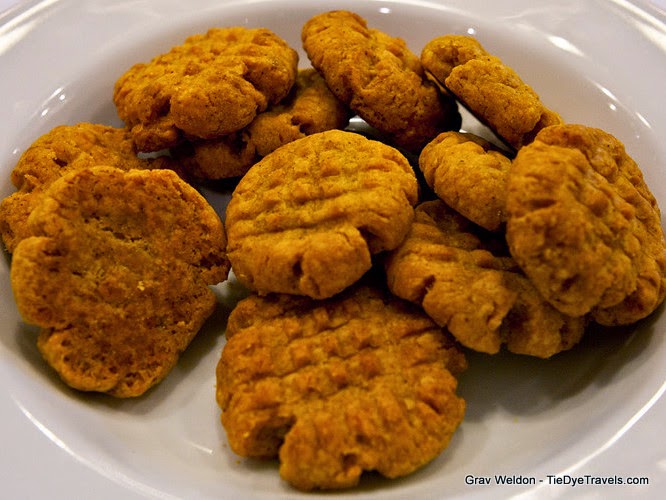 could... but it'd have to be well-handled. I think whoever might be interested in making this happen should be in contact with chefs across the spectrum here in town. It would be good to see our local chefs spotlighted in a cooking situation where they could share lessons with students informally. 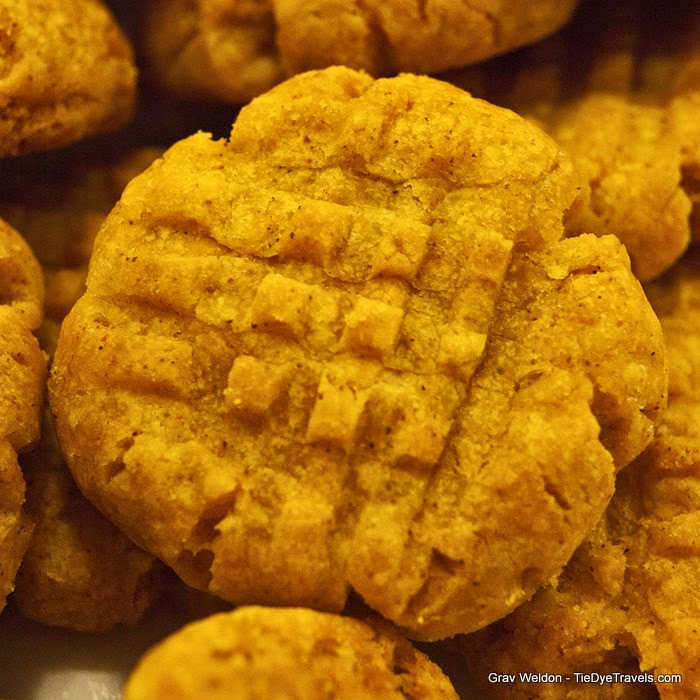 However, eggshell kitchen company is already doing this to a degree in The Heights, and doing quite well with it. They have a wide array of local products as well as cooking gadgets out the yang, and they'll be hard to compete with.

Is it worth it to explore the option? I leave it to y'all. If you'd like more information about the Viking Cooking School, check out this link.
To purchase this article, email Kat Robinson at 1/12/2012 01:00:00 AM