A Bowl Of Chili, A Slice Of Pie And Thou at Sweet Treats in Lamar. 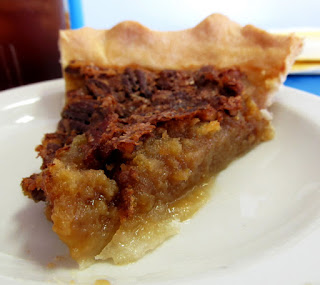 I’ve searched out a lot of places on my own for my pie quest, but this one came to me via Rex Nelson and his Southern Fried Blog. He mentioned this little place by Lamar that served up a great plate lunch and an excellent piece of pie.

But my timing has been horrible. I have literally missed out on lunch at Sweet Treats more than a dozen times. I always mean to stop by on my way up to covering stories in western and northwestern Arkansas, but I can never seem to make that 11 a.m.-2 p.m. Monday through Friday window. That is, until this week. 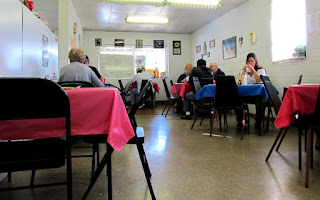 Now, I was hungry, and I was a bit surprised to find that there’s just one lunch special each day. And on this particular Wednesday that special was pork roast with scalloped potatoes, corn, roll and a drink. Okay, so I wasn’t going to be having the lunch special… which was a 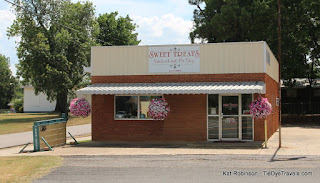 shame, since it was cheap at just $5.45 (there’s even a half size portion for a dollar less). So, what to eat? 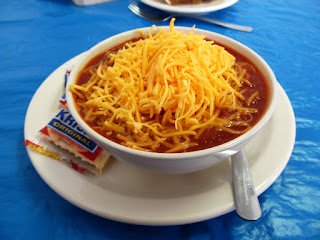 It was cold. I wanted chili, so I ordered it — $3.75 with cheese ($3 with no cheese) and saltine crackers. For that I got a big bowl of chili packed with tomatoes and ground beef, a cumin and chili powder base that would be competition worthy. It was fantastic with saltines and rather filling, too. 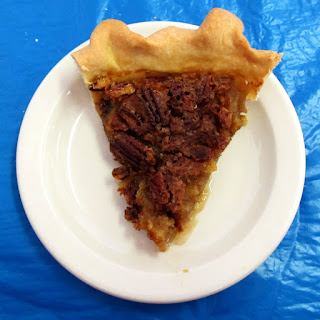 But I had come for pie, and I went for the Caramel Pecan pie. It was interesting — there was a Pecan pie listed, too. The difference? Well, it wasn’t very evident when it first came out. It looked similar to so many pecan pies I’ve had here and there — made in an obviously hand-rolled blind baked flour crust and topped with pecans. One bite later and I knew differently. It was as if a pecan pie and a burnt sugar pie had mated and created offspring, praline-like flavor in a sugary cream. It was a quiet masterpiece. 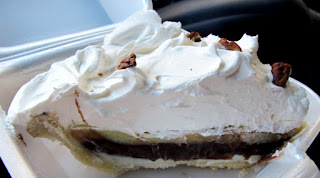 At just $1.75 a slice, I figured it was no sweat off my back to take one to go. I went for the Possum Pie, and was delighted to find not only a tasty pie but one that had a little difference from other pies of the Possum variety. Once again, this pie was in a hand-rolled blind baked flour crust (as opposed to the popular pecan sandy version of the dish). Bottom to top it went whipped cream, chocolate custard, vanilla custard, whipped cream and pecans… a fine example and tasty, too. The flour crust gave the pie just enough salt to bring out the sweet flavors nicely. 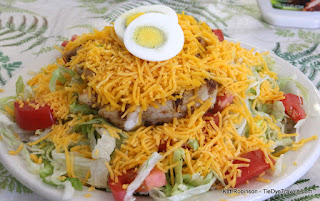 Thing is, if you don’t know it’s there and you aren’t specifically heading to Lamar, you probably would never drop in on Sweet Treats. It’s on the inside of a curve in downtown Lamar, right on Highway 64 in a very unassuming building. But it’s worth a stop-in if you 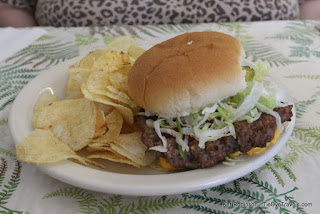 UPDATE:  My friend Kerry Kraus and I dropped in at Sweet Treats in March 2014, to grab a lunch on our way back to Little Rock.  Check out her review here. 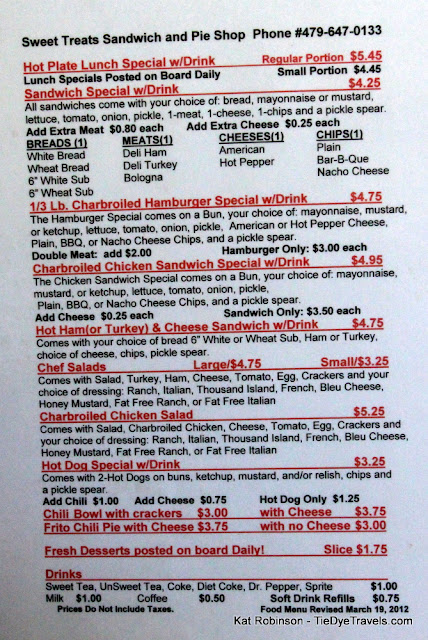 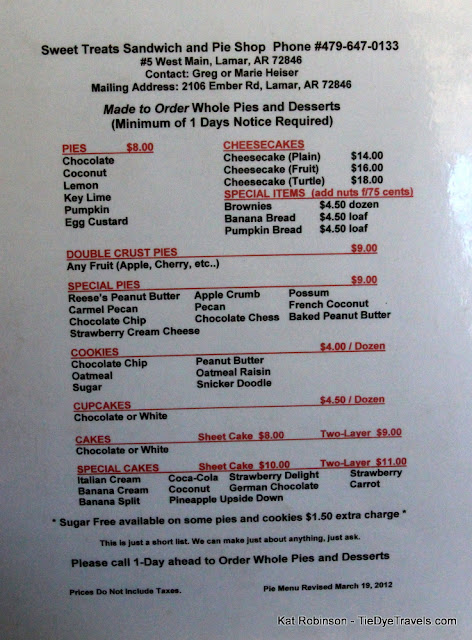 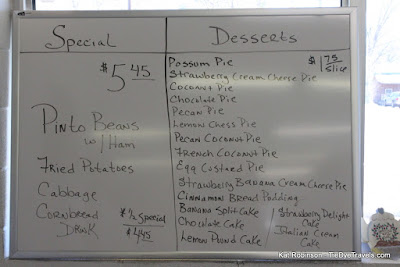