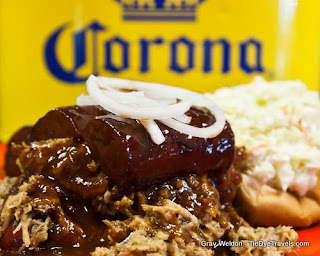 A sausage on every plate. That should be the motto at Ralph’s Pink Flamingo BBQ in Fort Smith. They don’t put sausage on the pie plate, I will give you that. But everything else is fair game.

The pie, thank goodness, is pork free and smooth — and a little on the alcoholic side, if you catch my drift.

I’ve been quizzing the folks up in Fort Smith about good pies since I started on my trek, and the big thing I was told was I couldn’t have the best pies any more. Those were sold at Dora’s, which went out at least a year ago. But I could have a good pie at Ralph’s. Still, I’d get up there and they’d be closed. Every time.

Well, they can’t help that I kept coming up on Sunday and Monday for my stories — they’re closed those days. It’s a family operation and time off is very important. 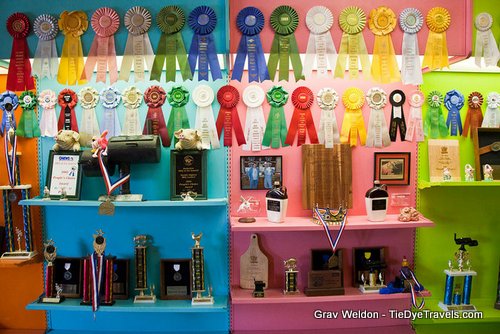 It started off as something different. See, back in 1998 Ralph Taylor and Tim McGuire decided to do something crazy. They decided to go enter a barbecue competition in town over at Columbus Acres — and what do you know, they won first place in pork. 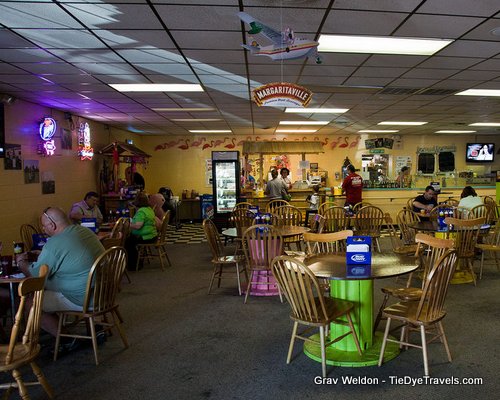 Now some folks would have just taken their good fortune in stride and carried on as normal. Not these guys. They revved it up, learned all they could about barbecue and set out on the competition circuit. They joined the Kansas City BBQ Society and started attending those sanctioned events in 2001. They called themselves Pink Flamingo BBQ because, as they say, “we’re cheap, we’re tacky and you don’t want us in your yard.” In 2003 they won First Place Sausage at the American Royal competition (against nearly 500 other competitors) — which is why they always have a piece of sausage on the plate. Eventually Ralph’s wife and two sons joined the team, making it a family affair. And eventually the restaurant was opened on the corner of Old Greenwood and Country Club, in the corner of an L shaped shopping center.

They love bright colors inside, as we discovered on our visit there. I wanted a substantial lunch along with my pie quest, but the first stop was to the pie case. Within were a plethora of chocolate covered strawberries on plates, plated slices of strawberry cake… and slices of what appeared to be chocolate pecan pie. 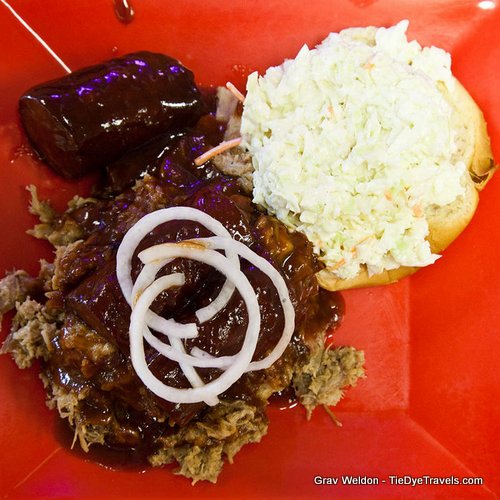 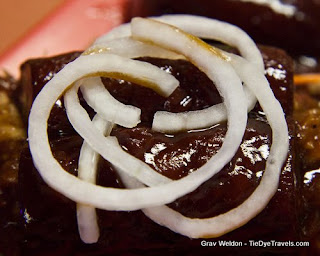 We went through the line and figured out our dinner. My traveling companion got himself a Barbecue Bubba sandwich ($7 normally; on special for $6 this day) — a big pile of shredded pork butt topped with a split sausage on one side of a bun and a big pile of white cabbage coleslaw on the other. It came topped with a couple of white onion ringlets. This was a pile no ordinary sandwich could handle. A veritable mountain of meat. It was juicy and smoky and competition worthy. 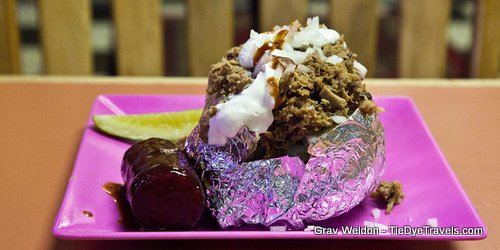 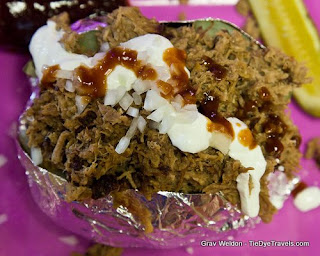 I saw one of my favorites and went for it, the BBQ Stuffed Potato ($6.50), which you can have stuffed with your choice of meat. I went for shredded beef. I was directed over to a specialty bar on the side after my purchase to apply the desired accoutrements. In addition to the shredded Cheddar and sour cream I added, there were real hunks of bacon, butter, multiple types of pickle and some peppers to boot. Nice add-ons. And that potato was piled just as high with the ‘cue as the sandwich was. Substantial amounts of smoked beef were standing tall on my potato, which was close to a pound in itself. That’s a meal. 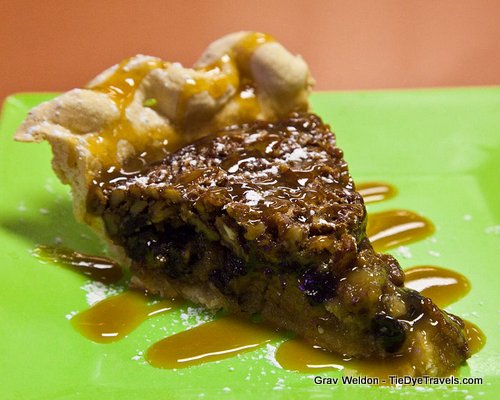 But what you really want to hear about is the pie, and rightfully so… because this pie is a sin. It’s probably the most alcoholic pie I have encountered on my trek. It tasted like the Pillsbury Doughboy had taken a shine to Jim Beam and had decked him one. Not that the flavors were drowned out by the bourbon, either… there were huge chocolate chunks in amidst the pecans and custard, too. It is a worthy pie, and worth a sit-down at a good barbecue restaurant. I shall dine there again. 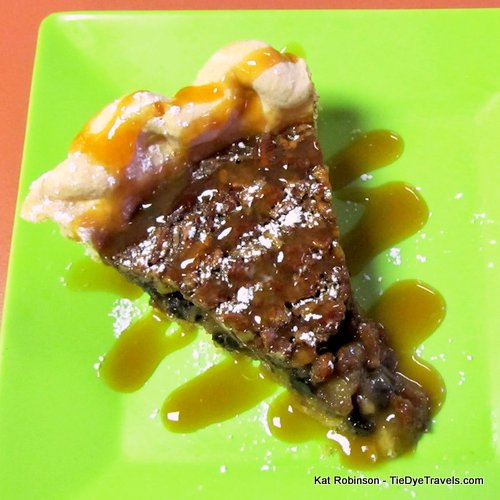